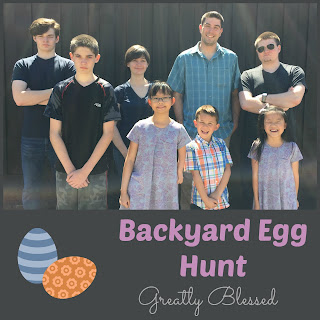 My posts seem to be getting further away from the date the action occurred, and also more sparse in general.  The ol' blog may be winding down. 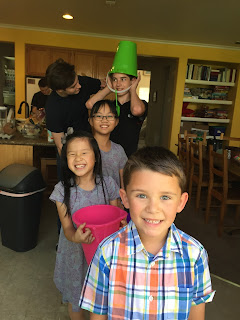 We had 5 hunters this year.  Josiah and Brianna decided they were too old. 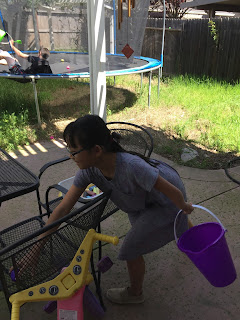 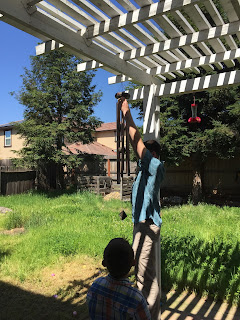 Actually, I recently saw an idea on Facebook of hiding craft beers instead of eggs for one's adult children.  I may give that a try next year. 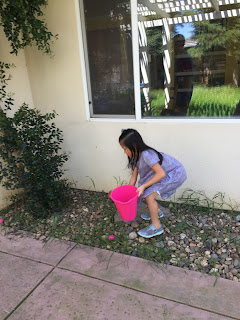 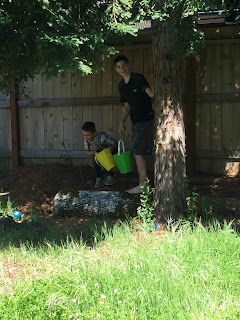 Brianna filled 35 eggs of each color. 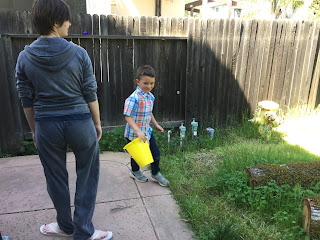 We tried to make the yellow and pink ones slightly easier to find, for the younger kids. 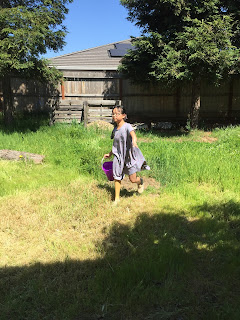 The back yard needed to be mowed, but I asked Paul to put it off until after our hunt. 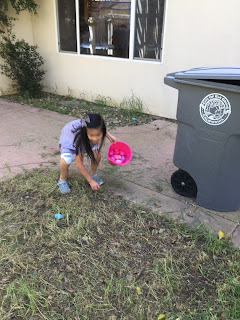 The problem with that was... it was slightly unfair to Jack, whose color was GREEN. 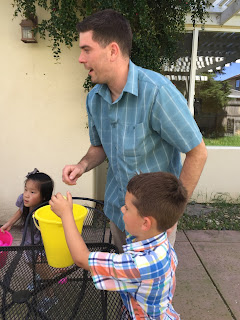 Zach helped Brayden by playing hot and cold for the last few of his. 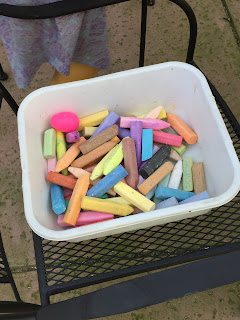 Sometimes they're right under our noses, and still so hard to see. 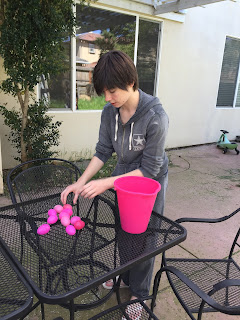 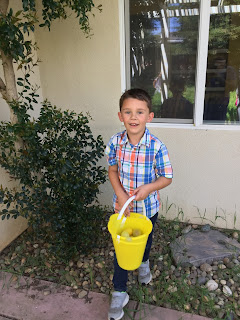 I hope to see more of this guy during the summer. 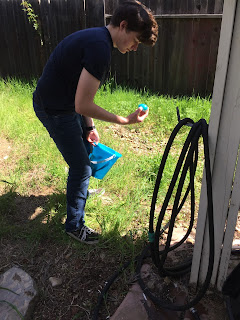 Is it me, or are the kids leaving faster than I'm ready for?  I'm barely over Sam being gone, and Brianna leaves in 2 months.  I'm painfully aware that I only have a little over a year left with Eli. 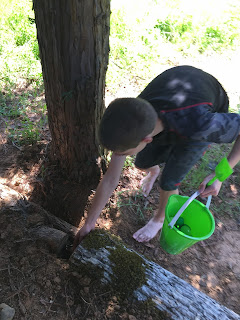 Don't even want to think about Jack flying the nest.  Fortunately, we have all of high school to get through with him, first, and I know that parts of the high school years seem to drag on forever, so I think I'm good there. 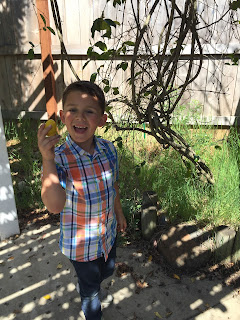 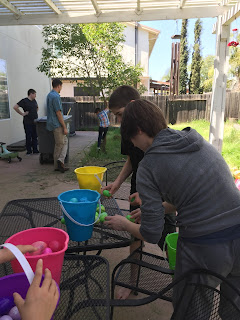 In the end, everyone but Jack found all their eggs (some had help for the last few).  Paul came across at least 3 more of Jack's green eggs when he mowed the weeds. 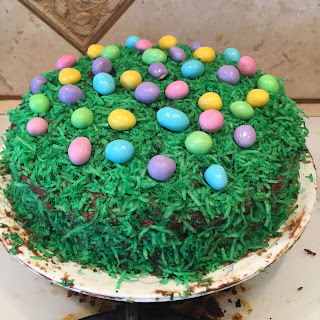 Chocolate Easter egg cake by Josiah.  The "grass" is coconut with green food coloring, and the eggs are peanut M&Ms. 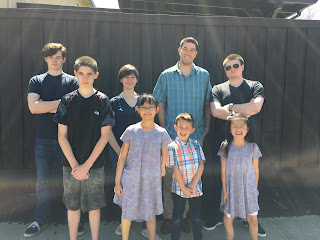 My people.  Verklempt that my group shots seem to be shrinking. 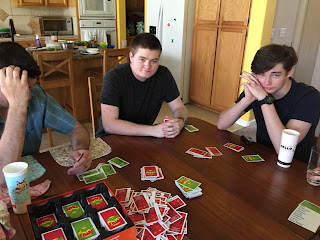 The "grown up-ish" ones of us played Apples to Apples while the youngsters simply played.  We did have one crisis, when Hannah and Brayden went over the edge off the trampoline, but no more than minor injuries were sustained.  Paul decided that it's time to take the trampoline down, since the net is no longer functional.  We've gone through 3 trampolines, and I think we may be done with them now.