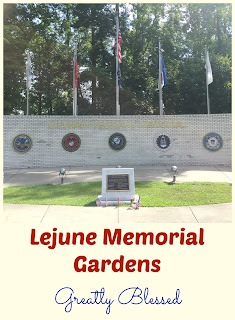 Although it's called Lejune Memorial Gardens, this site is outside the actual base, meaning you don't have to have a base pass or be with authorized personnel to visit.

The largest of the memorials is the Vietnam Veterans Memorial.  You walk along a nicely landscaped path, and then you come to a big circle. 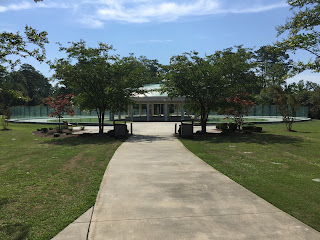 There are over 58,000 names etched on the glass panels.  It's very moving to see them all. 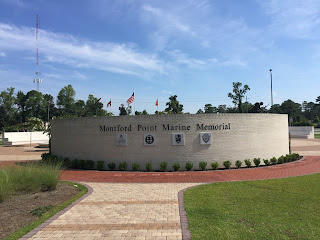 The Montford Point Marine Memorial is dedicated to the initial African American Marines of the early 1940s. 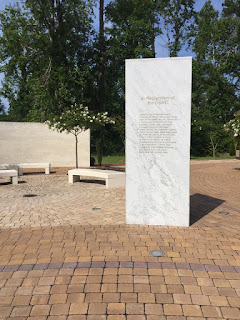 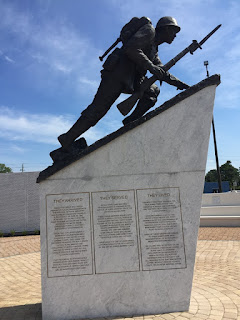 These men showed themselves to be brave and honorable, and after only 7 years, the Marine Corps became fully integrated.  In talking with Sam, he said, "Other branches sometimes have issues with racism, but we don't really have that."  Obviously, there will always be individual people who are racist, but it's nice to know that there seems to be equality within the organization. 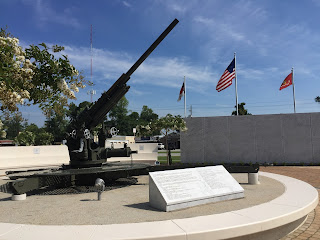 Weaponry from WWII, which all Marines would have trained to use. 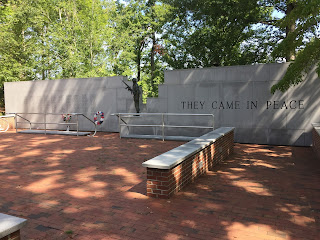 The next memorial is the Beirut Memorial and Grove.  In addition to this wall, students helped plant trees representing each of the 273 Marines who died in what was supposed to be a peace keeping mission. 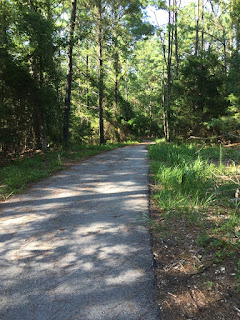 There are trails from site to site, and I got about a mile walk in here.  Aside from the humidity and heat, it really was lovely. 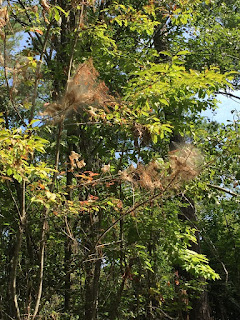 Although, the giant cobwebs in the trees made me wonder if I'd accidentally stumbled into Shelob's lair. 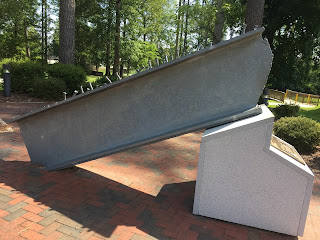 The final memorial is the 9/11 Memorial.  This section of beam from the Twin Towers was given to the first troops deployed in the war on terror. 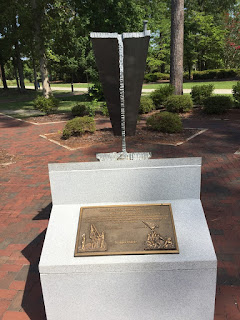 If you can't read the plaque, it mentions "Leather helmets" and "Leathernecks."  As we have both in our family, it was particularly poignant for me. 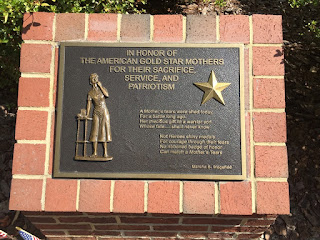 This plaque represents a club no one wants to belong to.  When a Blue Star Mom loses her child in service, her star turns gold. 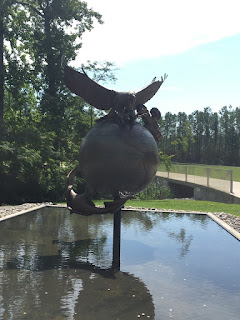 This 3D Eagle, Globe & Anchor marks the site for the coming Marine museum that will eventually be constructed here.

This feels like kind of a heavy post, but Remembrance is important, and I'm glad I got to see the ways the Jacksonville community sets aside space for doing so.