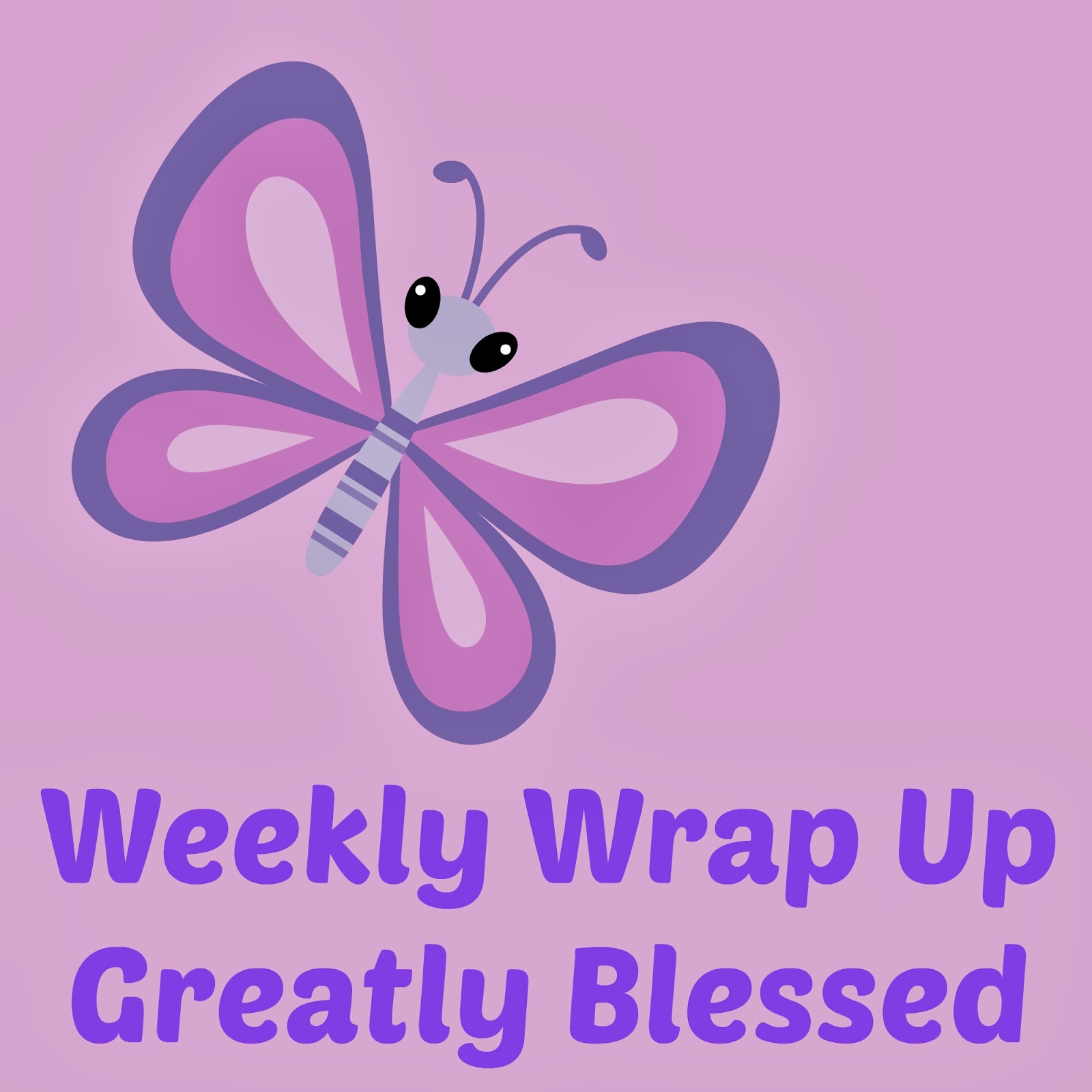 What have we been up to this week?  A little bit of Greek mythology.  Eli read The Trojan Horse

to us, and I've started reading The Children's Homer

aloud to the kids. 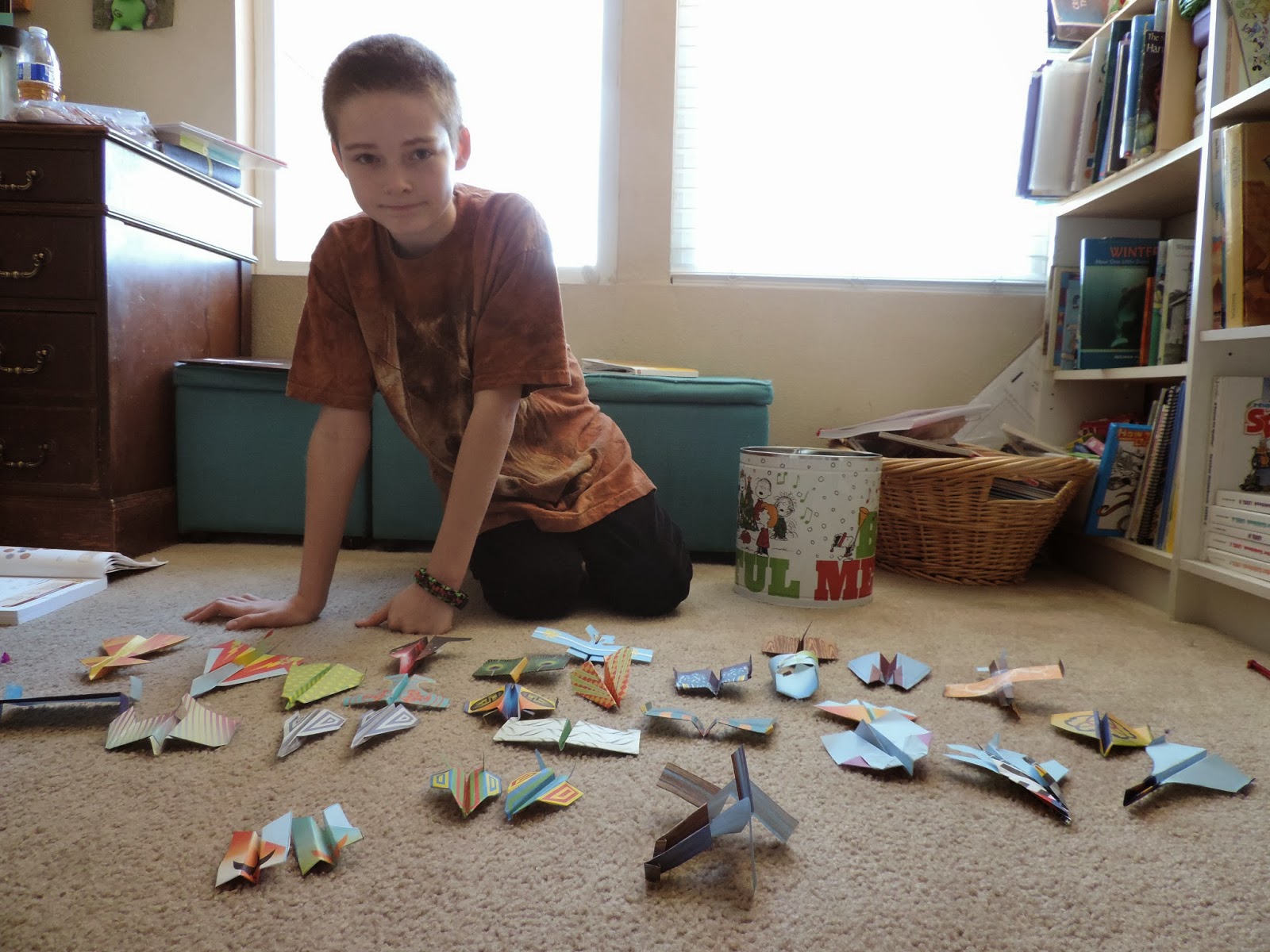 Eli loves airplanes, real, model, or paper.  These are from his paper airplane daily calendar. 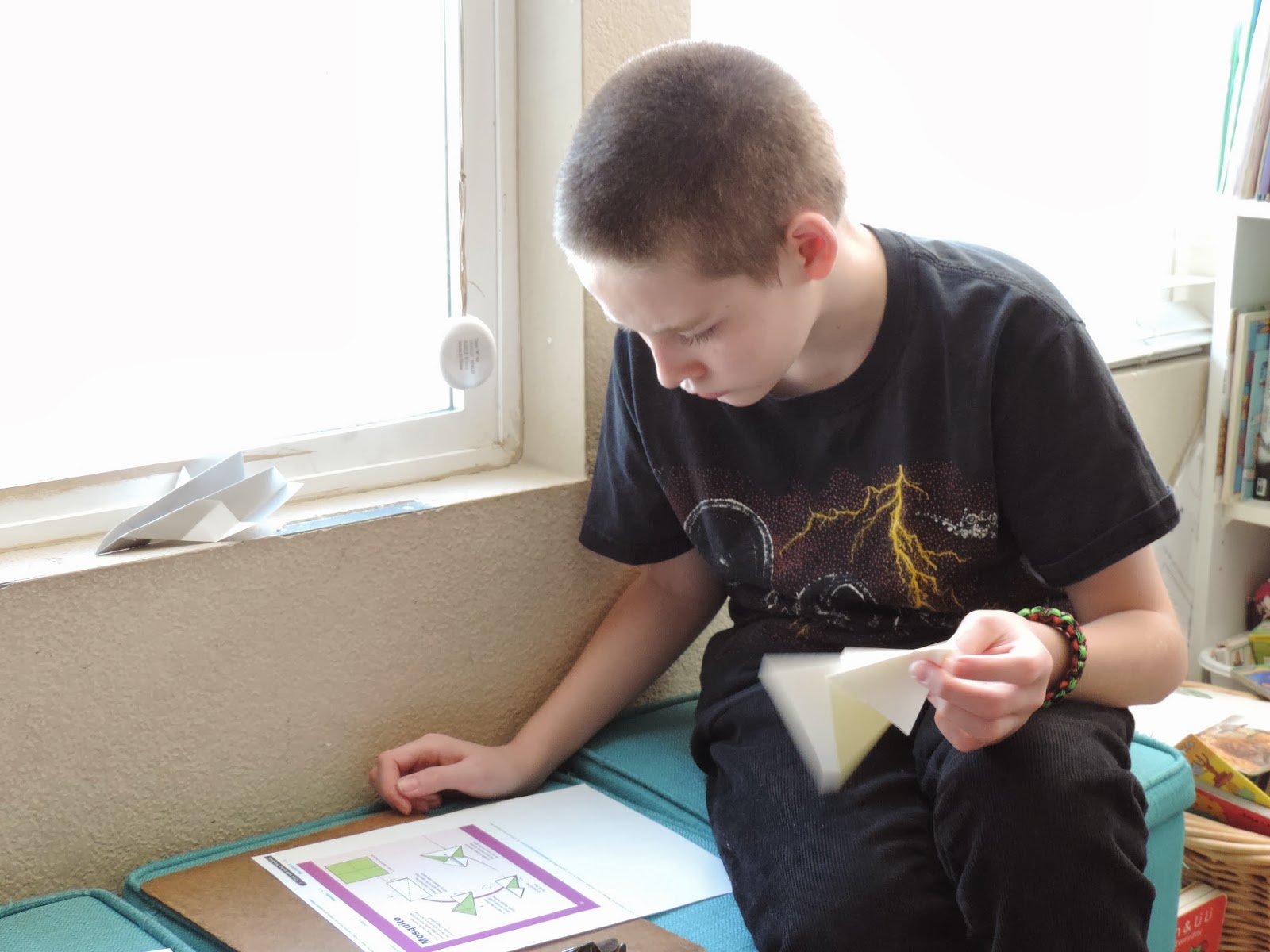 I subscribe to the Dover Publications email newsletter, and each week they offer freebies from their great coloring books

.  This time they had some paper airplane directions, which I printed for Eli to make while we were listening to our reading selections. 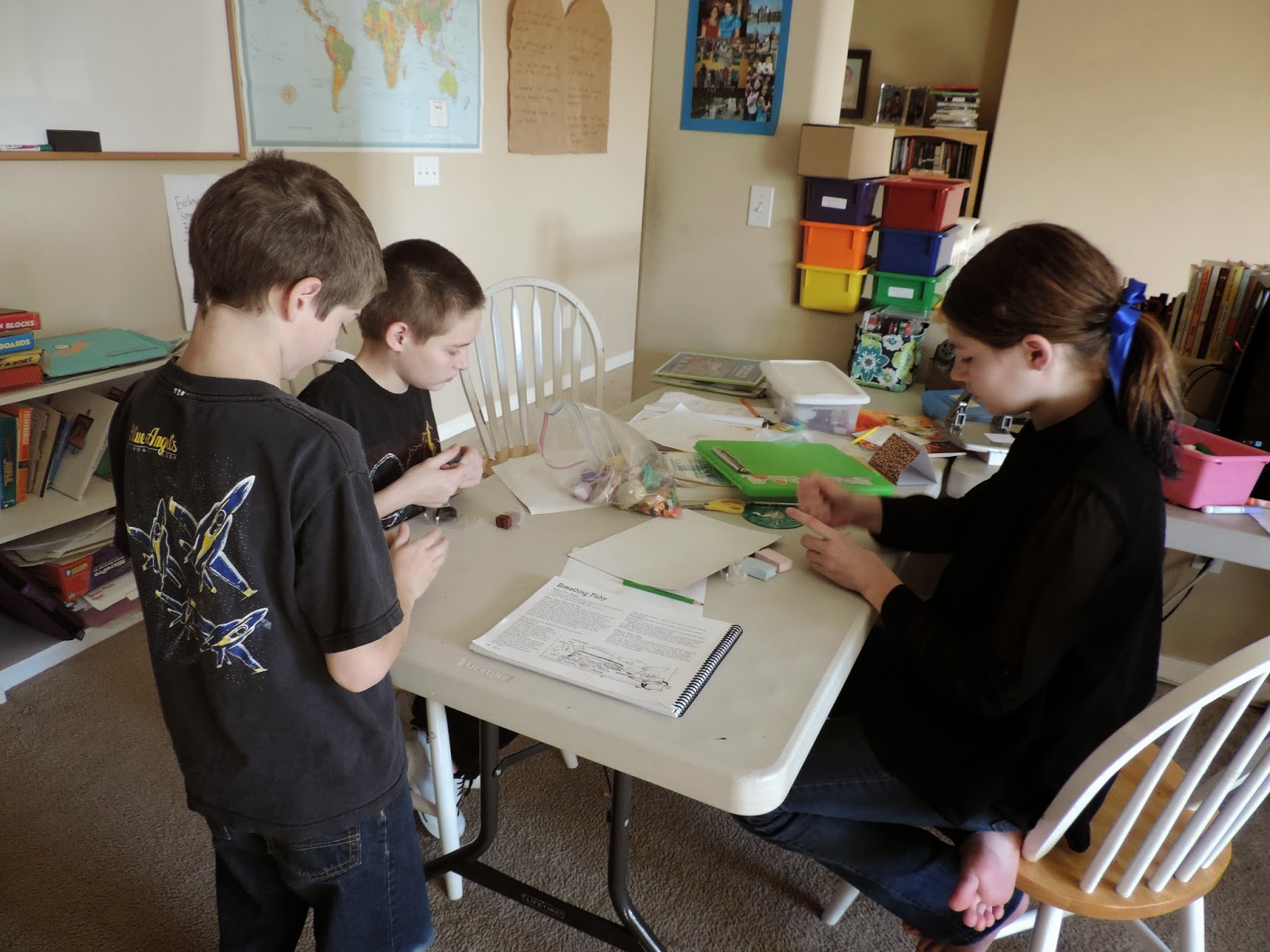 In our not-favorite science book, the kids made model fish guts this week. 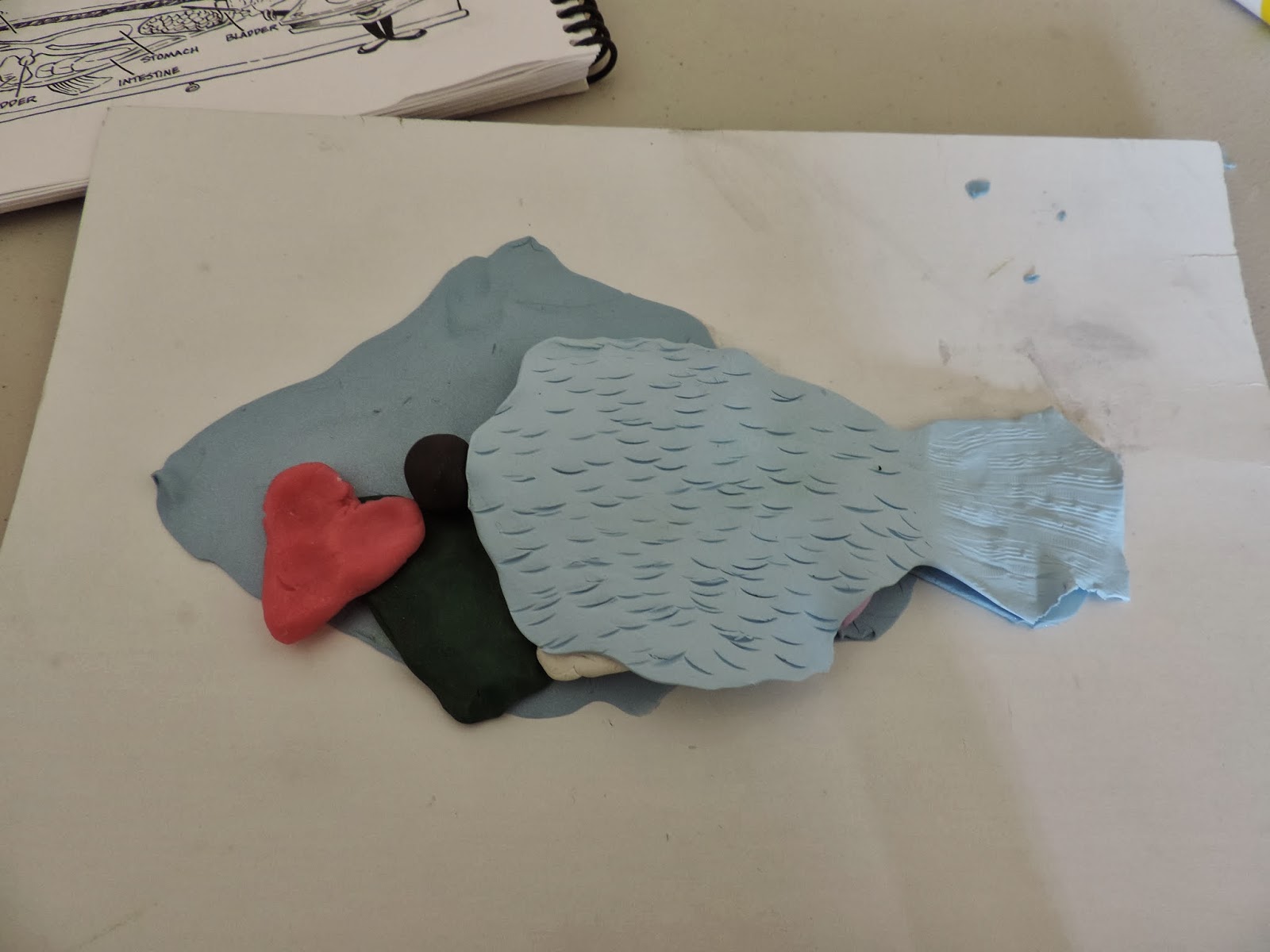 They even made a scaly covering. 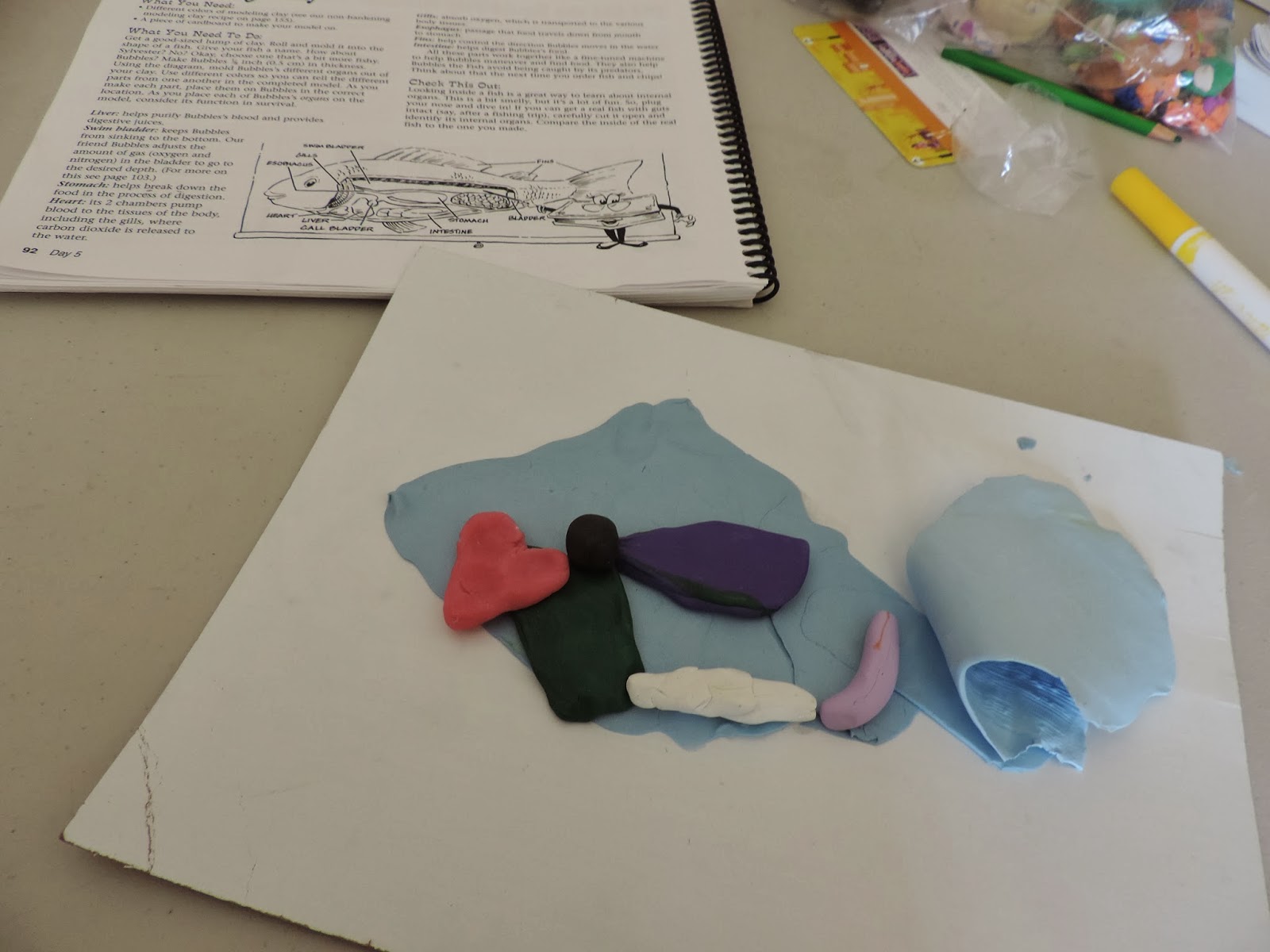 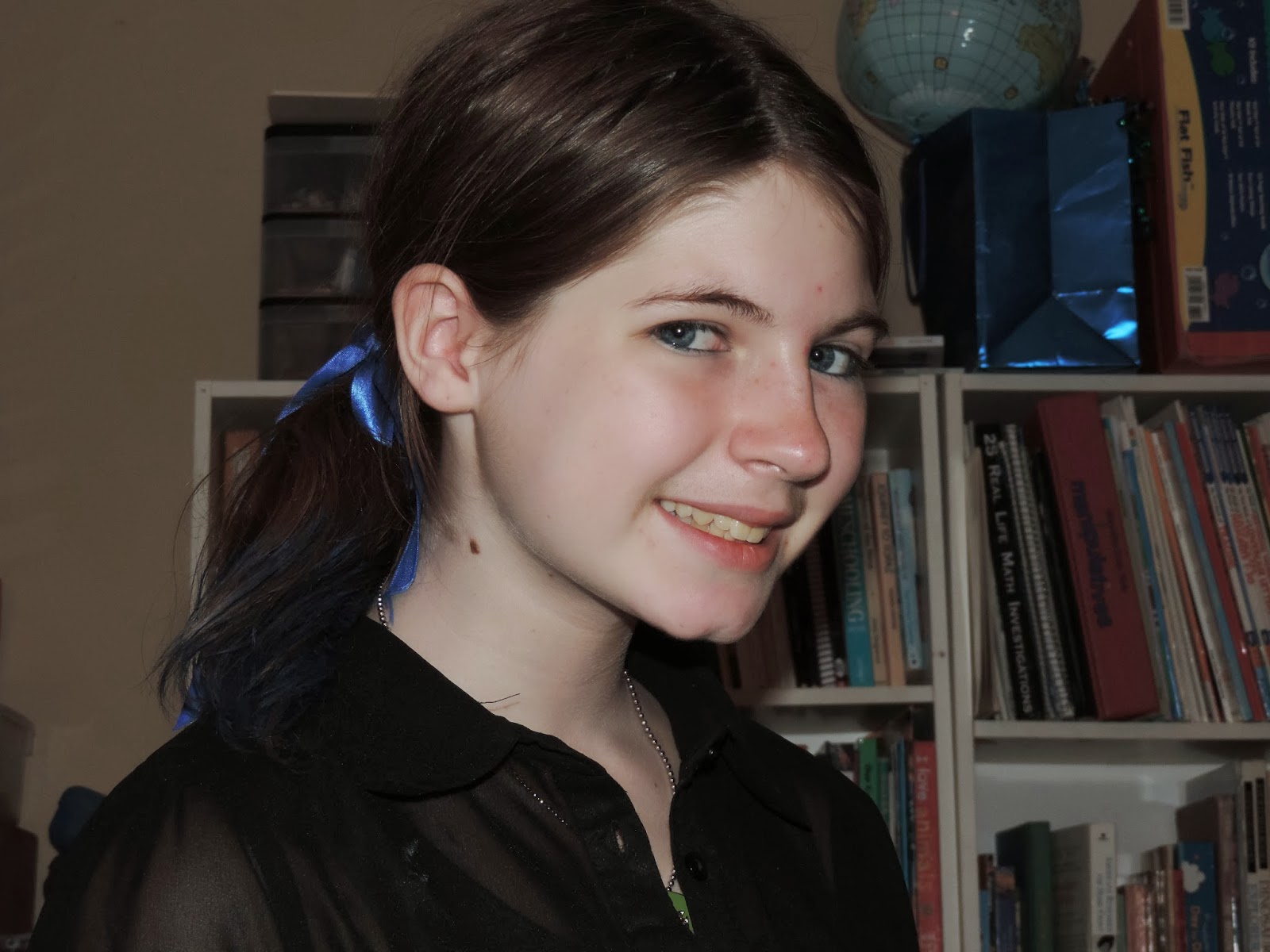 Brianna got into the blue hair dye this week, but was disappointed with the results.  I think she'll be trying something else soon.  She goes off to conservative school in the fall, so she wants to try out funny hair color while she still can.  I may just buy her a bottle of peroxide and some koolaid packets.  I've mellowed out so much in my old age. 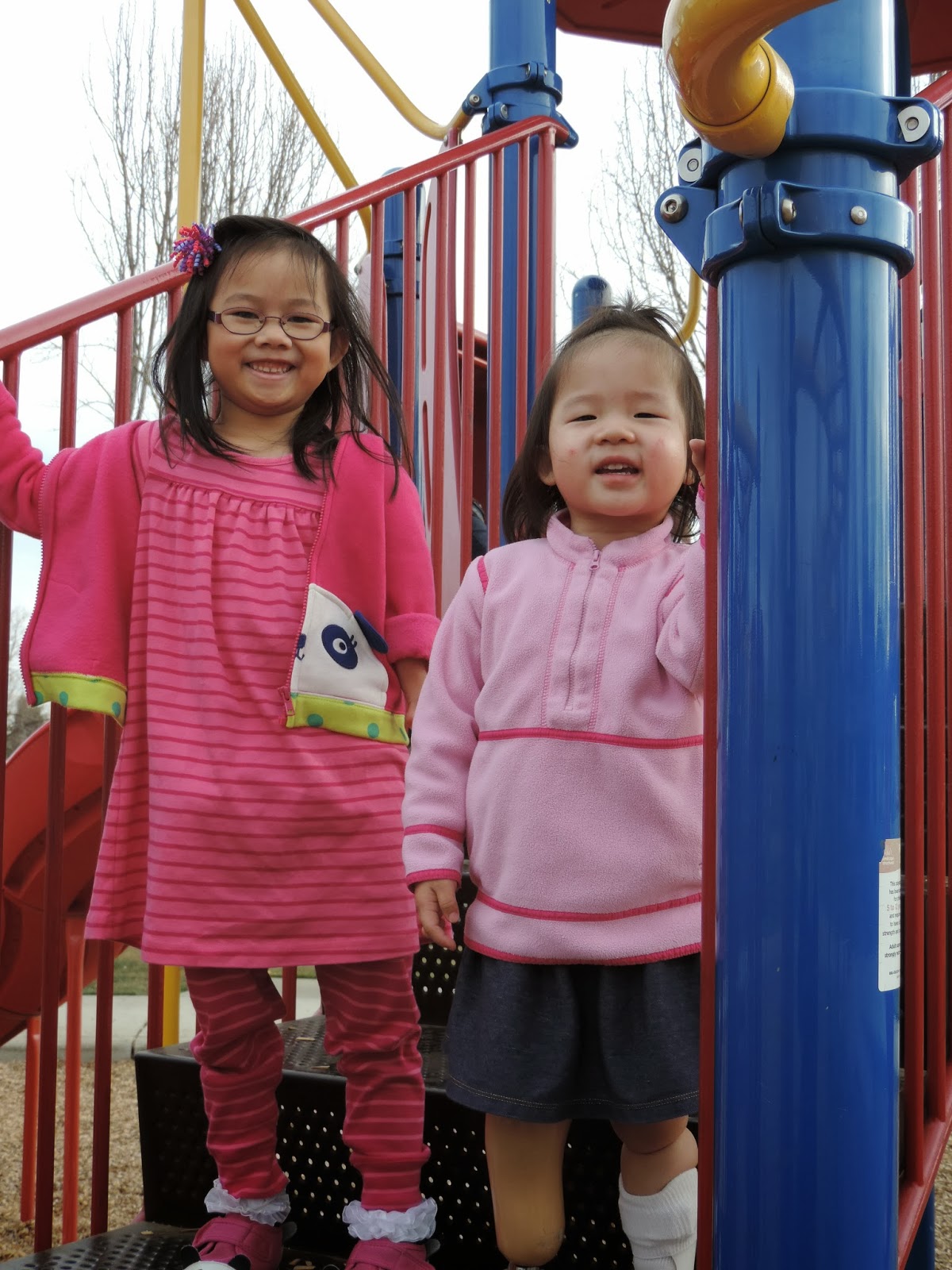 This week we went to the park!  We met up with some other homeschoolers.  Mine were not the only adopted kids there, which is always nice. 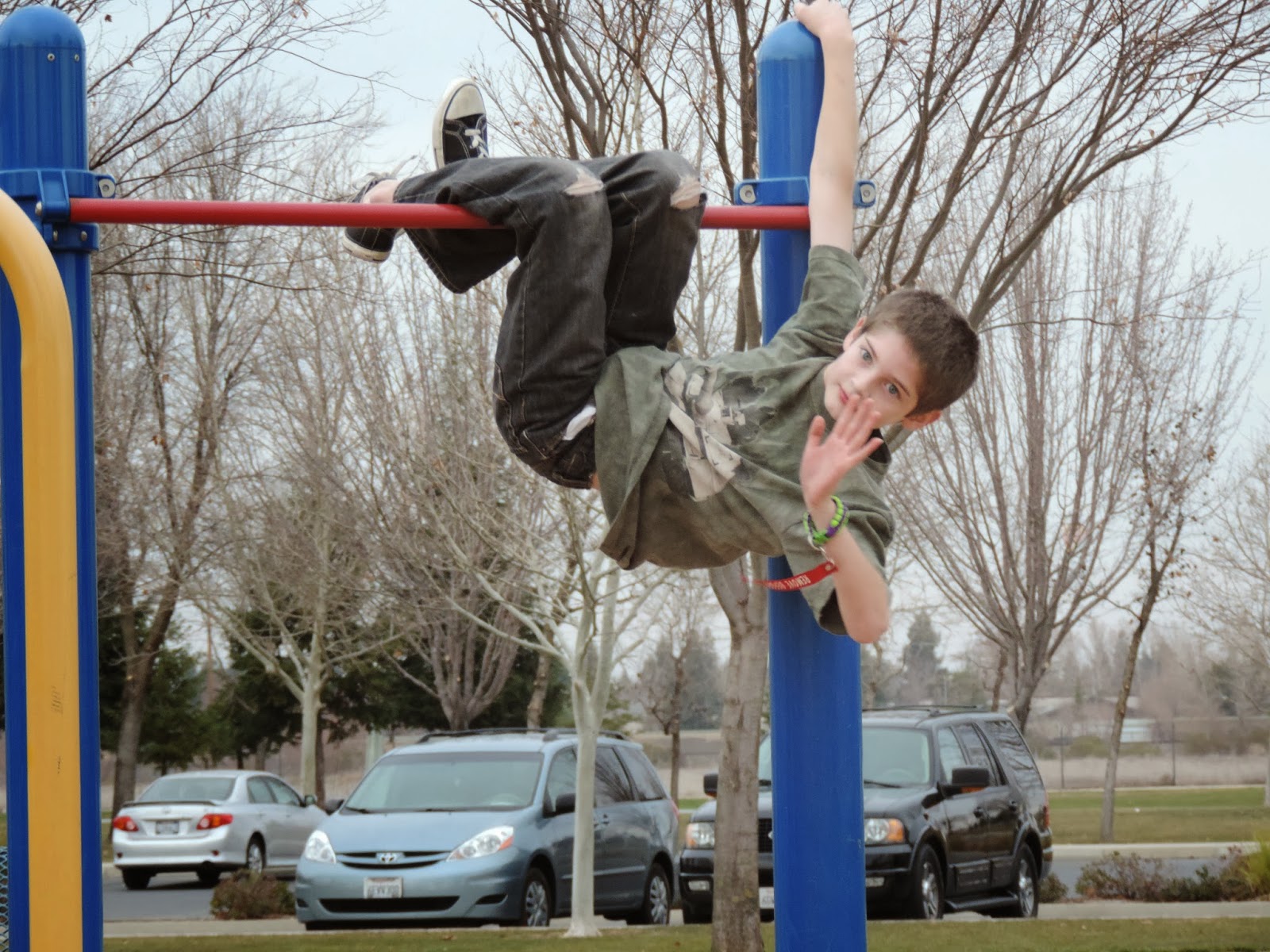 Sometimes I feel a bit freakish in groups as the only ________________, so it was nice to have other homeschooling, adoptive mamas around. 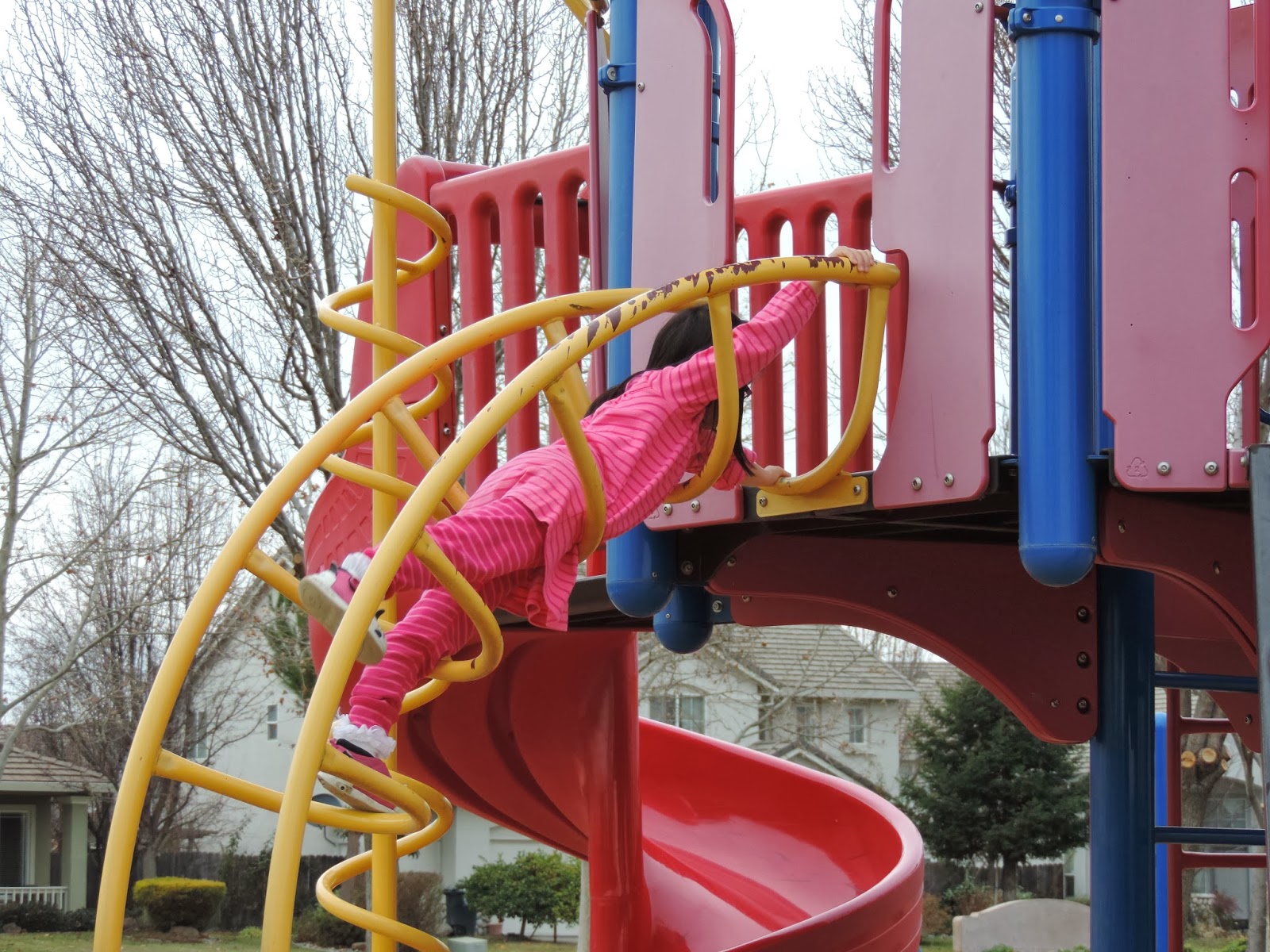 Hannah looked at this yellow ladder a couple times before attempting it.  She went up a couple steps and then decided she couldn't do it, and started to go back down.  I told her to keep trying because I knew she could do it.  She wanted me to help her, but I wanted her to know she could do it herself.  And she did!  A playground sometimes brings out the (very few) things that my girls with limb differences cannot do.  But I knew this wasn't one of them, so I pushed her a little to try even though it was scary. 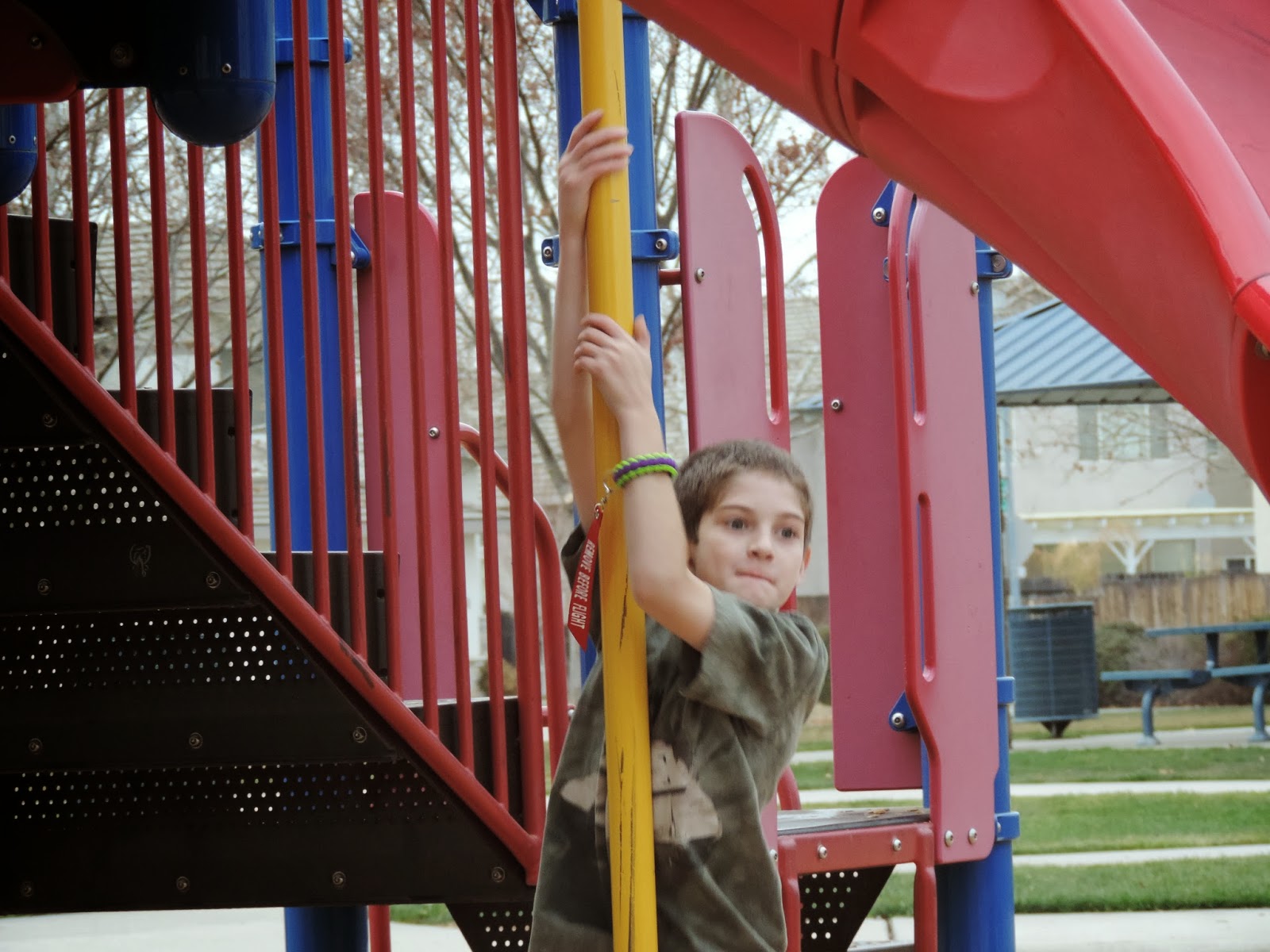 The fresh air felt so nice! 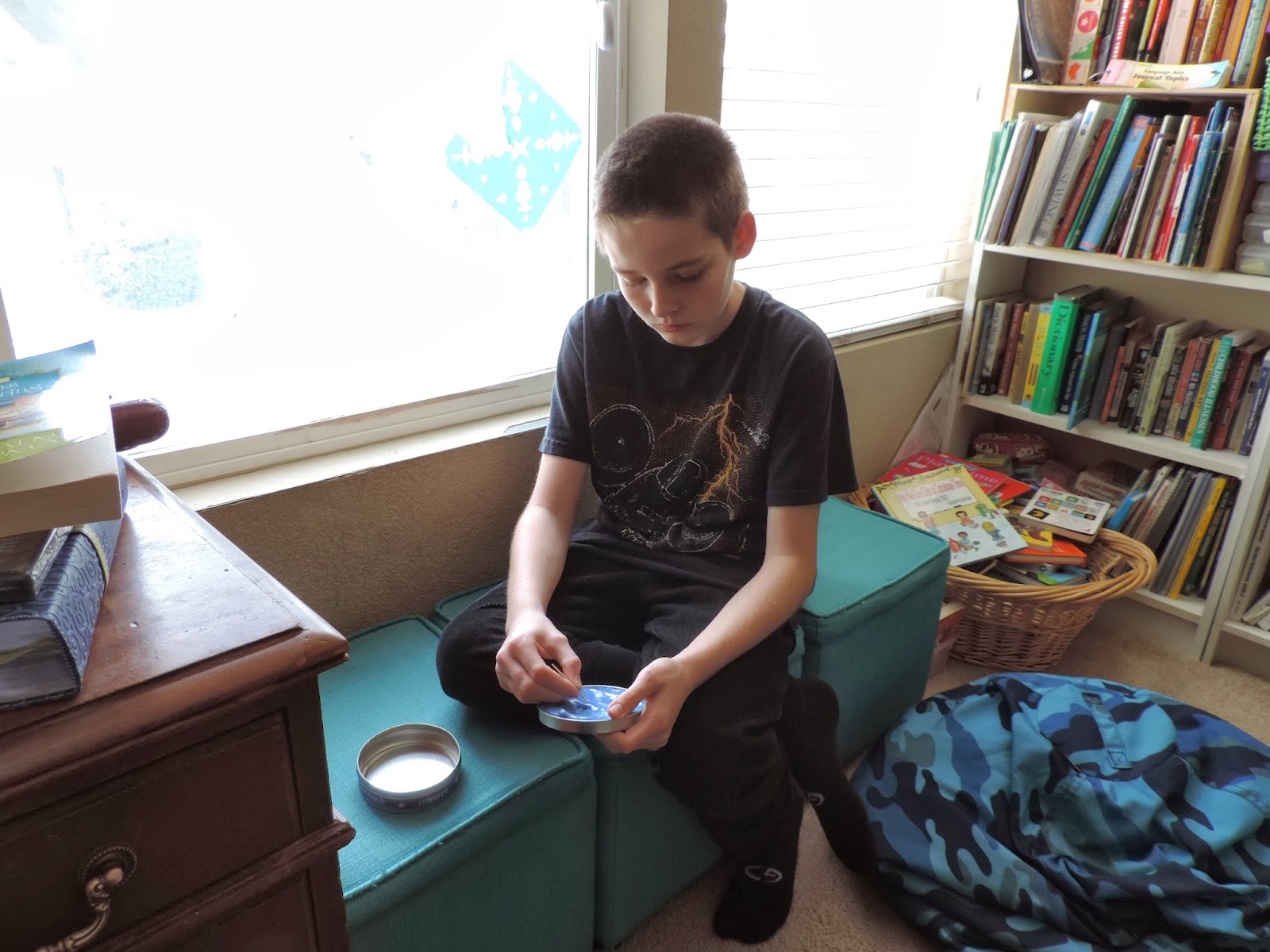 My boys got thinking putty

in their stockings this year.  The idea was that they'd have something to mess with while I read aloud.  I read aloud a lot with this curriculum. 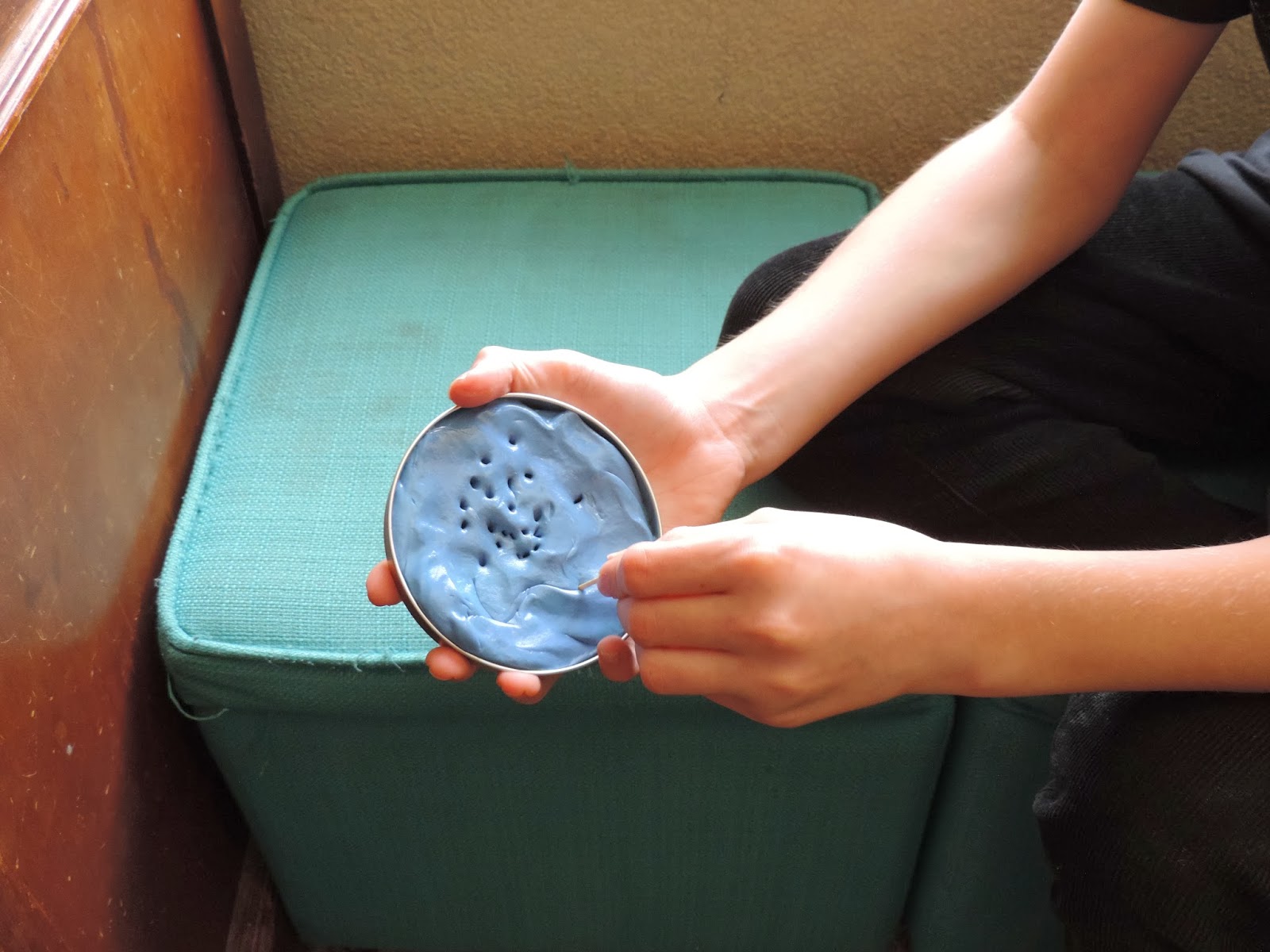 I look over, and Eli is poking his with a toothpick and I thought, "What a great fine motor/sensory activity!"  I'll have to remember that for Katie and Hannah!  I'm adding pink & purple thinking putty to my list of things I'll be needing for next school year. 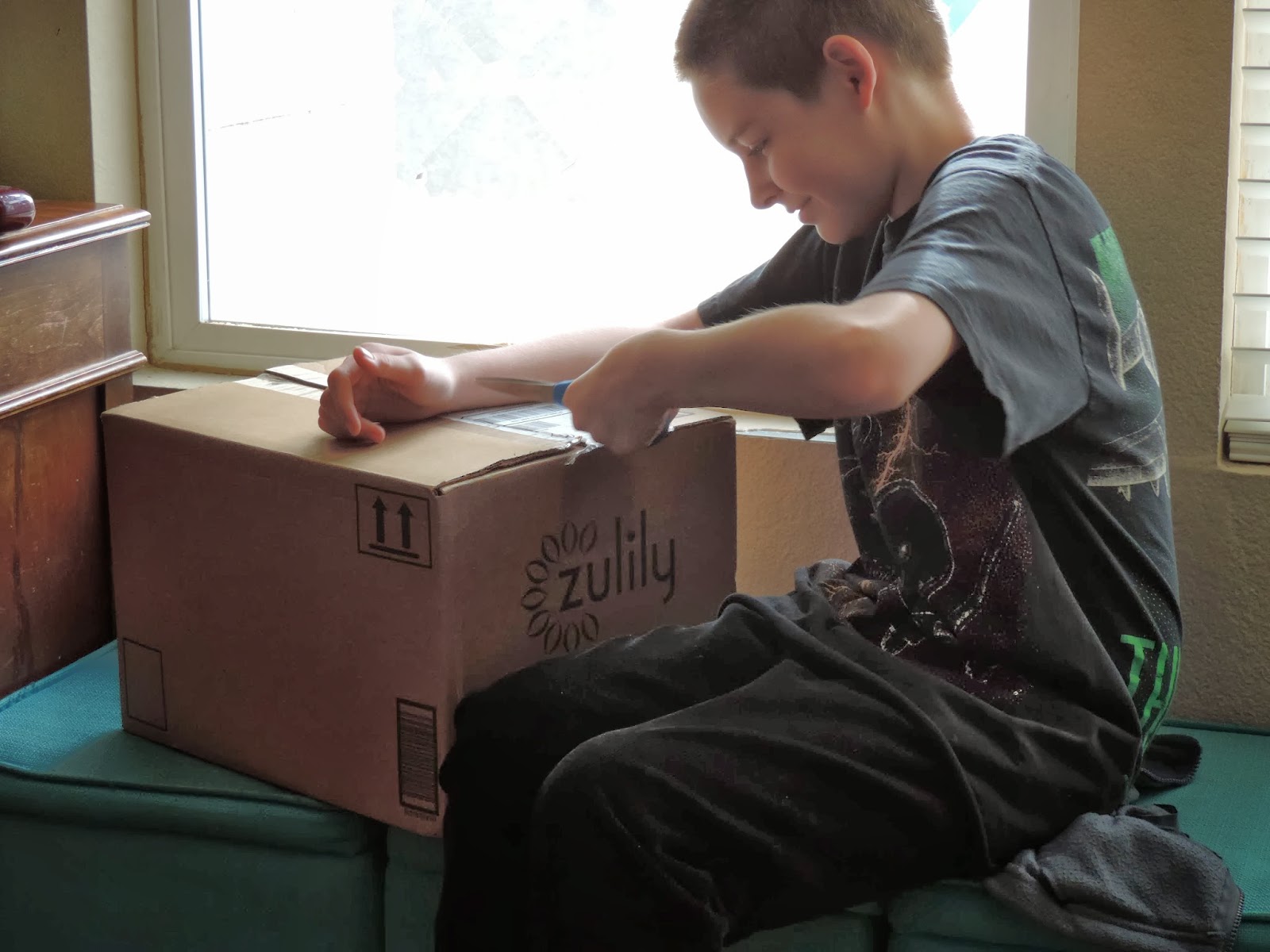 We get a lot of packages.  This was one that Eli was anticipating, so I let him open it. 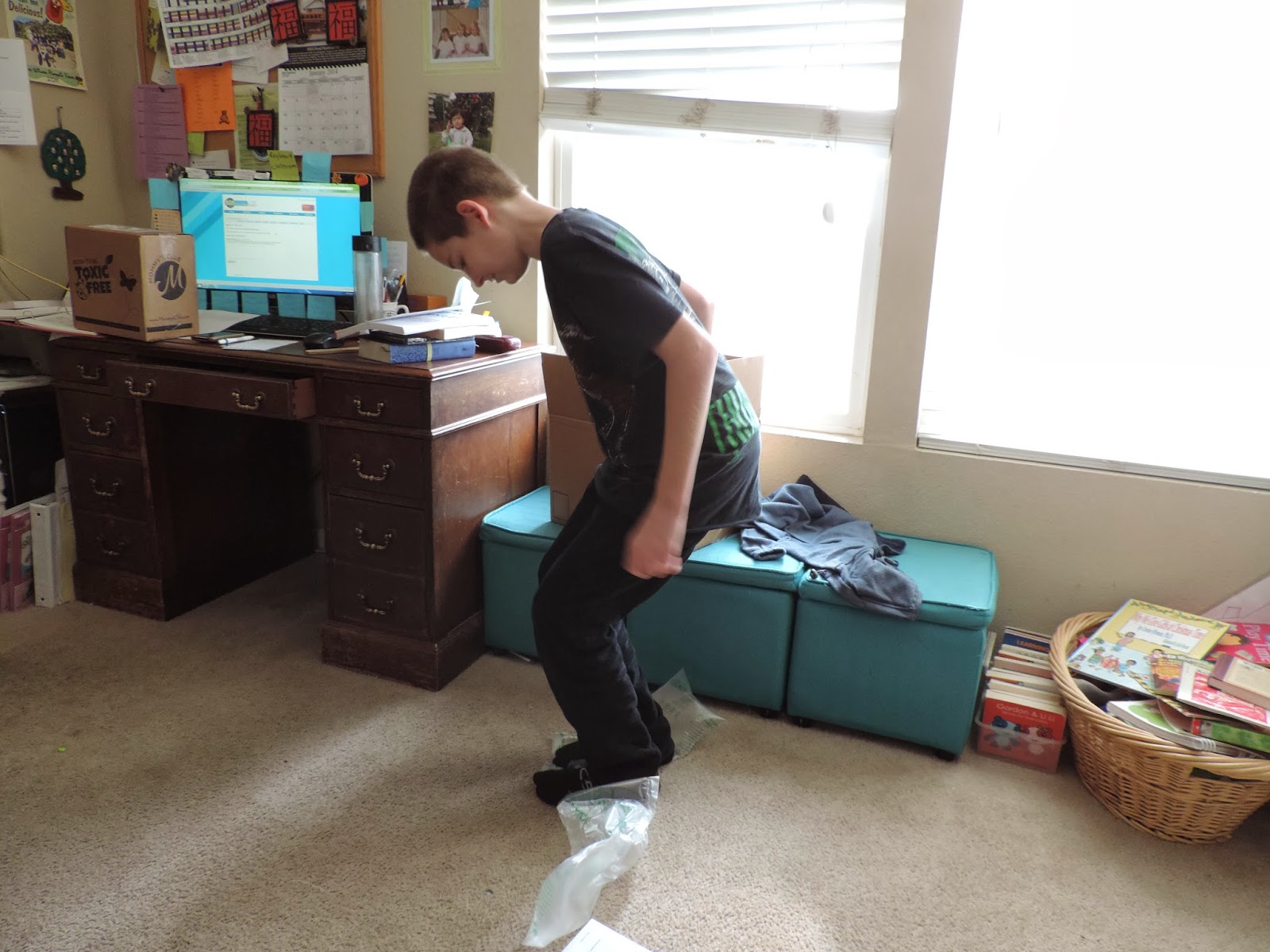 This bad habit?  I totally started it.  Guilty!  I love stomp popping the air pouches everything comes packed in these days. 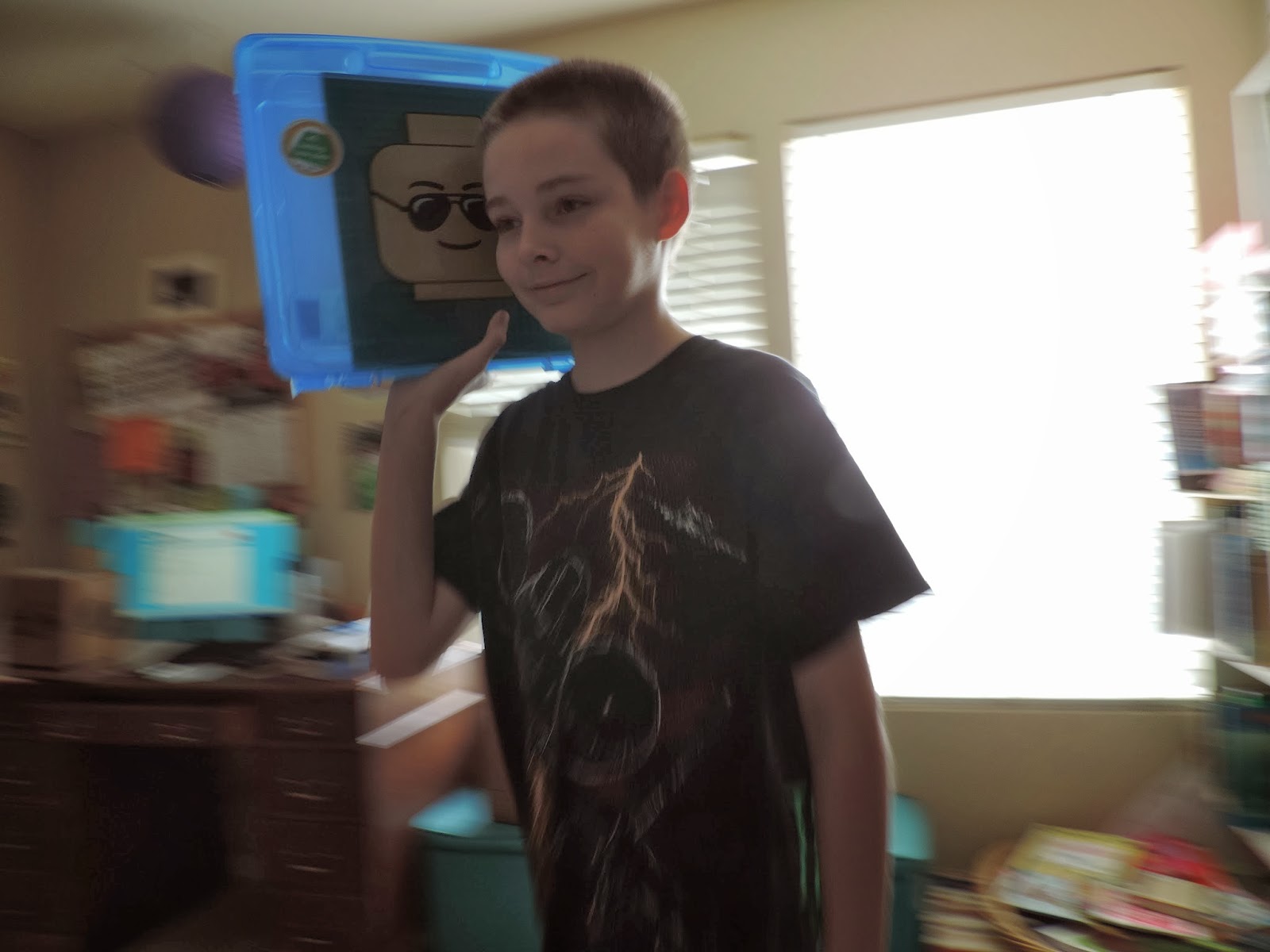 And here's a quick shot of Eli rushing off with his new Lego project case.  It even comes with a base plate! 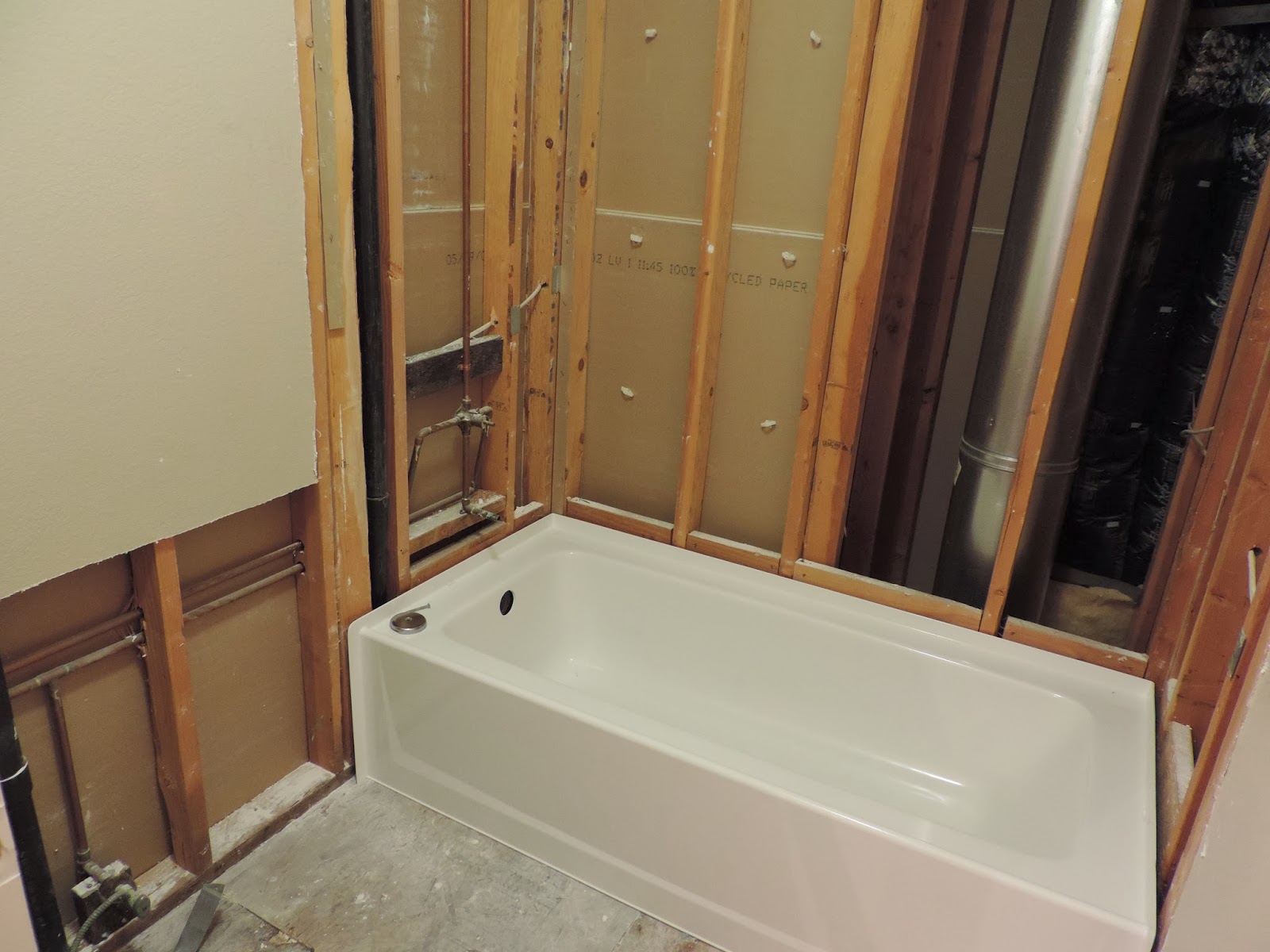 A small amount of progress was made on the bathroom remodel this week.  I'm starting to get anxious for that to be finished, because I'm going to attempt to potty train Katie when it's done. 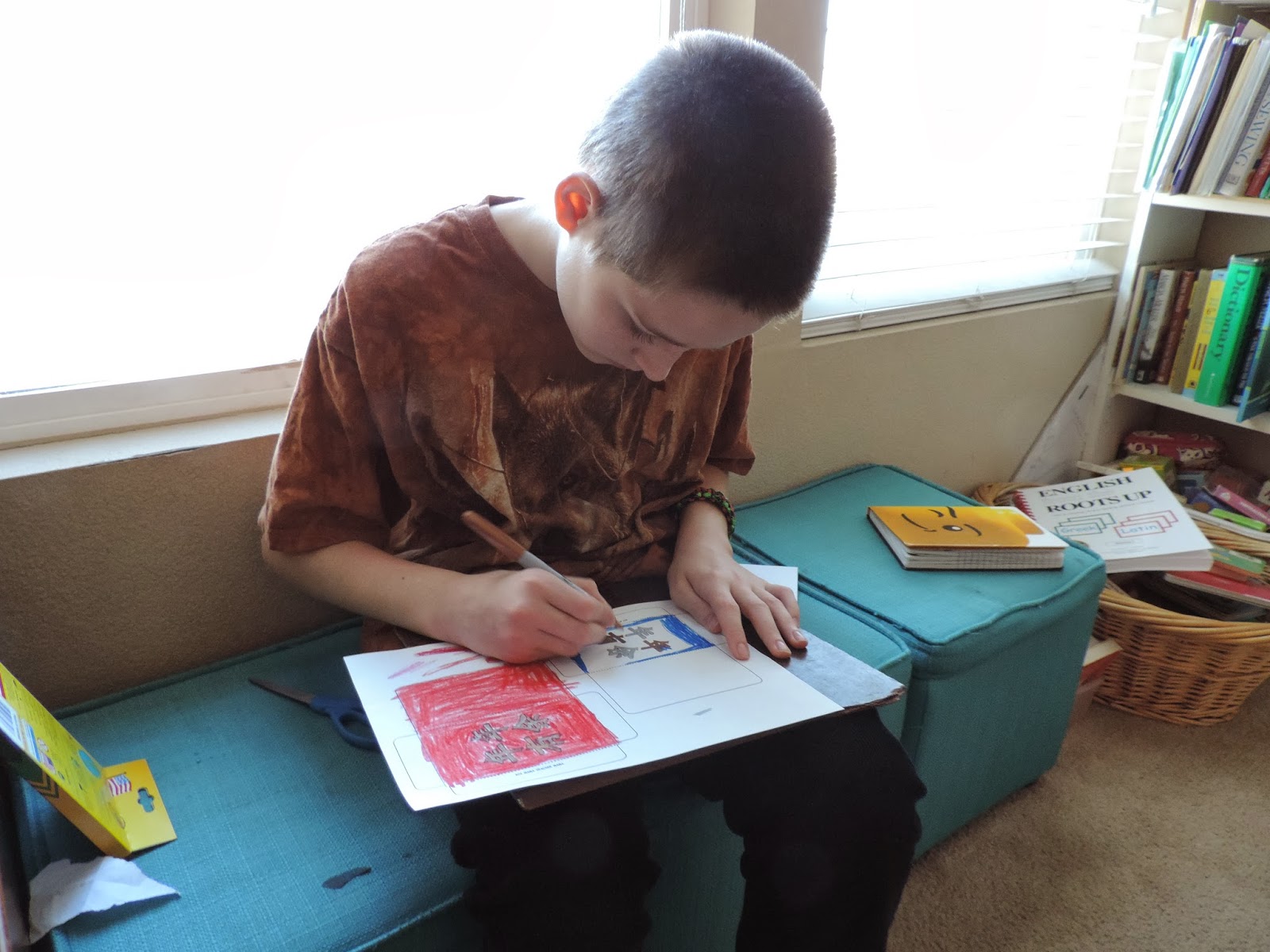 In what looks to be our next to the last CNY craft, the kids decorated red envelopes for Chinese New Year.  (Although "red" was open to interpretation.) 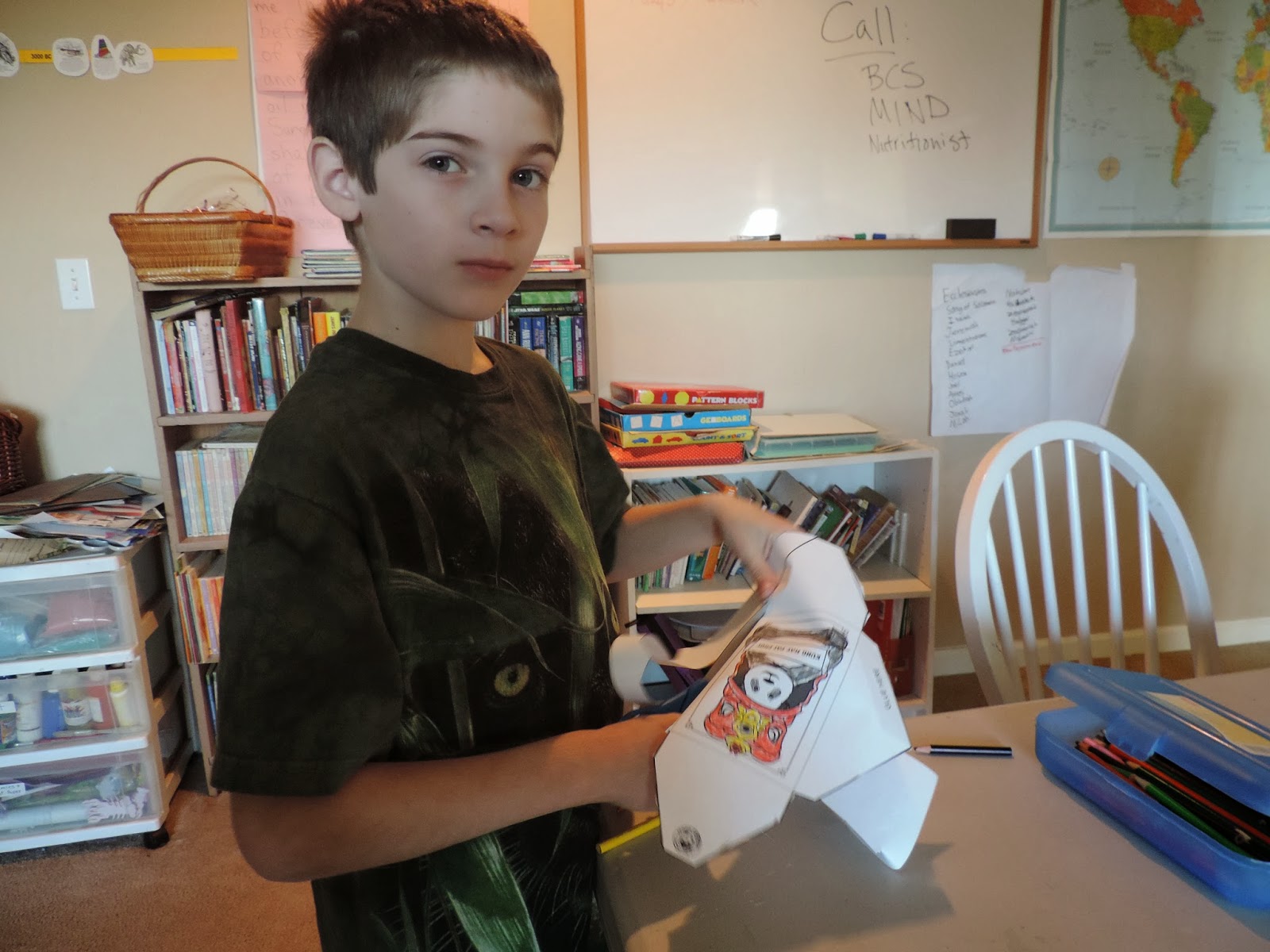 There are a lot of printable ones online.  Jack's is from Panda Express' CNY educator materials. 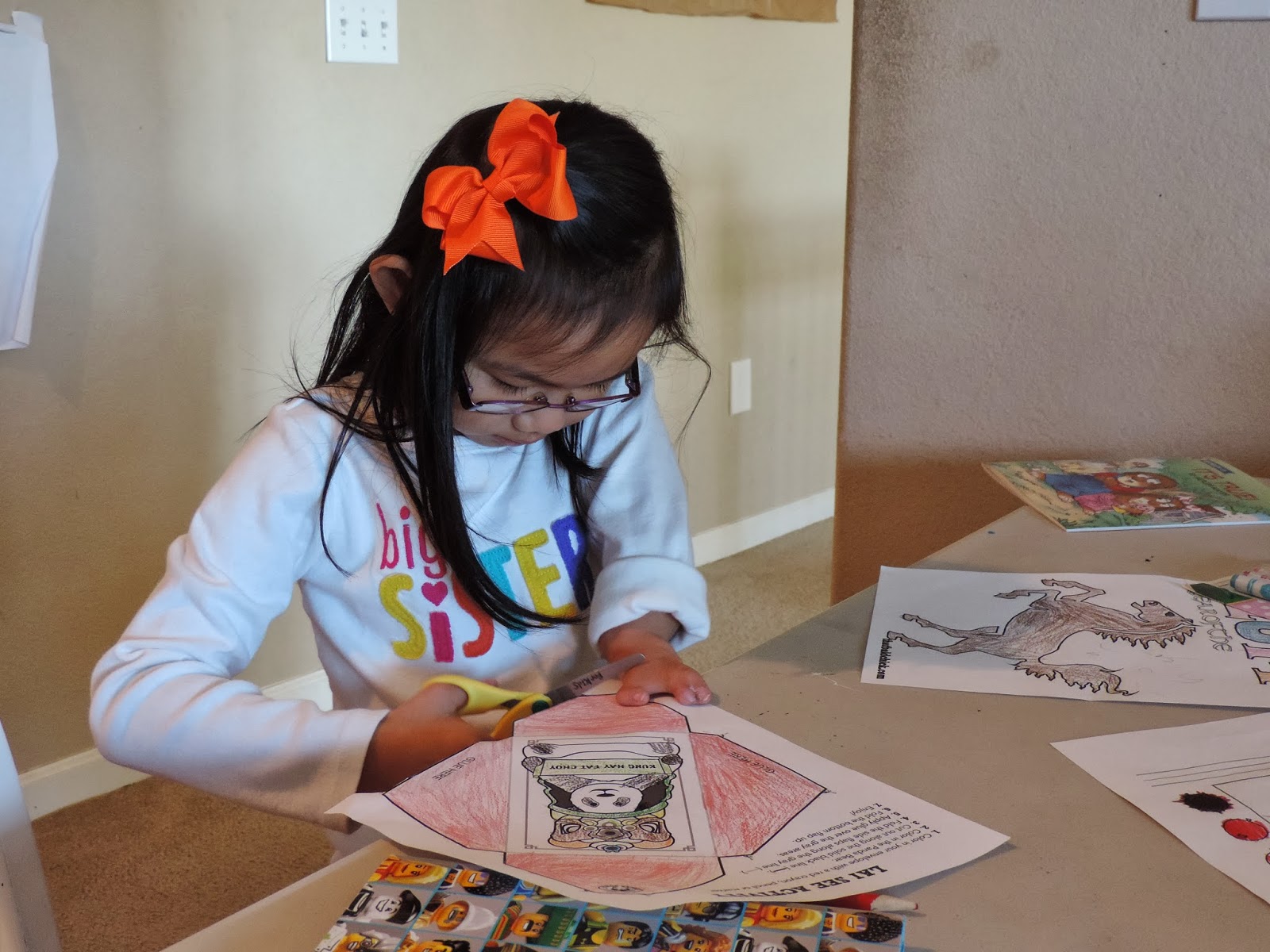 Yes, Hannah can cut hers out all by herself.  She did a great job of it, too. 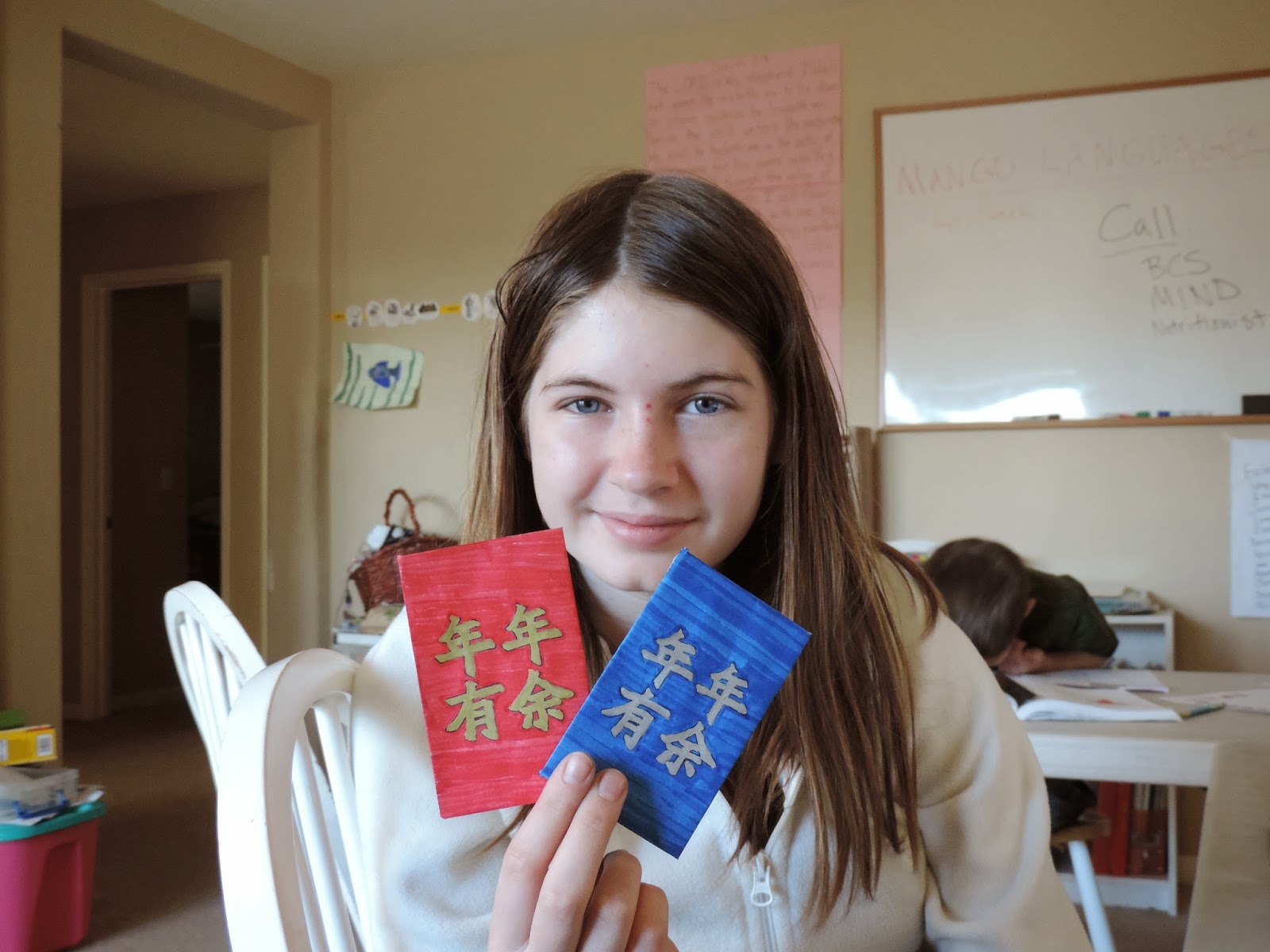 to color the characters on hers. 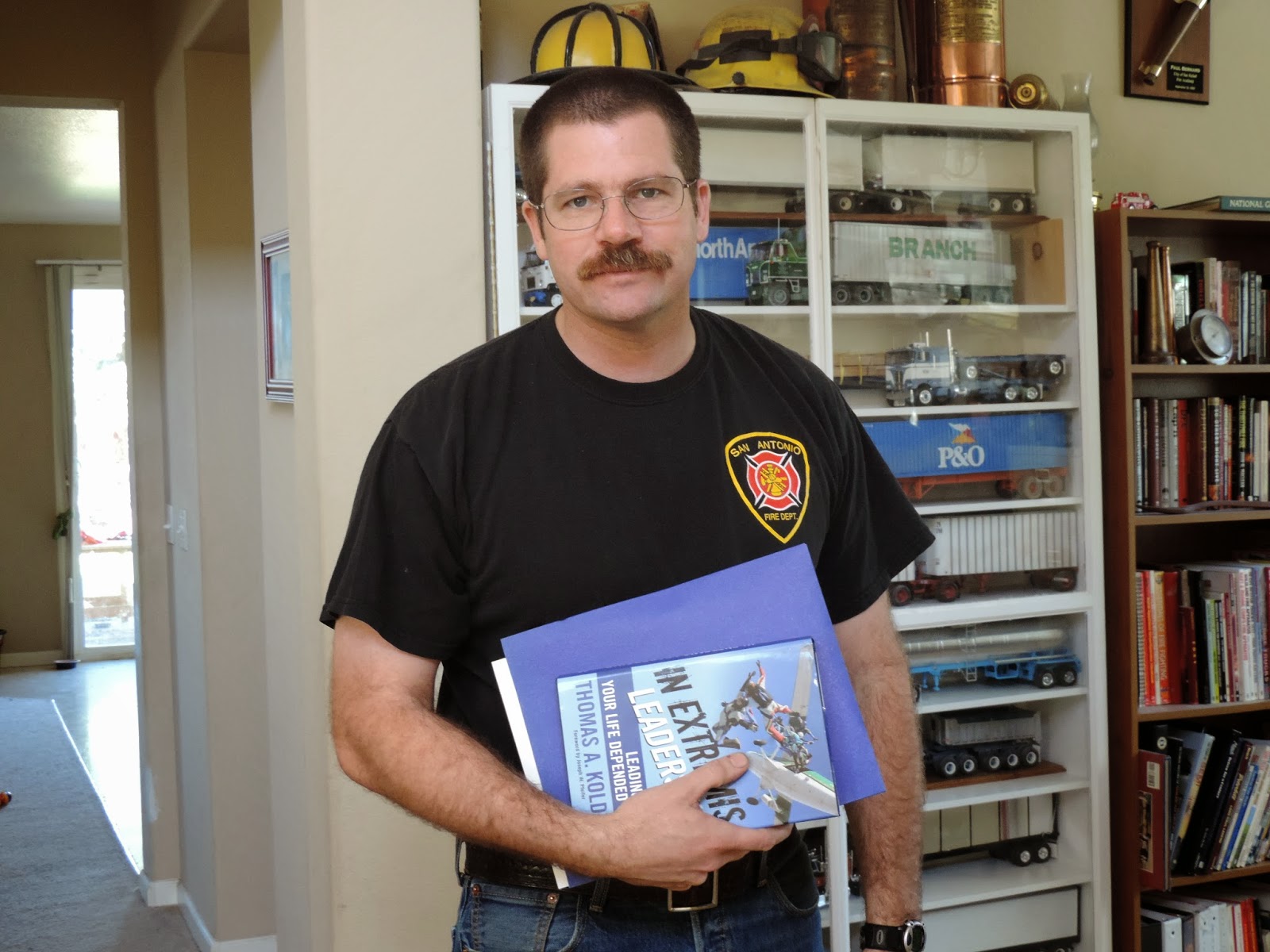 Just when we thought all the adoption paperwork was behind us...  (kidding!  I know it's not.  After all, we still have taxes and post placement reports, bleh.)  The blue folder is all the documents and forms required for Katie and Luke to get social security numbers.  Paul went and handled this at the local SS office yesterday, we should get their social security cards in about 2 weeks. 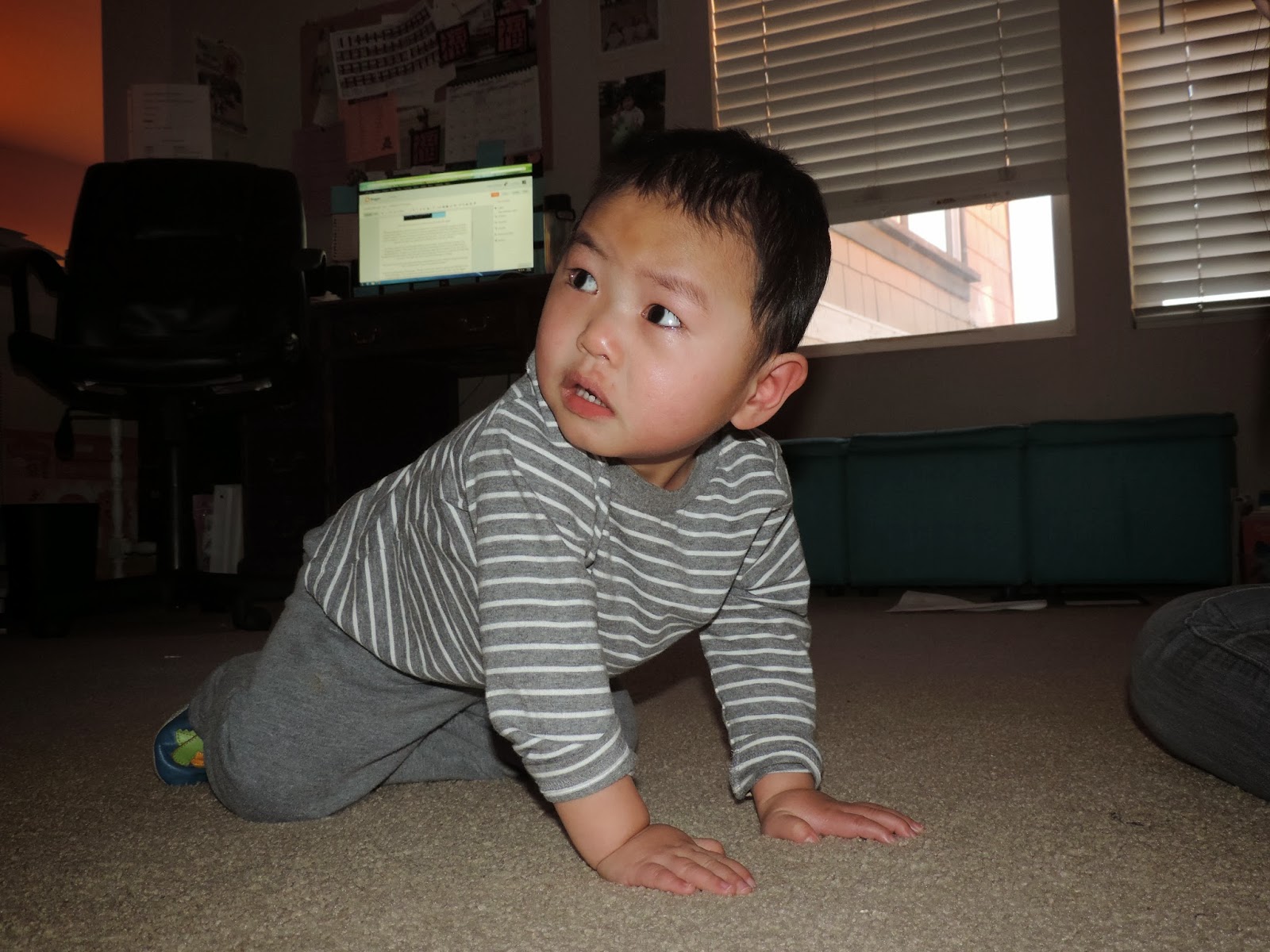 Brianna finally got Luke into a hands & knees position.  He hates it, and threw a fit, but the "nice" thing about Luke is that he can't figure out how to change positions on his own.  If we stand him up holding on to something, he stands until someone sits him down.  He was screaming his head off, but it didn't occur to him to just plop down and roll over.

Seeing him like this makes him look like a neuro-typical baby.  It would be nice if we could get him to crawl at some point. 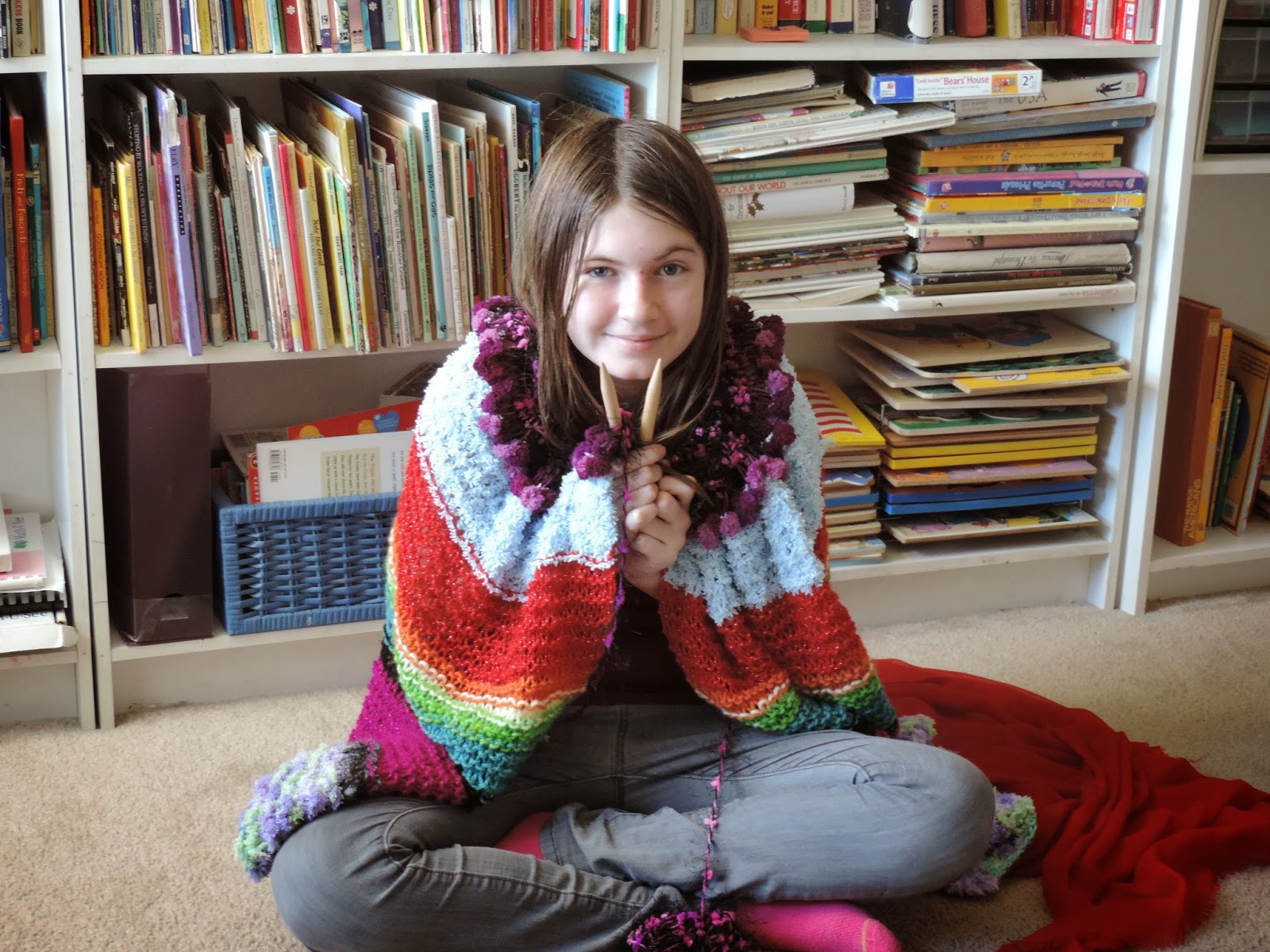 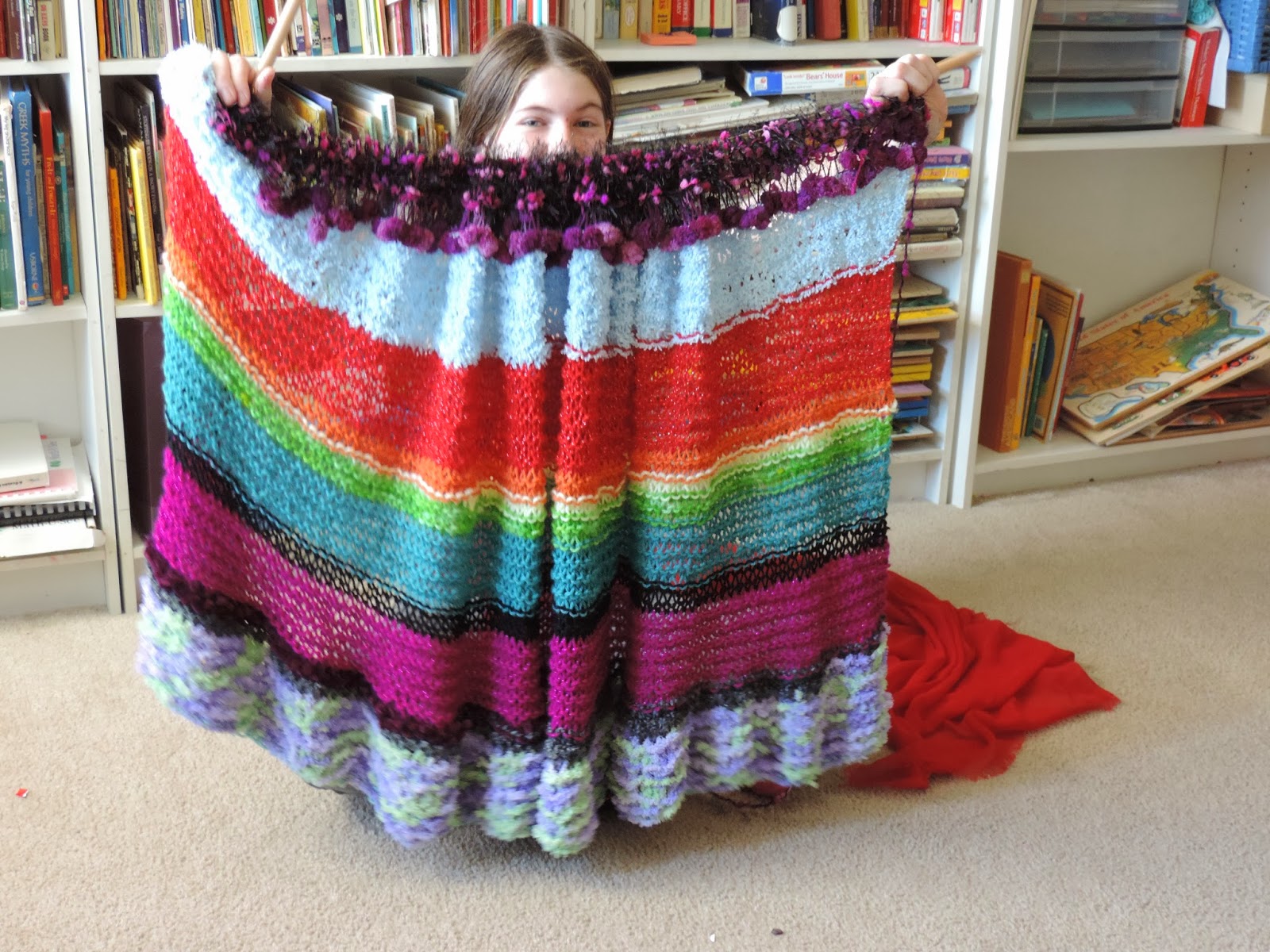 She is working on a "scrapghan" using up ends of yarn from previous projects.  I think it's going to be twin sized when she's done.

Looking ahead to next week, we have Early Russia coming up, and we'll be getting to the story of David and Goliath in Bible.

Hannah heads back to school on Monday, so I'm sure Katie will be hanging out in the school room more, since she'll be lonely without Hannah to play with.

And the biggest thing we have going next week is Luke's 6 month IFSP meeting.  Early intervention peeps are coming out to discuss what progress Luke has made, and what his goals for the next 6 months are.  Hoping we can get some info about our preschool options for him, and get him on a list, if that needs to happen.  It sounds like he'll be riding the short bus come autumn, but nothing is set in stone yet.