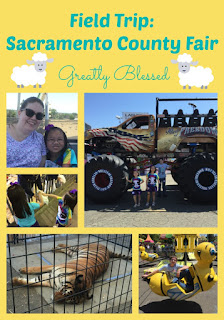 Although we don't do much with the local homeschool group, I am on the email list, and when the fair field trip comes up, I jump at the opportunity to get us in free.  If you want a peek back at previous trips, here's 2015 and 2013.

Like a good paranoid mama, I took pictures of each of the children before we went in, just in case we got separated.  I made the mistake of telling Jack to show me his "lost face."  Next, we applied sunscreen and got our group name tags (which included my phone number--again, just in case!). 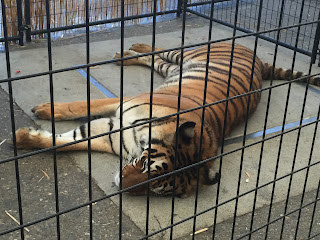 We started off by going to see the wild animals, brought down by a rescue organization based near Portland, OR.  This tiger is 3 years old, and the man we talked to remembers bottle feeding it when it was just a kitten. 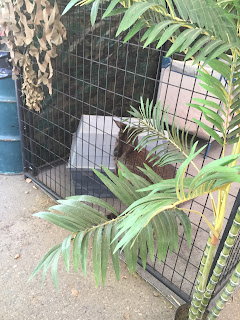 When we were looking at the wallaby, Katie saw the map and made sure to let me know that the wallaby was from Australia.

After the wild animals, we cruised through a vendor hall and some exhibits.  Katie tried to tell me the cakes were "not real." 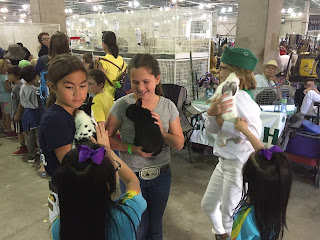 Next we visited all the farm animals.  We got to pet bunnies.  I was hoping to run into another homeschooling mama whose kids were showing goats, but we didn't see them. 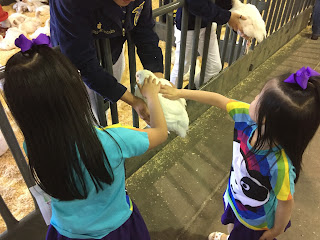 And chickens, too!  The chicken owner said she had just given it a bath, so her feathers were nice and soft.  I had no idea you could bathe a chicken! 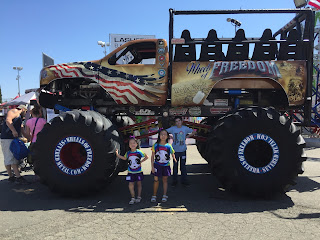 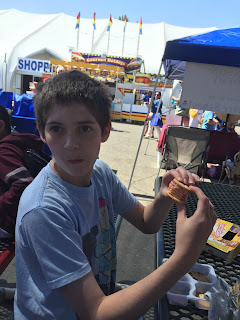 I try to do the fair super cheap.  We get free admission and free parking passes as part of a homeschool group.  And we bring our own lunches, because it's cheaper than fair food.  Plus, the kids still think that Lunchables are a huge treat, anyway. 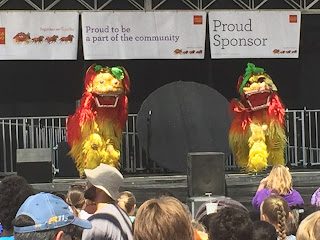 While we dined, we caught the Chinese acrobat show! 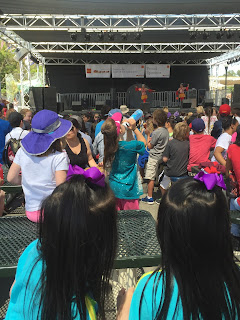 Katie and Hannah, watching the girls doing Chinese yo yo tricks. 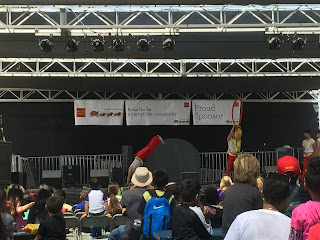 I didn't get any pictures of the contortionist.  It kind of creeped me out to see someone's head on the ground, knees in the air, and feet beside their face. 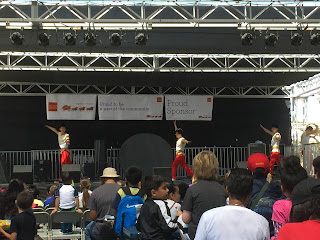 Honestly, I thought last year's Chinese acrobat show was better, but it was still fun to watch. 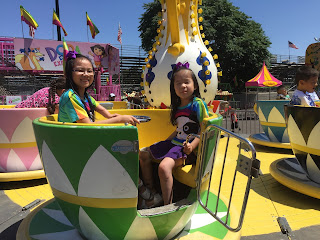 Normally, we don't even do rides, but I heard about a Groupon when we signed up for our homeschool group trip, so I splurged on some cheap tickets. 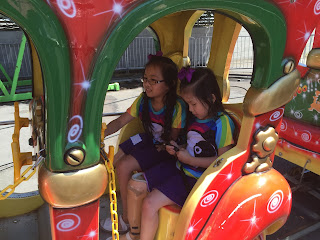 First the girls did a couple kiddie rides. 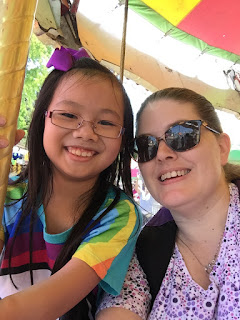 Then we all went on the merry go round together. 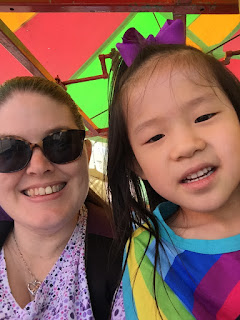 Took a moment to teach the girls the proper way to mount a horse. 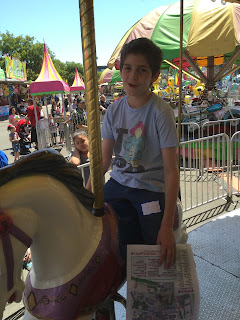 Jack was just delighted to be on the carousel.  I told him that after that we'd go find the more exciting rides. 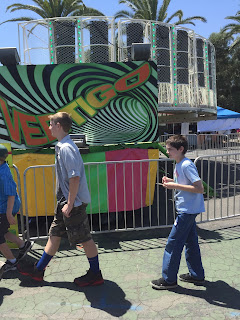 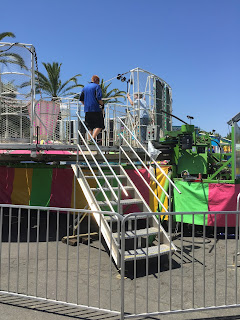 I thought it just spun around.  When it started going up on one side, I wondered if he was freaking out up there, but he liked it. 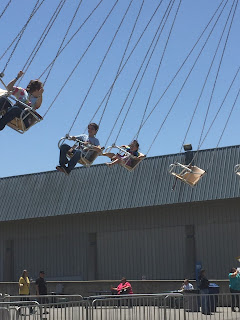 Katie and Jack went on the swings next. 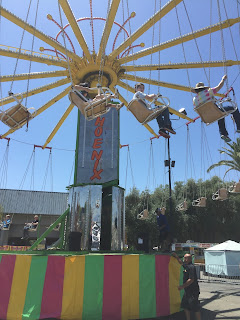 Which was fun, until the ride stopped working and they just sort of hung there for a while before one of the staff hit some emergency button that lowered the swings all the way to the ground. 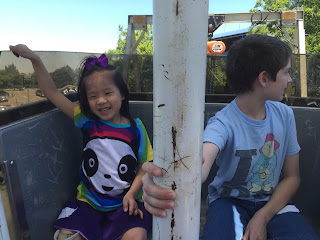 We all went on the Ferris wheel together.  Hannah doesn't like heights, but she did fine with this. 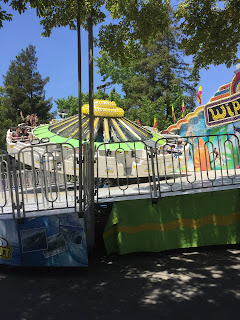 This one?  Not fine.  When Jack walked up to the ticket guy, he said, "No single riders."  So I asked Hannah, "Do you want to go on with Jack?"  She went, but the guy ended up stopping the ride to let them off and then starting it back up again for everyone else. 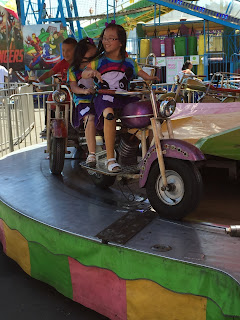 We all went down the medium sized wavy slide.  That was another one that Hannah was not crazy about.  But she liked the bees and the jeeps and the motorcycles. 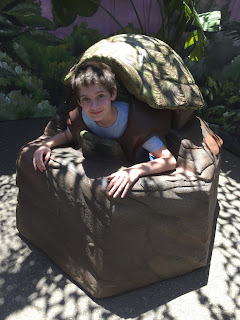 It was getting pretty warm, so we walked through one of the buildings and I got the kids souvenier water bottles to enjoy on the ride home.  All in all, it was a really nice day!