Our Week With Big Truck Day 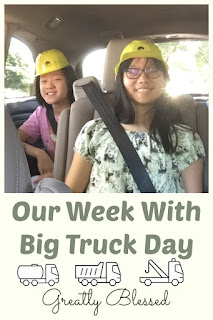 It's still a Big Deal when I take the girls somewhere these days.  So when I saw that the city had made this year's Big Truck Day a drive thru event, I thought, "Ah ha!  Somewhere I can take them to get out of the house!" 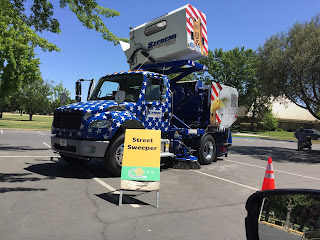 When I told Paul where I was going, he said, "Aren't they a little old for that?"  And yes, from an age standpoint, they are.  But I had a plan. 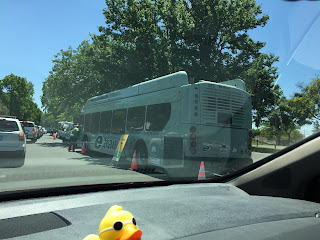 It was more of a rolling career counseling session for us.  "What does a bus driver need to know?  Did you know they're required to have a CPR card?  Why do you think that is?" 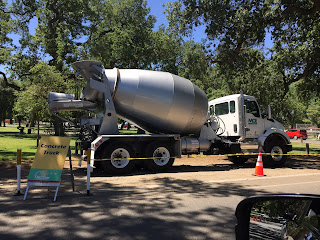 "Why is the cement mixer always rolling?  What might happen if it wasn't?  What does the driver need to know how to do?  What happens if he doesn't wash out the tank after delivering his load?" 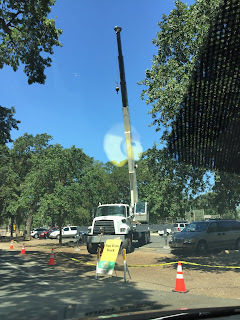 And on it went.  Hannah liked the tree trimming truck, which surprises me, since she's not crazy about heights.  We noted which vehicles had stabilizers, similar to a fire truck, and why. 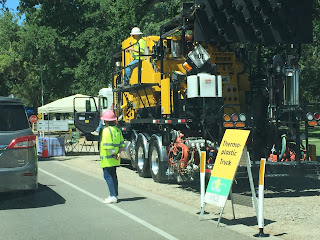 The thermoplastic truck looked interesting, and we all learned something when I asked the guy in the cab, "What do you guys do?" and he responded, "We stripe the road." 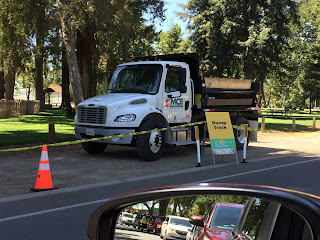 We talked about the 3 types of dump trucks. 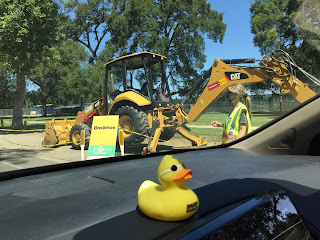 There were various diggers, some for big construction, and some for landscaping.
All in all, it was a positive experience, and while I have no doubt that they were older than the car seat crowd in most of the vehicles, I still think it helped them make connections. 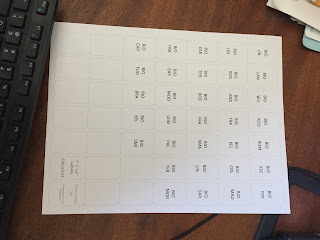 Speaking of learning new things, I watched a YouTube tutorial to figure out my new labels, and my test run came out perfect. 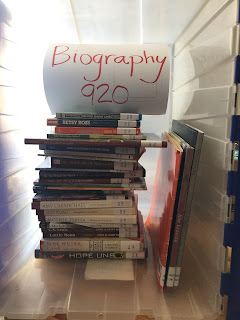 So I printed on real labels, and have started applying stickers to books. 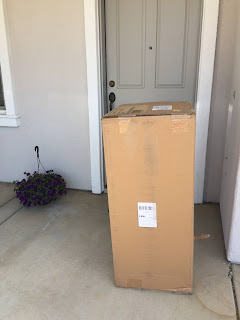 Josiah sent me a text from work.  "Mom, I had a package delivered, can you bring it in for me?"  That sucker weighed 81.9 pounds, and I broke a nail getting it into the house for him. 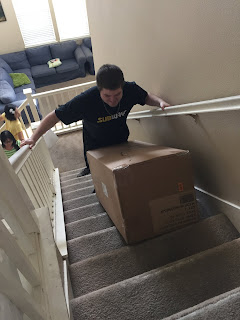 I was impressed when he got it upstairs by himself.  I thought he'd need Sam or Jack to help him. 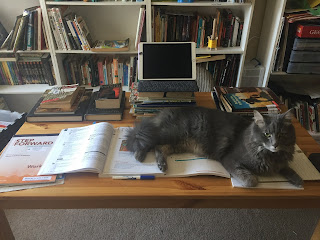 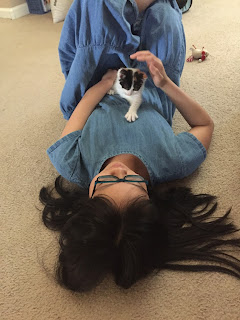 Hannah, retelling the Lord of the Rings to Quito. 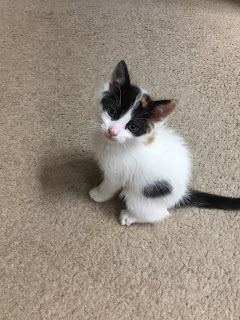 Who is a pretty girl. 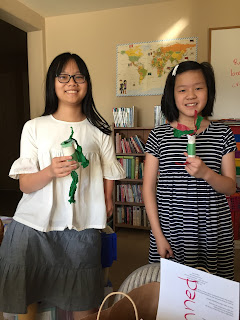 One night at dinner, Sam was telling a story involving Marines at Mardi Gras.  The girls asked what MG was, so I got them a couple library books about it, including one with projects.  I have no idea what these TP tube/tissue paper/dried bean things are supposed to be, but that's what they came up with. 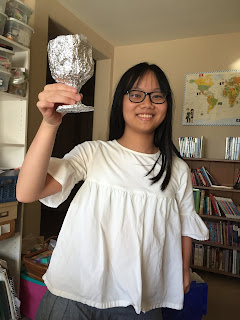 Hannah made a silver goblet from the Shakespeare project book. 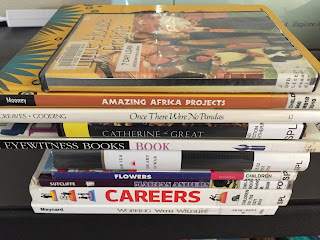 This week's library haul.  Which happens to include another project book.  [evil cackle] 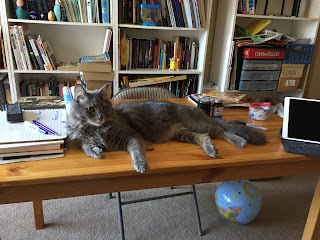 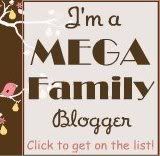