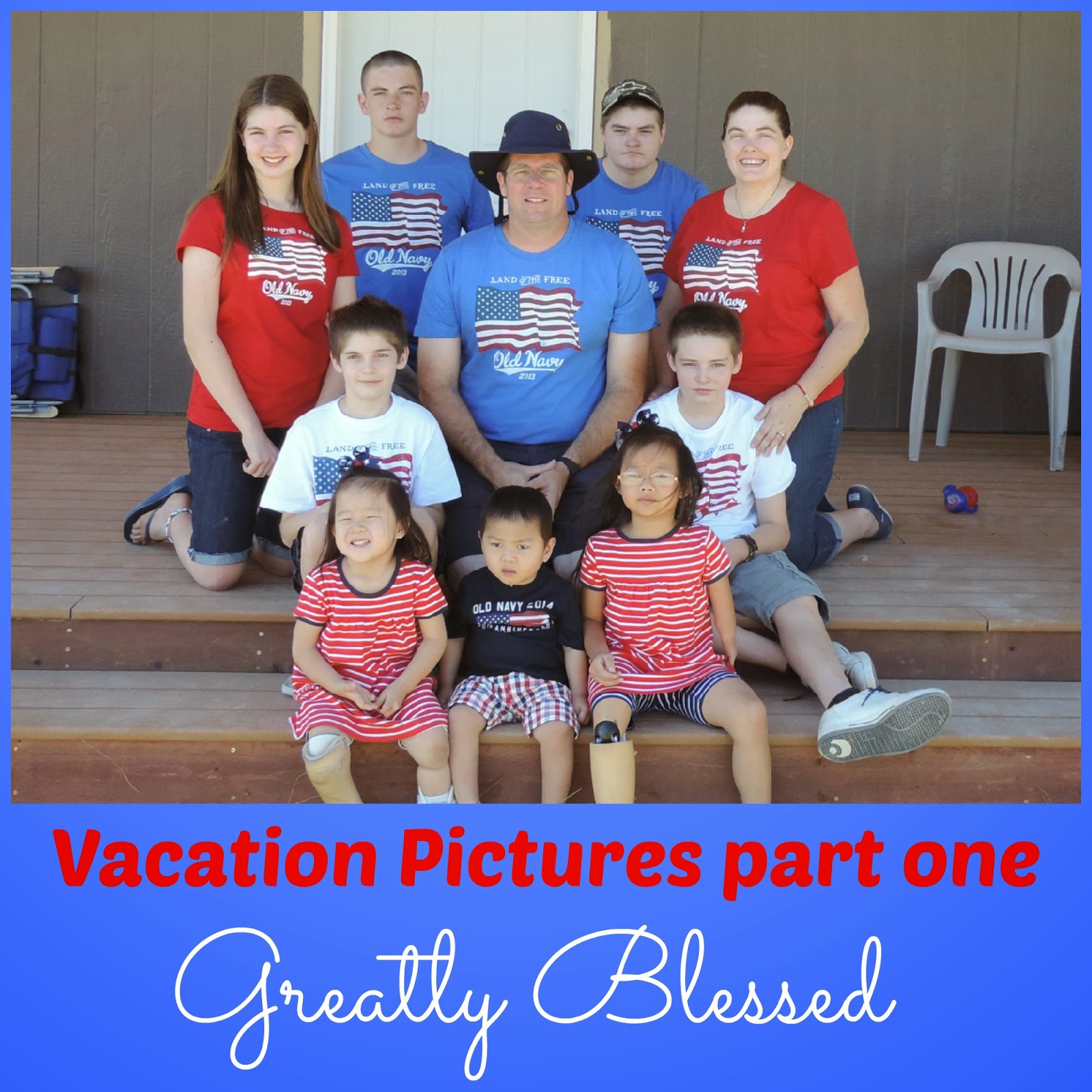 Being a fire captain, Paul usually works over 4th of July.  But this year, he was on vacation, so we decided to go visit out of state family for a long weekend. 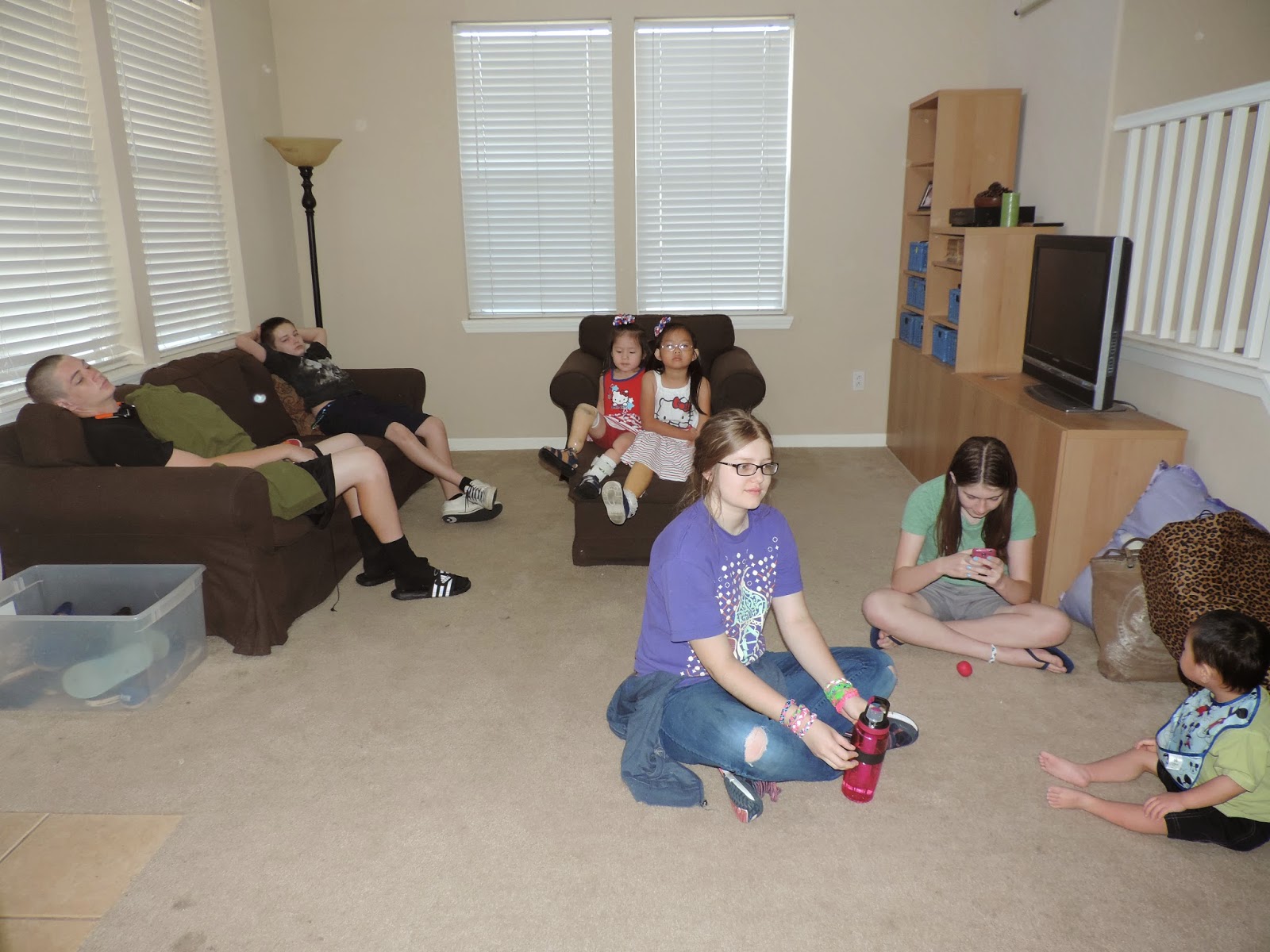 Missing one kid.  Getting ready to take off Thursday morning.  Oh, and the extra is a friend that Brianna brought along. 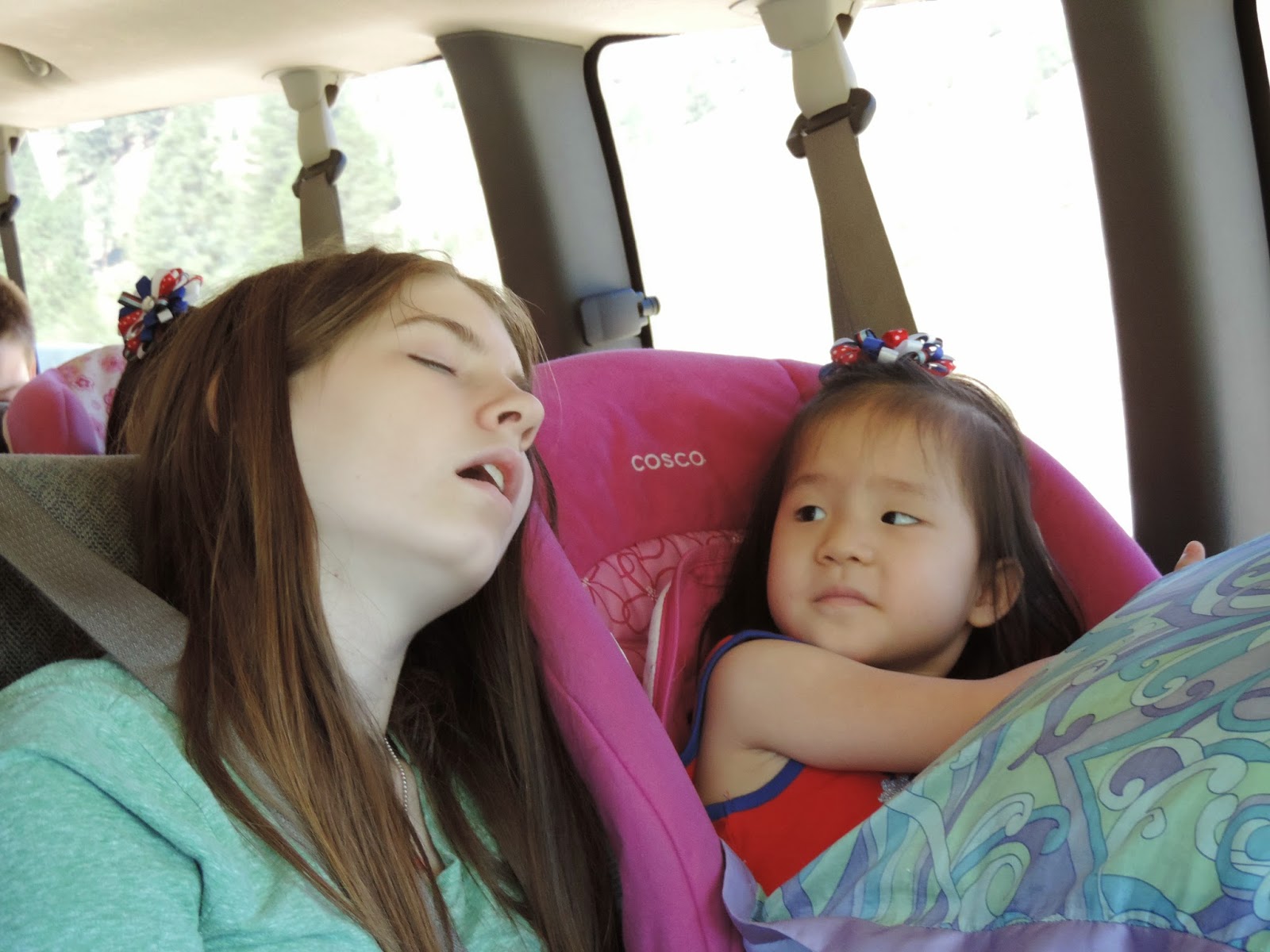 I think Katie is wishing Bri would stop breathing sleep vapors on her. 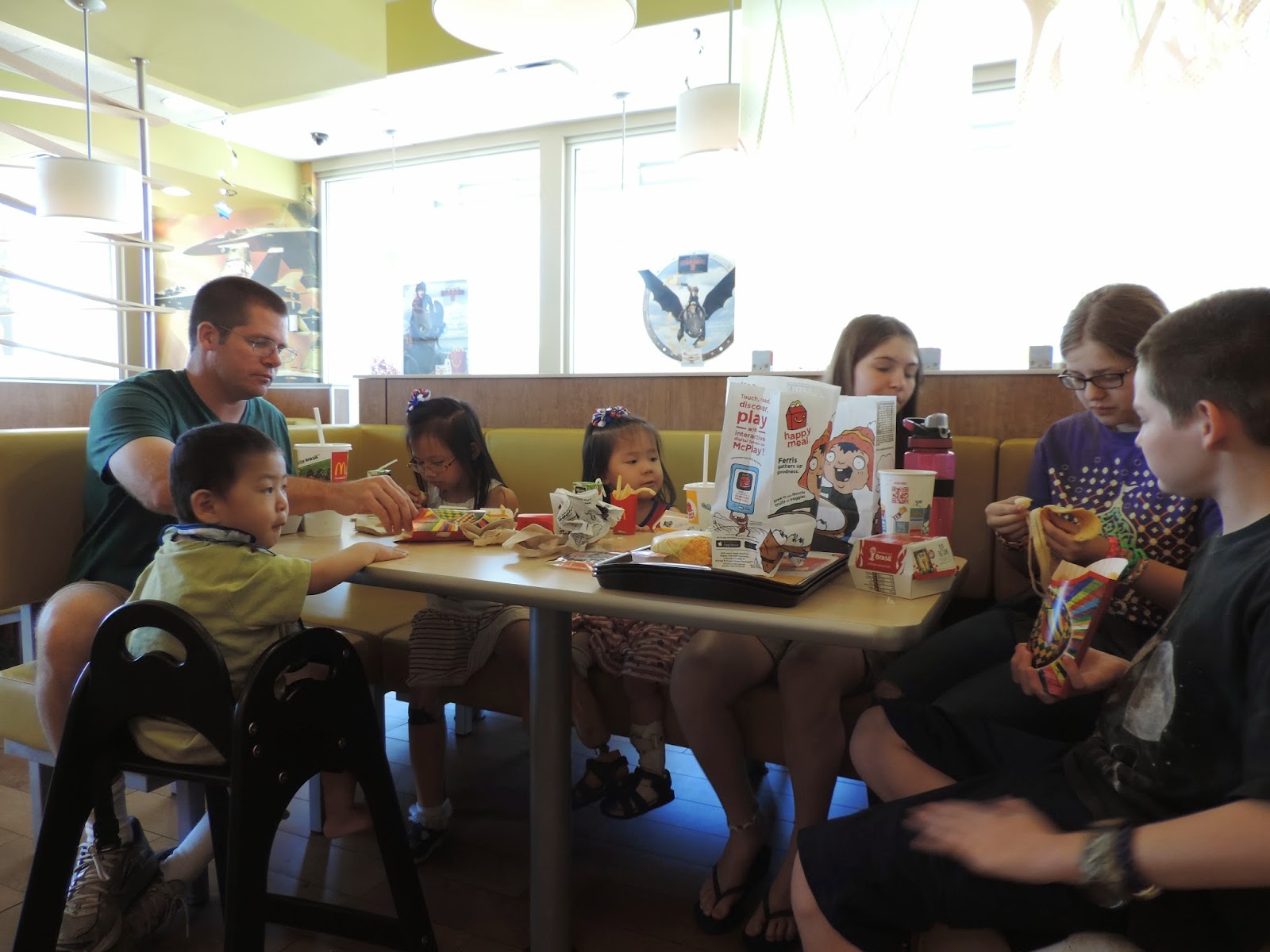 A stop along the way for lunch. 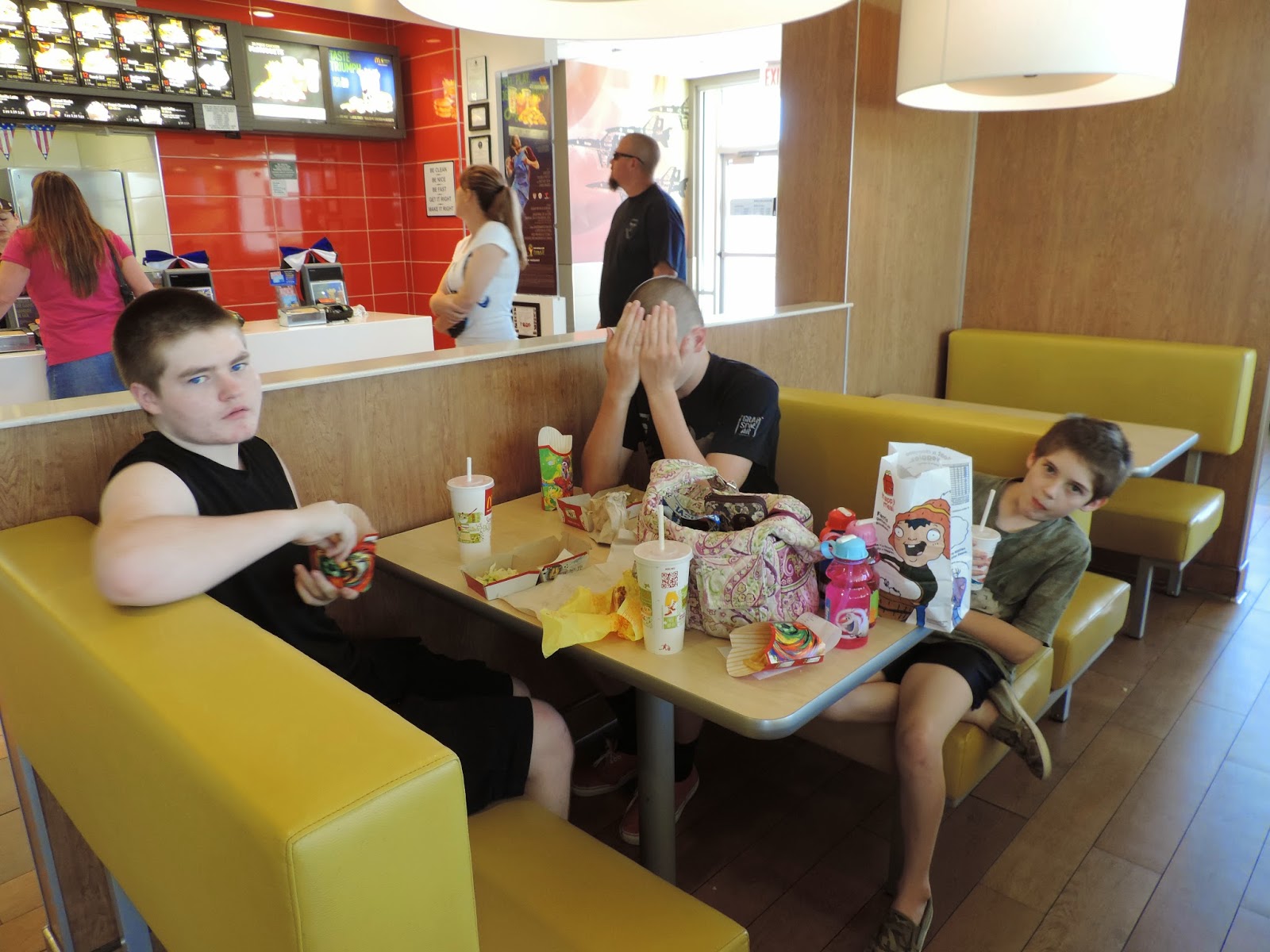 Where we take up more than one table, of course. 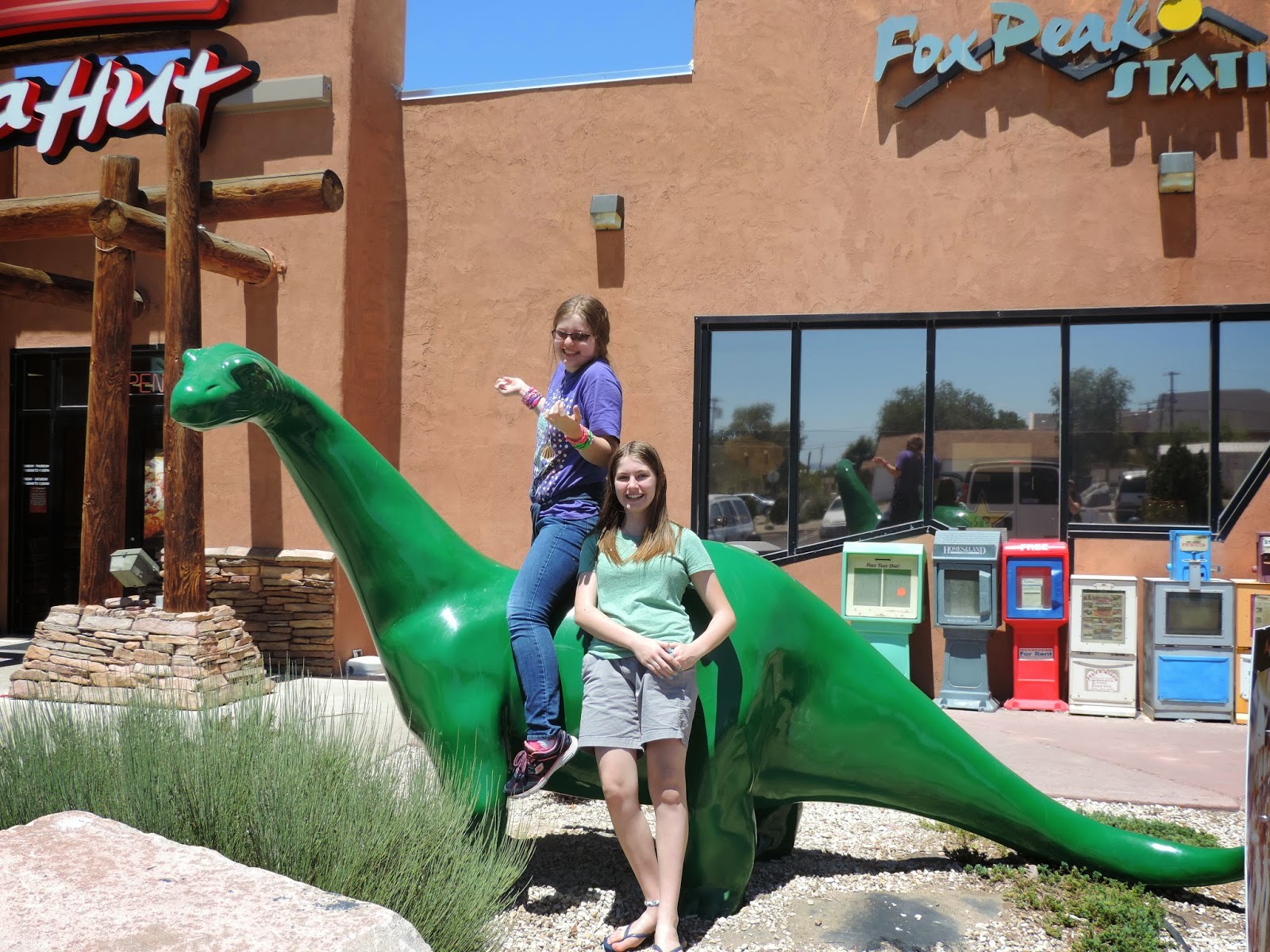 Last fuel up before heading into the middle of nowhere. 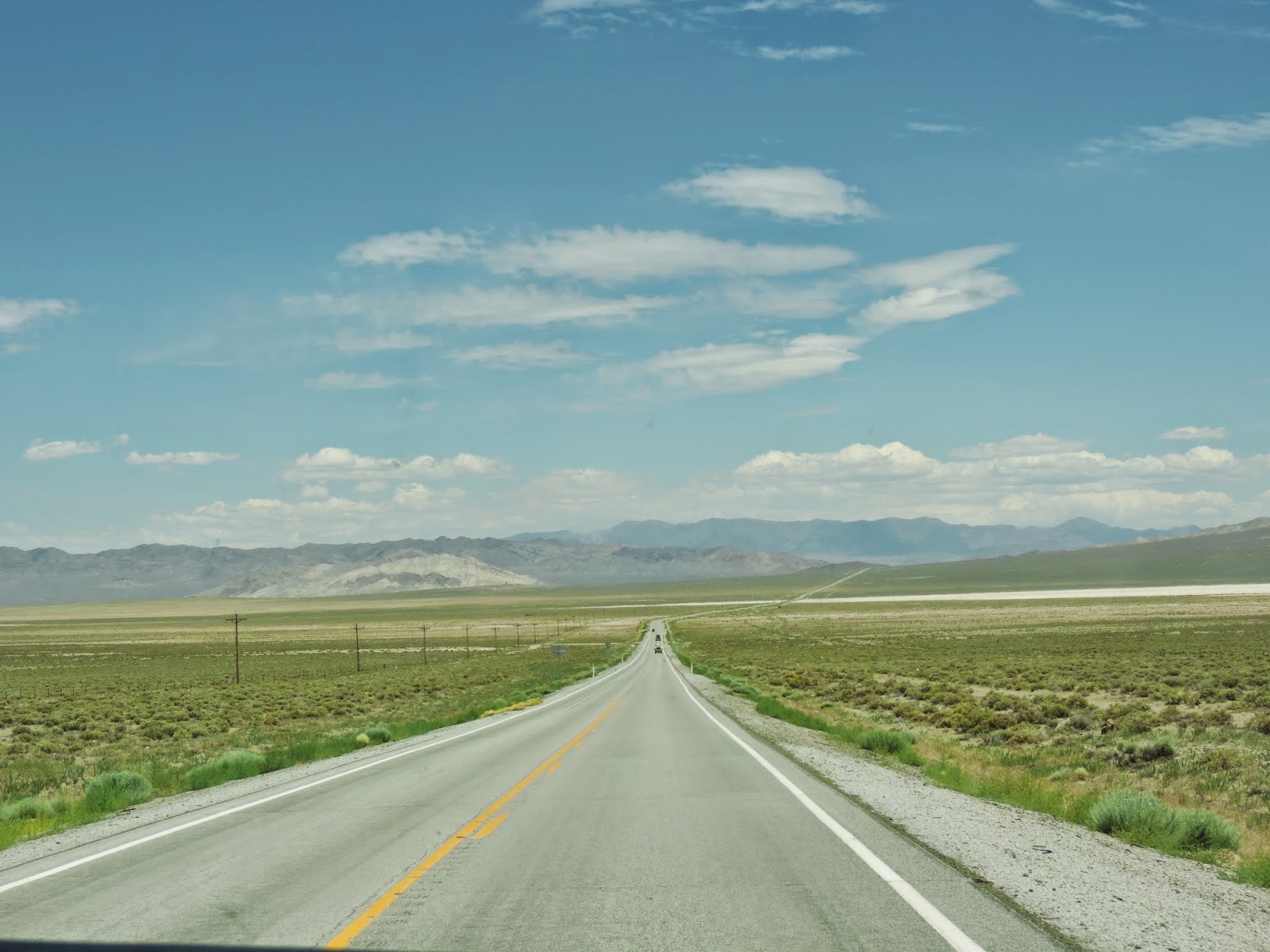 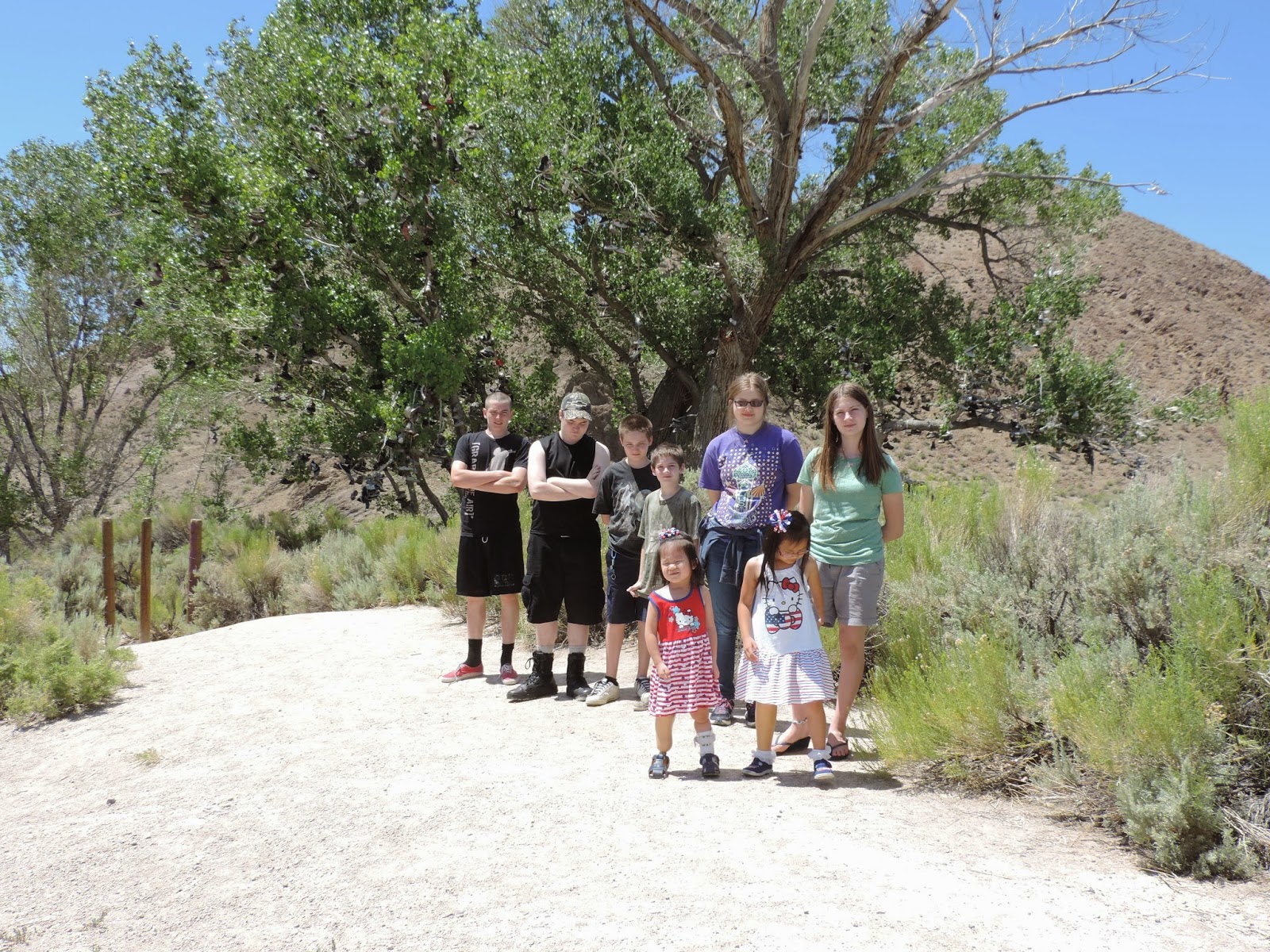 We stopped at the Shoe Tree to relieve the boredom.  I love the way J&S are doing the same pose in this shot. 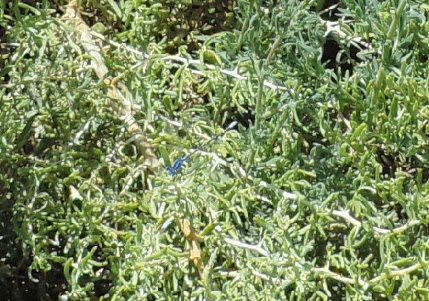 Where I took a picture of a dragonfly--which you can't see unless you blow it up.  There were dozens of these little guys zipping around the bushes. 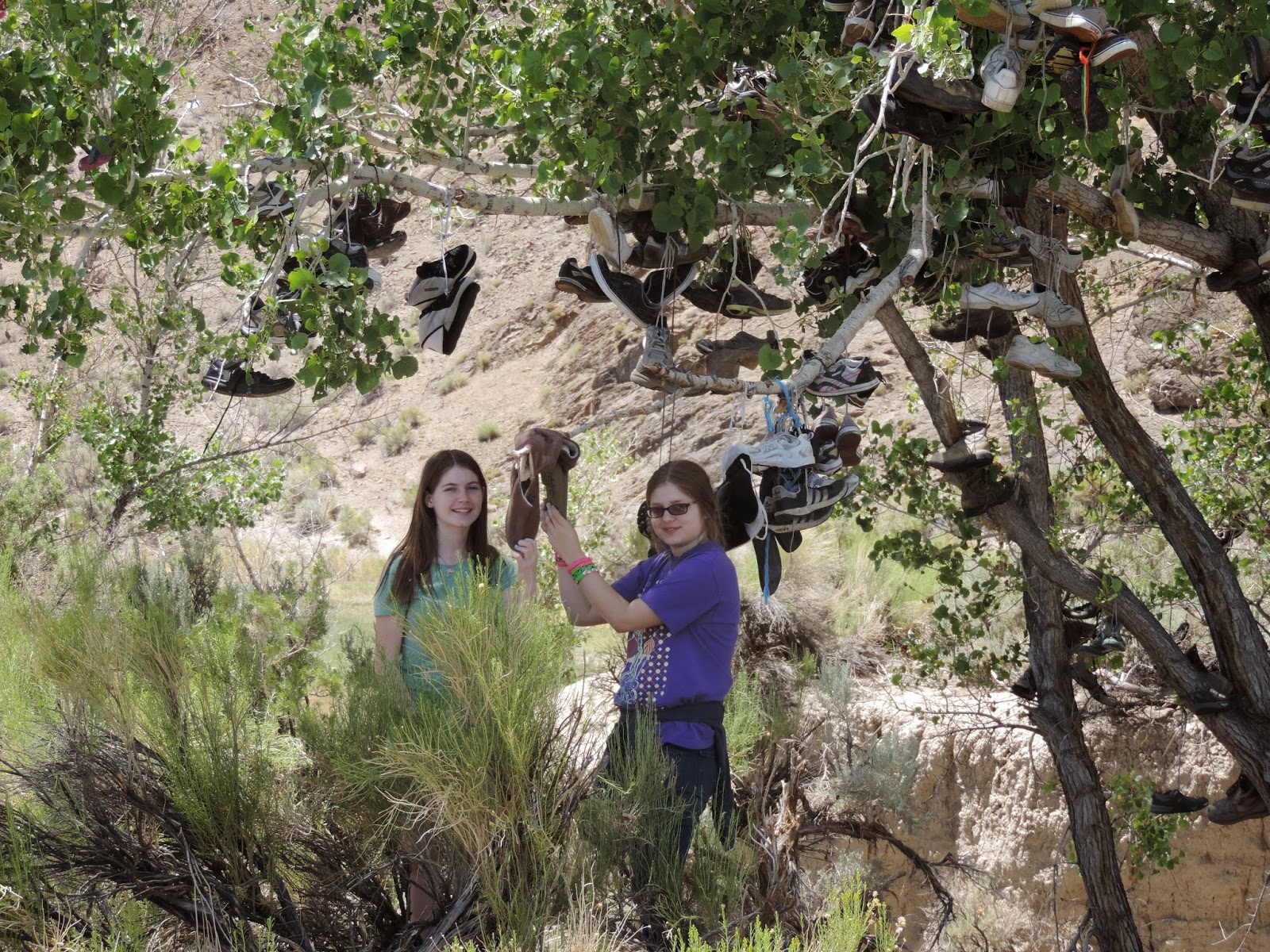 Why do they call this the shoe tree, you ask?  Because of all the SHOES!  We contributed an old pair of boots that Brianna brought along. 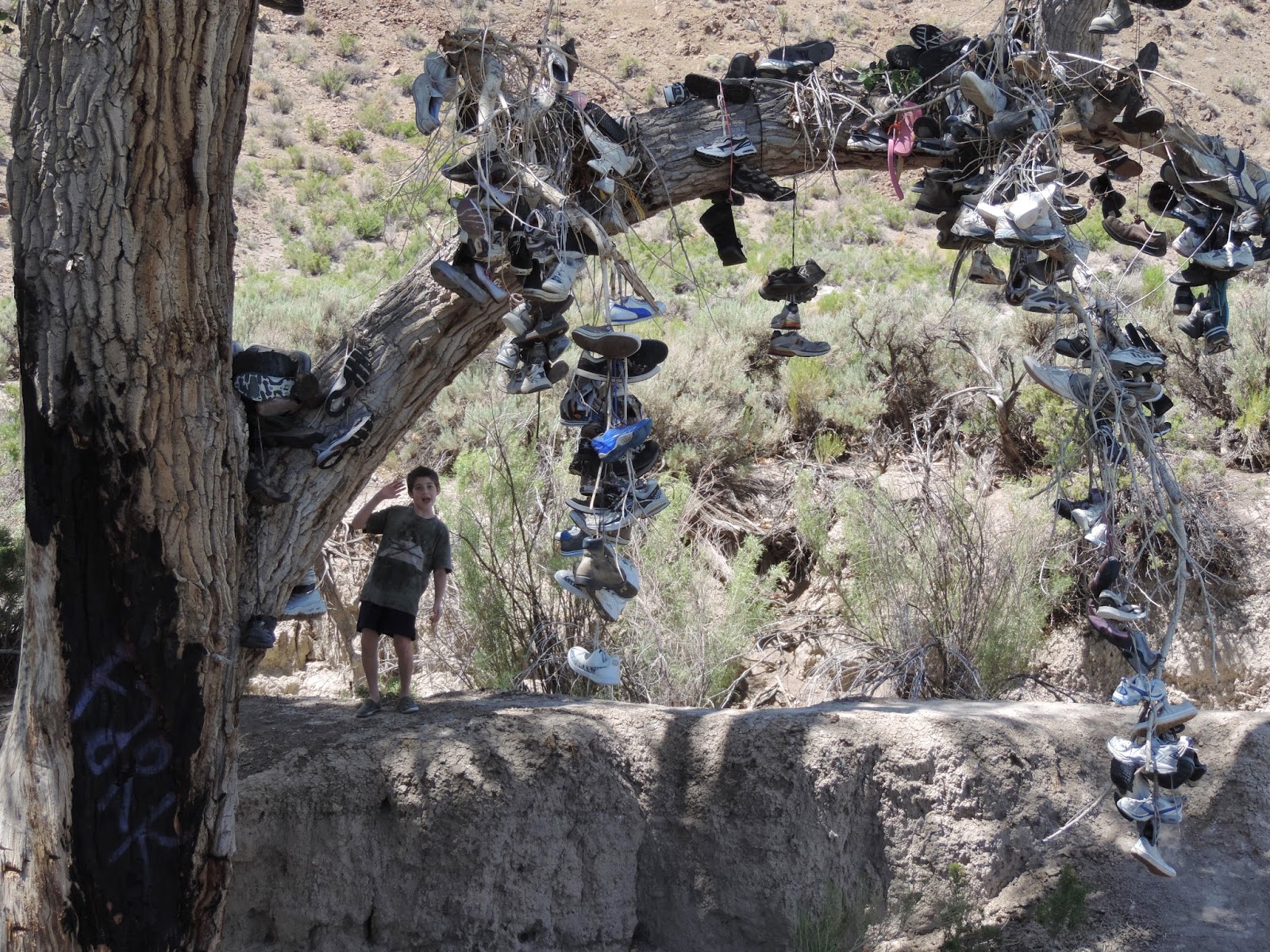 See Jack under the branch? 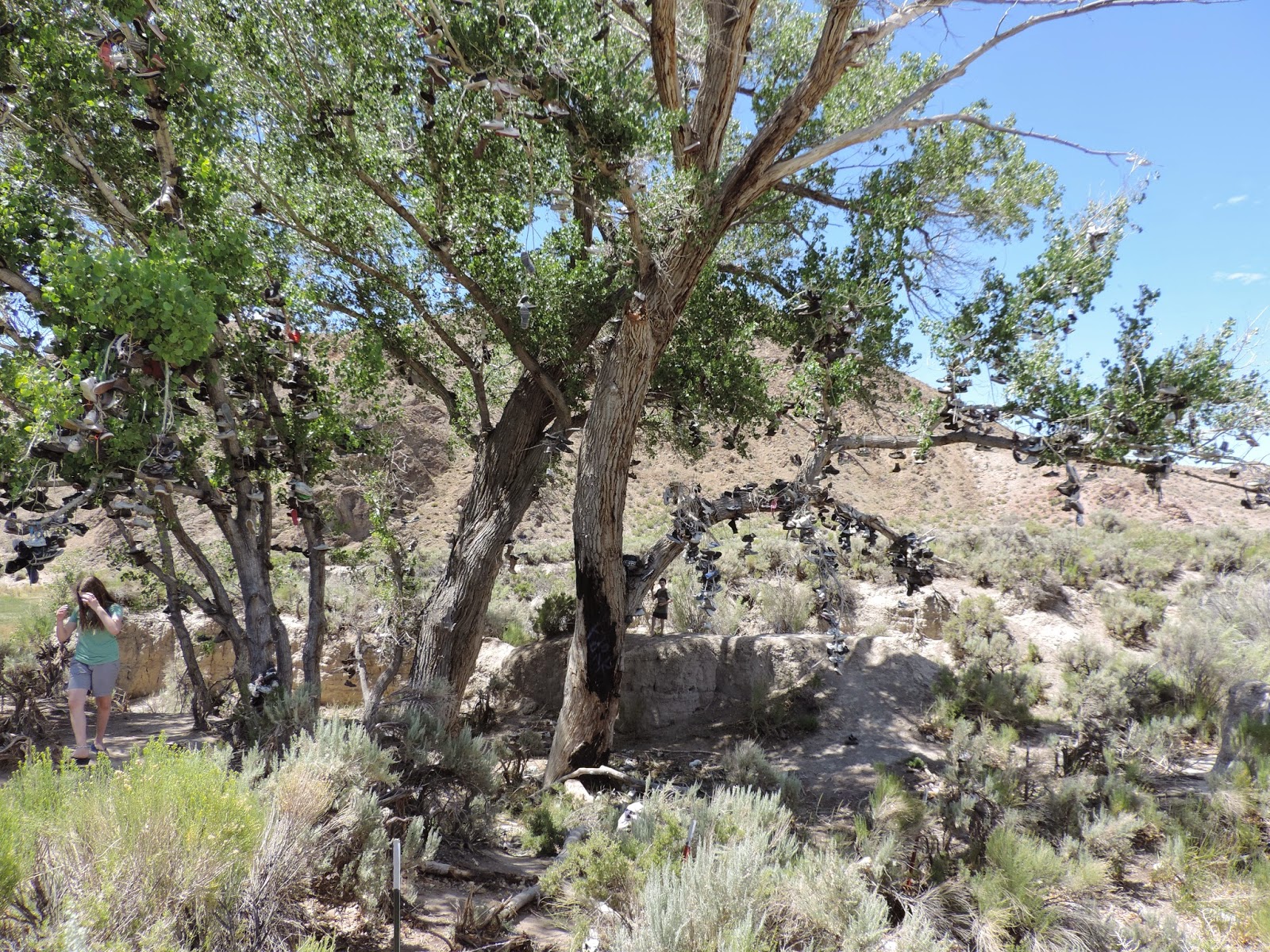 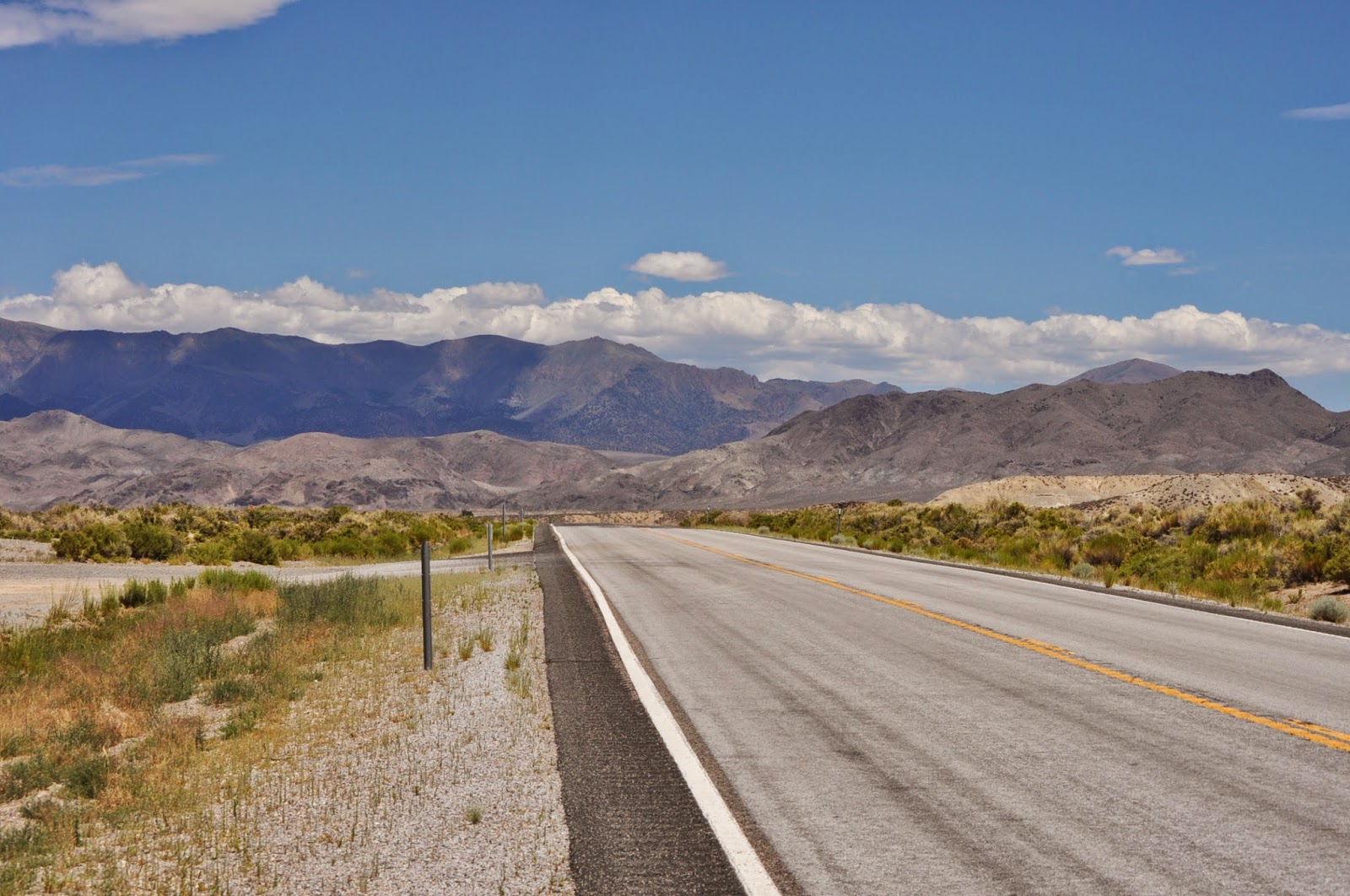 Then it was back to this for a while. 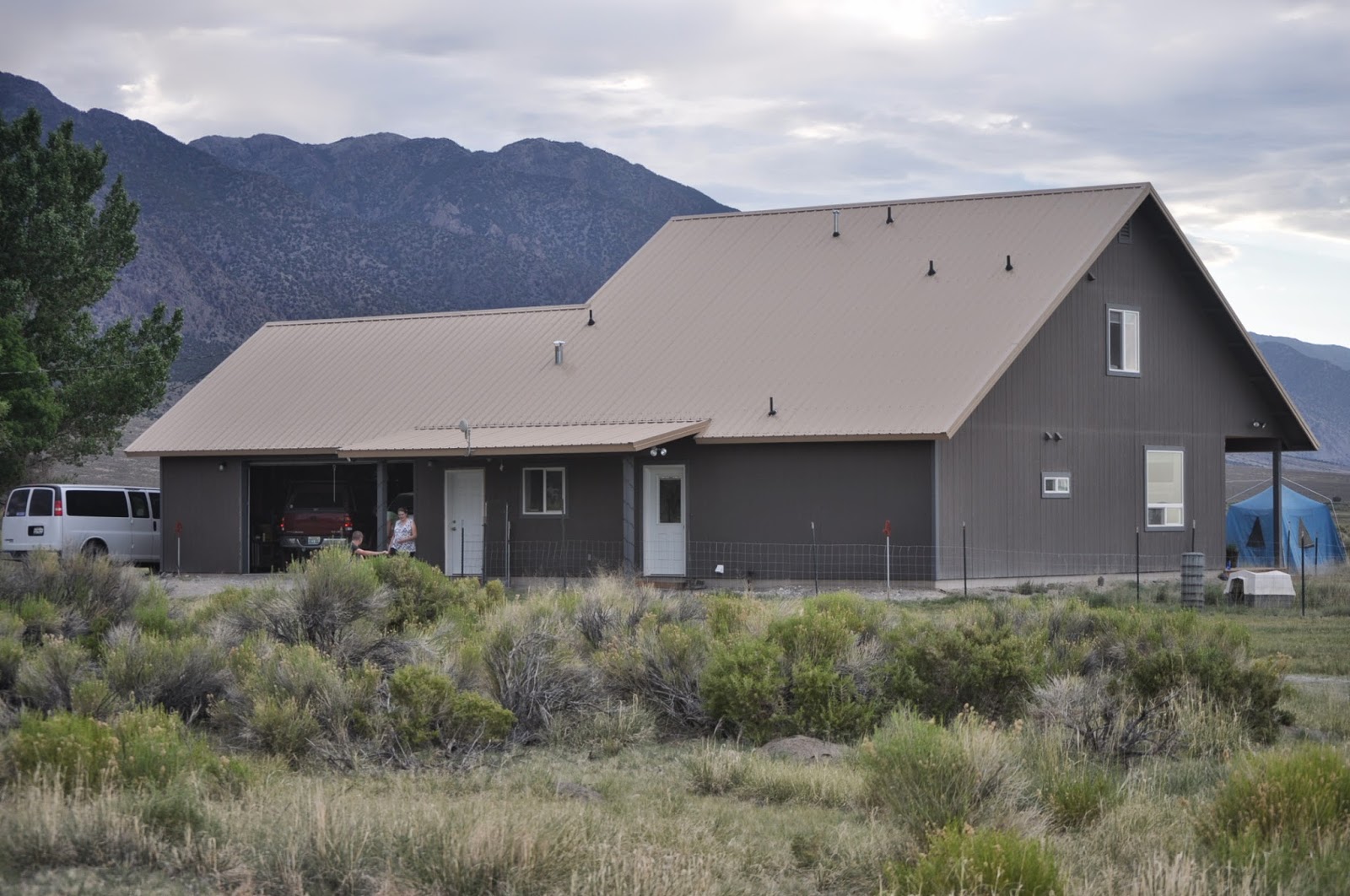 But eventually, we arrived at my Dad & Step Mom's house in Middle O'Nowhere, Nevada. 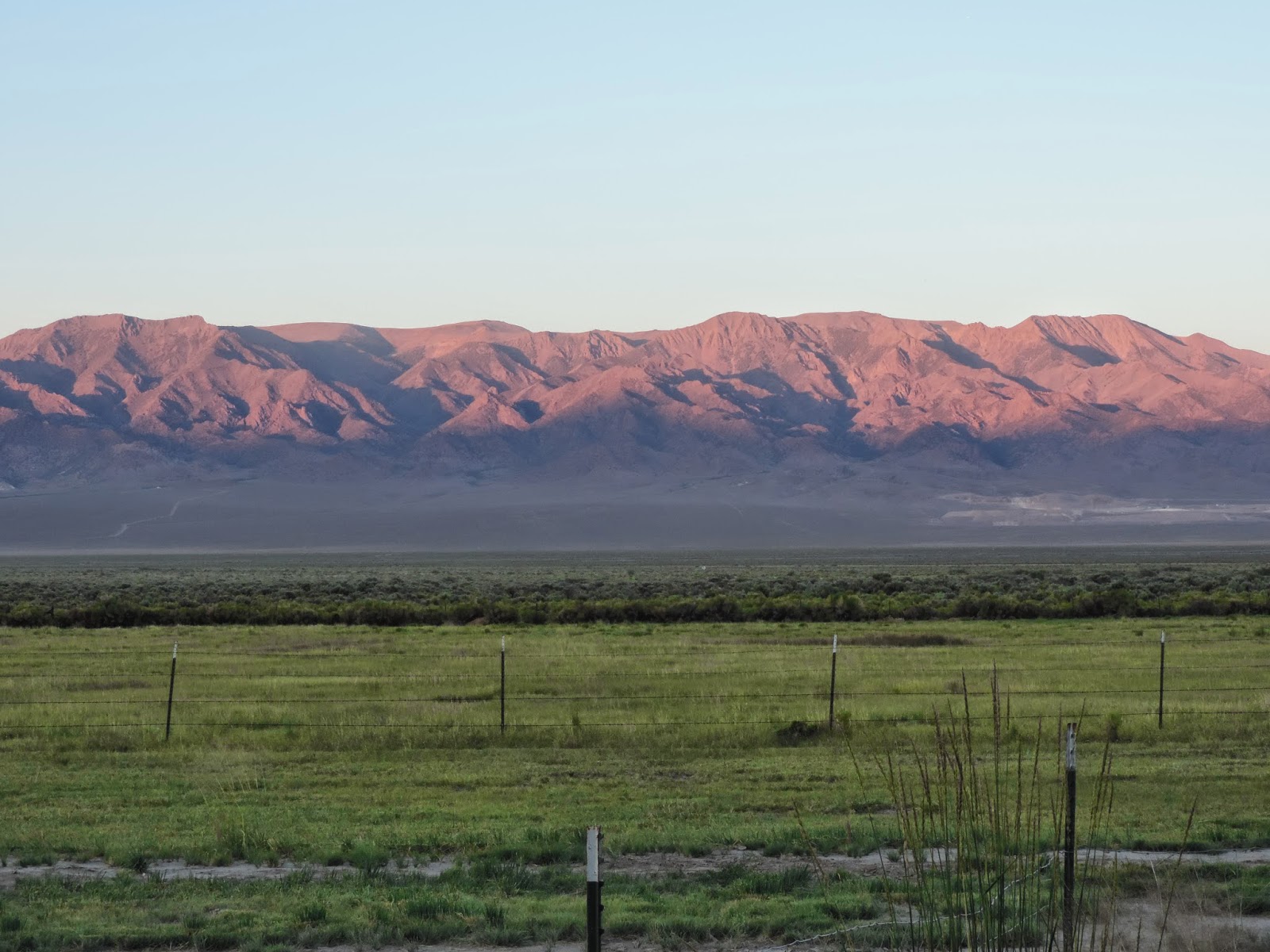 They have amazing views in every direction.  This was taken out in the yard. 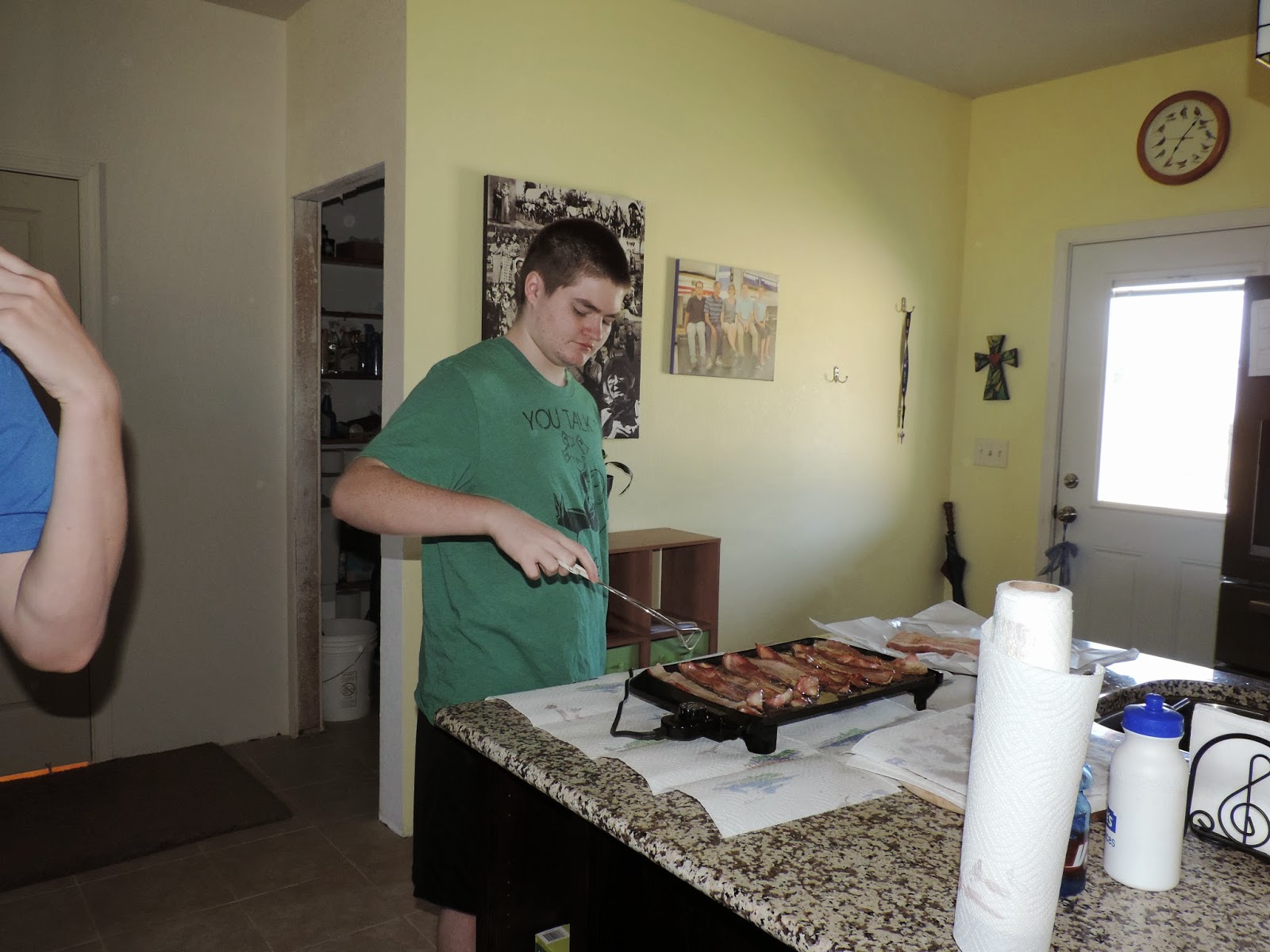 Next morning, I woke up to Josiah making bacon! 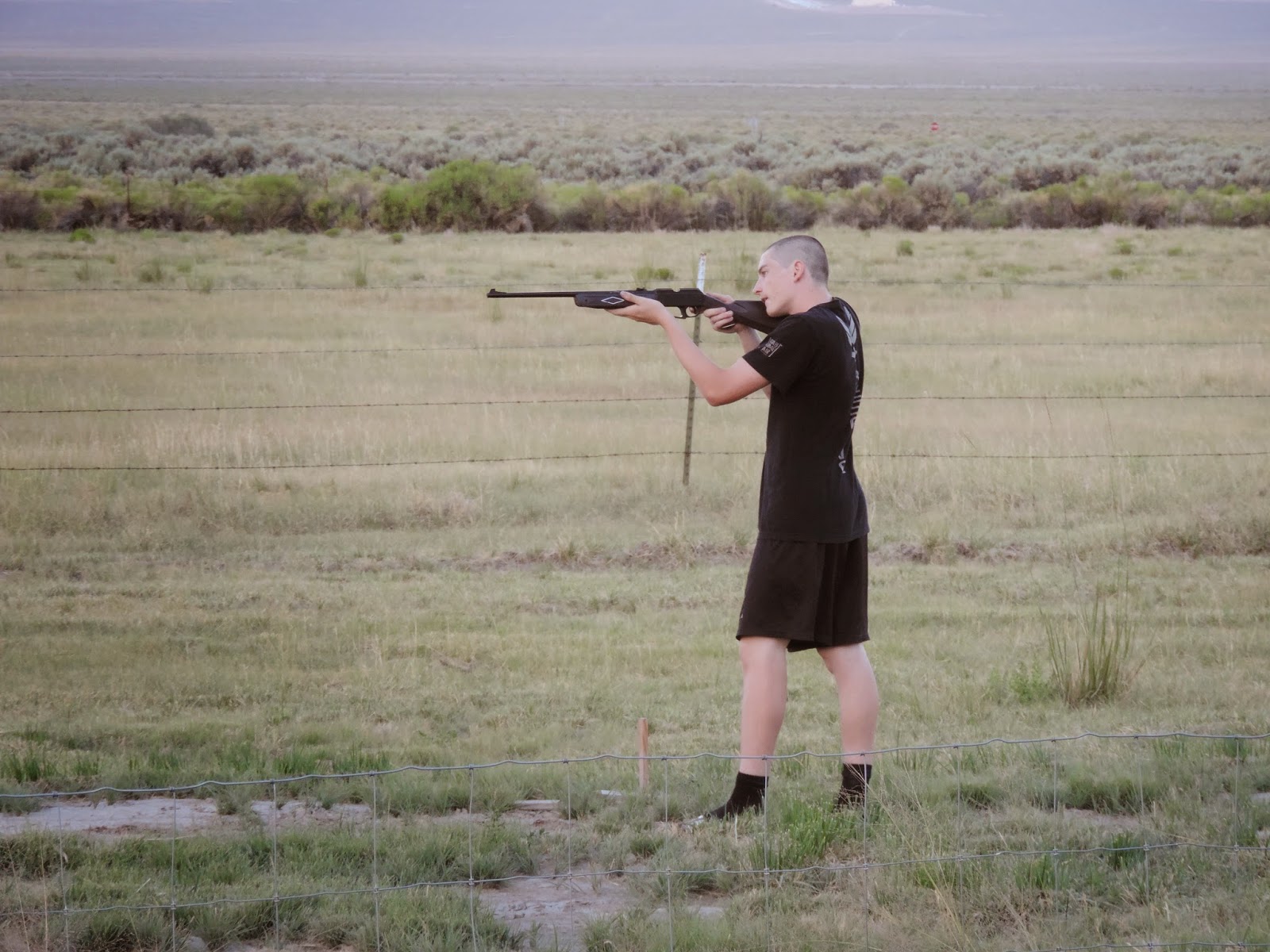 My boys were in redneck heaven. 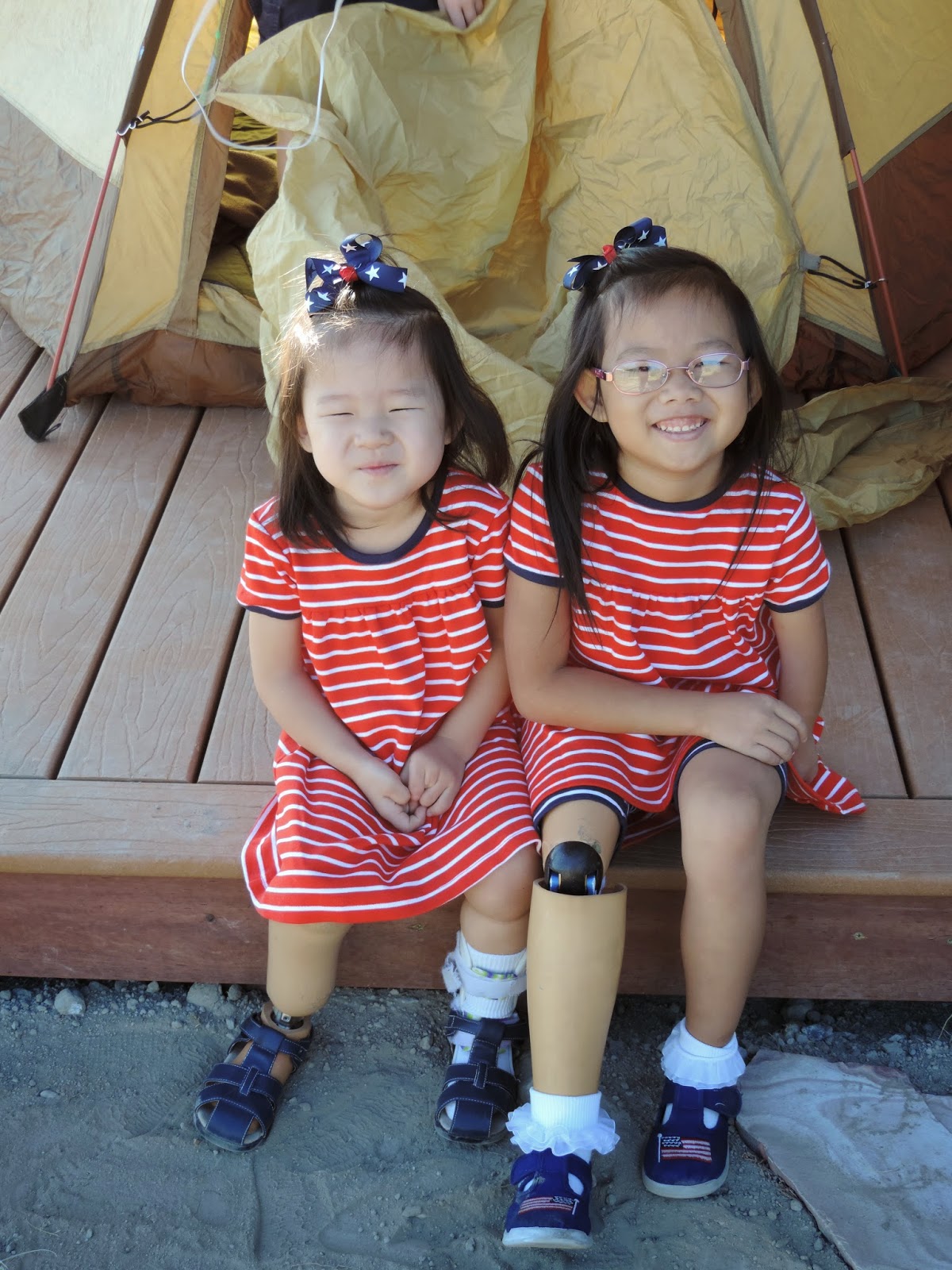 Katie, who asked after the very first potty stop on the drive, "We going home now?" did really well on the trip.  This trip was her second overnight trip away from home since she's been in the US. 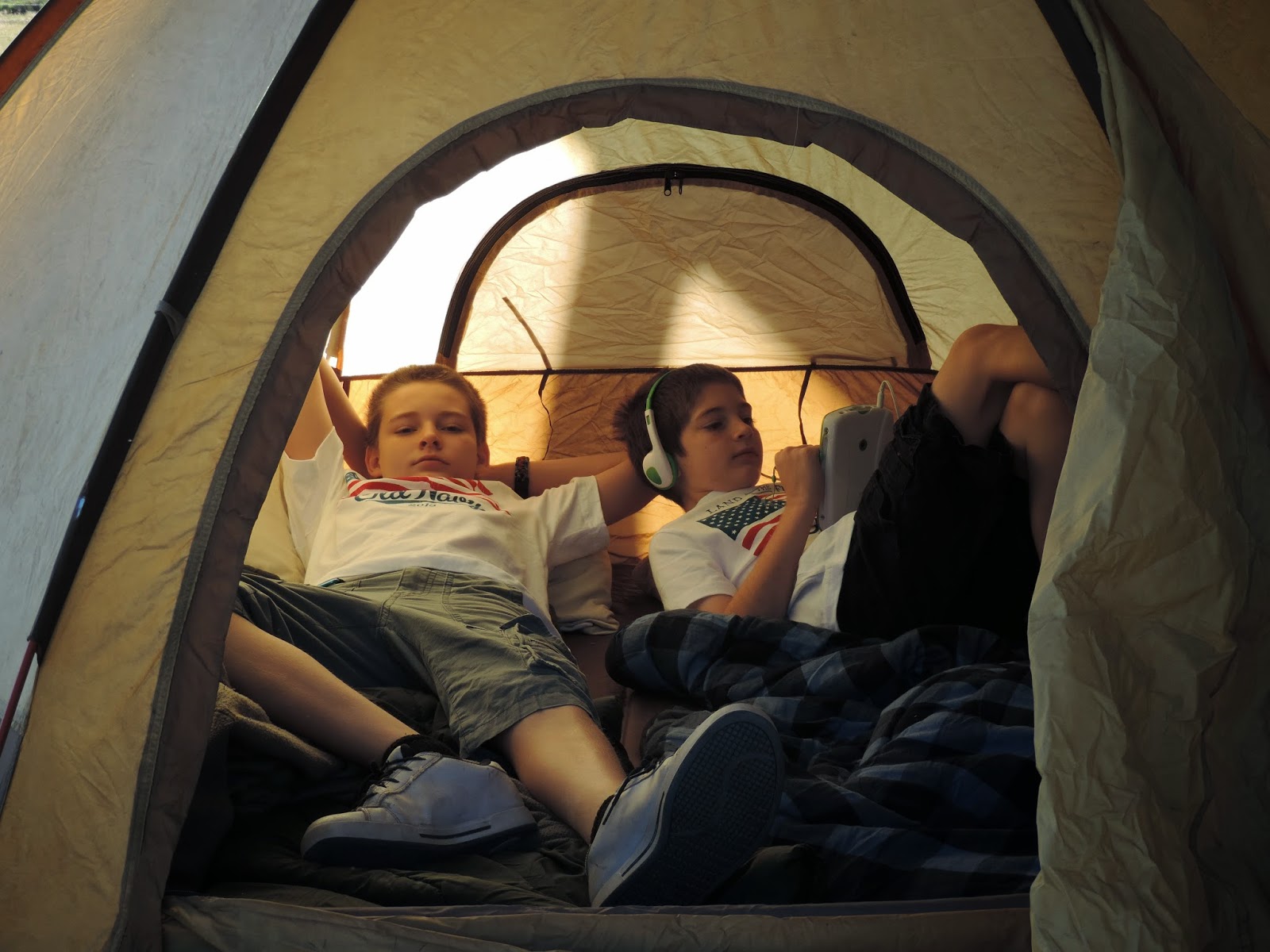 My baby sister (who is Sam's age) gave up her bedroom for Paul and I.  Katie & Hannah slept on couches in the game room just outside our door.  Eli & Jack had a tent on the deck.  Brianna and her friend, Abby, had a tent to themselves, and Sam had another tent.  Josiah slept on the living room couch. 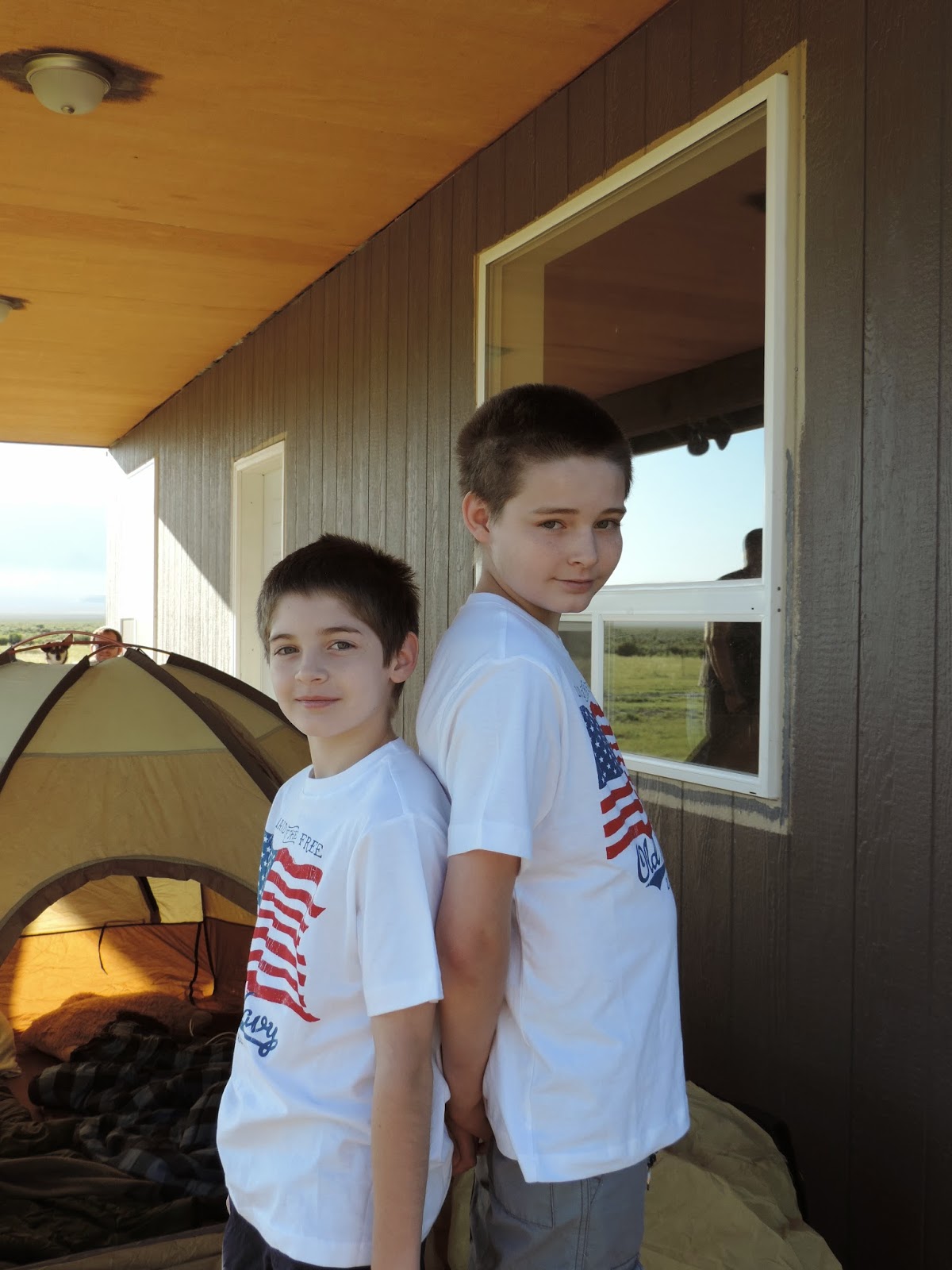 Eli has really shot up lately.  He's going to be a teenager later this summer. 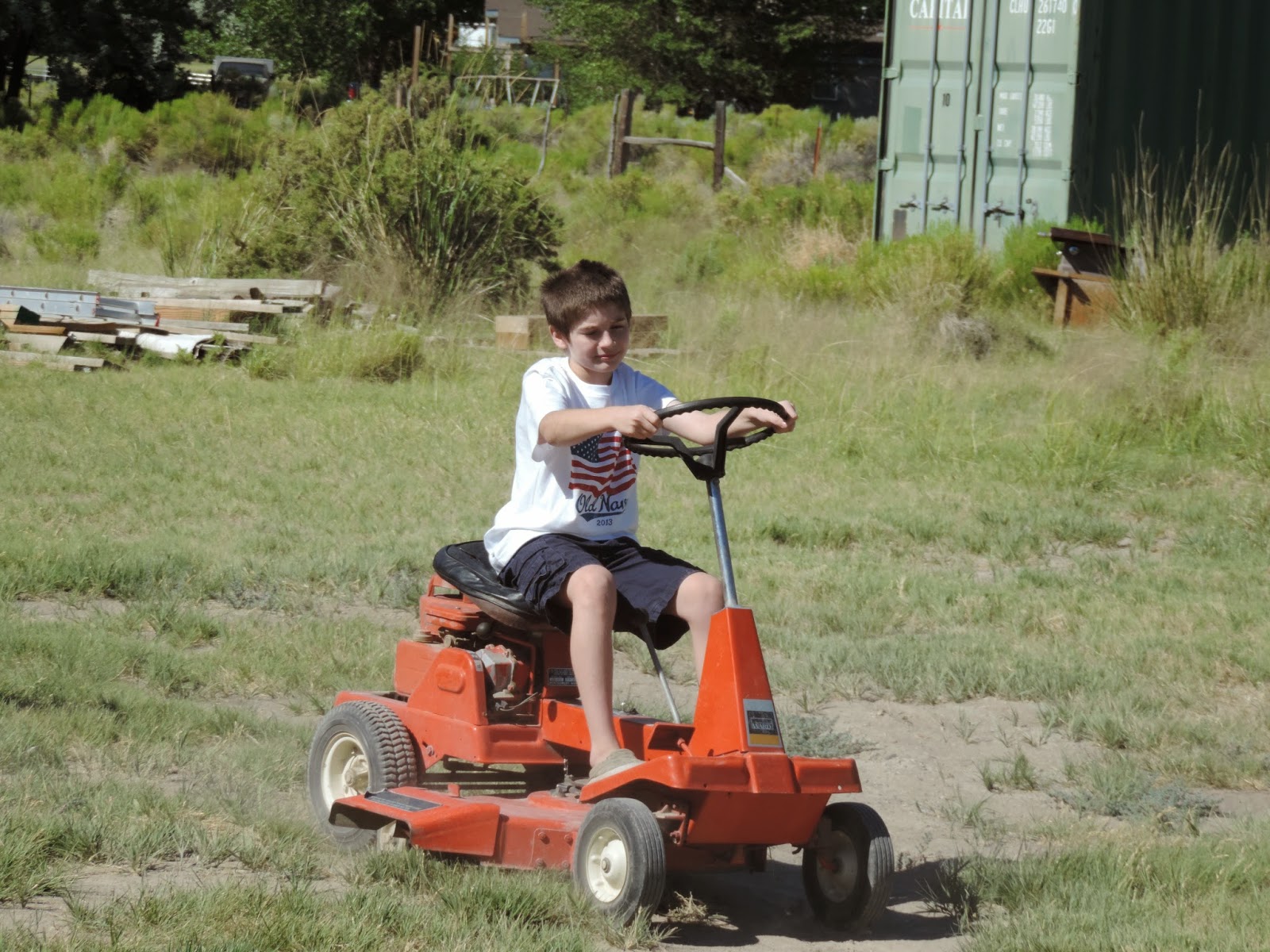 My little sister, Amy, has this riding mower with the "mow" disabled.  So it's more like a go kart.  Jack loved being big enough to drive around on it. 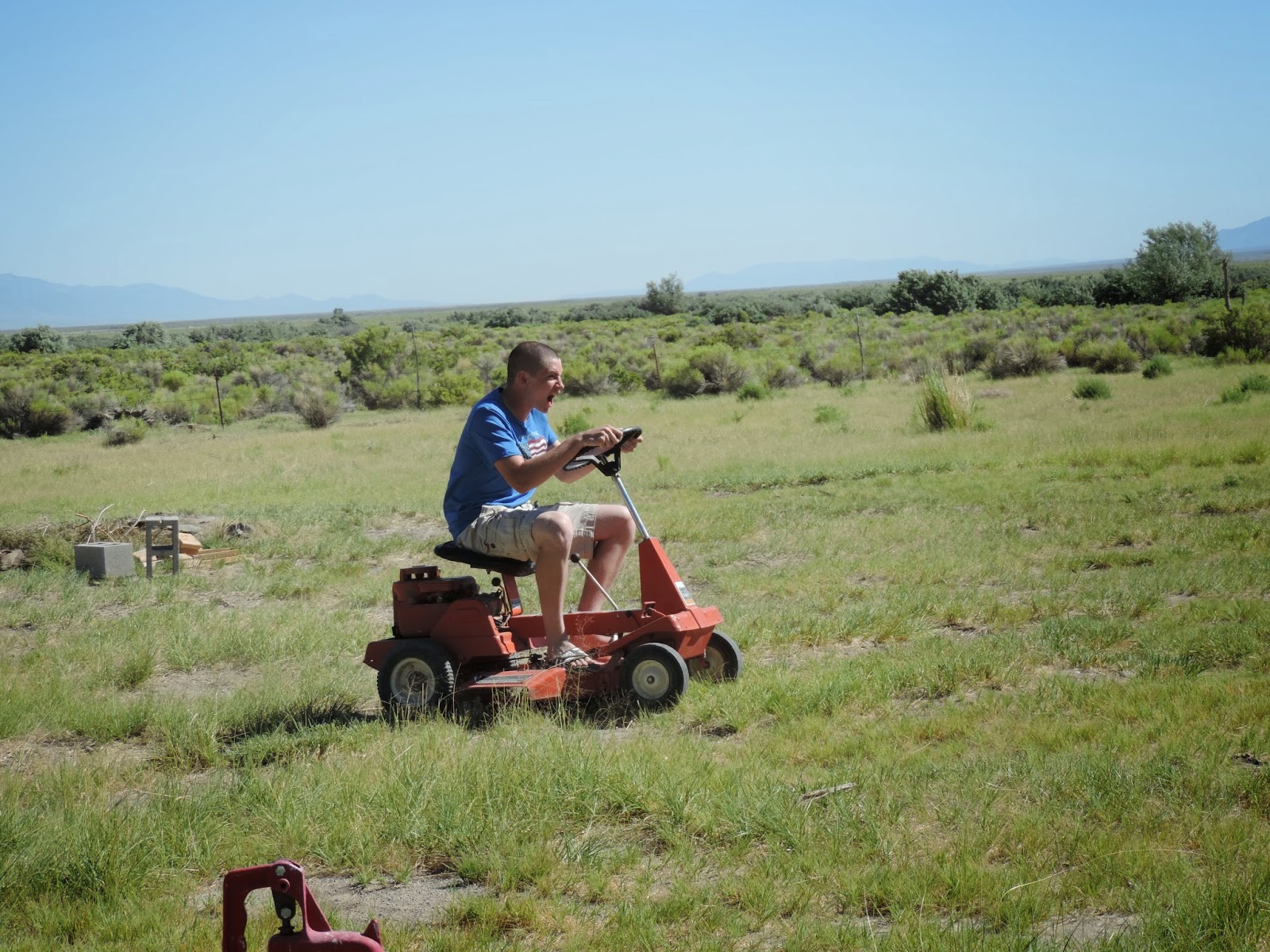 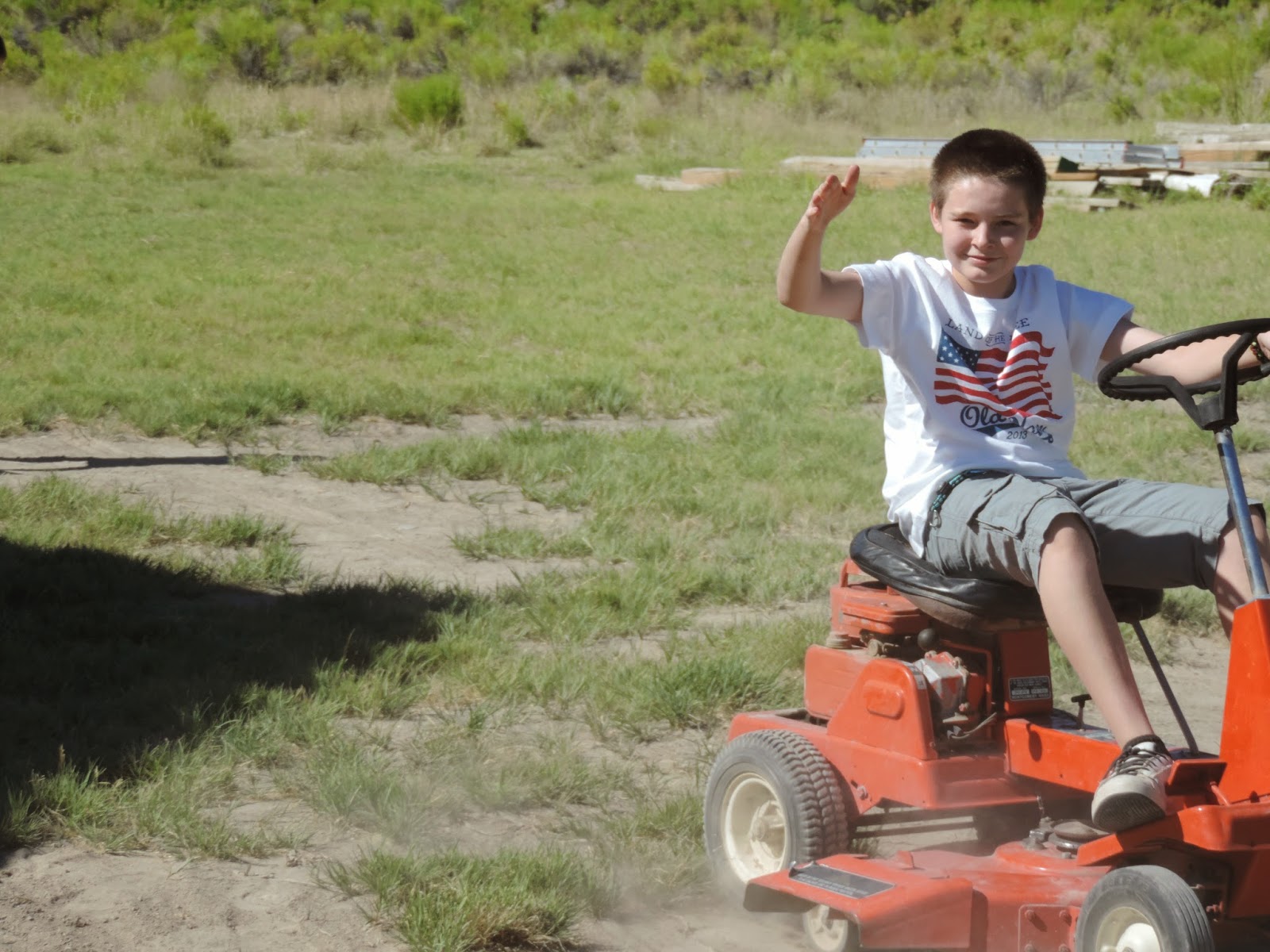 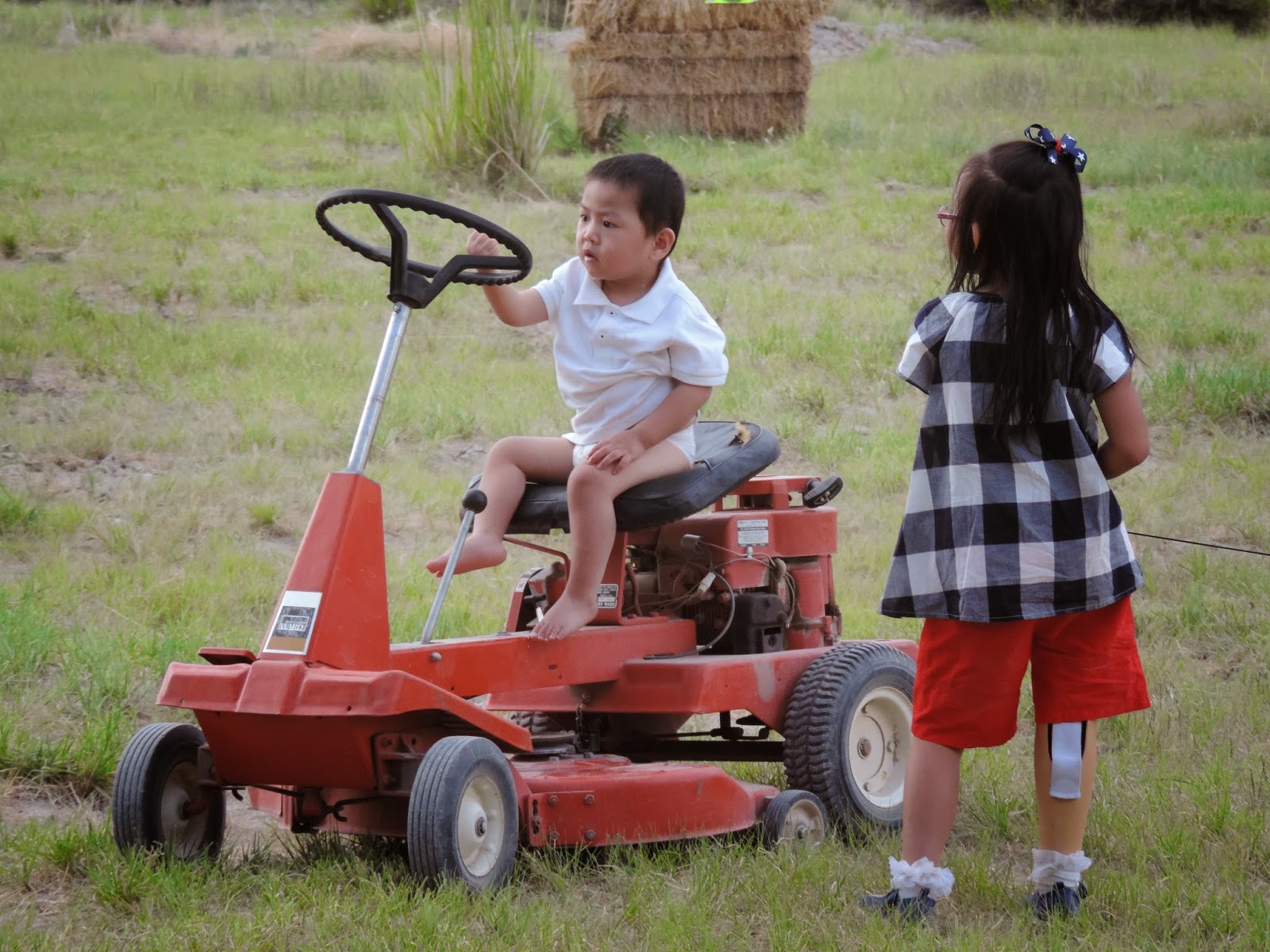 Luke didn't actually ride, but Paul put him on for a photo op. 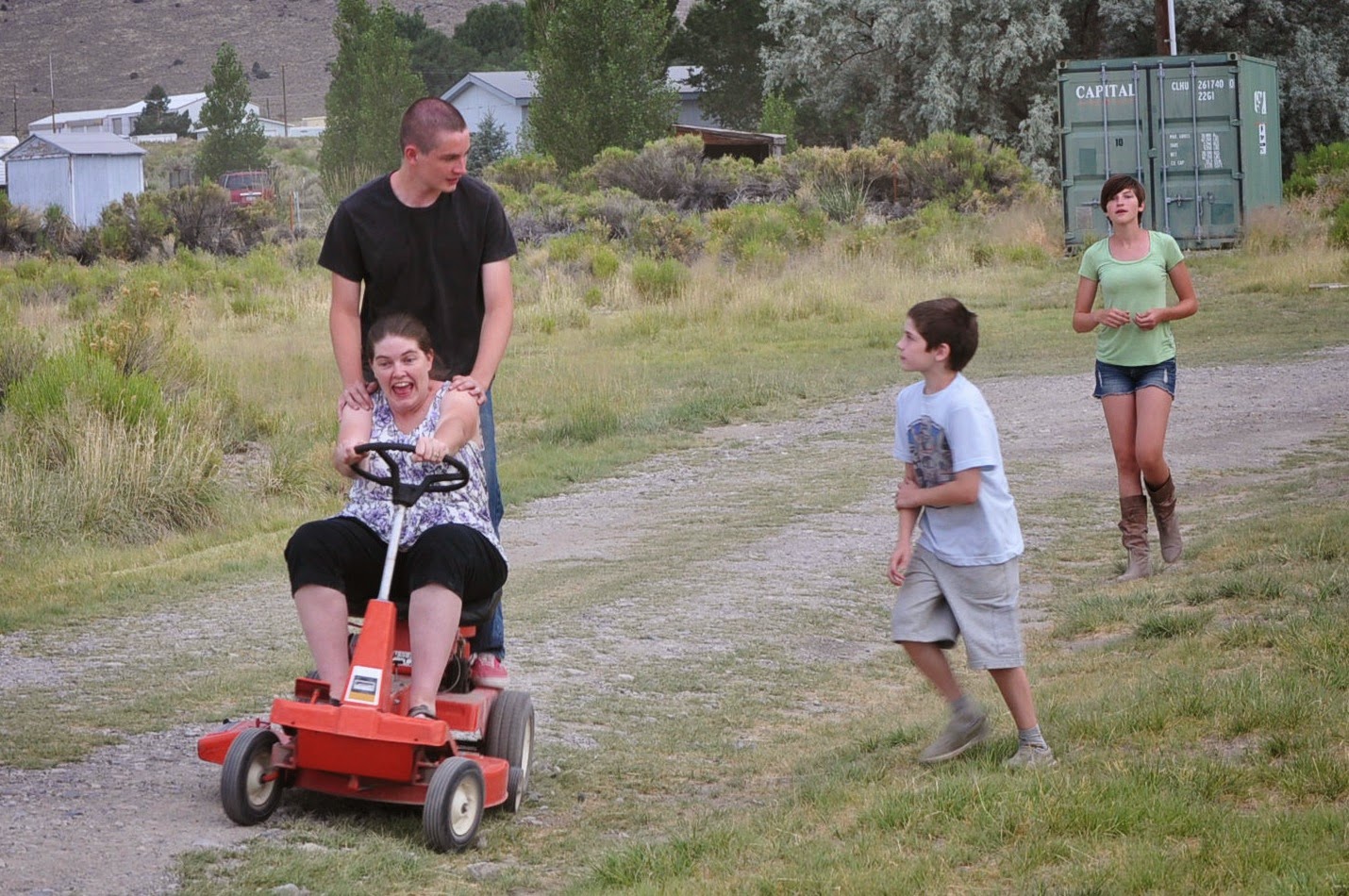 I even took a turn.

We had a wonderful time.  We're home now, and plowing through 5 days of laundry for 9 people.  I'll have a couple more posts with pictures from the trip in the next few days.