Catching Up On October 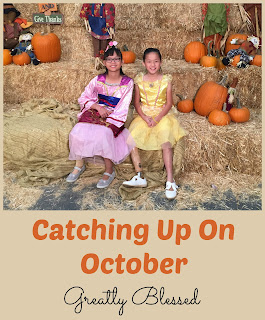 Last time we had clinic at Shriners (when the girls see a doctor to check their residual limbs) it was determined that both were ready for a new leg.  A new leg sets off a flurry of appointments. 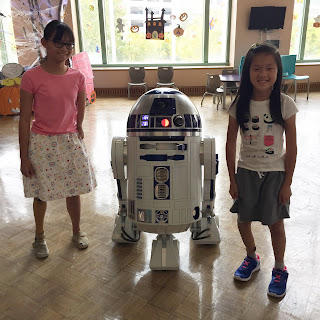 At one of our appointments, R2-D2 was dancing in the playroom, so we stopped for a photo op. 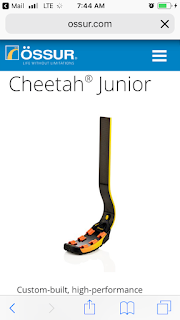 Also, Katie is hoping to get a CAF grant for a running blade next year.  This is the one her prosthetist thinks would be the best option for her. 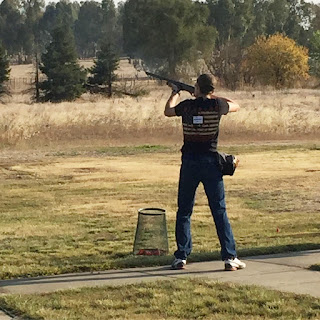 Jack shot in a tournament, and did well. 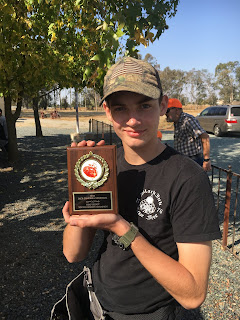 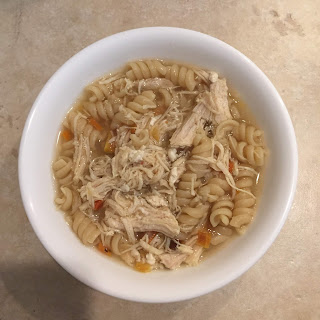 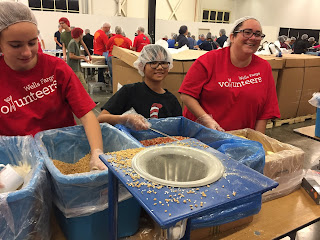 I took the kids to another Feed My Starving Children meal packing event. 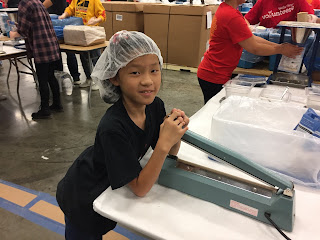 Hannah and Jack and I did one 2 years ago, but this was Katie's first time. 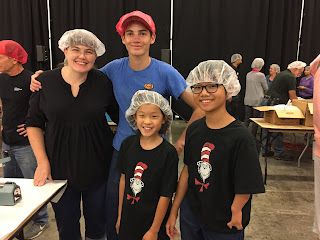 Jack served on the warehouse team, hauling heavy boxes, while the girls and I packed and sealed bags. 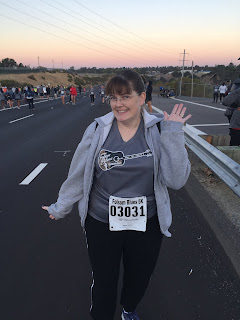 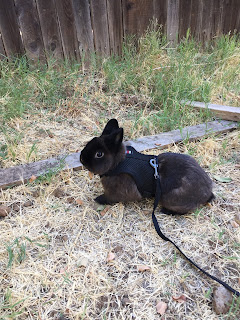 Tuzi bunny, out for a frolic.  The foster bunnies destroyed Tuzi's pop up playpen, so he hasn't been out of his cage as much as I would like. 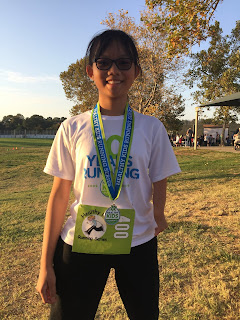 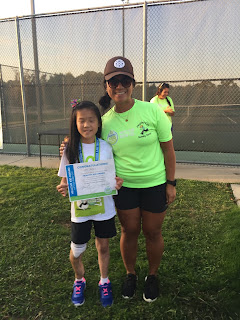 Katie got the Healthy Kid award for attitude and perseverance.  I'm looking forward to the spring session. 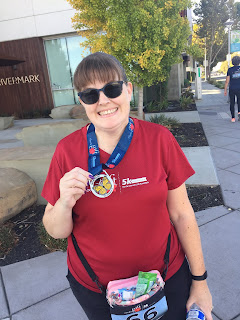 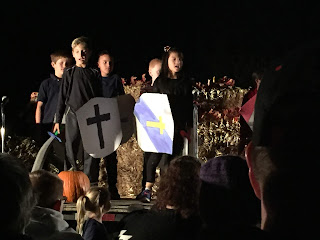 The kids had their Fall Concert, which was outside in the dark, so pictures weren't all that great. 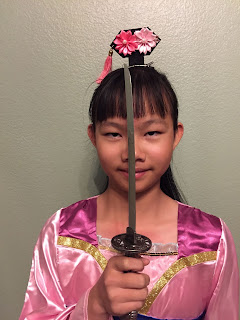 And bringing October to a close was Halloween. 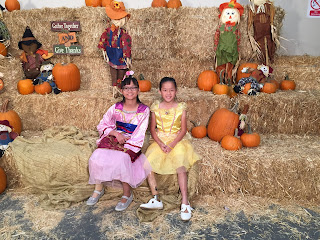 We went to the harvest carnival at church.  Unfortunately, the "circus" act that performed was disability insensitive.  While we were in line, I heard the man on stage say, "If you'd been born without legs, you'd be a freak."  I was so glad the girls weren't paying attention, but what a thing for him to be teaching the kids that go to Sunday school with them. 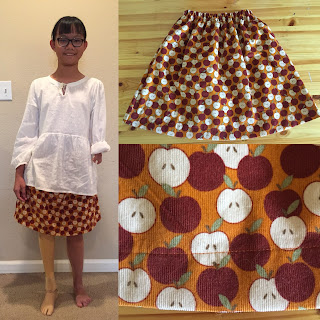 I finally finished all the skirts I cut out for Hannah.  I'm happy enough with the alterations I've made to this pattern that I think I'm going to make her a couple of school uniform skirts, too.  I really liked the skirts from Primary on the girls, but she's outgrowing the last size now.
at November 23, 2019 2 comments: