How Accurate Are Referral Files?

Recently, another blogger contacted me on Facebook, asking if I had any input on a blog post she was working on about the accuracy (or inaccuracy) of referral files from China, because of our experience with Luke.

This sort of opened a can of worms for me, which eventually became this blog post.  Much of this is a C&P of my response to her. 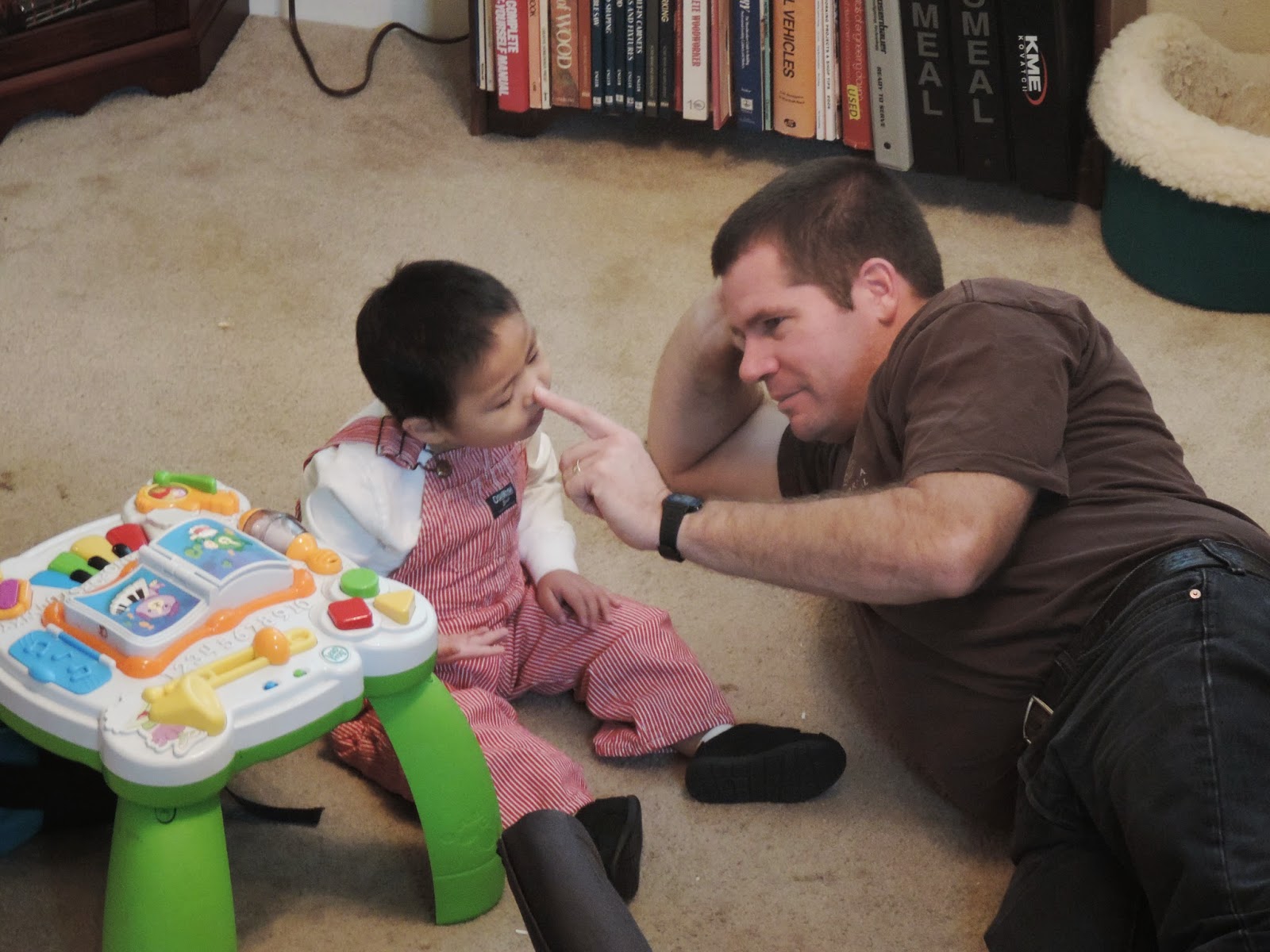 I think PAPs go into adoption with rose colored glasses.  In a sense, you have to, to make the leap of faith that it takes to bring a totally unknown stranger into your home.  If you didn't assume that things were going to be okay, no one would do it.

As for us personally, yes.  We missed things.  Looking back, we can see that Luke wasn't sitting independently in any of his photos.  He was either contained in a chair/stroller or there was a hand holding him up, although one picture showed him standing, leaning against a wall, which was hugely misleading.  Luke has never pulled himself to stand, but can bear weight (sometimes) when placed in a standing position.

Prior to adoption, families are cautioned, "Your new child may react strongly, display strange behaviors, or even shut down at Gotcha Day."  While it's good to have that preparation, it also normalizes *any* behavior from the new child.  When the RQ board was more active, you'd get any number of stories saying, "Our little Wilhelmina was rocking and staring and we were so terrified, but we got home and she just blossomed!  She's funny and smart, and we're so lucky we didn't give in to our fears and leave her in China.  We would have missed out."  I heard over and over, "Her file said she was delayed, but she totally caught up in no time/just needed glasses/gets a little help in school and you'd never know it now!"  Those stories contribute to the idea that it's all going to work out in the end.

It's a rotten catch 22.  If you get to China, and you disrupt because you're afraid there's bigger issues going on, you get roasted alive online because, "How can you know after only one day what progress that traumatized child would make, given the chance?" and then you're accused of ruining their chances of getting adopted by some other family.  If you bring them home and then you're overwhelmed, you get tons of people telling you, "You should have known better!  You knew he was delayed, but you brought him home anyway!"

As for how accurate or not accurate files from China are... well, there's usually not a whole lot to go on.  People have asked if I'm "mad at China" over Luke.  Honestly, no.  I love China.  The country, the people, the culture.  The children of China are beautiful to me, and I love seeing them in blogs and on my Facebook wall.  I left a piece of my heart in China, and I can't wait to take my girls back to visit someday.

Having said that, however, I do feel that communication is an issue.  Was there someone, somewhere along the way that felt like Luke would have a better chance of being adopted if they downplayed his reality?  After we got home, I requested and received quarterly reports from the NGO working with his orphanage.  Had those reports been part of his referral file, we would not have submitted LOI for him.

Let me say that again.  Had we seen those reports prior to the adoption, we would NOT have adopted him.  That's where I get resentful.  The first report shows a very, very sick baby, who looks nothing like the little butterball we saw in the referral pictures.  And *every* single report lists him having CP, which was NOWHERE in his referral file.  We were not approved for CP in our homestudy, and we would not have pursued him, had we had that info.

Luke doesn't have CP, but that's beside the point.  The point is that THERE WERE PEOPLE WHO KNEW that he was not typically developing.  And we didn't get that information. 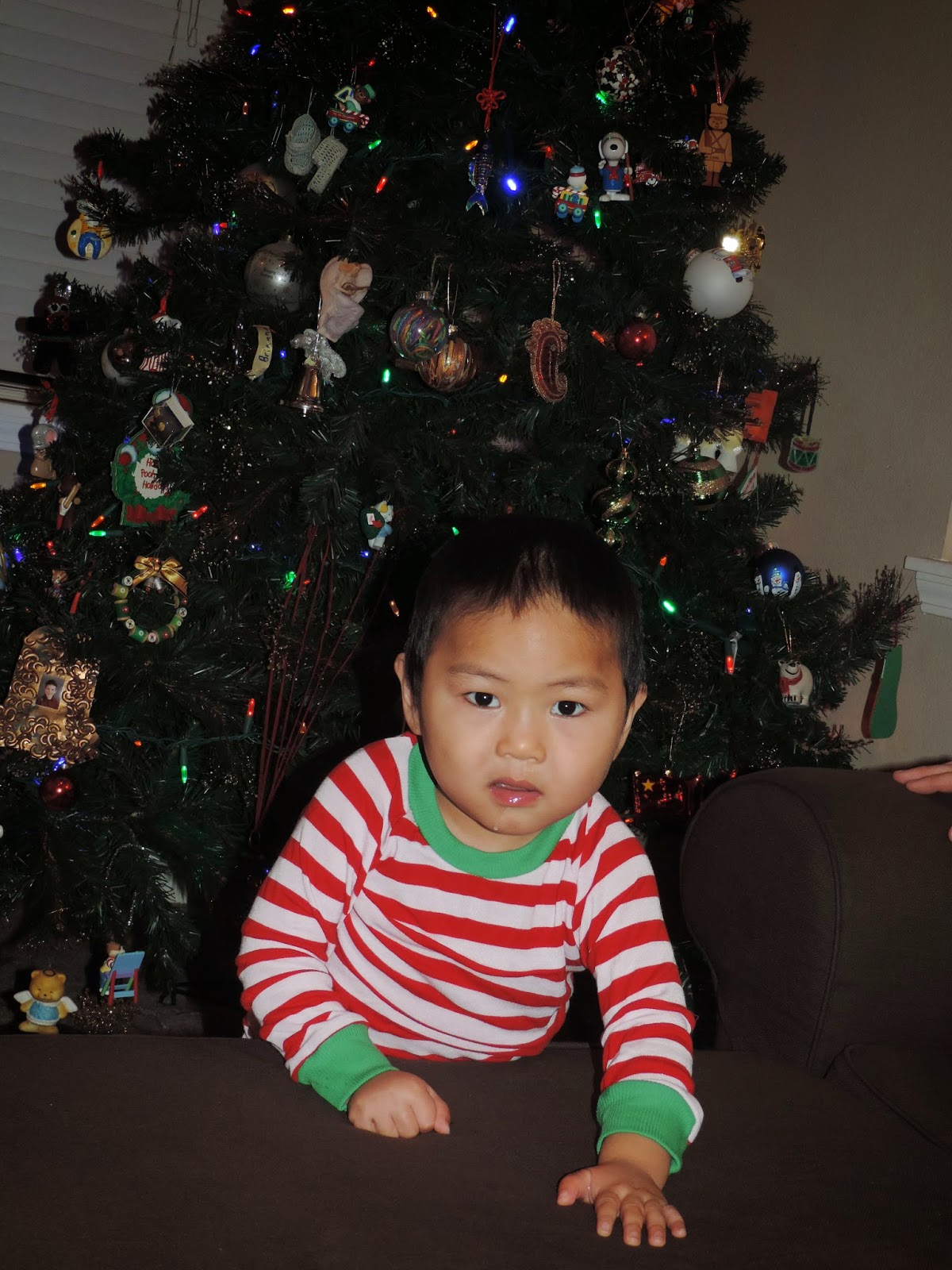 In summary, referral files vary drastically.  Some are spot on, and others are highly inaccurate.  All of them only tell part of the story.  When considering any special need, you should think of the worst case scenario, and determine whether your family could handle that or not.

When I considered "delays," tacked on to the end of Luke's primary special need (which, ironically, aside from one specialist appointment has been a non issue), I thought "worst case scenario" would be that he'd still be a little behind when he was school age, and would need an IEP to help him get through school with his peers.  Never in my wildest imaginings did I think that "delays" meant he would not walk, speak, or toilet train, and that he would not be in a regular classroom at all.

The long and the short of it is, we took a risk, never really believing, or even suspecting, things would turn out as they have.  Now we serve as a cautionary tale to other prospective adoptive parents.