Our Week with Extra Kids 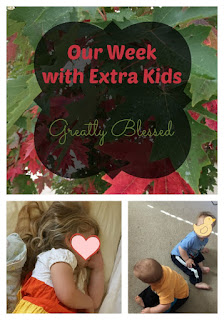 This post may be light on pictures.  A friend of mine is in the hospital, and her six kids have been hanging out here most of the week. 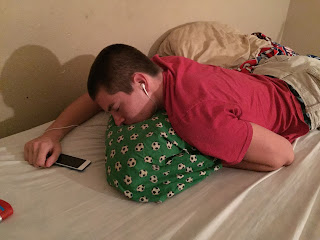 I was calling Sam one day, and went to see why he wasn't answering.  I guess he's not too old for naps, after all. 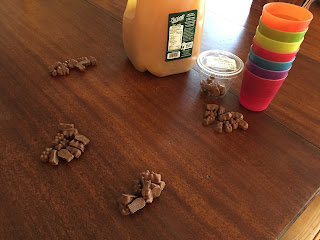 The kids had chocolate covered gummy bears and apple cider as snack, from our trip to Apple Hill.  We, of course, had to listen to the gummy bear song while they snacked.  It was a favorite when Jack was a toddler. 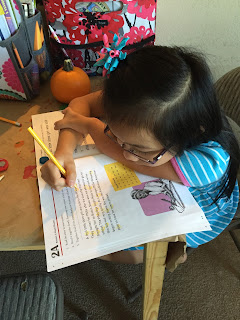 Monday, we did some schoolwork first thing in the morning and then went on a field trip. 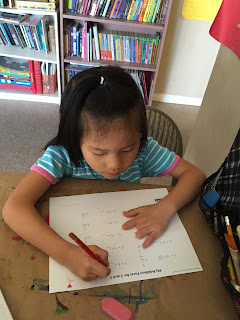 Since this is the pumpkin patch time of year, I have been saying yes to all the various pumpkin patch opportunities that come along.  I'll share pictures from that later. 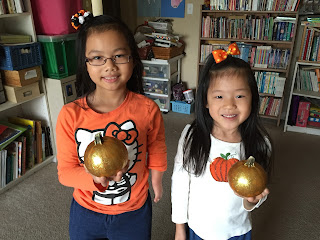 Katie and Hannah chose to use gold glitter and Mod Podge to make their pumpkins from Apple Hill all sparkly.  They turned out beautiful!  I want to get a white pumpkin and use light turquoise glitter on it to make an Elsa pumpkin. 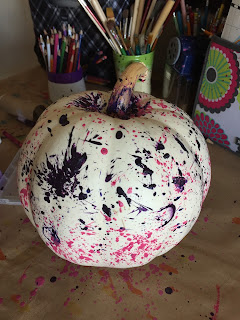 I chose to melt crayons on my pumpkin from Apple Hill.  Totally did not go how I imagined it would, but I'm okay with how it turned out. 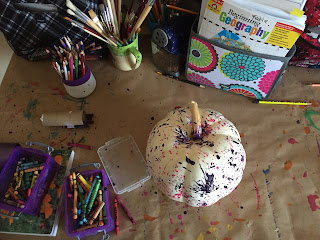 Unfortunately, it was super messy, and pretty much everything in this picture got spatters of crayon wax on it, including Katie's geography book, the pencil sharpener, and our paintbrushes.  Definitely an outside project next time. 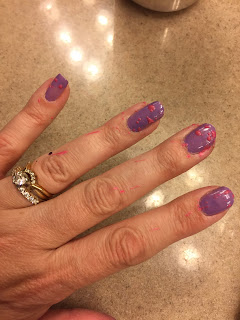 I ended up with crayon all over my hands, too. 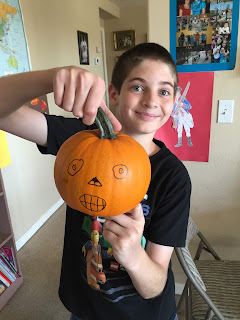 Jack used a Sharpie on his pumpkin. 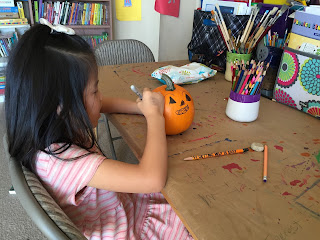 Which inspired the girls to do Sharpie drawings on their second pumpkins (from the pumpkin patch trip). 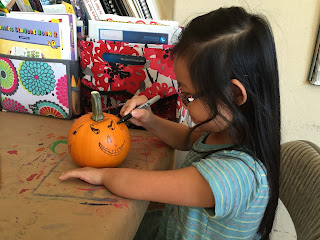 I've become a more relaxed mom with my younger kids than I was with my first few.  I hardly ever wanted to get out markers, let alone set the kids lose with Sharpies. 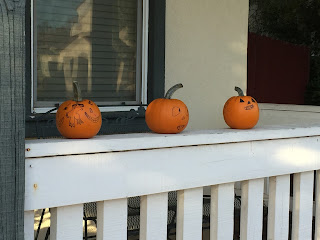 3 of our pumpkins sitting outside. 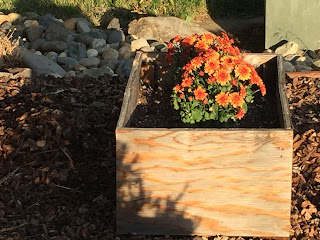 Speaking of outside, the kids and I made a trip to Green Acres recently. 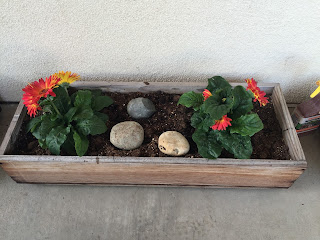 They helped me pick out some autumn colored flowers to spruce up the front yard a little bit.  Unfortunately, some of them have already been eaten by local wildlife.  Grr. 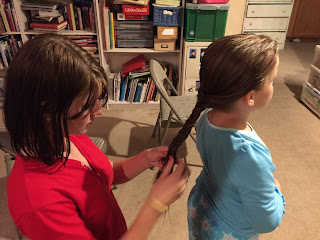 After baths one night, I paid Brianna in chocolate chips to braid one of my friend's girls' hair while I braided the other's hair. 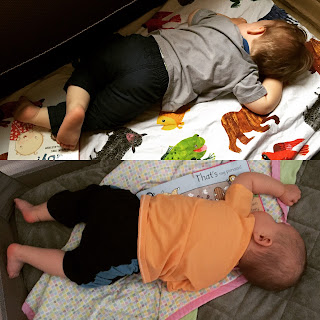 These guys have kept us on our toes this week.  Jack and Hannah have been super helpful with them, though.  I can actually switch the laundry or use the restroom while the two of them follow them around and make sure they're safe.

Sometimes I impress even myself.  Mornings around here have involved getting 11 kids up, dressed, fed, and dropping 5 kids off at schools in 2 different towns, and getting home about 2 hours after my alarm went off.  (Sam gets to sleep in.  Lucky guy!) 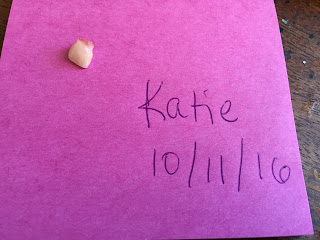 Big news this week!  Miss Katie has lost a second tooth!  This time from the top.  She's got one bottom and one top tooth that are both loose.  No apples for her these days. 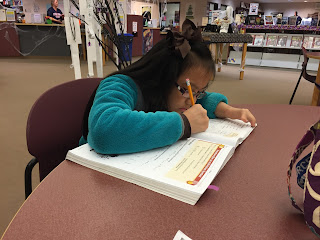 We got a chance to catch up on some math during Jack's speech therapy. 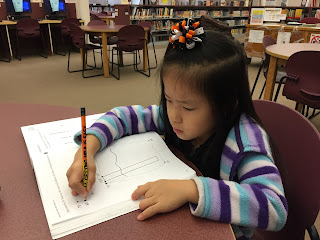 We'll do a bit of weekend schooling to make up in math and spelling, but other than that, I'm not going to stress about our time off.  Would it be wrong of me to call these days "community service?" 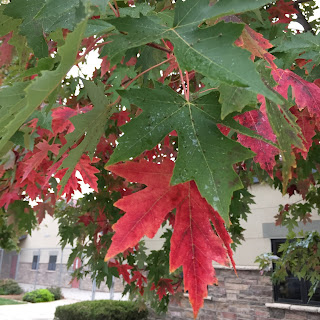 The leaves are starting to turn, and it's rainy today.  Summer is officially over.

Prayers appreciated for my friend who is still in the hospital.