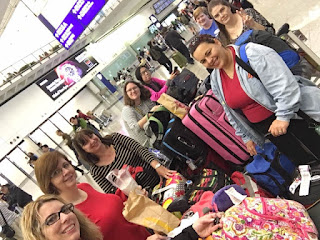 The team at the airport. 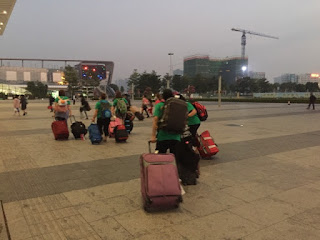 I'm sure we made quite the spectacle as we dragged all these suitcases from the hotel to the train station at 6 am.

My first train ride, and I had my head down, trying to sleep almost the whole time. 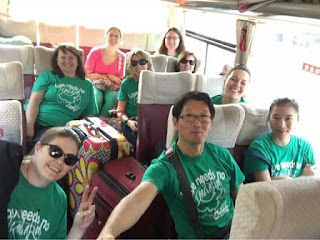 On the bus from train station to hotel. I made it to the hotel before throwing up again, and slept while the rest of the team had lunch. 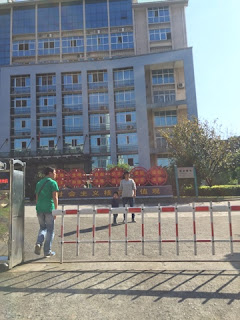 This is the orphanage at Chenzhou. We spent a couple hours here yesterday, just meeting the kids and hanging out with them. I have lots of pictures on the big camera, only a few on my phone. 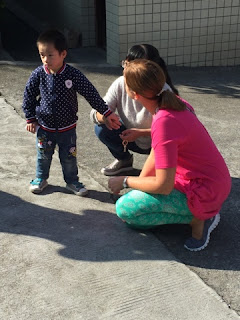 The mama in pink is adopting the little boy. This was their first meeting. 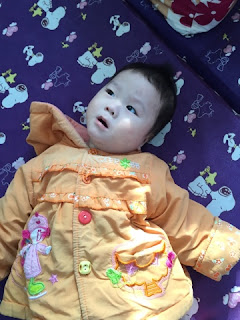 We were allowed to take the babies out of their cribs and bring them to the play room. I scooped up this little guy. 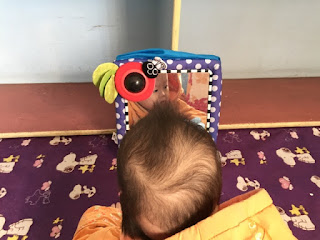 He's pretty floppy, but he can roll from tummy to back.

Tomorrow, well no, later today (it's 2:39 am now) we'll be making sure to get all the babies our of the cribs and into the play room. 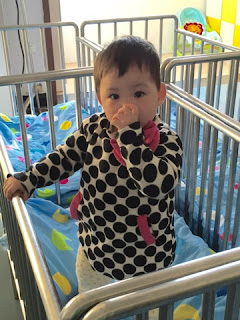 I'm told that this little one has a family coming for her. 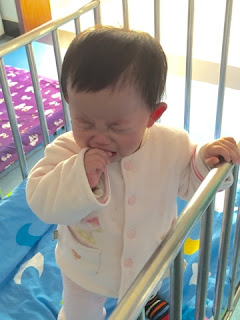 I'm hoping to spend some time with this one today. He or she never made it to the play room yesterday. 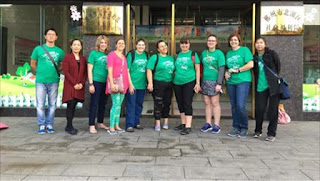 The team with one of the directors, as we left the orphanage.

Prayers appreciated. I'm still sick. I thought it was air sickness, but it's been too long for that. Managed to eat some dinner last night, including donkey, which was pretty good, but spicy.
at November 05, 2016

Email ThisBlogThis!Share to TwitterShare to FacebookShare to Pinterest
Labels: China