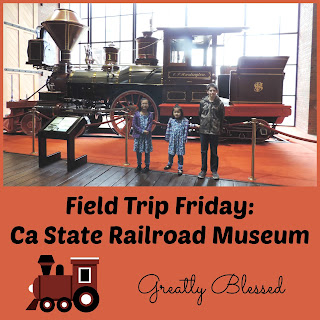 Our spelling passage last week (in Spelling You See, level E) was about the Transcontinental Railroad.  The passages we've had lately have gone really well with our history studies this year.  We watched a You Tube video about Promontory, Utah, where the two railways met, and I decided we need a trip to the train museum. 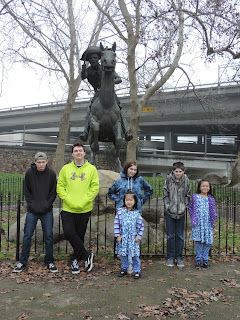 I set out with Josiah, Brianna, Eli, a friend of B&E from school, Jack, Hannah, and Katie.  Josiah is camera shy, so he's beside me while I'm taking this picture before we entered the museum. 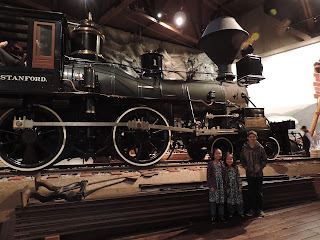 The teens went off to do their own thing, and I was left with "my students" to enjoy the museum at a more leisurely pace. 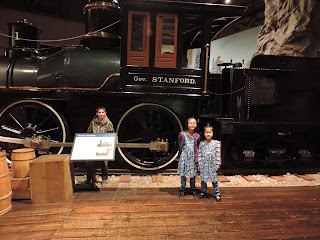 We saw trains!  Lots of trains.  We watched a movie in the beginning, and I was pleased that it mentioned the Chinese contribution to the Transcontinental Railroad in a positive light. 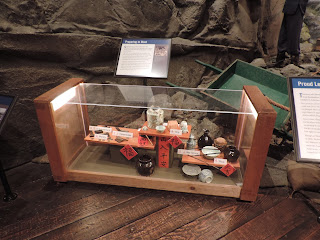 In fact, there were even exhibits that talked about the Chinese laborers who worked on the tracks. 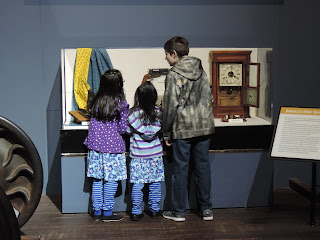 The kids and I had a great time looking at everything. 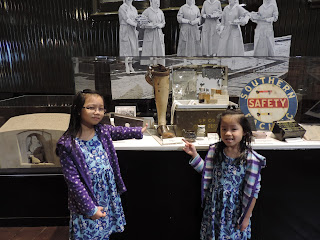 We even found a very old prosthetic leg!  I, for one, am thankful that technology has come along so much since then.  This leg looked pretty primitive to us. 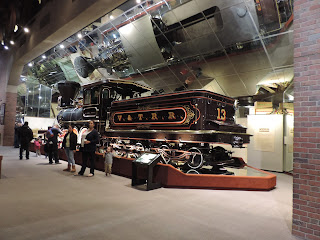 We learned that, because California doesn't *have* coal, California engines burned wood instead, and had special funnel shaped, spark-catching smokestacks like the one above.  I like the mirrored ceiling that allowed us to see the top of the train engine. 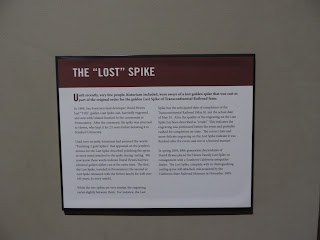 I'd explained to the kids about the Golden Spike, and I thought our local museum might have a replica (maybe an old iron one painted gold?) but it turns out, TWO gold spikes were cast, and one of them lives here! 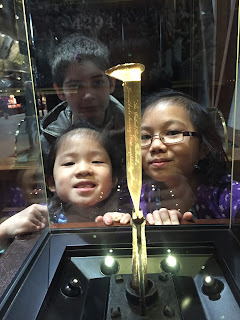 We were all pretty impressed with it. 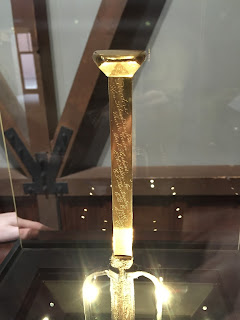 All 4 sides are beautifully engraved. 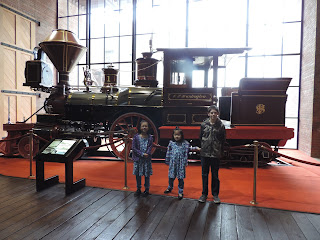 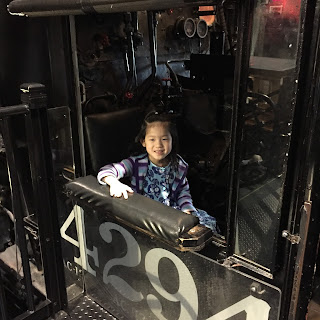 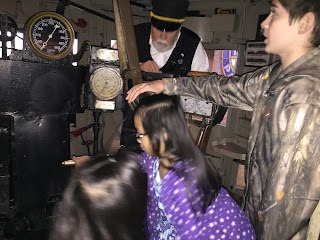 The docents were helpful in explaining things to the kids. 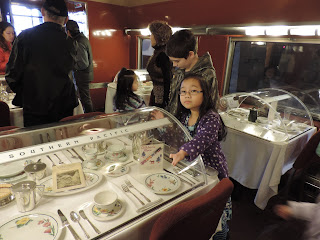 The cars you could walk through were pretty cool.  There was a modern one, like the high speed trains I rode in China, then there was a sleeper car that rocks (I told the docent on board that one that I'd need motion sickness medicine to do his job!), and my favorite, the dining car with all the different dish sets used by the various railroads. 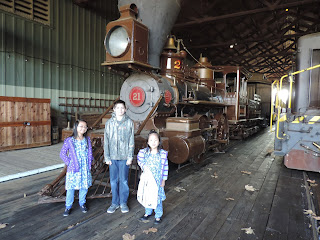 There was also an outdoor section, with, you guessed it, more trains. 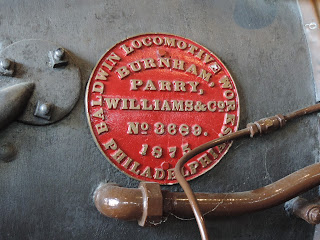 It was really neat to be able to see and touch part of our history. 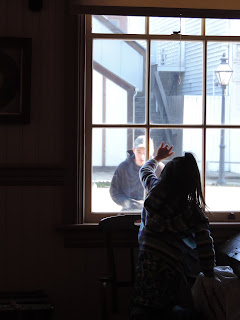 Oh, look, the teenagers have found us. 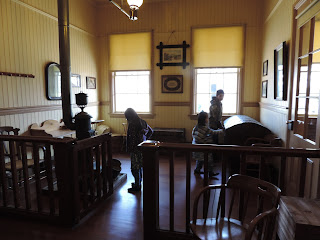 This was a "ladies waiting room" in the train depot.  At Christmastime, they do a Polar Express train ride here.  The trains are not currently running, but they start back up in April, so I told Hannah to remind me after her birthday and we'll come back and ride one of the trains.

We had pizza for lunch. 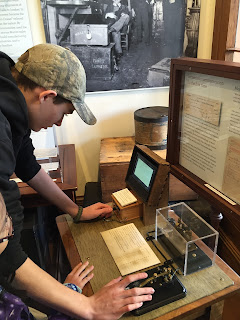 Afterwards, we stopped in at the Wells Fargo Museum and got to play with a telegraph!  This was perfect, because the lesson prior to the railroad lesson in our spelling book was about Samuel Morse, inventor of the telegraph. 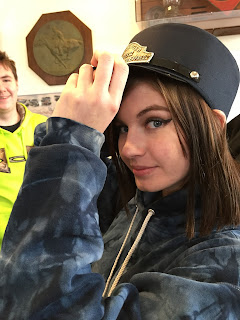 We learned a little bit more about the Pony Express, too. 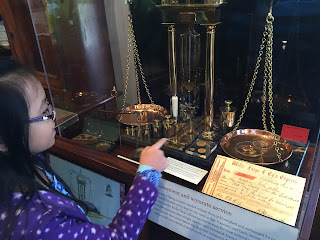 The brass scales used to weigh gold to change the miners' gold into money. 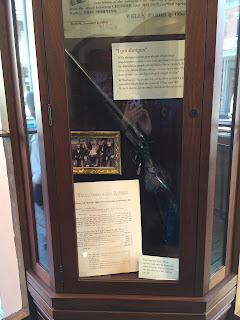 And the origin of the phrase "shotgun" in regard to riding in the car. 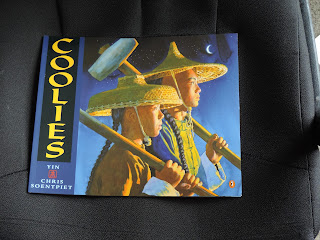 A fun time was had by all, and we came home with this book from the train museum gift shop to remember our visit.