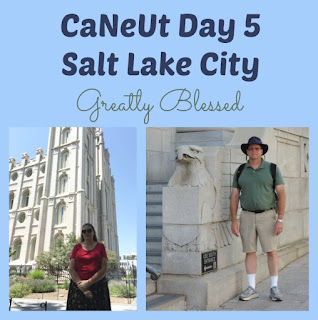 Okay, so you already know that we spent the morning at the museum, right?  (If you missed it, you can read about the dinosaur part here and read about the Viking part here.)  How about the rest of the day?  I'm glad you asked. 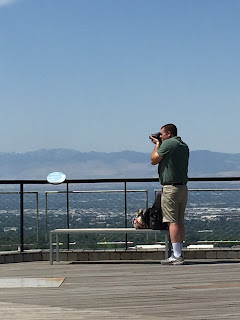 After we left the amazing museum with the incredible views, we decided to poke around downtown Salt Lake City.

Now, if I had it to do over again, I'd do it a little differently.  I would have gotten us on one of those bus tours that does all the downtown touristy stops in an hour and a half, first thing in the morning.  That way, we could have seen several more sights, and not spent time lost and frustrated.  My concern was, I wanted to be sure we'd have enough time at the museum.  But we totally would have. 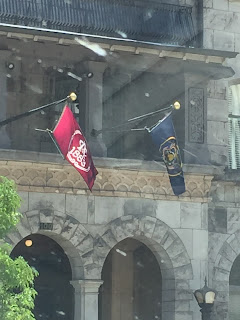 I wanted to be able to show the kids we saw Utah flags.  I actually had to look it up to see what to look for. 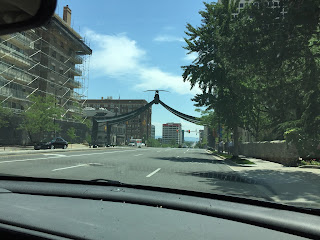 Paul rolled his eyes at me when I took this picture, but Eagle Gate is a thing.  I'd seen it mentioned online.  There it is, check that off the bucket list, and you don't even have to stop the car. 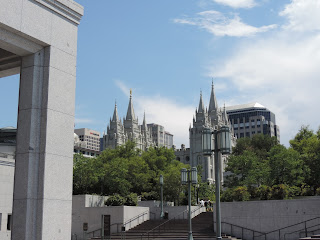 And there's the temple.  Or should I say The Temple?  It's kind of a big deal. 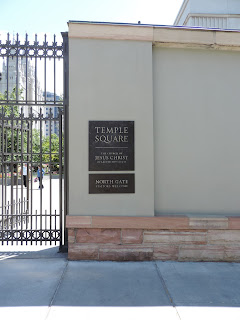 I wanted to see Temple Square while we were in town.  Not because we're Mormon (we're not), but because I've read some Mormon history, and I find it interesting.  And, there's a little of the "when in Rome" thing, too.  It's a big deal to LDS folks, and we're here, let's take a look. 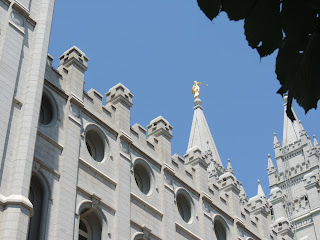 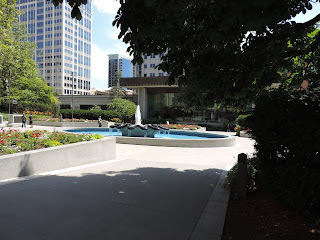 A burbling fountain.  Temple Square (the area around the temple) is really tranquil and pretty.  Lots of flowers and trees.  Everything's very clean. 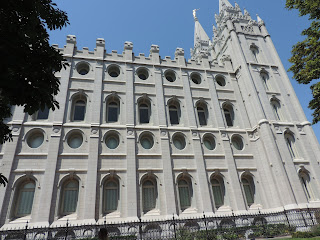 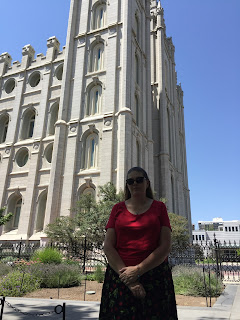 My "I was there" picture. 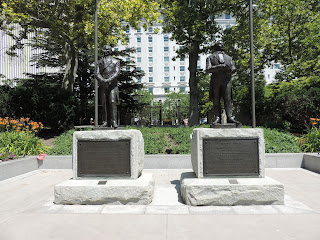 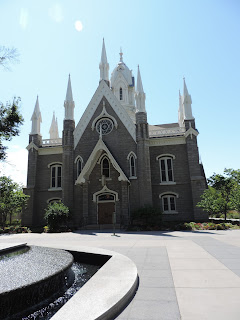 I enjoyed poking around and being touristy at Temple Square, but Paul did not.  It was also about 104* while we were there, so I'm sure that was a contributing factor in our short visit. 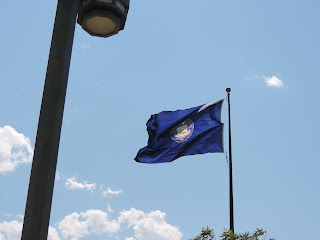 As we were leaving, I caught a better Utah flag shot.  You know how hard it is to photograph flags??  I discovered that at Sam's graduation ceremony in April. 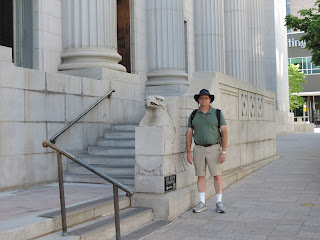 Later that day, we wandered around downtown SLC near our hotel. 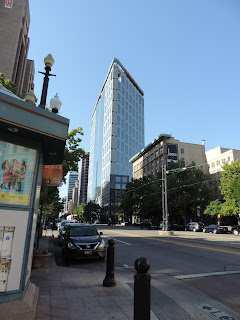 That triangular structure is a Wells Fargo building. A row of rentable bicycles in front of a gorgeous building with a gold door. 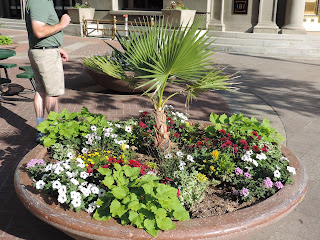 I almost didn't know what to do with myself without kids to teach/keep track of/answer questions for.  Usually, when I'm "out" someplace new, it's because we're on a field trip.  I saw a lot of things that reminded me of the children, or that I would have liked to share with them. 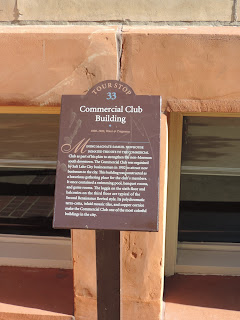 Seeing some of the Tour Stop signs and buildings made me really wish we had done a quick downtown tour to get the best overview. 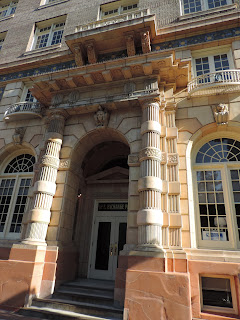 But we managed to get the general idea. 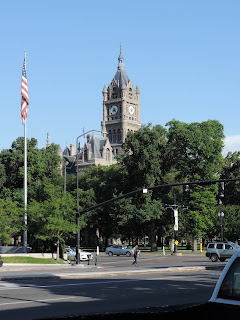 That clock tower is in Washington Square.  Turns out it's part of the city-county building. 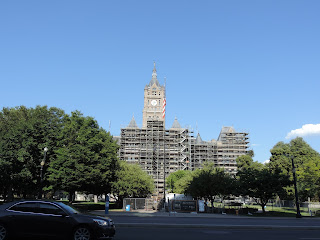 It looked like it was having a bit of a facelift, but I later found out that it's earthquake retrofit work.

And that was about the end of our day in Salt Lake City.  The next day we would travel back to the kids in Nevada.