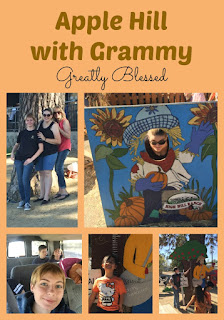 We had a weekend with Grammy planned before the Sonoma County fires broke out, and there for a while I wasn't sure if she'd be able to still come visit for not.  Fortunately, she's back in her home now, and it all worked out. 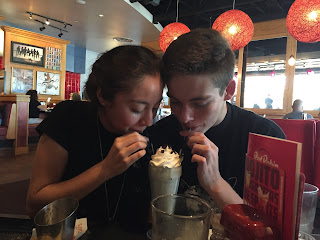 The high schoolers had a half day Friday, so we took them out to lunch.  Aren't they adorable?  Later, we ended up taking Boy with us to pizza dinner, but there were no pictures. 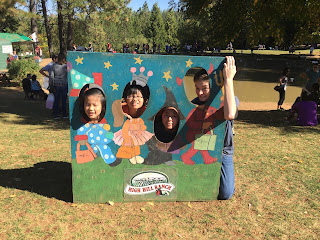 Saturday, we set off for Apple Hill. 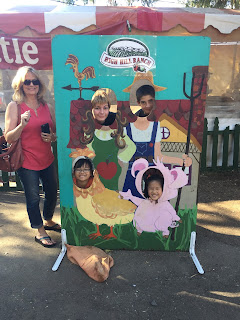 Usually, we go during the week, with just the homeschool kids, but since no one is homeschooling this year, we had to brave the weekend crowds. 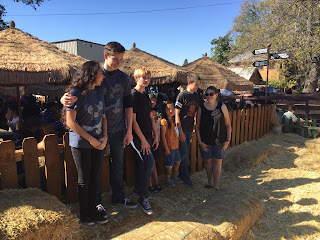 I tried to get a group picture taken, but it didn't work out. 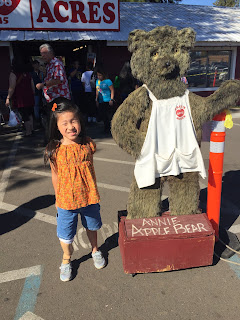 We stopped at 3 different farms. 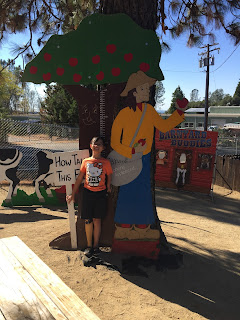 We bought apple donuts and apple butter and apple pies.  And plain old apples, too. 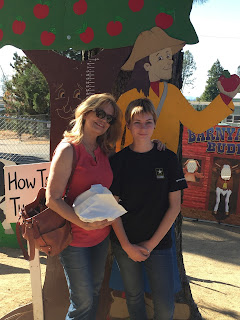 Brianna wanted to make sure she got a chance to come this year, since if all goes well, next year she'll be in the Army. 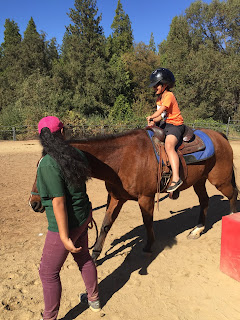 The girls got to ride horses. 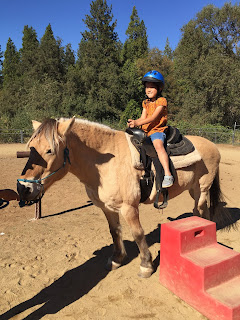 This really shows how far Katie has come.  She used to be so terrified of all animals. 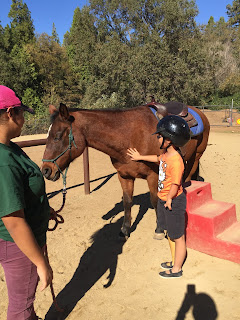 Hannah rode a horse at this farm the very first October she was home. 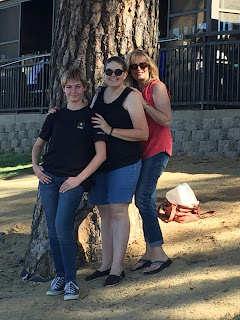 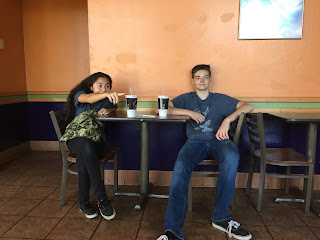 Donuts only hold you for so long.  We stopped at Taco Bell for a late lunch on our way home. 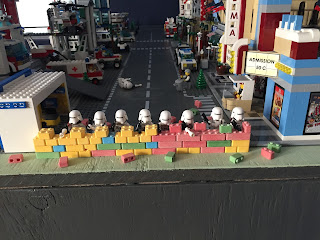 Jack got Lego candy at the candy store behind High Hill, and built this wall when we got home. 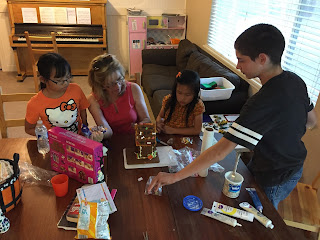 Grammy and the girls assembled this gingerbread haunted house that Grammy brought.  I supplied some partial cans of frosting out of the fridge, and a bit of extra candy. 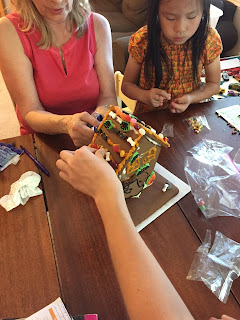 Jack helped with the decorating of the roof.

It was a nice weekend, and it was really good to see my mom was doing okay after all the stress of the fires and being evacuated.