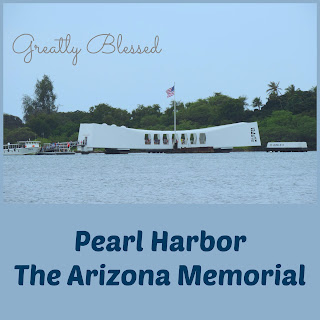 Pearl Harbor was a moving experience.  More so than I expected. 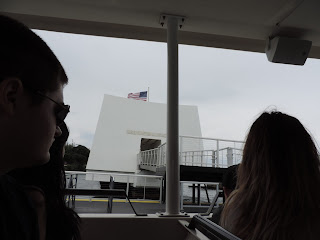 Tour companies will try to sell you tickets to the Arizona Memorial, but if you simply show up there in the morning, the tickets are actually free--they just run out every day.  We got free tickets for the 10 o'clock showing.  First, you go into a theater and watch a brief movie, then you board the shuttle boat to the Arizona. 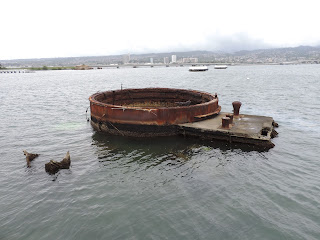 The view from the windows of the memorial. 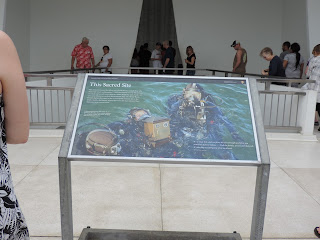 Personnel who were assigned to the Arizona at the time of the attack, who were not on board when she went down, can be buried with the ship when they die. 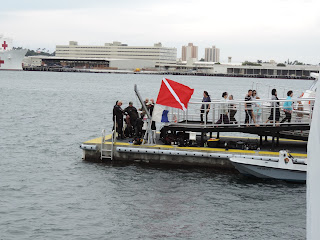 In fact, we saw a dive team preparing to go down while we were there. 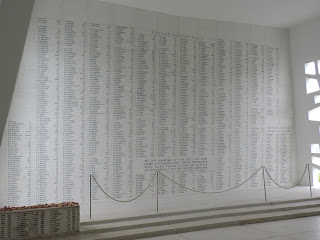 The back wall is names of those who died aboard the ship. 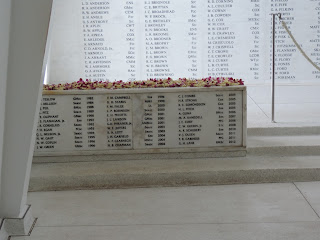 The smaller lists at the sides of the monument list additional crew members who have since been buried there. 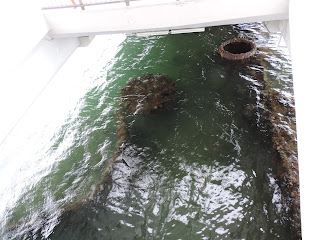 Because the monument is built directly over the ship, you can look straight down onto it.  We could see tropical fish swimming, but they don't show up in the picture because of the glare. 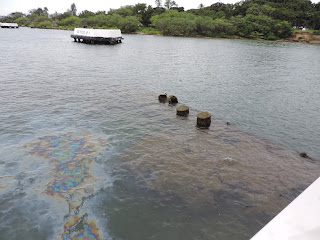 Even all these decades later, there is still oil leaking from the ship.  You can watch it on the water, and the lapping waves carry it away. 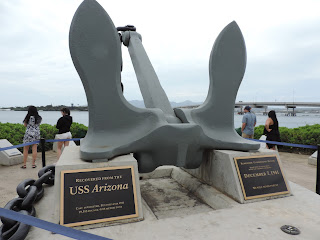 One of the massive anchors of the ship, which was recovered after it sank. 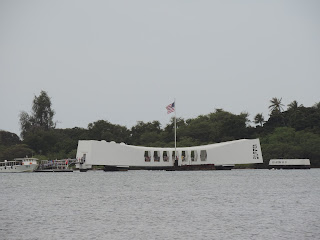 This was a somber field trip, but I'm so glad I went.  As the mother of service members, I was touched deeply.

Fortunately, there is more to see at Pearl Harbor, and I will share pictures from the Bowfin and the Museum soon.