An Adoption Keepsake with Cuts By Laser 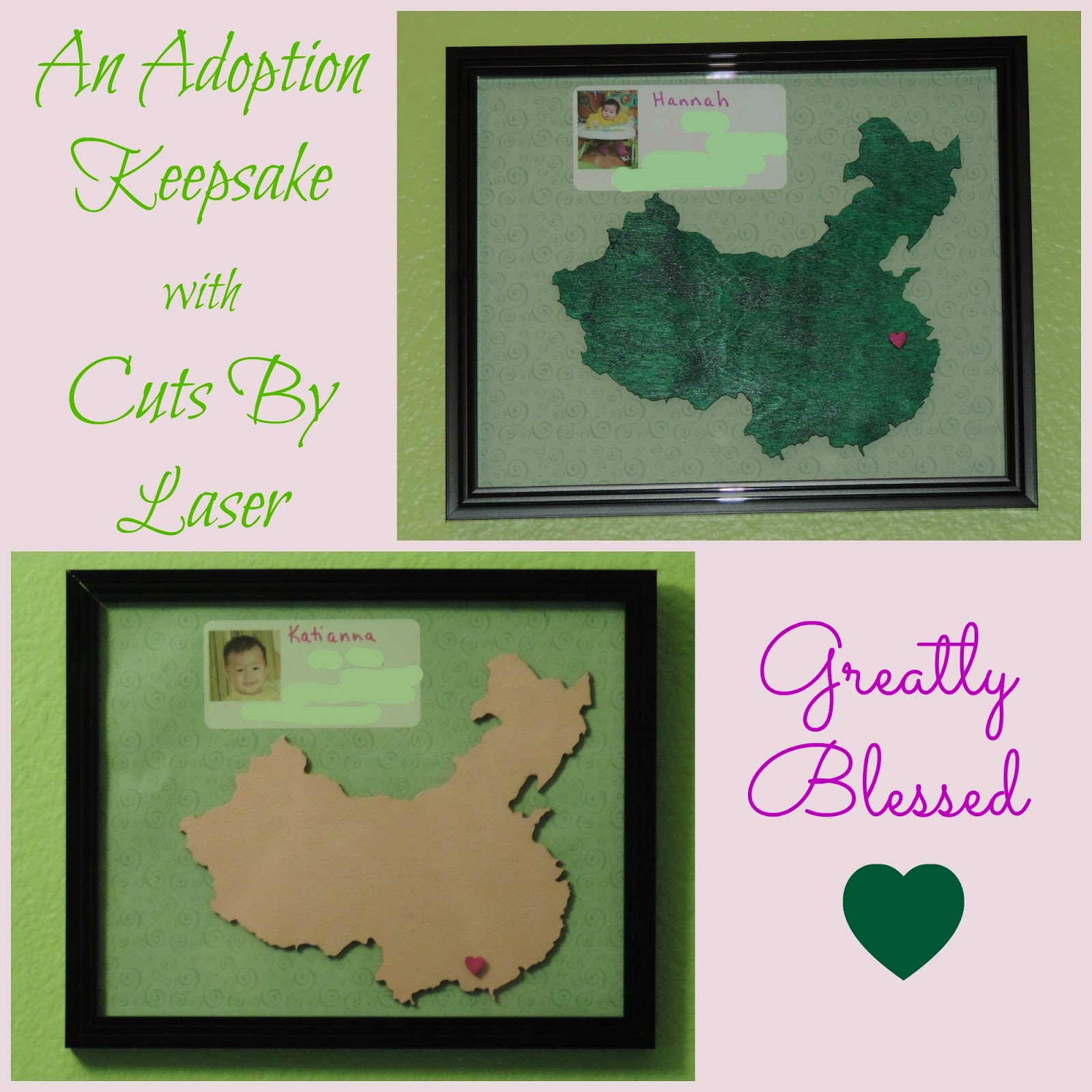 A while back, my friend Jennifer of Cuts By Laser sent me a package of goodies made from wood. 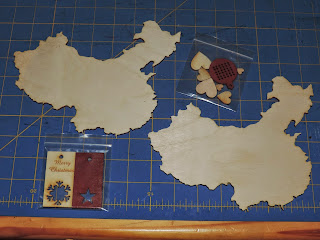 I had an idea for a project I wanted to make for Hannah and Katie, and she generously offered to make me blank China map pieces and tiny hearts to work with. 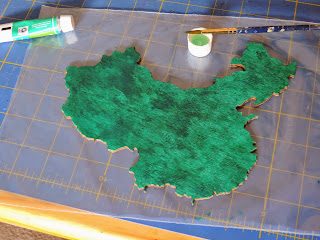 Of course, things usually go better in my imagination than they do in reality, and I was frustrated at not being able to get the paint on the first one to cover evenly, so I set it aside for a while. 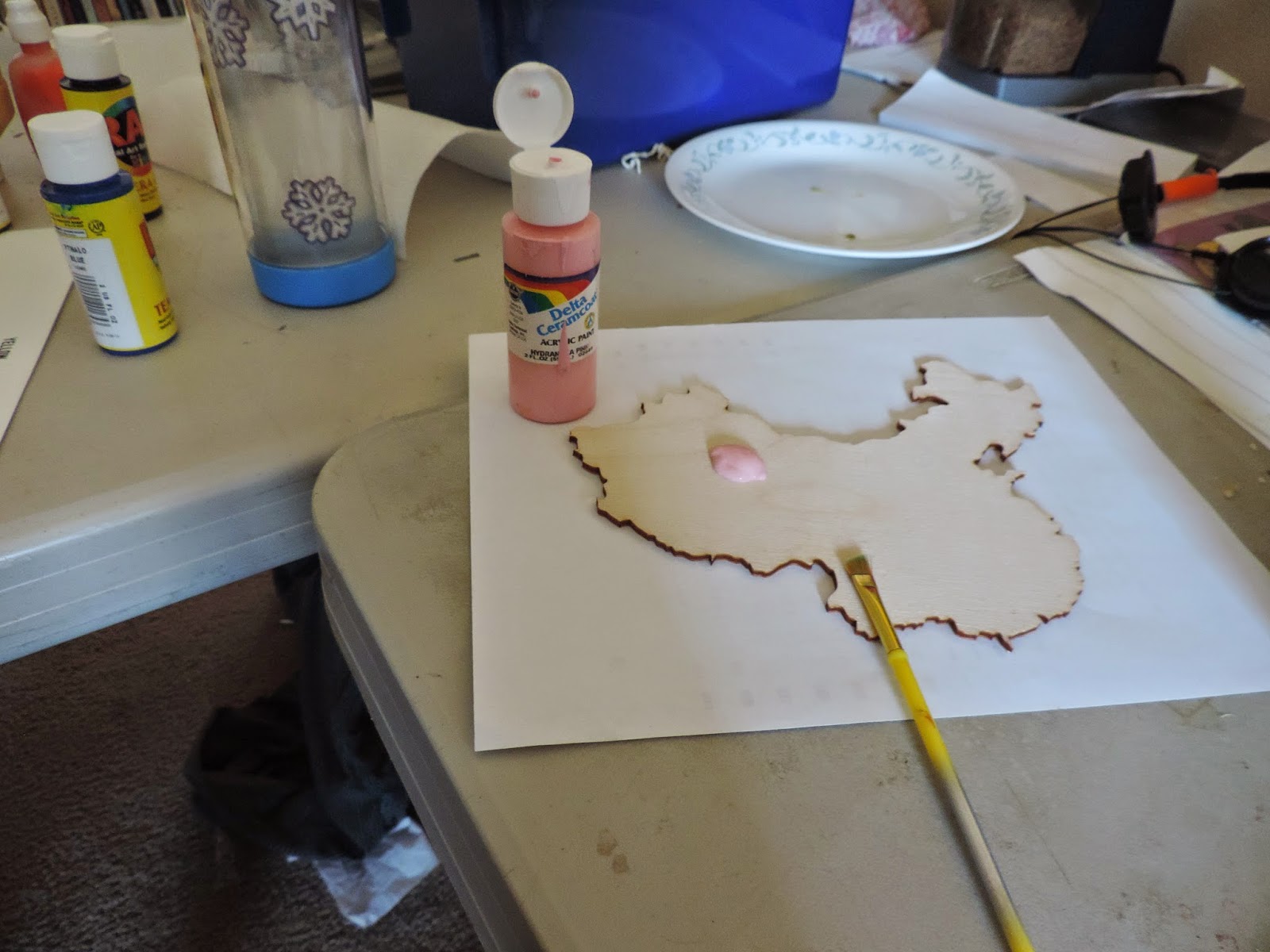 Recently, when the kids were painting, I decided to try again with the other China cutout. 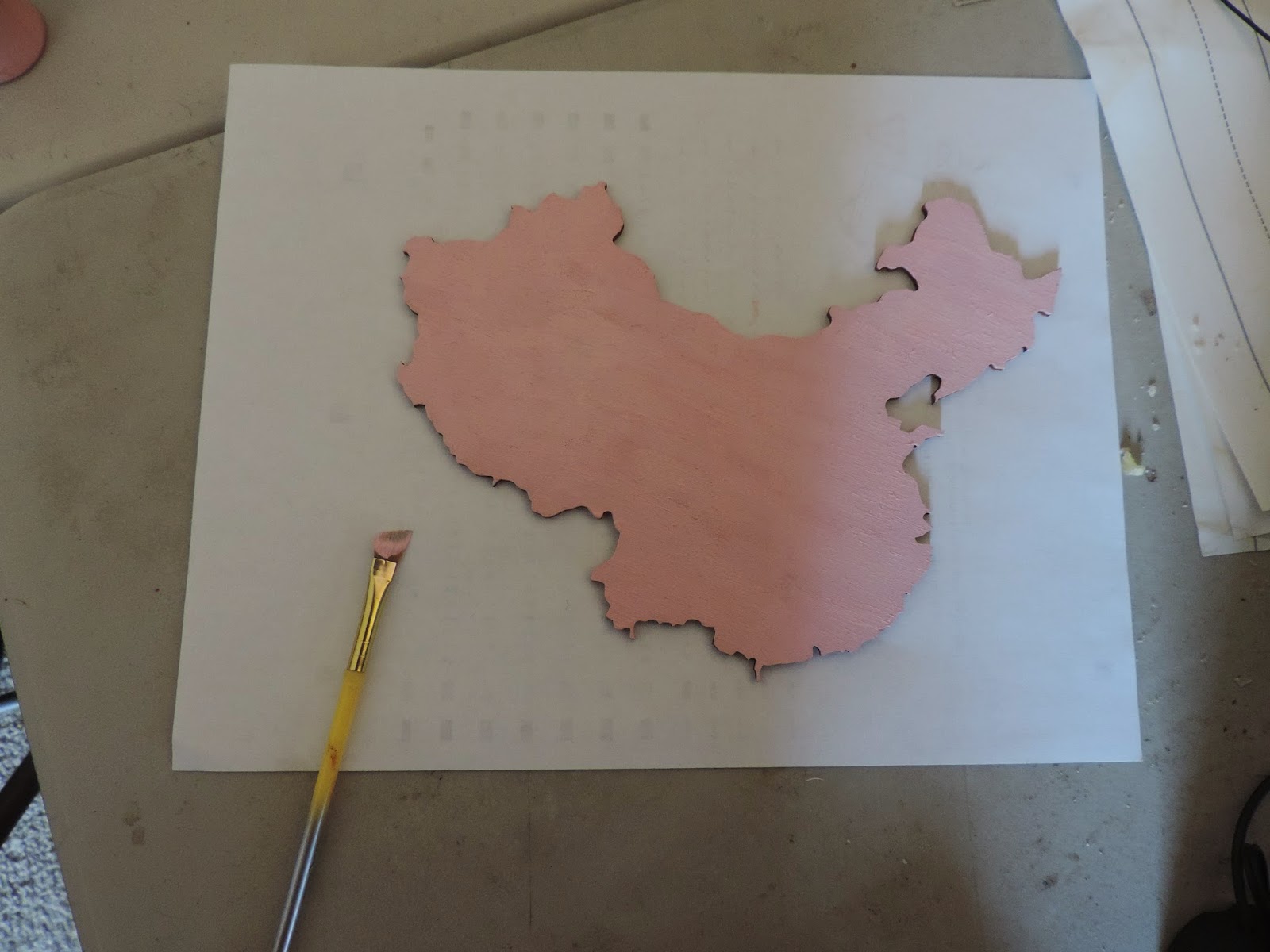 I was much happier with the results the second time, and the green from the first one grew on me after a while of not messing with it. 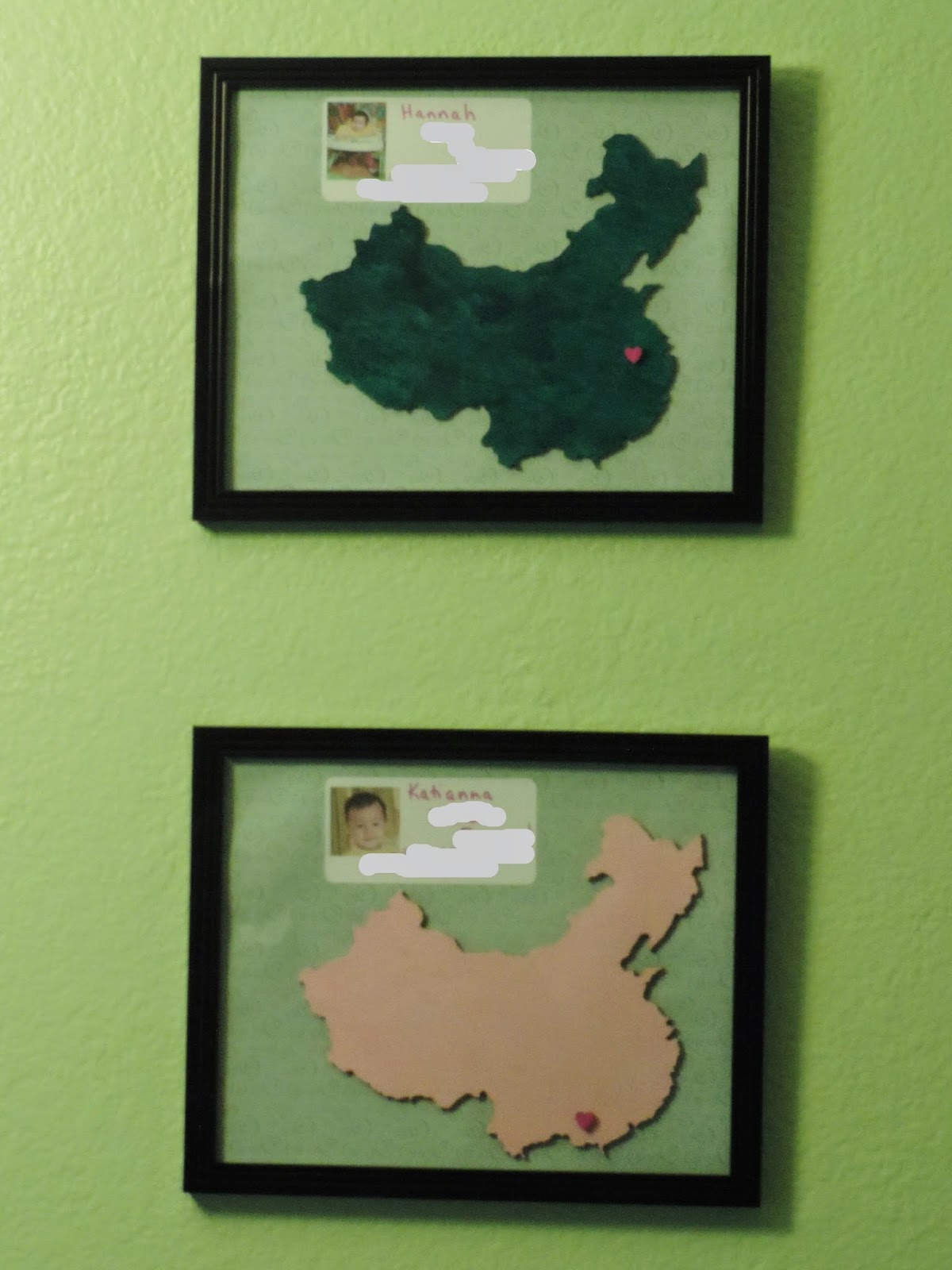 This is what we ended up with! 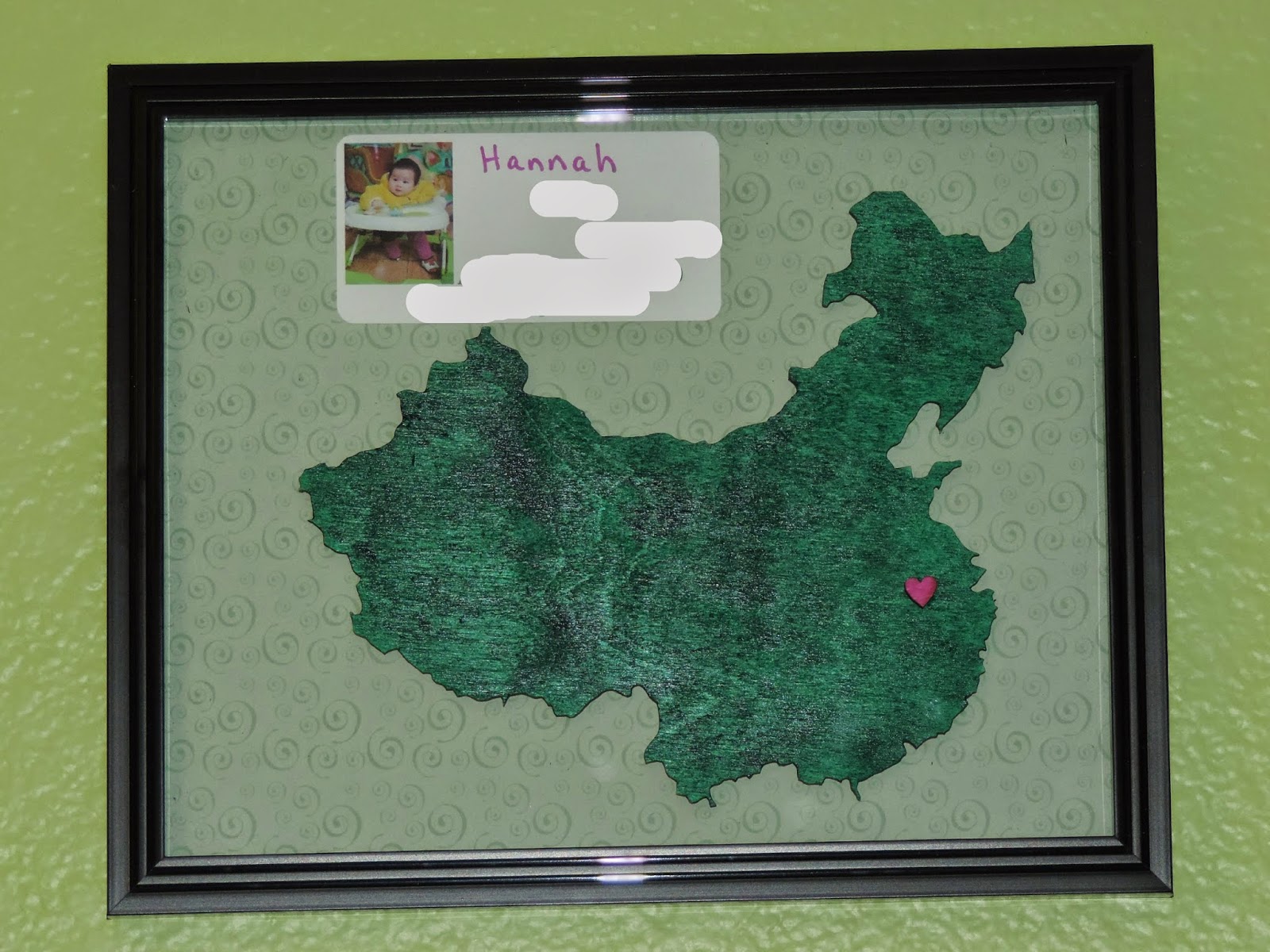 I used scrapbook paper for the background, and 8x10" frames.  Then I printed a label for each of the girls with a picture of them from their time in China.  Both the photos I chose were among the first ones we saw of each of the girls.  The little faces we fell in love with while we were waiting to meet them. 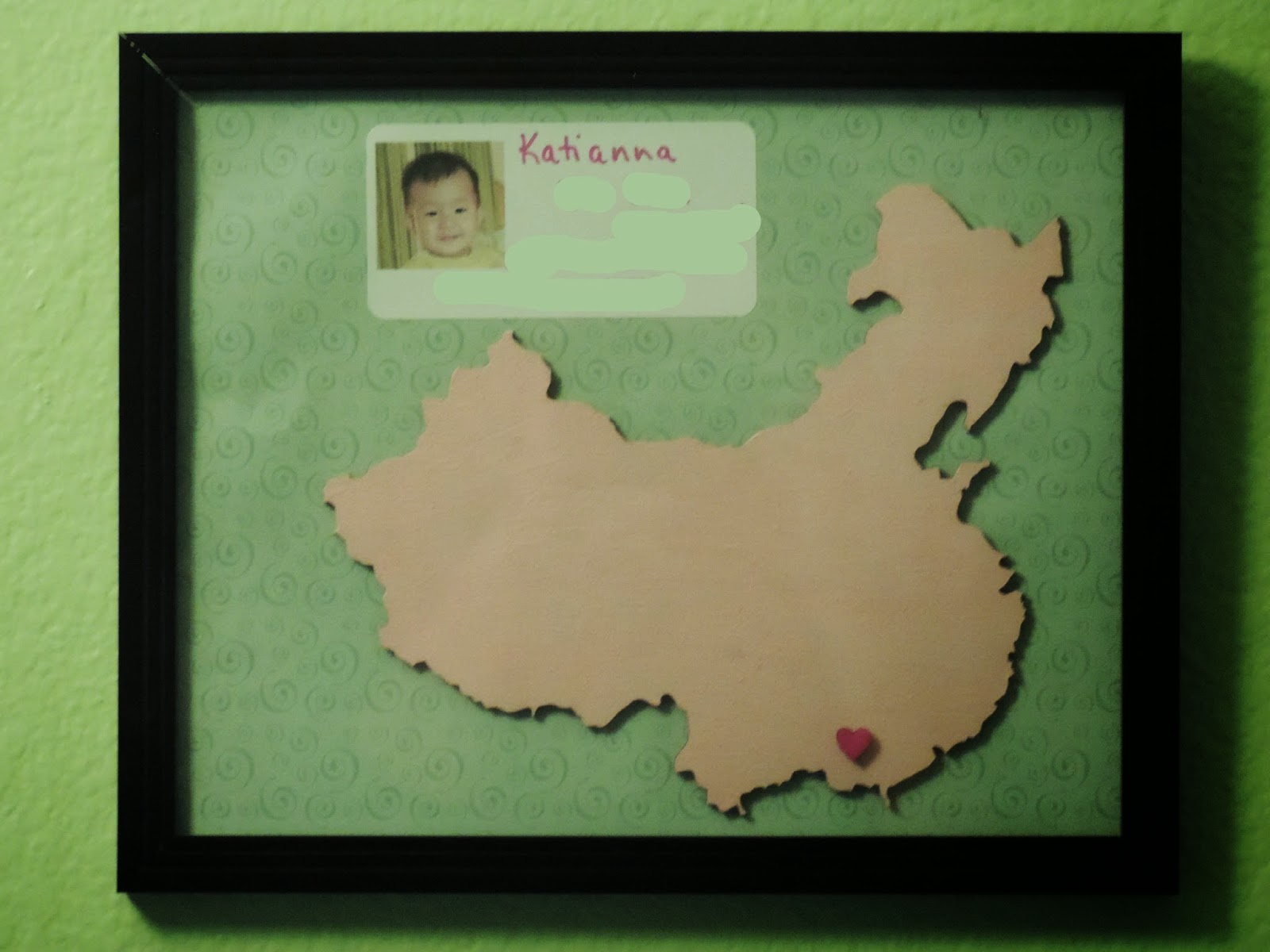 On the stickers, I wrote/printed their full name, their adoption date, and the city they came from (which I've blurred out here, for privacy reasons).  The tiny wooden hearts, I colored a bright fuchsia with a Sharpie.  I glued them on in the region that each of the girls is from.

Although my girls know they came from China, China is a very large country!  I want my girls to know where in China they were from, and to have the part of their life that happened before we met acknowledged.  This is an easy visual reminder for them.  Hannah is at the point now where she can read well enough that if she forgets the town or province name, she can go to her frame and read it.

These map cutouts would also make a great addition to a shadowbox with travel souvenirs.  A smaller version could be used as an ornament.  If your adopted child comes from another country or state, Jennifer can make other map pieces, too.  Want a different size?  No problem.  Cuts By Laser can help your custom ideas come to life.  If you're not on Facebook, you can email her.