Our Week - With Japanese Tea Bowls 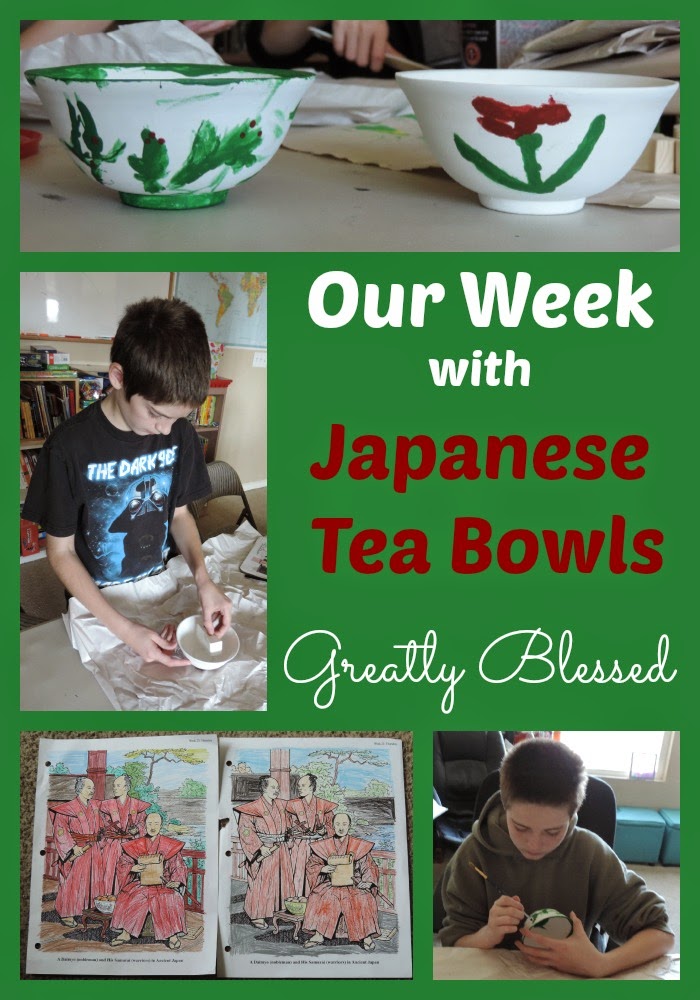 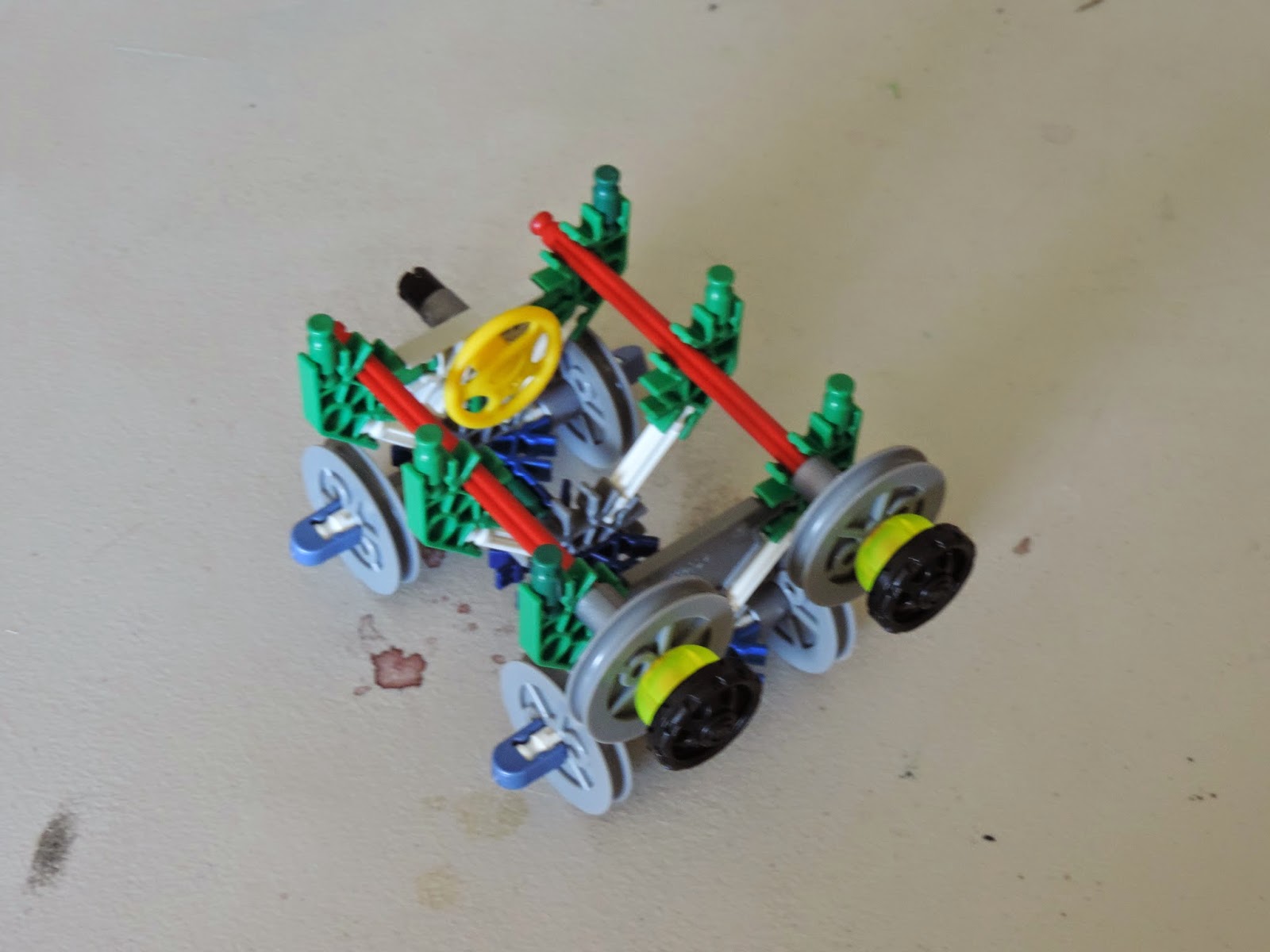 Eli's still making lots of fun K'nex creations.  This one is a mining cart.

I think I forgot to mention that the crossbow he designed recently actually shoots K'nex arrows!  I'm pretty impressed. 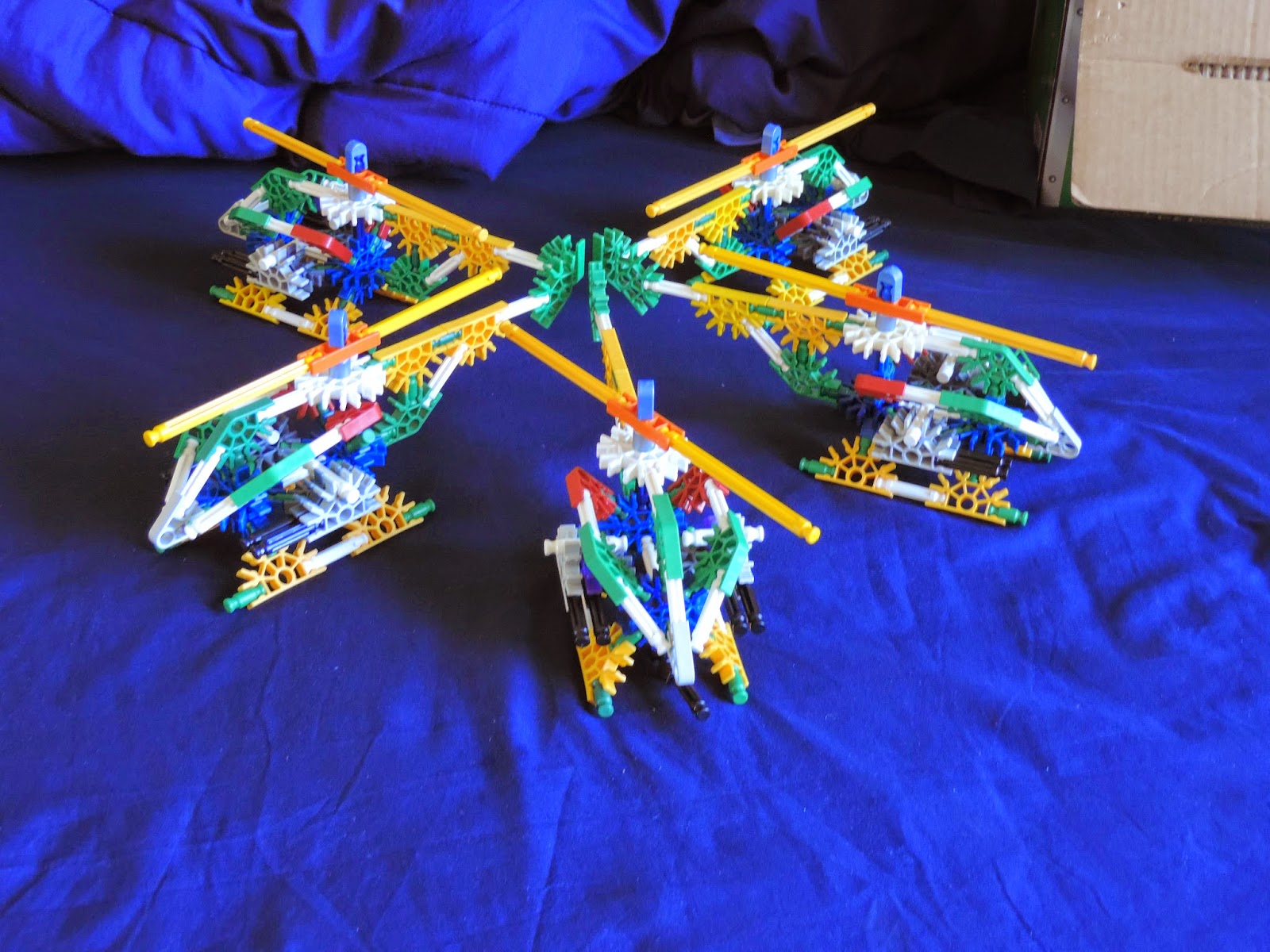 He saw a helicopter kit

online, and realized he could make the helicopter out of pieces he already has.  He ended up making 5 of them. 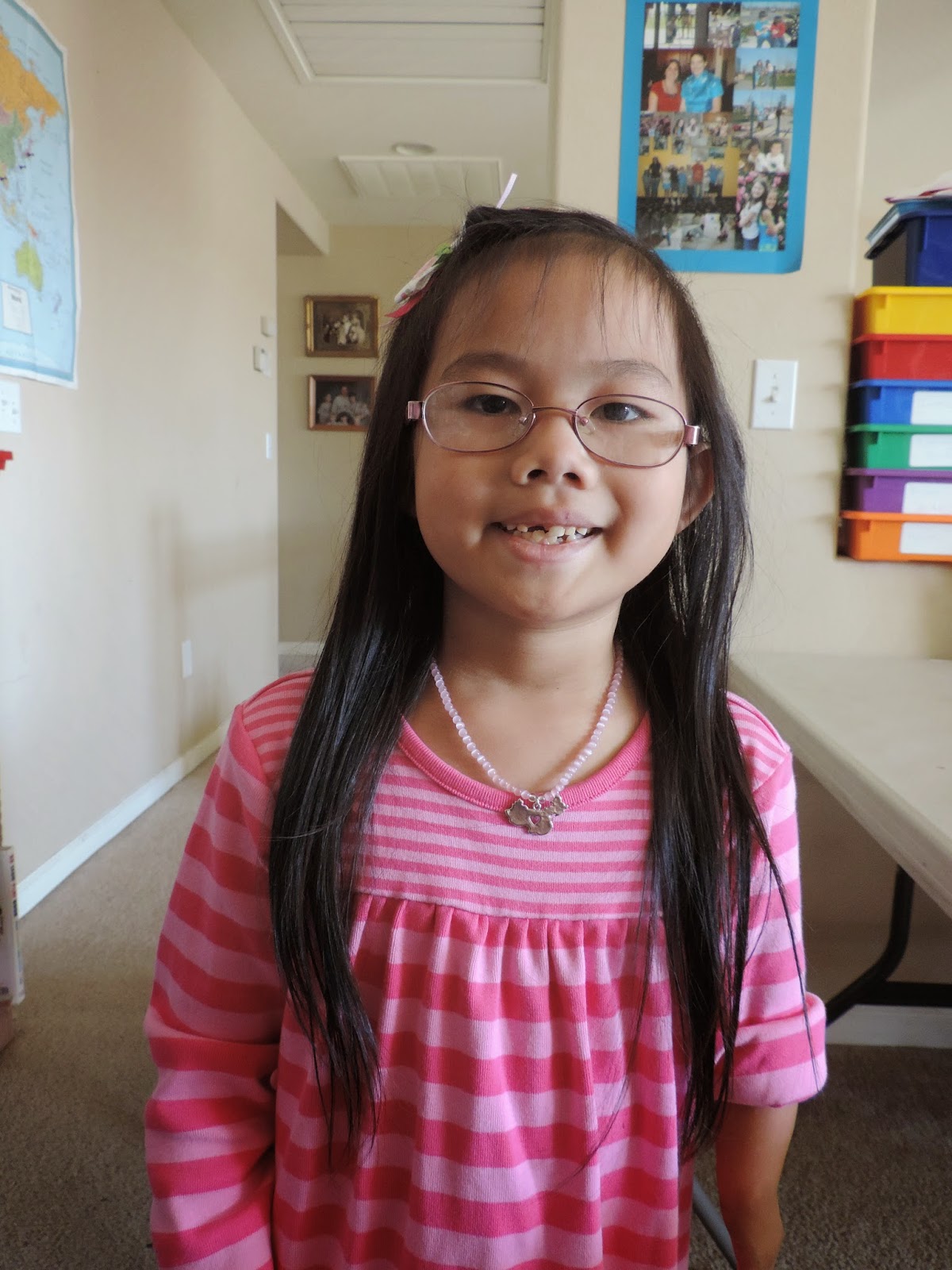 Miss Hannah lost her first top tooth.  Oh, and I made her China necklace.  The charm, similar to this one 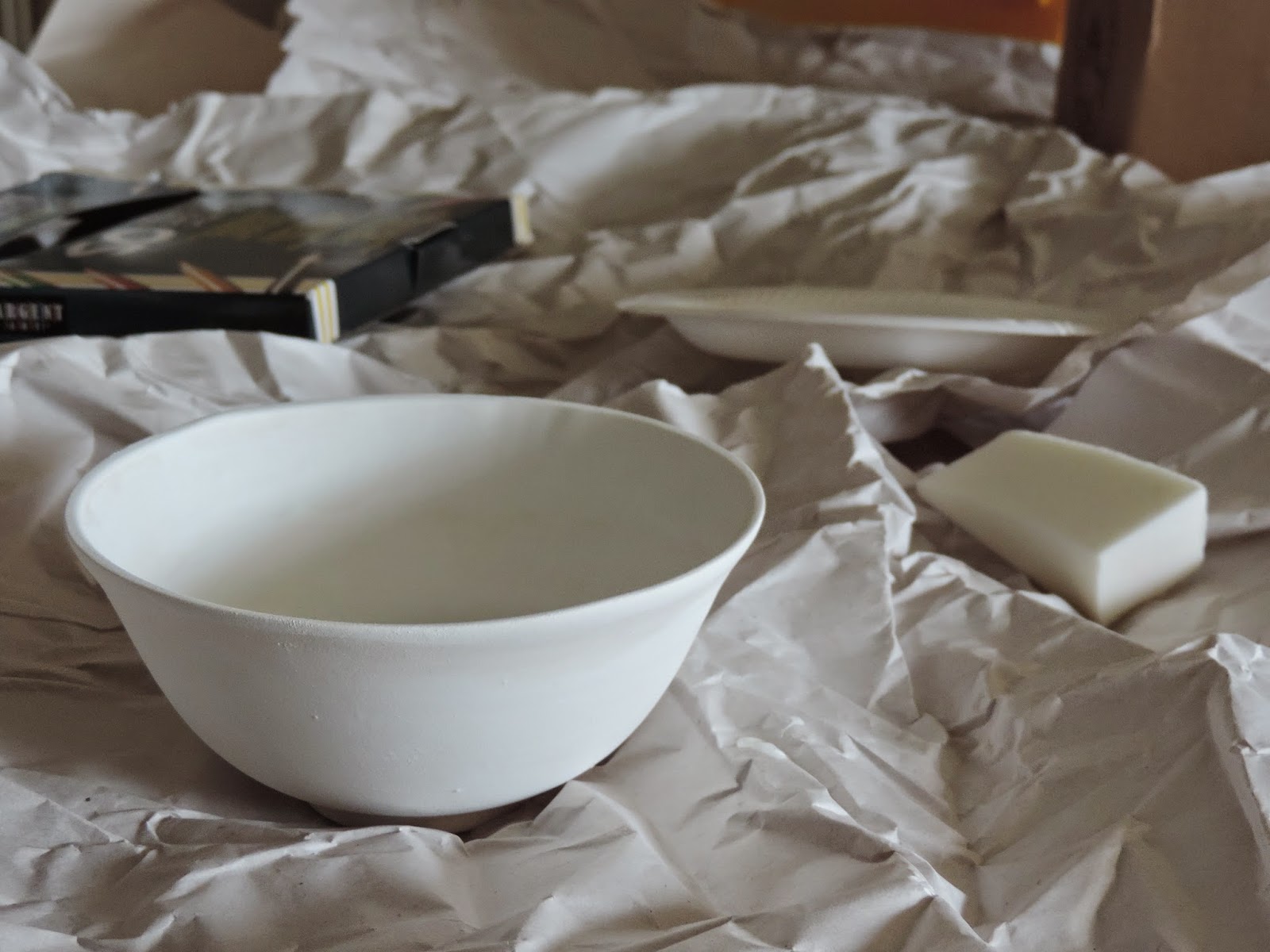 We did another Art In History project this week!  This one is Japanese Tea Bowls. 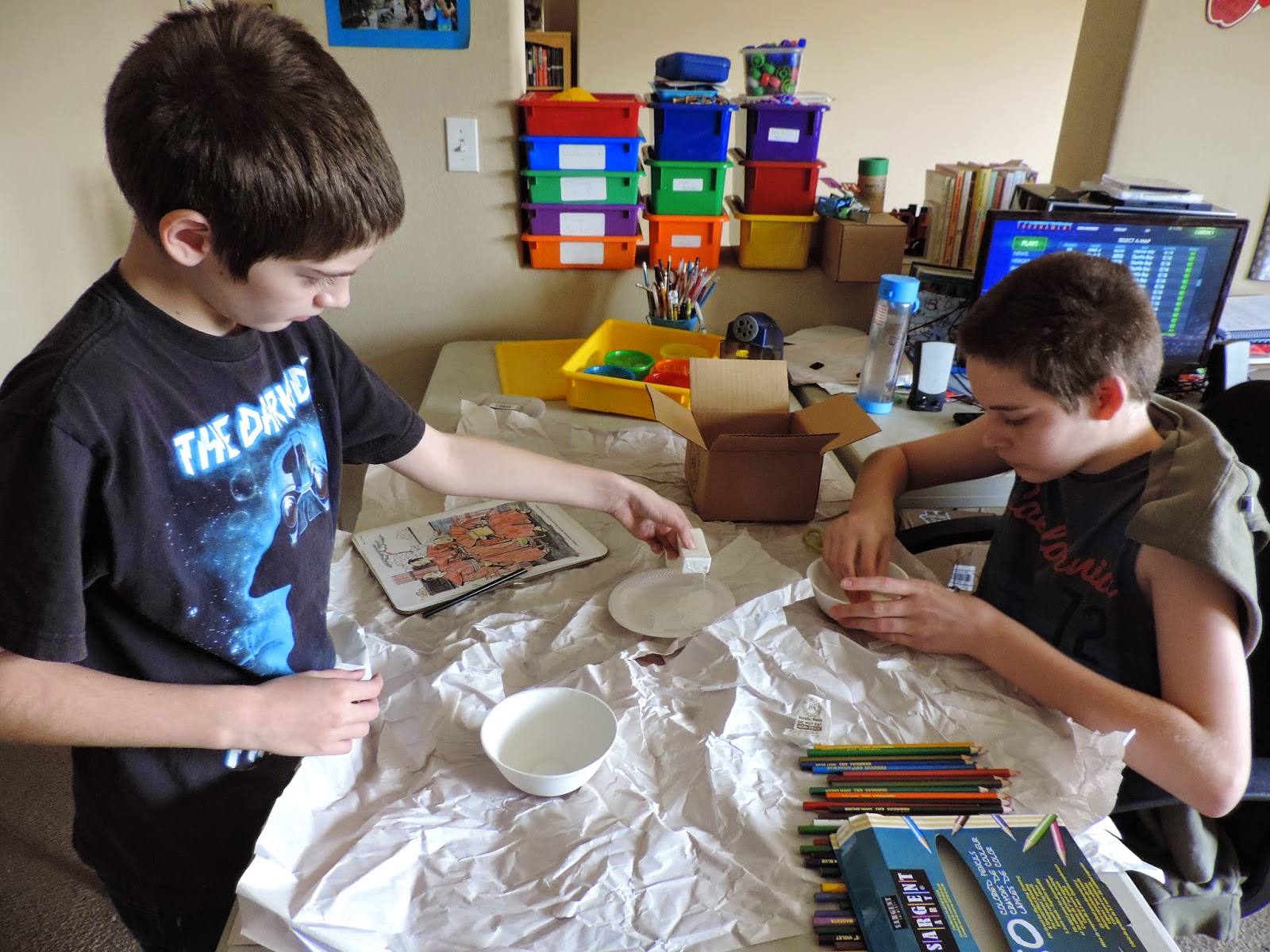 First, we painted the bowls white. 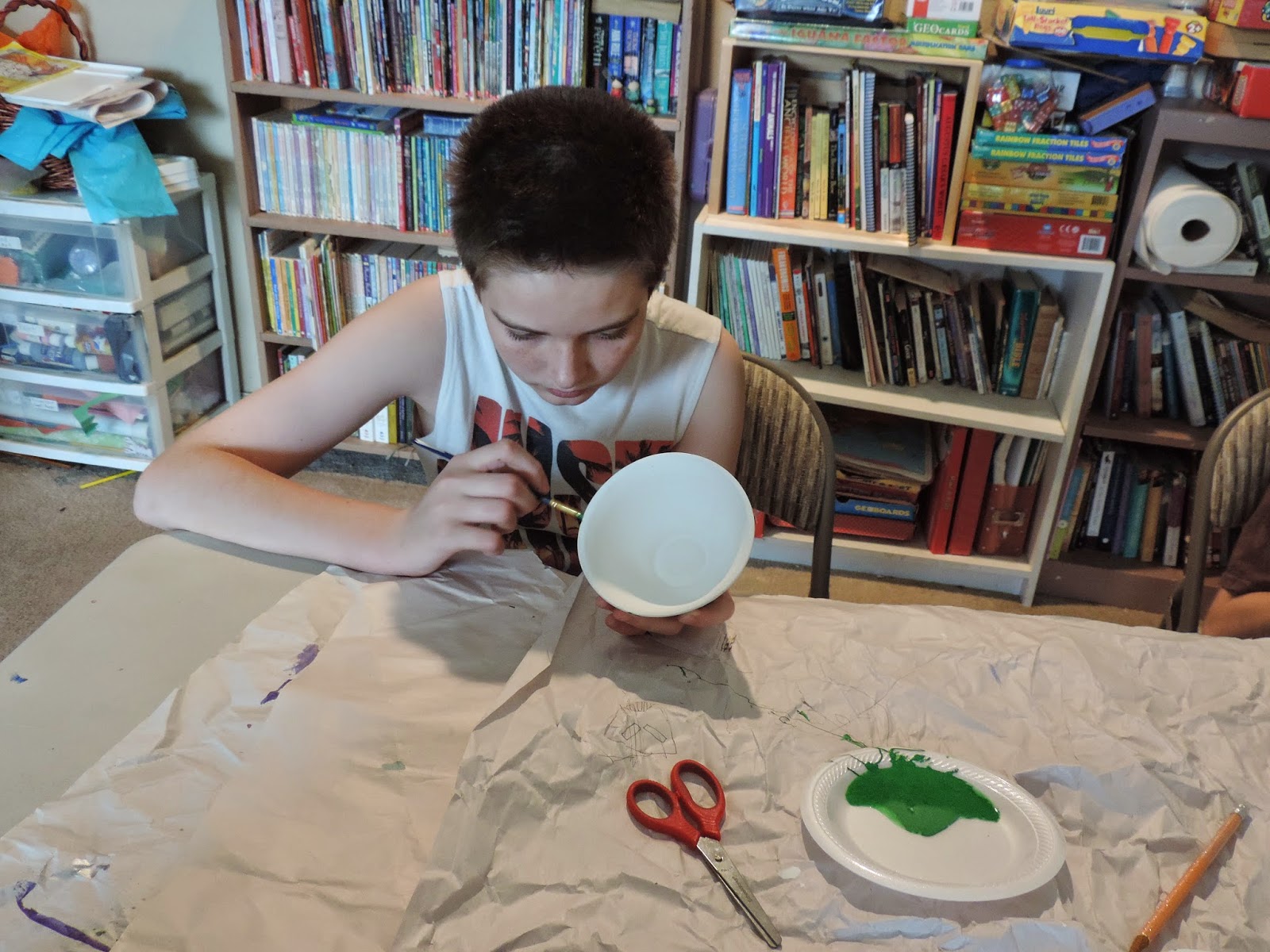 After two coats of white paint, we painted green. 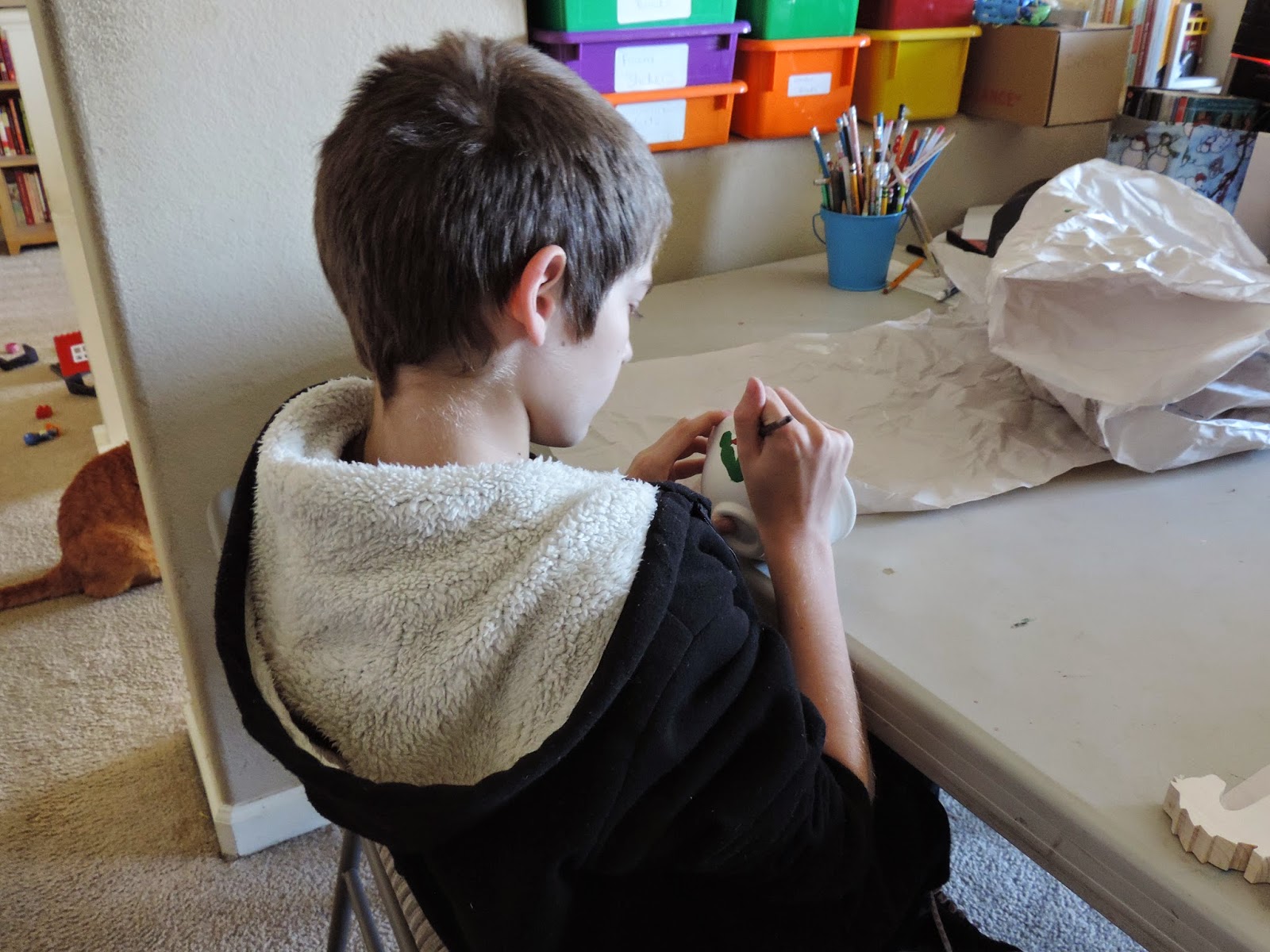 The kits come with a lesson plan download, which I read aloud while the boys were painting.  It includes a page showing several different motif suggestions. 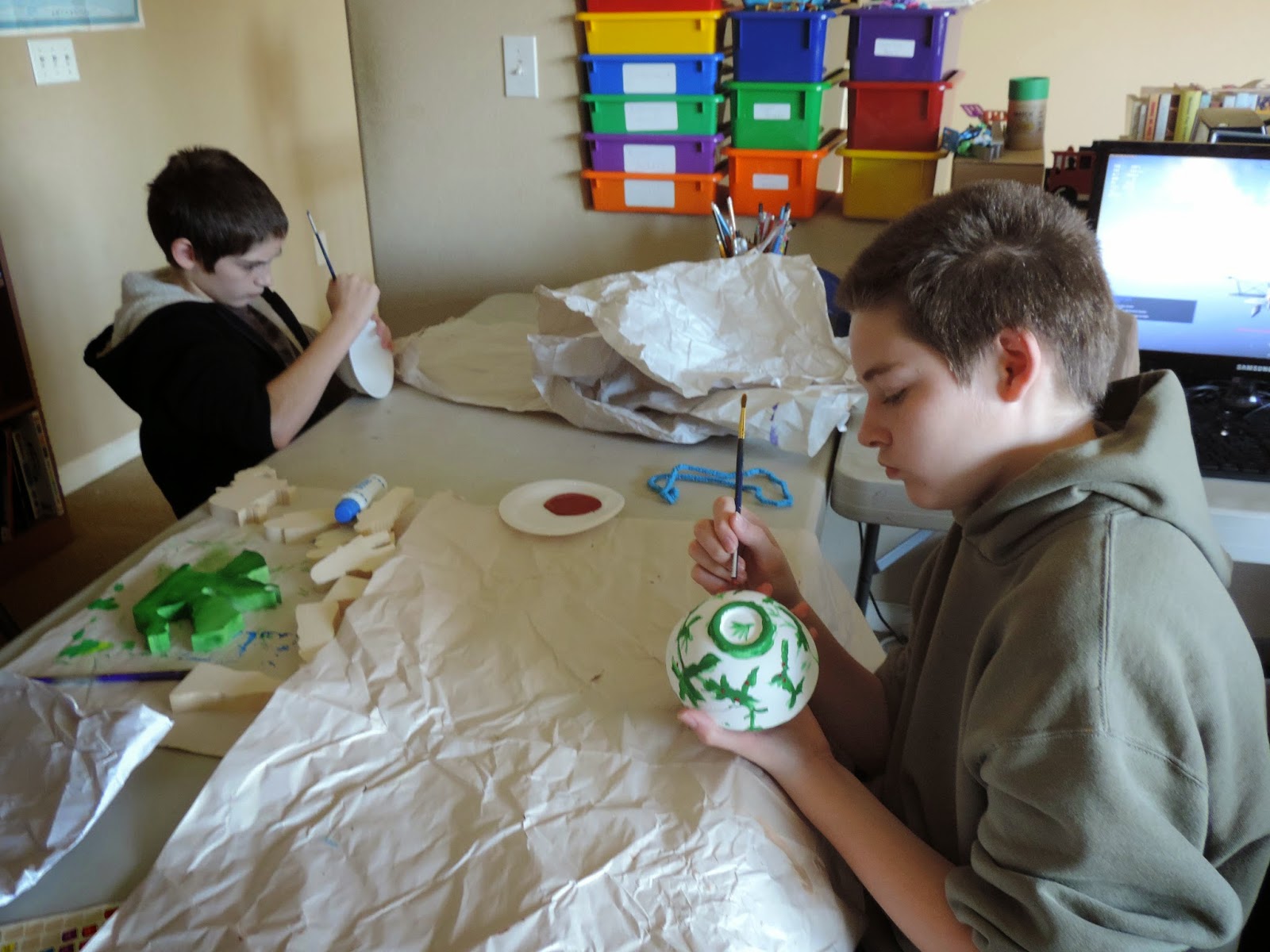 Jack chose a single flower on each side, and Eli chose more of a vine and bud design. 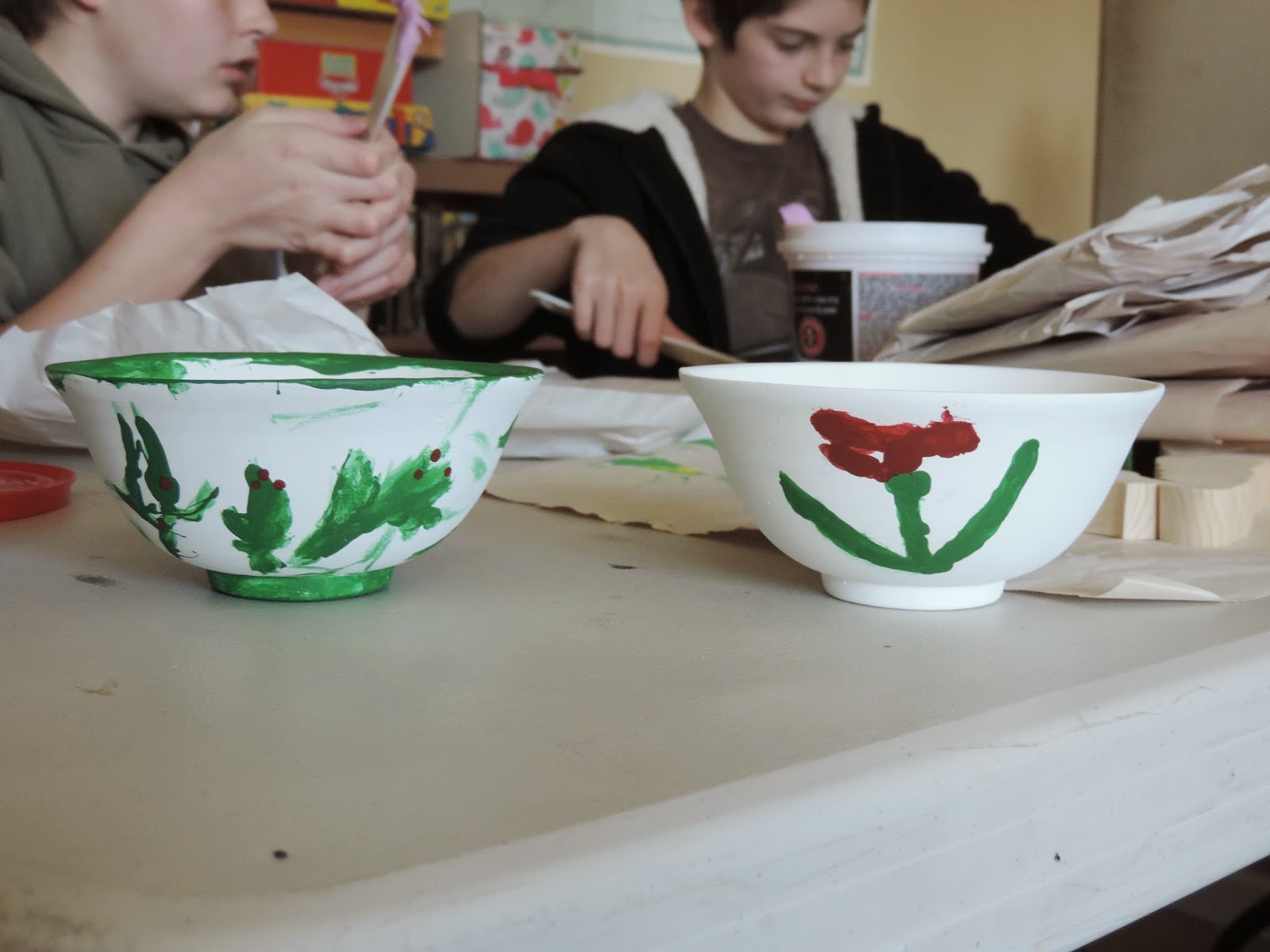 The finished bowls!  Since we don't drink much tea around here, they'll be used for holding tiny treasures.  I think Jack has his bugs inside one of his former AIH projects.  Coins, rocks, who knows what they'll squirrel away in them? 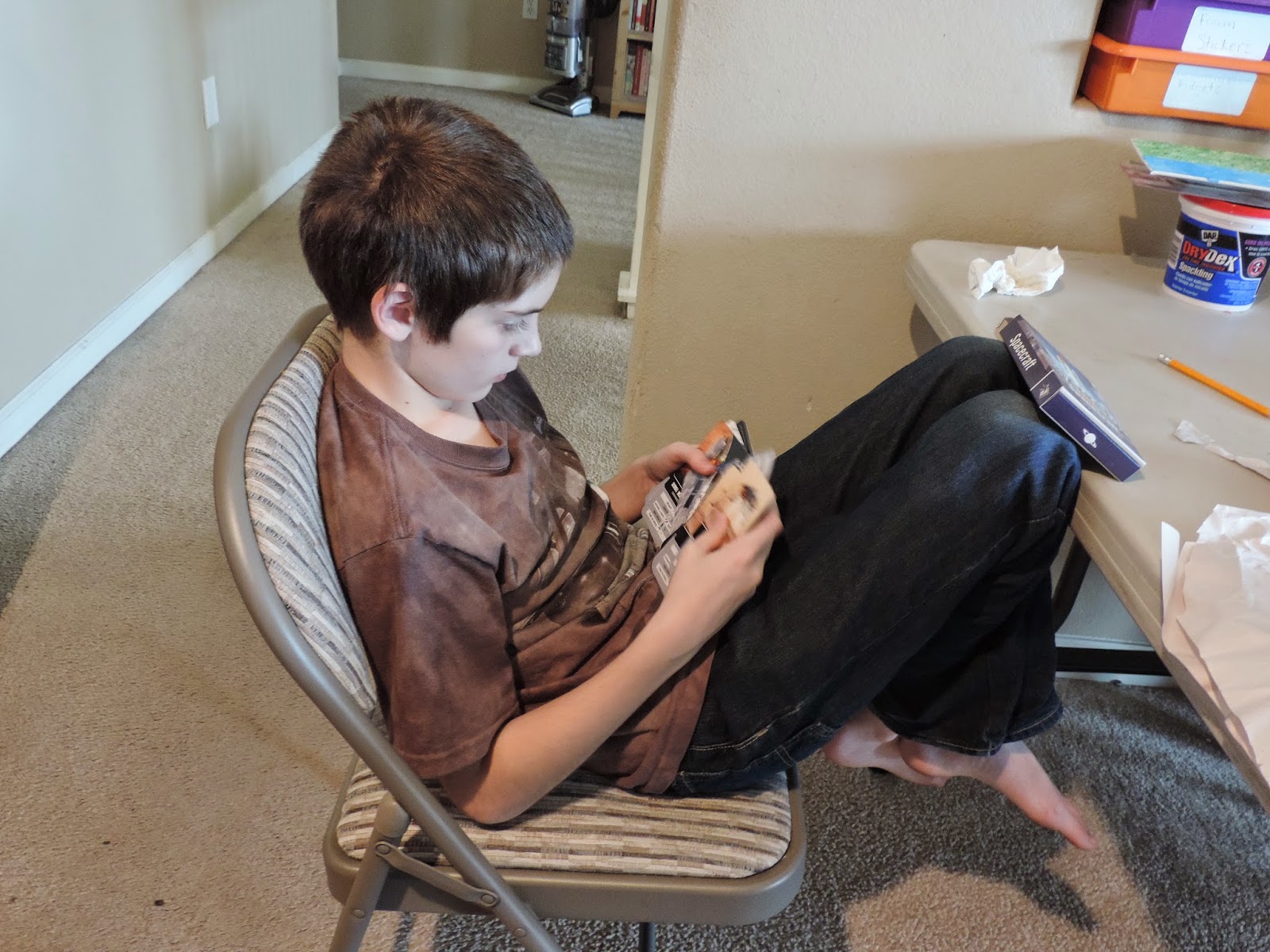 .  I got these spacecraft cards

, and Jack found them, opened them up, and started spouting space facts!  We haven't played the game yet, but he's already learned new things from them. 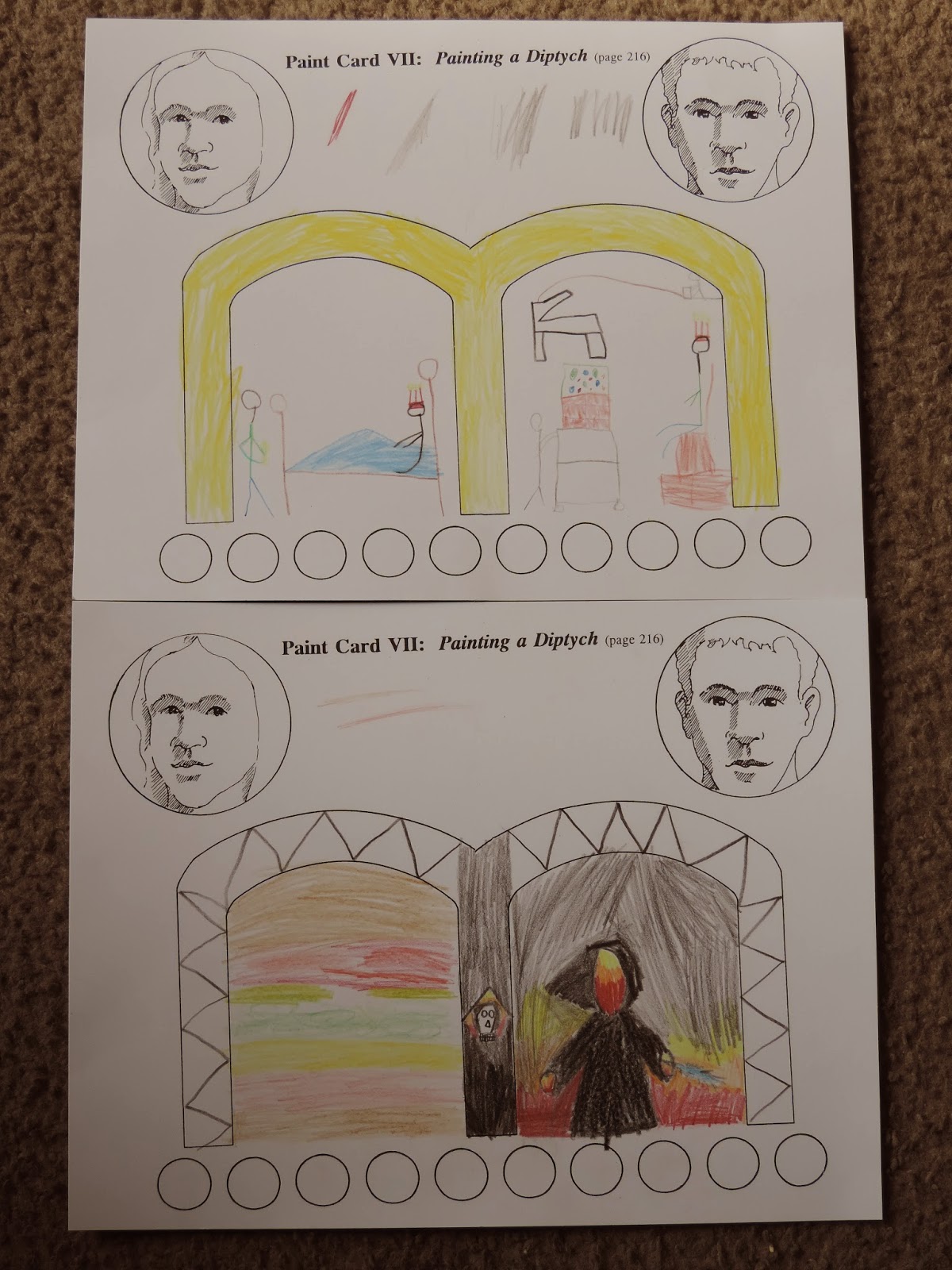 integrated into our curriculum instructed the boys to paint diptychs this week, showing scenes from the story of Esther.  My boys asked if they could do scenes from the VeggieTales

version, and if they could use colored pencil instead of paint.  Jack did "Make me a sandwich!" and the piano over the birthday cake scene.  Eli did a close up of a sandwich and the tickle wraith. 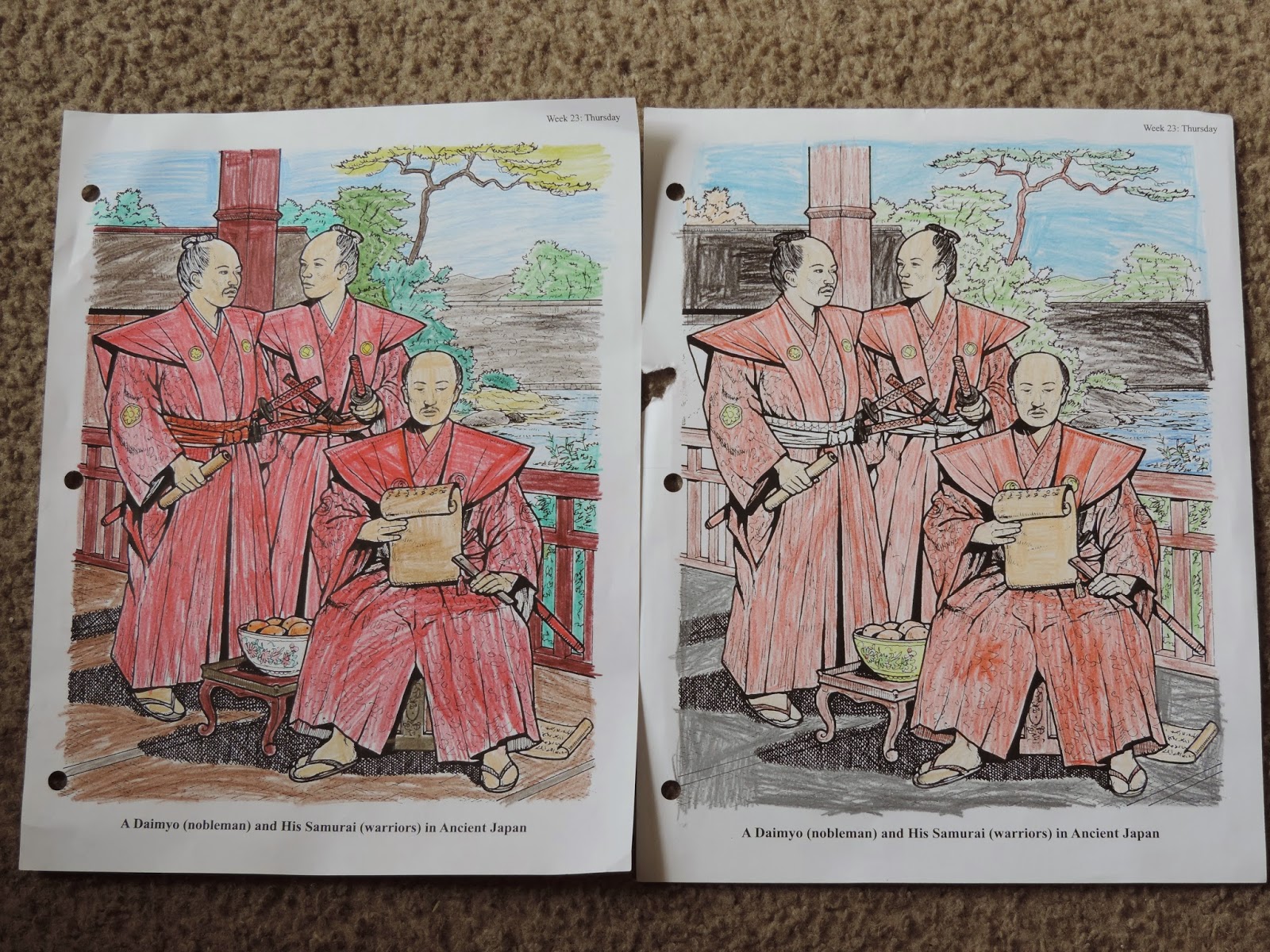 My boys have never really liked to color.  I recently found these

colored pencils on Zulily and thought maybe giving them more color choices would help.  Unexpectedly, Eli really likes these, and for the first time this school year, colored an entire page instead of trying to get by with the bare minimum. 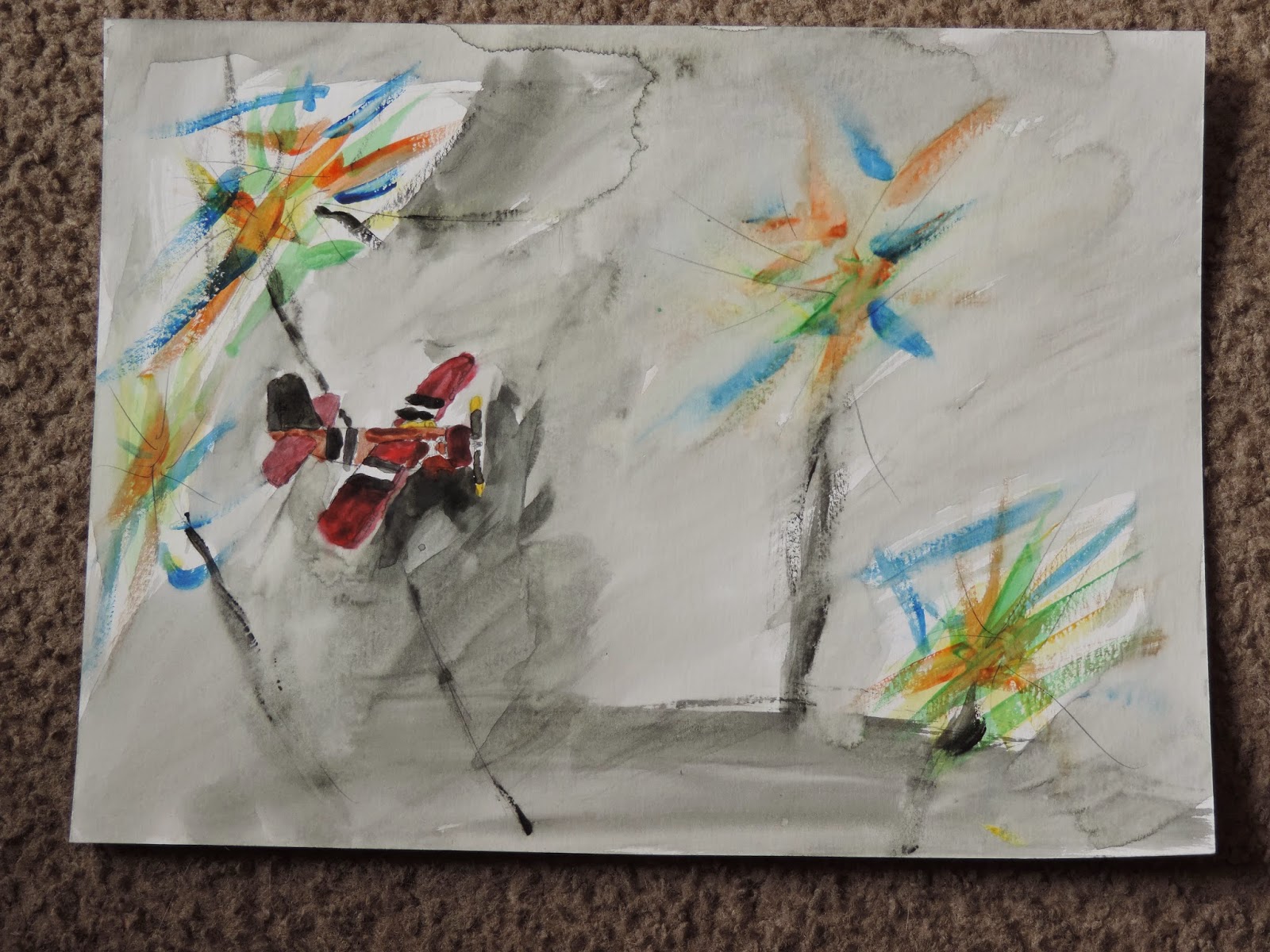 We're working on a new art review, and one of our lessons this week was From Sketch to Watercolor.  Eli did a plane flying through fireworks. 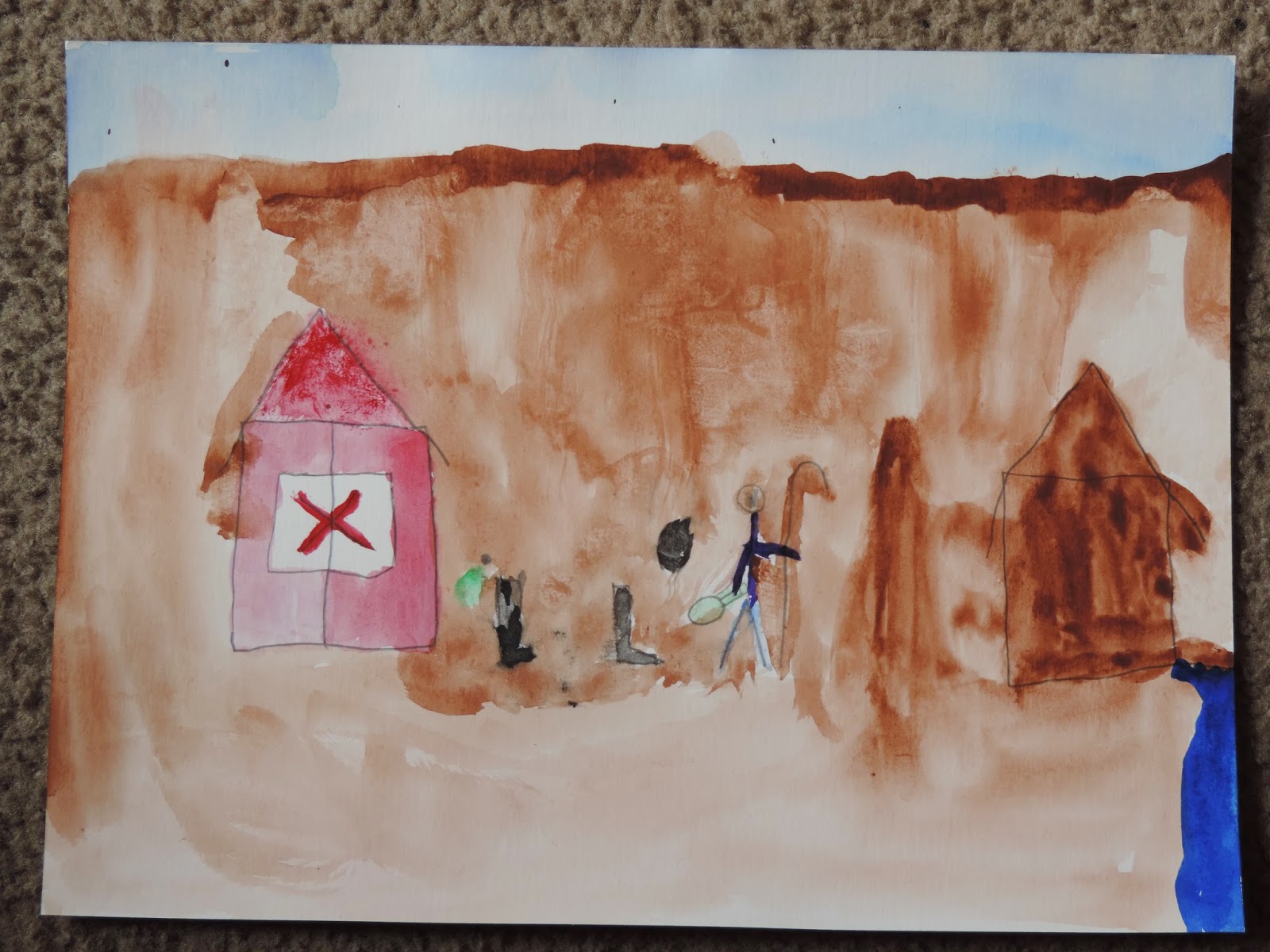 Jack did a farm scene.

We looked ahead a bit in the teacher book this week, and we've got some exciting things coming up!  I recently discovered Crash Course History on YouTube, so we've been watching some of those videos as we cover the same materials.  We'll be learning about Russia next, and after that, Black Death.

Brianna mentioned yesterday that 4th quarter had started at school.  It's the home stretch now!  With spring in the air, we're coming out of the winter fog.  It's time to start going to the park again.

Don't forget to enter our Fundanoodle giveaway while you're here!