Glamming Up a Cell Phone 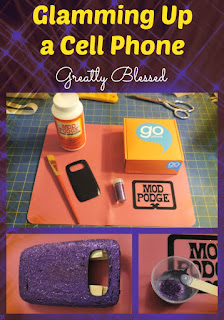 My kids have cheap "dumb phones" with no internet access.  On purpose.  We're cheap and overprotective like that. 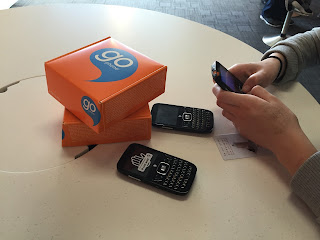 Cheap phones break.  So Brianna and I went to the phone store to replace both hers and Sam's recently.

Sam loathes glitter.  Being the wicked mom that I am, I thought it would be really hilarious to glitter podge one of the old phone backs and have him think that was his new phone.

Disclaimer:  This project was done to a SPARE PART as a practical joke.  Please use caution when making decisions about expensive electronics.  This post contains affiliate links. 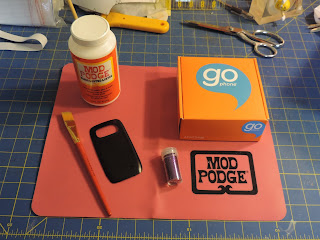 If you caught my Valentine Heart Shirts post, this will be familiar to you.  You need Mod Podge, and extra fine glitter. 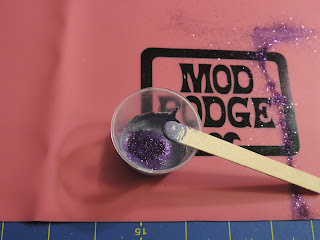 I like to use a disposable medicine cup (that comes with elderberry syrup, cough meds, etc) and Popsicle stick to mix up glitter podge.  But I was running out of medicine cups, so splurged on colored shot glasses for Katie to use at the light table and will be pinching a few from her collection to use to mix my glitter podge in. 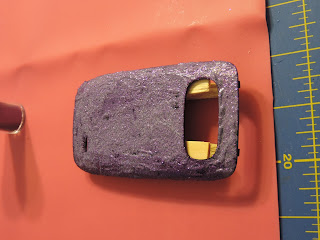 After mixing up the glitter podge, I painted it on.  It's a little gray and lumpy when wet. 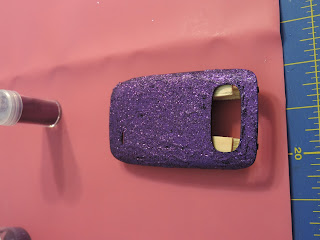 But it's beautiful and sparkly when dry! 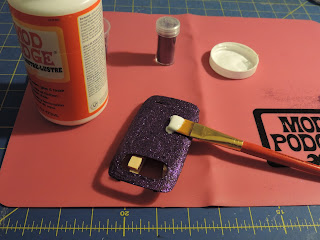 To make it less bumpy, I added a coat of plain mod podge to smooth it out a bit.

Once it was all dry, we placed the glittery back on the new phone (with the protective sticker still on the front of it) in the box and waited for Sam to come home.

He opened it up, turned it over, and was Not Amused. 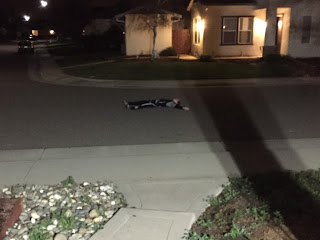 Now, I'm not saying he's a drama queen, but he is laying in the middle of the road, waiting for a car to come hit him.

Through our giggles, we told him the truth, gave him the nice, plain back to his new phone, and Brianna has been using the glittery back on her phone.  She says she likes the slightly textured feel of it; it's less slippery than the plain backs.