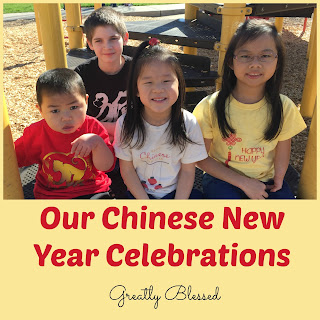 I like that Chinese New Year is a 15 day holiday.  It's kind of like the Christmas "season" in that it doesn't have to all be done at once. 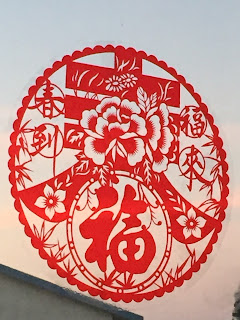 I bought a pack of decorations on amazon, and one was this faux papercut, which I misted with water and stuck to the school room window. 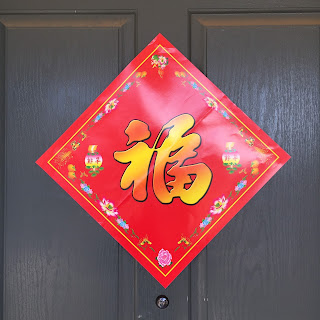 I wonder what our Asian neighbors think when they see our front door. 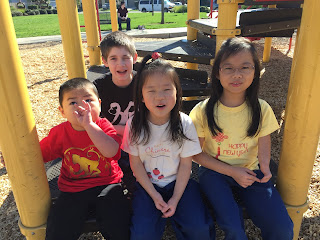 At any rate, for us, CNY is a chance to get new shirts and take pictures.

Jack was born in Year of the Monkey, so this is his year.  He got a monkey shirt.

The girls (who had goat shirts last year) got more generic new year shirts (with the thought that I can pass them down), and Lukey's shirt reminds me of a red envelope. 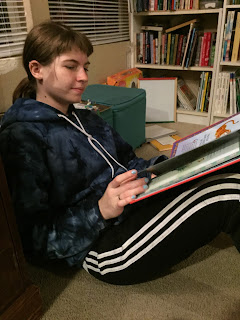 Another important aspect of our family CNY traditions is new books.  Brianna is reading The Pandas and their Chopsticks. 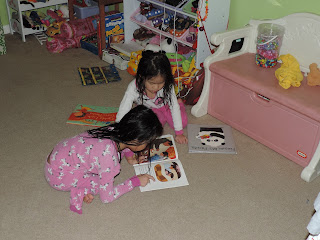 Excuse the bath hair.  The girls were reading some of their new books, including:  Please, Mr. Panda (Sam read this one and was like, "This panda is a jerk!"  He then read it aloud to me, pointing out the orca tears and the crackhead deranged lemur, and I have to agree with him.); A New Year's Reunion; and Goldy Luck and the Three Pandas.

Remember when we participated in Multicultural Children's Book Day?  Well, I got to reading some of the other posts, and then I pinned a few, and then, well, I bought one.  And now I have a new Chinese province on my bucket list. 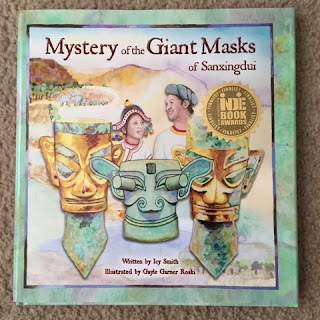 Mystery of the Giant Masks of Sanxingdui (san-shing-dwey) was about an archaeological discovery in China that I had never heard of.  I want to go see them!  They're in the same province as the panda preserve, so of course I'll have to see that, too. 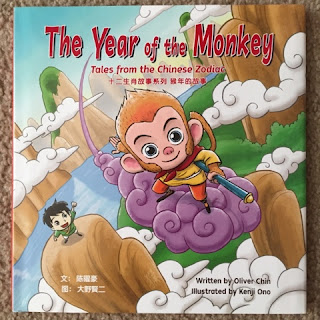 We also added Year of the Monkey to our collection.  We have several of the other years already.

After Shriners last week, the girls and I stopped at the Asian market on the way home and picked up an assortment of Chinese foods and snacks. 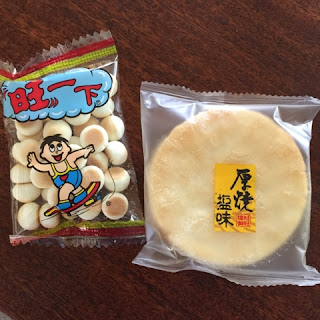 These were the little "buns" Hannah came to us with.  The bag they gave her that day was so big, it lasted all the way through the 2 week trip in China, all through the 11+ hour trans-Pacific flight, and was finished off in Hannah's first week home.  The "cookie" like rice treats on the right are similar to the ones we were told to buy when we adopted Katie.  (The actual same ones were in the assortment, too, but my kids snarfed them before I managed to get a picture.  We also got longevity noodles, some other lunch noodles for the girls, and little gel cups.  And I got Brianna a bucket of mango boba balls, which she was delighted with. 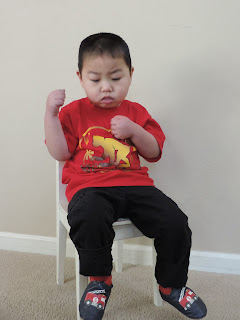 Taking pictures of Lukey has always been a challenge, but the kids are pretty good about helping me.  It's quite the production, with them calling him and standing behind me shaking a container of puffs, or giving him a puff and then hopping out of the way fast while his mouth is closed. 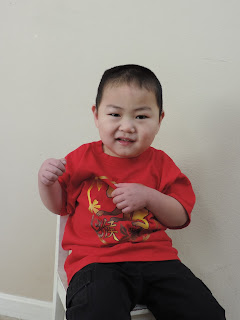 This time I managed to get one I'm happy with.  I think it's the best picture I've taken of him since November. 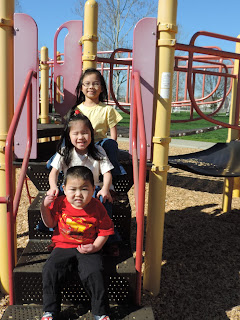 The weather was nice enough that we were able to play at the park for a while the day we took pictures.  Hopefully the park and library will again become part of our regular routine. 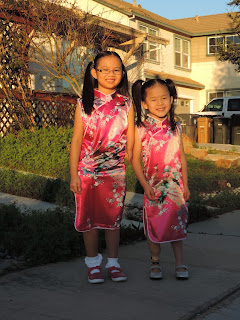 After naps one day, I got the girls dressed in their silks that I bought at the Great Wall in November. 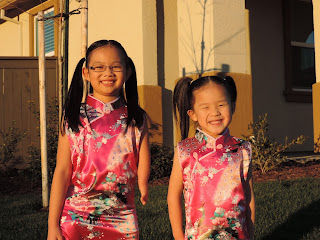 By the time they were ready and I'd combed their hair, we were losing the light, but I got some pictures anyway. 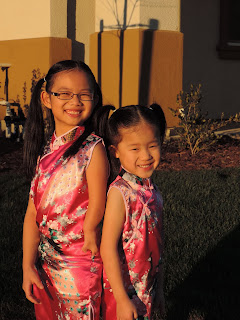 They're great sports about the whole thing, unless the sun is in their eyes. 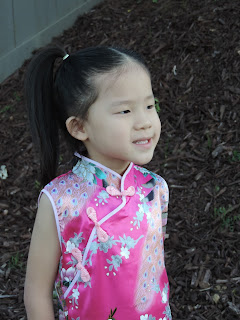 Chinese New Year won't be officially over until 2/22, and we're still planning on a meal out at a Chinese restaurant as part of our celebration, but I wanted to share with you what CNY means to our family for now.  As the girls get older, I'm sure their preferences will help shape what/how much we do.  I can't give them the experience of growing up in China, but I can share my enthusiasm for Chinese culture with them and be responsive to their feelings about being Chinese.