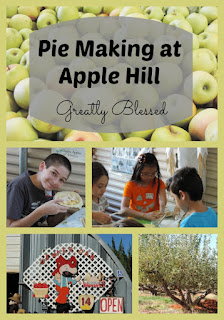 We had the opportunity to go on a pie making field trip with other local homeschoolers this week.  Apple Hill is a group of farms about an hour away from where we live.  The particular farm our trip was at is called Denver Dan's. 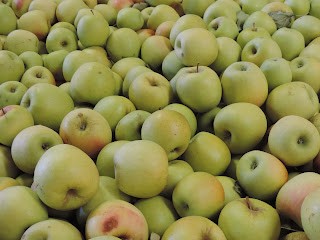 Each of the kids got to select an apple to start with. 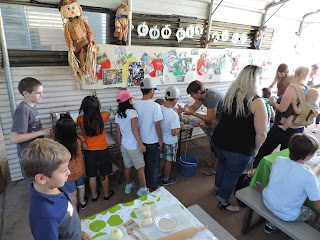 Then they got to core and peel their apple.  We had such a nice sized group of kids that they ran us through in 2 batches of 20 something each. 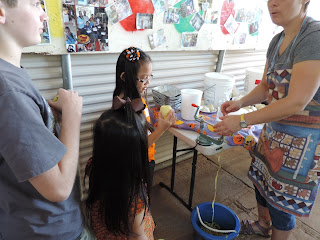 The helpers had everything set up for the kids, and really preferred that the parents hang back and take pictures while they helped the kids do the work. 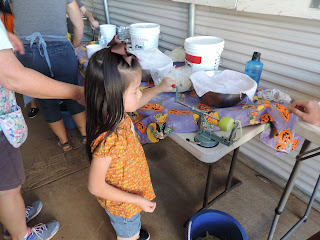 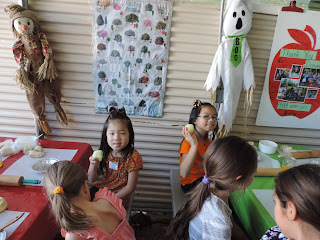 Both my girls with their spiraled apples. 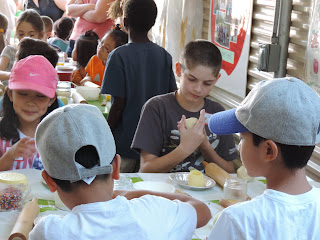 I think Jack is checking out his dough ball here.  Each work space had 3 dough balls at it. 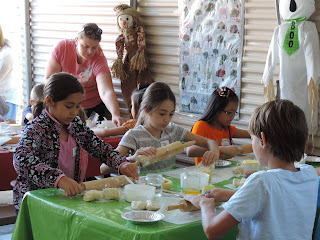 The kids got to roll out the dough for the bottom crust. 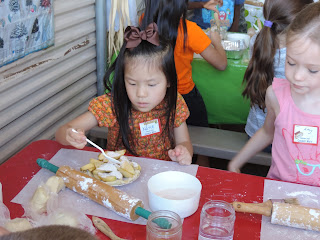 After that, they rolled out their second crust for the top. 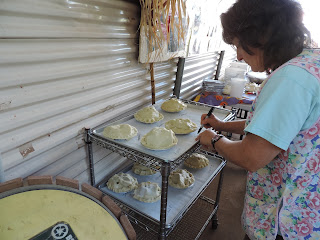 The helpers labeled the parchment under the pies, so we would know whose was whose.

After the pies went into the oven, we went out to the orchard and I tormented my children by making them hold still and smile at me.  Then they went romping about the orchard for a bit, adding reddish brown mud to the white flour they were already wearing after making the pies.

We had to wait for the pies to bake and to cool, so I did some research on a stop I was thinking of making on the way home.  We played the alphabet game (we play this a LOT with all the waiting we do at Shriners!), the kids wandered around a bit, and we checked out the gift shop.  I bought a jar of apple butter and some honey sticks.  Finally, the pies were done! 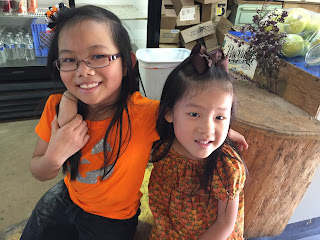 The kids had a great time making the pies, playing with other homeschooled kids, and of course, eating the pies.  It was the perfect field trip to get us in the autumn mood.  I'm looking forward to taking the kids back to Apple Hill next month (with Grammy!) to visit several farms and pick out our pumpkins!