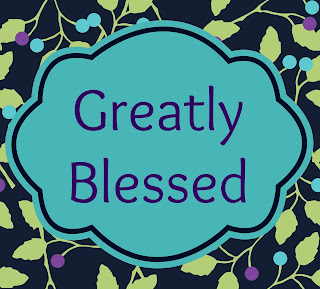 This is basically just an update on me.  You know, the stuff that doesn't really make it into my Our Week posts, because those are mostly photo inspired, and I'm always the one taking the pictures.

Weight
For Christmas 2014, Paul upgraded my phone.  This newer version has a "health" app included, and I began tracking my weight at that time.

A couple weeks after Luke left again, I decided I was fed up with being fat and out of shape.  When Jack was a toddler, I lost 40 pounds using the Spark People website and doing Stroller Fit, so I downloaded the Spark People app and started keeping track of what I ate.

I've been eating 1200-1550 calories per day, and drinking more water.  I was trying to get out and walk regularly, but that fell by the wayside when our Little Visitors came back.

When I hit 10# lost, I ordered myself a new dress to celebrate.  By the time it got here, it was too big for me!  (I sent it back to exchange for a smaller size, but the new one isn't here yet.)

I've recently hit another milestone.  Remember how I've been keeping track of my weight on my phone?  I now weigh less than my lowest phone weight.  So I'm the lowest I've been in at least 21 months.  Just in the last week, I've started wearing things I haven't been able to wear for a while.  I've dropped a little more than a size. 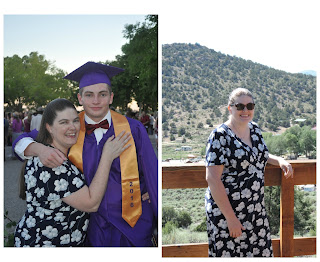 These pictures were taken beginning of June and beginning of July.  I put this same dress on a couple Sundays ago and couldn't wear it because it was too big.

Family Tree
In my genealogy research, I've realized something.  As the result of an unplanned pregnancy, I've always felt like I was "an accident."  That I just sort of happened because 2 people had sex.  In looking at my ancestors as far back as the 1600s, it occurred to me that I am who I am because of all of these connections.  Each marriage provided a piece of the puzzle.  I happened, not because 2 people had sex, but because of generations and generations of people did.  Sounds simplistic, but it made an impact on me.

I mentioned in a review that I found a Revolutionary War ancestor in my research.  I'm working on documenting the lineage so that I can join DAR.  It's slow going, as I have to wait for documents to arrive before I can turn around and use them as proof that I'm entitled to the next set of documents. 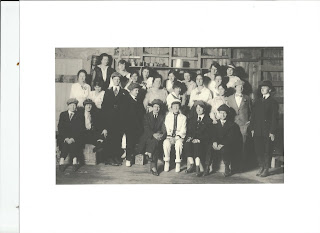 In digging around records from small town Colorado in the early 1900s, I came across this 1918 photograph, called Unmarried Ladies of WW1.  My great grandmother is in the front row of this picture.

I'm really enjoying learning more about my ancestors, and I imagine it will keep me busy for quite a while. 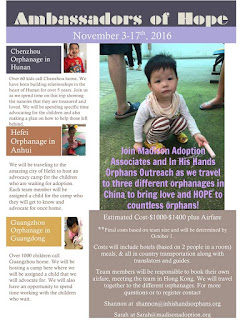 This trip will be similar to last year's trip, except instead of staying in Beijing the whole time, we'll be going to 3 provinces, and it's 2 weeks instead of one.  I'm super excited about it!  Hopefully, I won't have the chance to get lost this time around.

I should be returning from my adventure just in time to get over jet lag before taking off again to see Josiah graduate from boot camp.

So that's what's up with me these days.