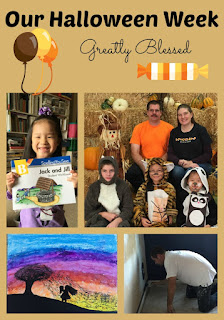 I know.  I totally said there would be no Our Week this week, because I would be gone.  But I wanted to share photos with you, so I decided I would schedule it to post while I'm away. 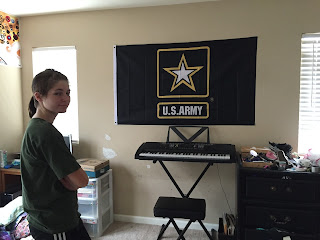 We've all been missing Josiah, who is off at boot camp.  Bri has the army flag up in her room right now.  This has been a great opportunity to practice letter writing skills! 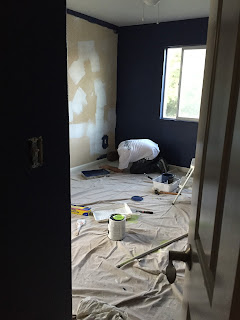 Paul has been painting the room that Jack will be in.  It's a darker color than we normally go for, but I like how it's turning out.  I'm hoping he's all moved in when I get home from China. 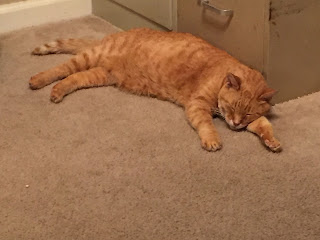 Wheelie is inside most of the time now that all the extra small fries are gone and the weather is getting icky.  Normal people don't have 2-6 extra children at their house for 10 days out of the last two weeks before leaving the country, do they? 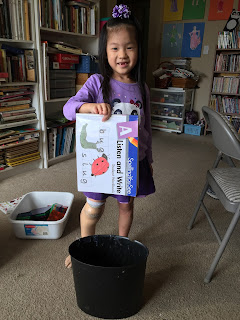 Miss Katie has finished Spelling You See level A!  Out with the old... 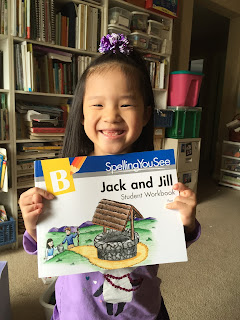 ...and in with the new!  We're doubling up on lessons, in the hope that we can finish B this school year, but we'll see how it goes.  She's doing great, I'm not going to stress about it.  When the material gets more challenging, we can slow down. 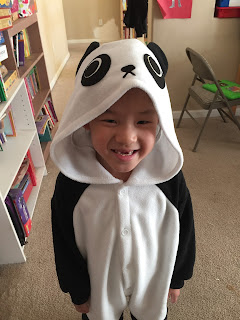 We went with an animal theme this year for Halloween.  Katie dressed as a panda. 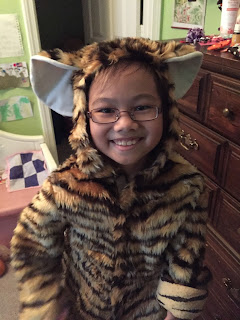 Hannah dressed as a tiger. 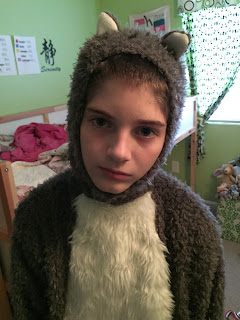 And Jack (who really did have fun, I promise) dressed as a squirrel. 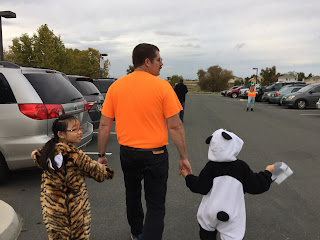 We took them to a church carnival. 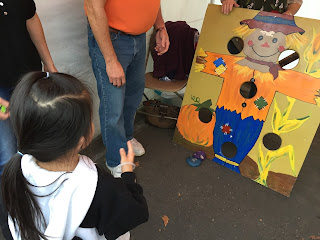 They played games and got candy. 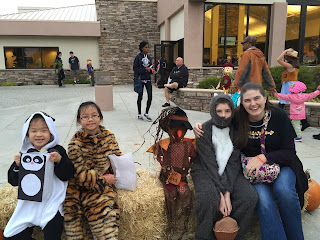 I'm glad we made treat bags and brought them with us, because the church wasn't passing out bags. 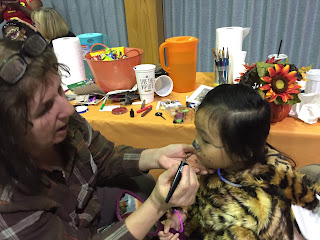 The girls got their faces painted.  Won't be painting Katie's face again.  She had a reaction to it.  I took a facial cleansing wipe to the white circles on her face when we got home, and there were PINK circles underneath.  Even the next morning, she had pink circles on her cheeks. 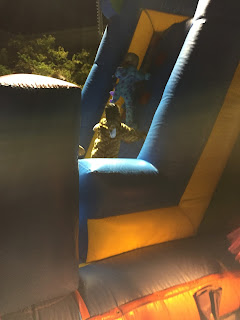 There were jumpers and climbing structures.  I'm always leery of sending the girls into a bounce house, because I know their prosthetic legs could really injure somebody in there.  The climbing structure with a slide seemed like a better idea, since there were only 2 kids on it at a time. 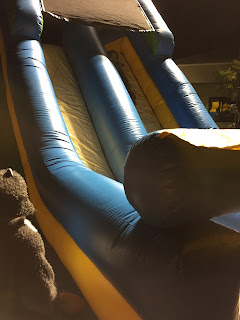 Jack, left, waiting for Hannah, right, to come down the slide. 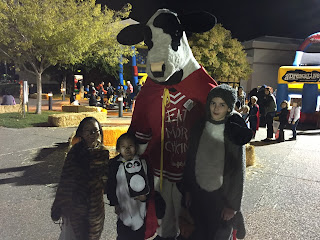 We saw the Chik Fil A cow, but his attendant was out of coupons.  That's okay.  I just got a cool package from being a Chick Fil A Mom, so I have coupons already. 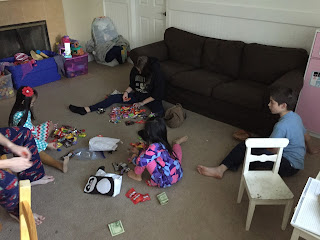 November first was a day of intense candy negotiating, of course.  Many trades were made.  I like to think of this as an educational activity, too.  Sorting, classifying, negotiating... 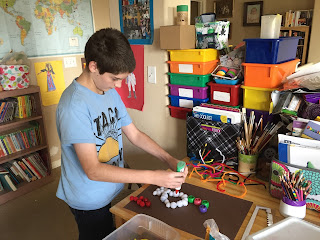 We did a collage art project this week. 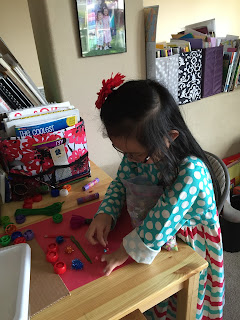 I wasn't really impressed with this one, but that's okay. 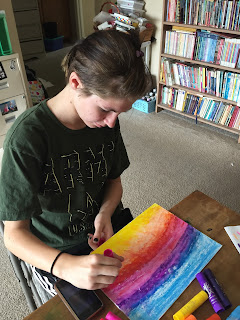 If you missed it, Brianna made a really incredible sunset picture with our new Kwik Stix.

There really will be no Our Week post next week, since I won't be around for any of it.  And realistically, there probably won't be an Our Week post on Friday, Nov. 18, either, since I'll have just gotten home.  I *hope* to be able to be posting from China, but internet access is spotty, so we'll see how it goes.  Rest assured I'll have plenty to share with you when I get home.


This post probably won't be linked up at these linky parties, since I'm not home to link it.