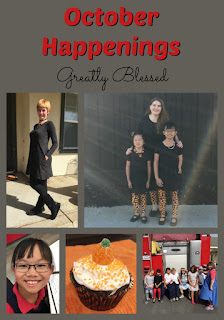 Life has been crazy, but here are some of the highlights. 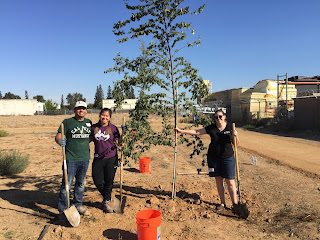 Sacramento Tree Foundation, who I've volunteered with a couple of times before, had a tree planting event at the SPCA, where I volunteer all the time.  Win win! 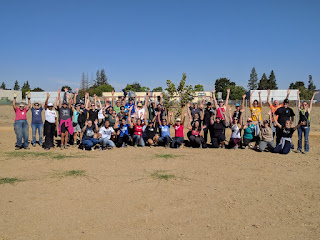 We planted over 20 new trees in the dog walking area behind the buildings.  With some shade and maybe a couple of benches, it will go from a barren field to pretty pleasant. 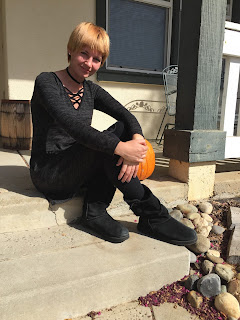 During our pre-homecoming shopping, Brianna found this casual dress she liked.  Since she usually wears a dress maybe half a dozen times a year, I bought it for her to encourage the idea.  And because it was a really cute dress.  She's worn it twice already. 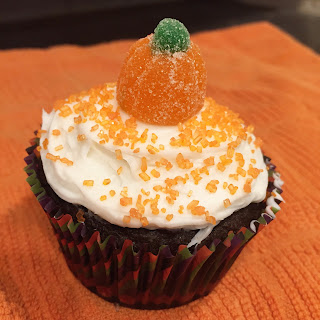 I'm happy to report that while I've accomplished my goal I've also realized that I really like the practice of making the kids an after school snack every day.  So I replenished our stock of cupcake papers, and I'm now working my way through using up the many bottles of sprinkles.  (No family really needs 5 bottles of green sprinkles.) 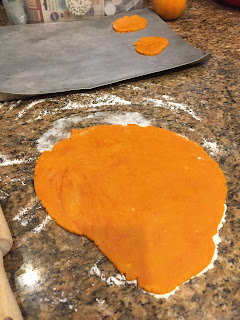 I even went so far as to make cookie cutter cookies one day when Brianna was home (she recently missed a week of school). 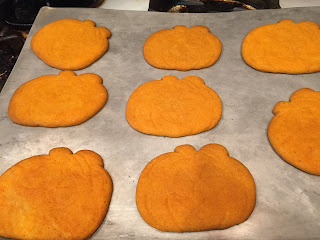 It's hard to see the imprints, but they're pumpkins with faces on them. 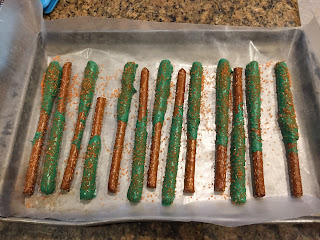 One other thing I'm trying to use up in the "bucket of too many baking supplies" is the chocolate melts.  We have some colored ones left over from when I bought the Lego molds, and we have some chocolate ones I must have had a plan for, but darned if I know what it was.  So I melted up some green and dipped pretzel rods in it and added orange sprinkles.  The kids loved it, and I'm slowly decluttering more stuff we don't use. 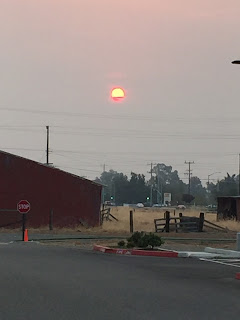 One of the reasons October has been so crazy for us is the Northern California Fires.  This picture was taken the first Tuesday, when all the smoke started drifting our way and turned the sun red. 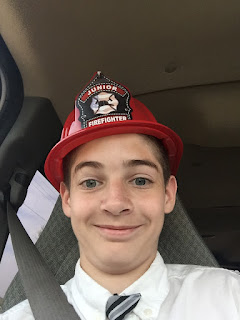 The school had people with various careers come talk to the kids about their jobs.  Hence the fire hats.  Oh, the irony.

My mom was evacuated from her home for over 2 weeks, and 30 homes on her street are gone.  We know a couple of families who lost everything, 1 in Coffee Park and 1 on Fountaingrove.  A lot of my mental space was occupied with the developing situation and the horror of imagining myself there.  I spent the first 30 years of my life in Sonoma County, and at one point every address but 2 I'd ever lived at was evacuated.  One of those two was only a couple streets outside an evacuation zone. 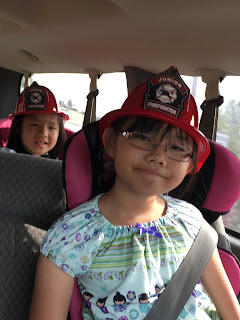 Paul worked thirteen 24 hour shifts in 2 weeks.  He left in the wee hours the morning of 10/9, and we didn't see him again until 10/23.  (He did have a "day off" one day, but didn't want to get stuck on the wrong side of the action if the Atlas fire closed the highway, so he went to San Francisco to stay at his mom's house.  And work called him back in early.)  And we survived with only one trip to the emergency room while he was gone.  Sigh. 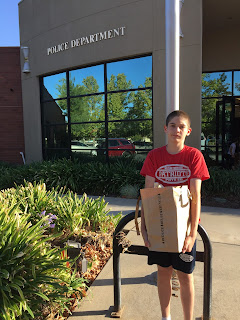 Our Police Department collected goods for the displaced, so we took in a couple bags of donations that went to the temporary shelters in Sonoma County.

While things are under control now, Santa Rosa will take years to recover. 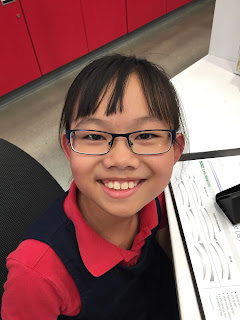 Miss Hannah's new glasses came in, and I braved Costco with the children after school one day to pick them up.  She's thrilled to be able to see again. 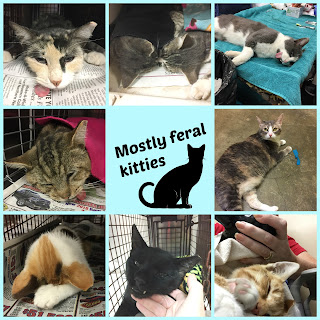 In addition to the tree planting day, I worked 3 days at the feral spay clinic and 2 days at the low cost vaccine clinic at SPCA. 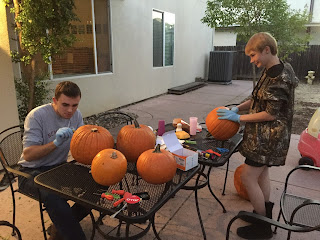 Boy brought over a bunch of pumpkins, and he and Bri did some carving. 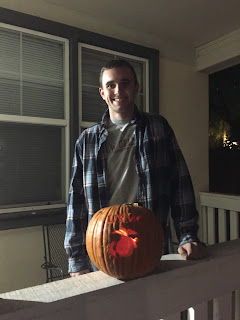 I was very impressed with the USMC Eagle, Globe & Anchor they did.  They also did an Air Force pumpkin, although the picture seems to have mysteriously disappeared. 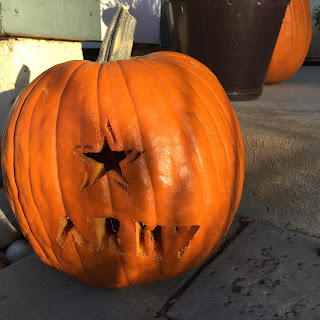 And, of course, an Army pumpkin! 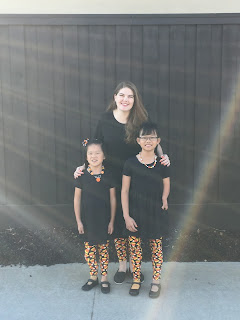 I saw these cute candy corn leggings on Zulily a couple months back and thought they'd be fun for pumpkin patch season, and somehow between going to a school with uniforms, and all the crazy we've had this month, it took until the very end of October for the girls to wear them.  They wore them to church today.  I put them on just long enough for pictures, and then changed into "grown up clothes" for church.  I'll wear them on Halloween when we take the kids out, though. 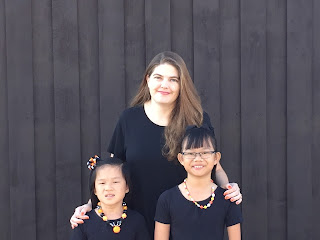 I still have a few more things to catch up on, but I'll save those for separate posts.  May you and yours be safe Tuesday night, however you choose to spend it.