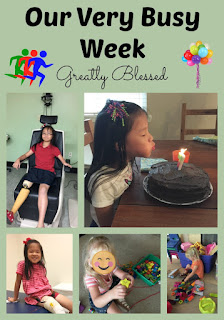 I still have one more vacation post, but it just hasn't happened yet. 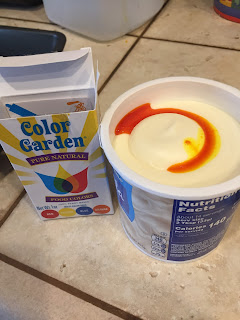 I recently received some Color Garden food coloring to try out, so I thought birthday cupcakes would be a fun use for some of it. 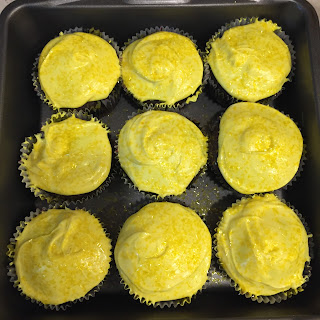 They looked nice and sunny.  Unfortunately, we had a little disaster with them in the van, and I ended up buying store bought cupcakes and driving them out to the school for Katie's class after I dropped the kids off.  Not sure where that falls on the mothering scale.  On the one hand, I made cupcakes for her class.  On the other hand, the cupcakes she actually passed out where store bought.  Good intentions, lousy execution. 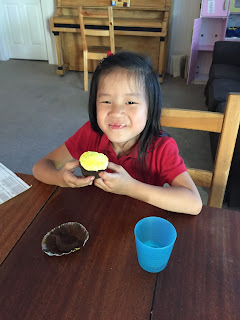 The rest of the batch met with approval, though. 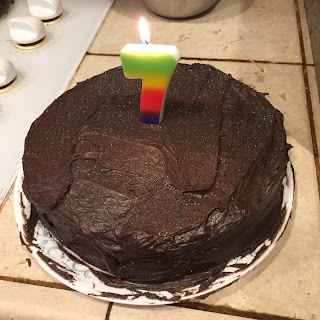 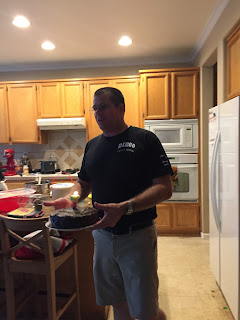 Seven!  Can you believe it?  She was still 2 when she joined our family. 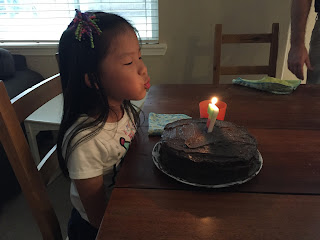 It took her several tries to blow out the candle. 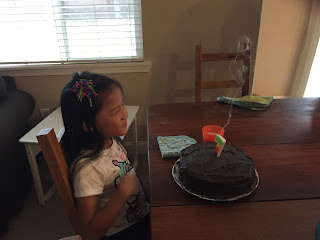 But she got it eventually! 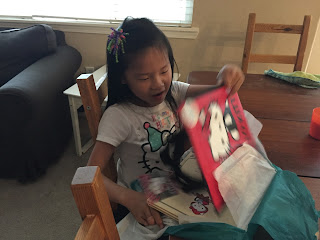 Last year's Hello Kitty birthday shirt still fit her, so she wore that to school. 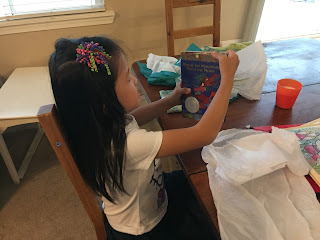 She got new books, including a couple Hello Kitty ones and a Grace Lin chapter book that Hannah immediately offered to pre-read for her.  Such a helpful sister.  Hannah loves to read, and usually plows through whatever we bring home from the library in just a couple days. 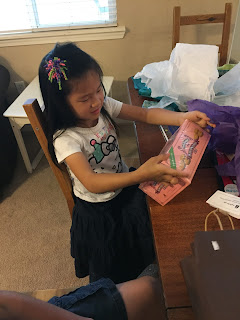 She also got her very own box of almond cookies, which she very sweetly has been sharing with Jack and Hannah, parceling them out into the lunch boxes every day. 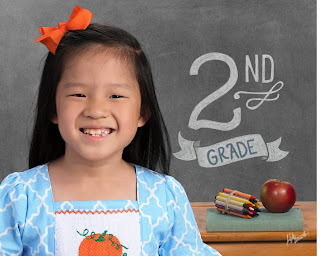 Pictures are back!  The tie is just as cringey as I feared, but at least Jack's expression is okay.  I really ought to have scanned them all before Eli put them up on the wall, but that didn't happen. 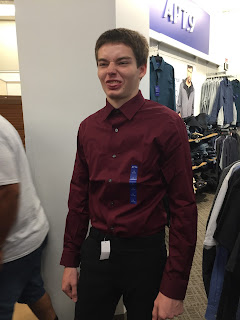 Homecoming shopping, round 1.  He's lingering in the "no pictures" phase longer than I would like. 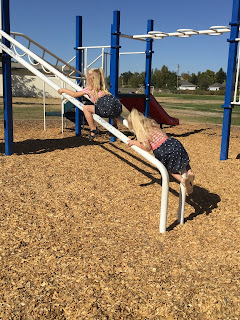 Our little friends were here with us for several days.  We played on the school playground while waiting for the kids to get out. 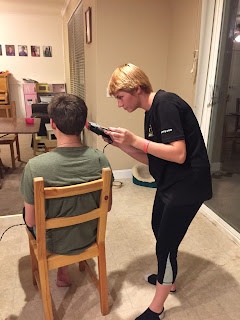 Eli wanted a more detailed haircut than the "buzz it all off" that I provide, so Brianna gave it a go, and it turned out well. 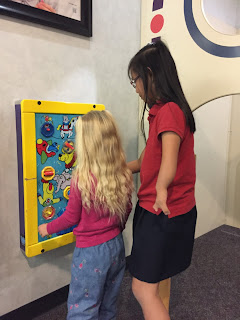 This was appointment week.  It just sort of worked out that way.  Fortunately, the younger kids had "home study days" for 3 days this week, while the teachers were at a conference in Ventura. 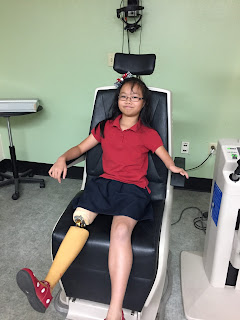 The first appointment was Hannah seeing the eye doctor. 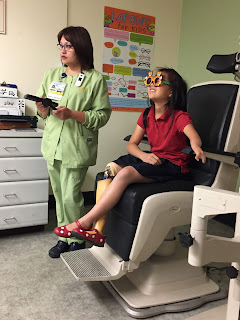 It had been over a year, and we'd noticed her squinting more, so I called in July, thinking I'd get her in before school started.  No such luck, they book out so far in advance.  She will be getting new glasses with a significant change in prescription. 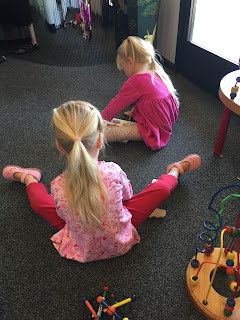 The next appointment was Hannah and Katie's regular dental check up.  Jack and I took these guys next door to Hobby Lobby, and the candy corn shirt idea was born while we were there and the girls were having their teeth cleaned. 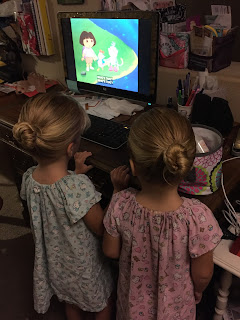 I originally made these Hello Kitty nightgowns for Katie, and not only has she outgrown them, I think this will be the last time our little guests use them, too.  At least without shorts underneath.  They've gotten pretty short.  We enjoy a little Dora on the computer after bath time while I'm combing out their wet hair.  I didn't think it was affecting me until Sunday's sermon when the pastor said, "Believe, repent, baptized," and I leaned over and whispered to Paul, "Dora format!"

Hannah and Katie were casted at Shriners this week for their new legs.  We go back in 2 weeks to do a socket test fit.