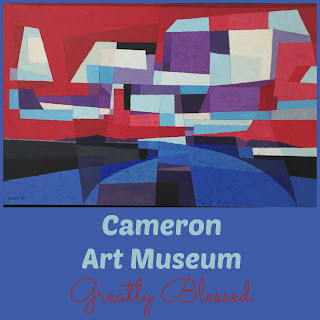 Although I was staying in Jacksonville, there's not a whole lot to do there, so I ventured into Wilmington, which has a lot more to offer.  Wilmington is about an hour from Jacksonville. 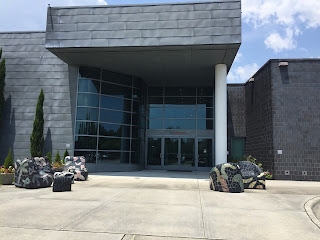 When I arrived at the Cameron Art Museum, I stopped outside to catch a picture.  This turned out to be providential, because the docent saw me, and when I entered, he said, "I saw you taking a picture of the building; this must be your first time here."  I admitted that it was my first time on the East Coast, and that I was visiting my son at the local Marine base.  He said, "In that case, your visit is free today."  They participate in Blue Star Museums, and I'm a Blue Star Mom. 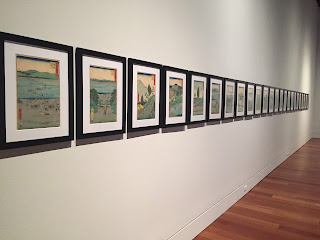 I recently mentioned here that I've been walking virtual races.  Well, Japanese artist Ando Hiroshige did a 320 mile trek, and he captured what he saw at each rest point, resulting in 55 paintings called 53 Stations of the Tokaido. 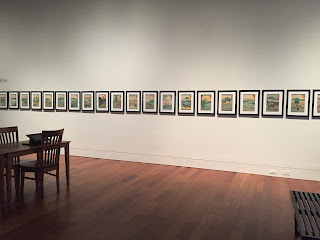 The paintings occupy 3 walls of a large room, and there's a little booklet that gives more information on the route, the artist, and the printmaking process. 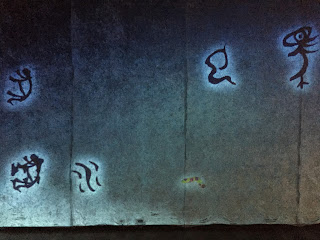 In another room, the walls had characters floating down them. 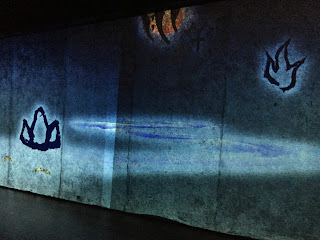 When you touch one of the images, it turns into a picture of what the character represents. 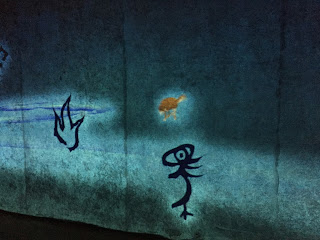 This was a fun exhibit with movement and sound. 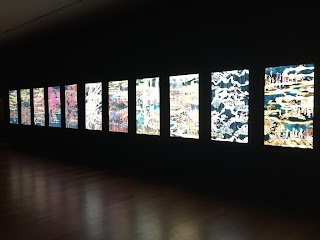 A third Japanese exhibit was this wall of moving images.  Opposite the wall, there were about a dozen very comfy chairs where you could sit and watch the panels change.  I started at one end and made my way down to the other.  It was cool and dark, with relaxing music playing, and the whole effect was very soothing.

This was the room where I found myself thinking, "I wish the kids were here."  They have various sea life coloring pages you can do, and then you scan it in, and it becomes part of the giant, moving display on the walls of the room.  There's ocean noises here, and I know Hannah and Katie would have loved seeing their art swimming around. 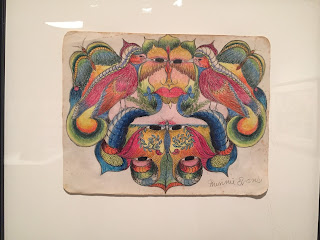 This piece was considered "outsider art."  I just thought it looked cool. 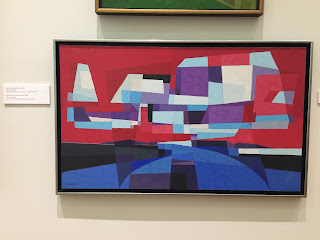 They had a room devoted to the works of Claude Howell, a native North Carolina artist.  This one was my favorite. 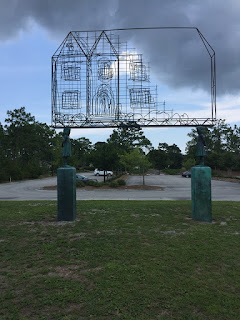 There were exhibits outside, too, including this wire piece. 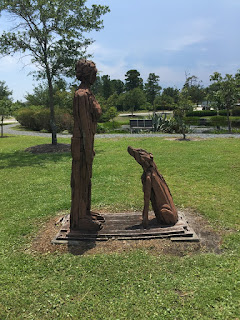 I don't think I got a picture of the cute little red bridge over the pond in the background, but it was pretty. 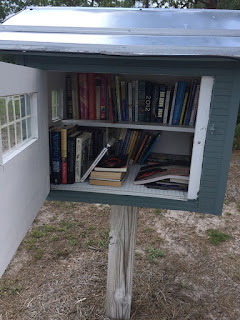 There's a Little Free Library on the grounds.  As someone who volunteers with books, this makes my heart smile.  We have a few around our town and county, but it's always a treat to see one pop up while traveling. 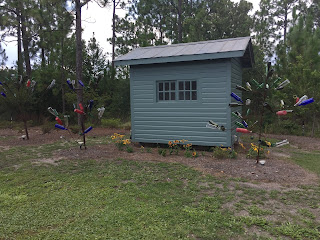 This tiny cabin with it's quirky bottle trees is a replica of the gate house at Airlie Gardens, where one of the artists featured in the museum worked for over 25 years. 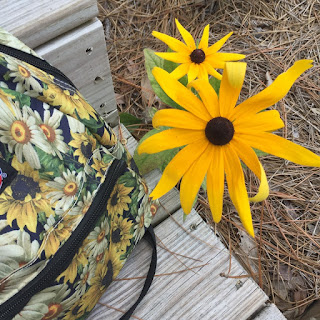 The flowers went nicely with my little travel backpack. 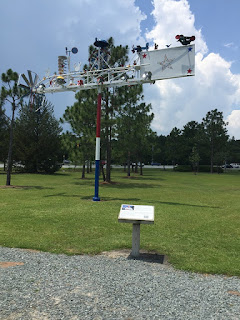 One of the artists featured indoors used found objects in his work.  Sometimes art is so large it can't be contained in a building, and needs to be outdoors. 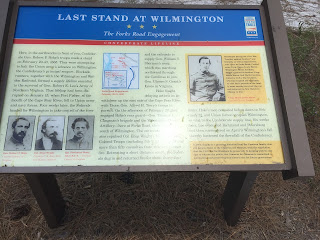 I live in California.  I grew up here.  We don't have Civil War... anything, really.  So I geeked out a bit when I discovered that there's a Civil War Trail behind the museum. 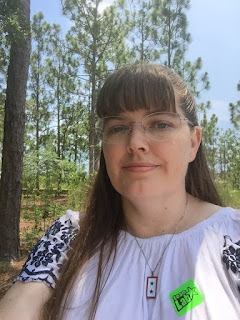 This is me, standing on a Civil War Trail.  It was really neat to think that a pine cone stepped on by soldiers may have become one of the trees around me.  It was hot, but very green and beautiful.  I later found a CWT brochure for NC and brought it home with me.  You can see one here.