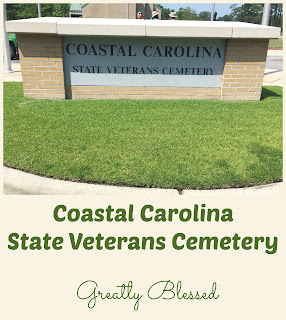 A cemetery?  Why did you go to a cemetery?  Well, honestly, mostly because it was right across the street from the Lejune Memorial Gardens from yesterday's post.  But also because I like genealogy, and old cemeteries. 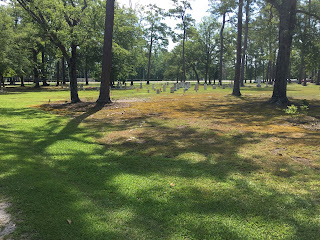 I stayed in the front half, which is the old section.  The grounds are very tranquil. 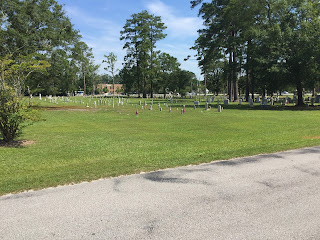 I set my tracking app and went for a walk. 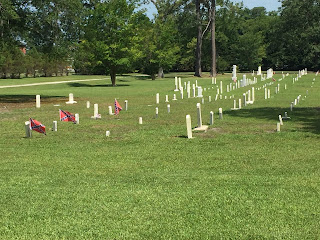 It's funny; I didn't think of North Carolina as a southern state until I got here.  They were, however on the southern side of the Civil War, and that was reiterated several times during my visit.  There are Civil War veterans buried here. 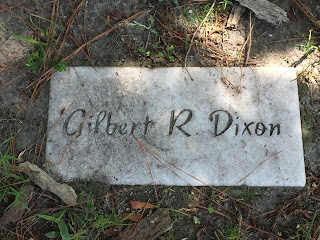 I was doing my wander, when I noticed a couple of familiar names pop up. 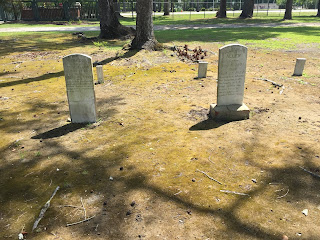 I have Dixons and Allens in my family tree, but when I cross checked with Ancestry.com, predictably, none of these were my people.  I knew the odds were slim.  Still, wouldn't that have been neat? 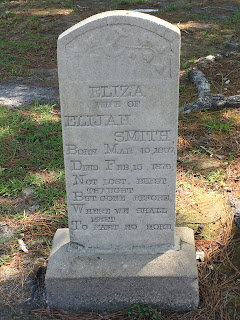 Now remember, it's super hot and humid.  I read this headstone and started to giggle.  Go ahead, click on it and see what you think it says at first glance.

I found myself thinking. "Wow, how bad must it have been to put that on her grave?  Did this poor lady have celiac or some other undiagnosed digestive disorder?"  Then I realized that last line says, "To PART no more."  Oops.

In my defense, when I showed it to Sam later, he thought it said the same thing.  As did Eli, when I got home and showed him.  So either that P is not as clear as it used to be, or my children inherited my twisted sense of humor. 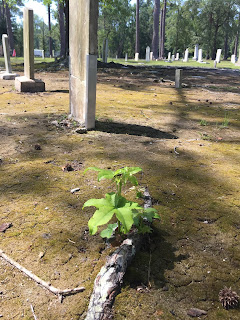 This me, trying to be artsy in the heat.  As in, not willing to actually get down on the ground and do a better job framing the shot.  I call it New Life Among The Dead.