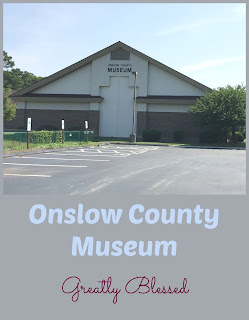 The reason I went to North Carolina was to visit Sam.  But Sam was working half days most of the time I was there, so I had a lot of time to fill on my own.  This gave me the chance to poke around some of the little, obscure places that he might not have enjoyed going to. 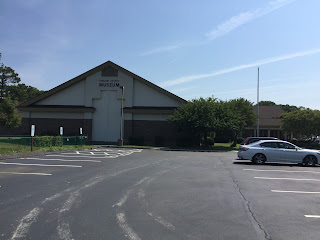 Onslow County Museum was small, but interesting.  It's located in Richlands, not far from Jacksonville.  Admission was $2 bucks, plus tax. 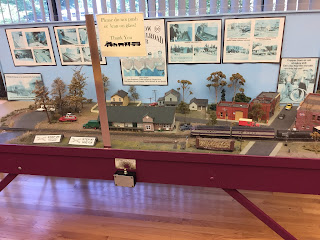 Diorama of days gone by, located in the entryway.  The building also houses a public library, accessible through a separate entrance. 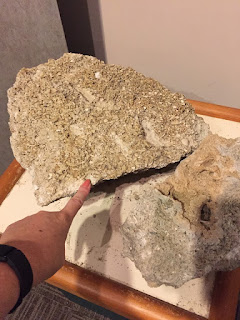 Brianna and I both have a thing for touching old/neat stuff that we're not necessarily supposed to touch, so I sent her this picture.  I'm pretty sure the two of us could have gotten thrown out of a museum in Missouri in February, had anyone been stealthily observing us. 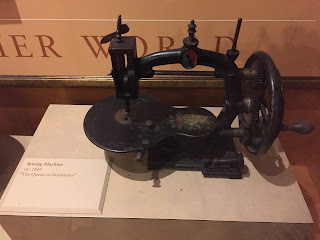 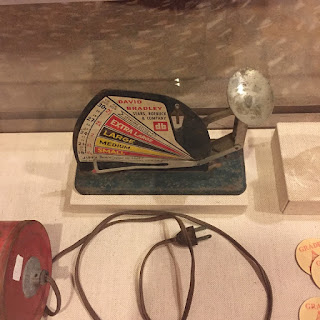 An egg grader.  I never really thought about how "they" determine if an egg goes in a Small, Medium, Large, or Extra Large carton before.  I'm sure it's done differently now, but this was how it was done then.  My Granny used to mention a relative that worked as an egg candler.  This made me think of her. 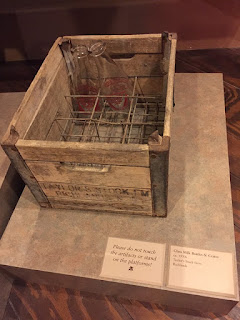 I took this picture for a friend of mine who still uses similar glass bottles, as they have a farm, and just started selling milk. 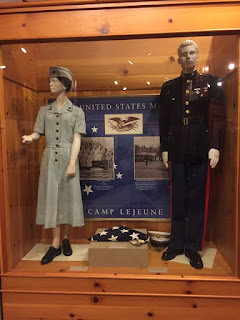 There was either a summer camp or a field trip of some sort going on while I was there, so I didn't take a picture of the huge, dugout canoe that dominated the room, but you can see it on their website. 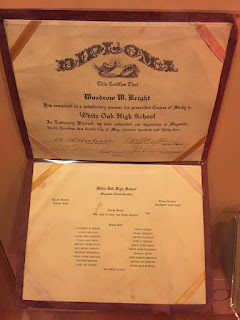 After sitting through Eli's graduation, I was a little envious of this graduating class with only 21 students. 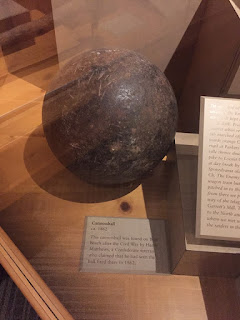 I feel like I've seen small cannonballs before, because this really big one surprised me.  It was larger than a bowling ball. 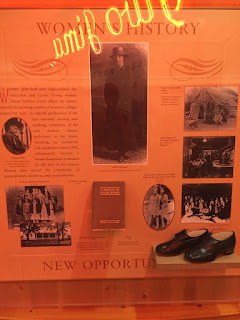 Not great lighting, sorry.  It's nice to see many museums now have more women's history, indigenous peoples' history, and African American history represented in their exhibits.  The Onslow County Museum covered all 3. 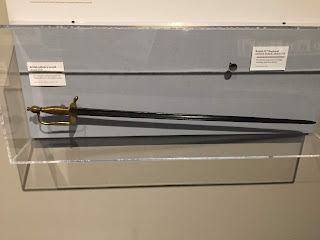 I took this picture for my boys, as I thought they would appreciate a Revolutionary War era sword.  We have an ancestor who fought in that war, so it's easy to wonder if it was ever on the same battlefield that he was.

Speaking of battlefields, stay tuned!  I hope to have my visits to both a battleship and a battlefield up soon.