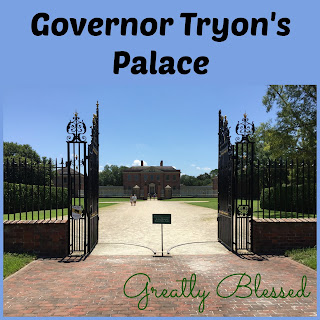 I know.  I totally dropped the ball and haven't posted anything for 3 weeks.  I could blame it on back to school, I suppose.  But, I'm back!  And with one of the most exciting places that I went last month! 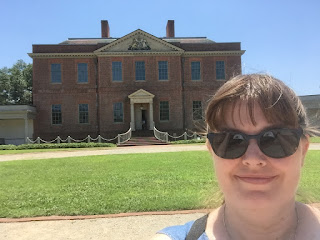 Governor Tryon's Palace is not only a magnificent replica in it's own right, but it was also one of the filming locations for Outlander.  So I was geeking out a little bit.

There's the circular drive, with kitchen and servant's quarters in the building on the left, and stables on the right of the main house.  The gift shop is behind the stables. 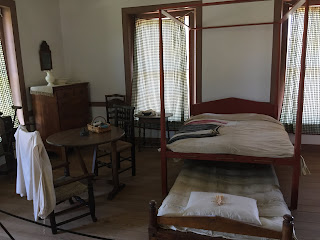 This is up over the kitchen.  Servant's quarters, showing tasks like spinning and ironing that would have taken place here. 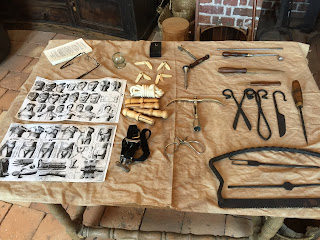 Downstairs, they had a "doctor" of the time period docent, who showed off his tools 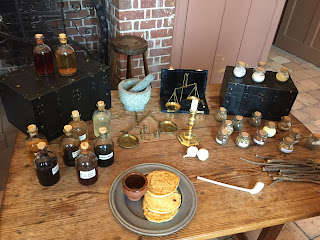 and his herbal remedies.  I found it interesting that herbal remedies were usually kept in a locked cabinet, as were spices, because they came from far off lands, and were thus very expensive. 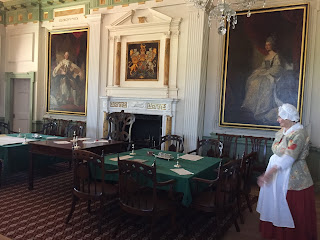 Portraits of royalty and our guide in period costume. 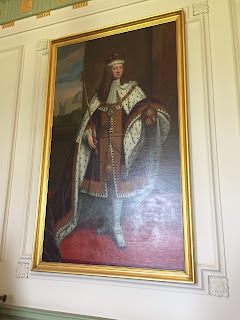 King George (again, if you've read the Outlander books, you can understand why this was a bit surreal for me) 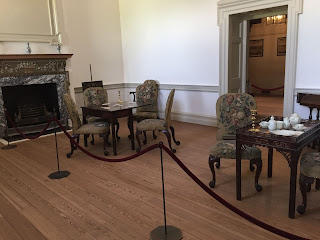 Ladies' entertaining area, while the men are off with their brandy & cigars. 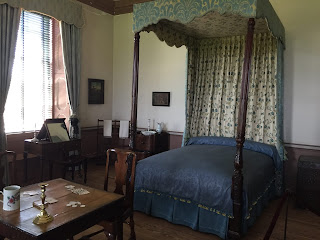 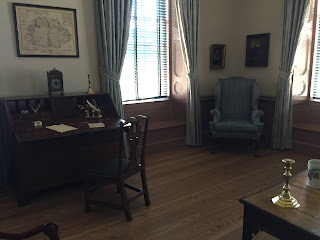 The furnishings, mostly imported from England, really made the place come alive.  It's easy to imagine sitting and writing a letter with quill and ink here. 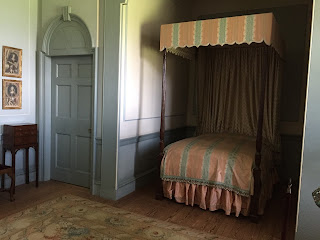 One of the children's rooms.  Unfortunately before the advent of air conditioning.  I imagine that alcove where the bed was must have been sweltering hot.  You wouldn't get the benefit of the cross breeze from the open windows. 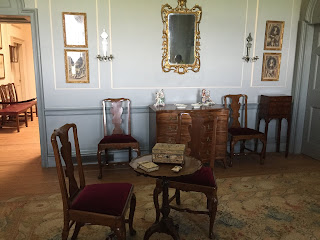 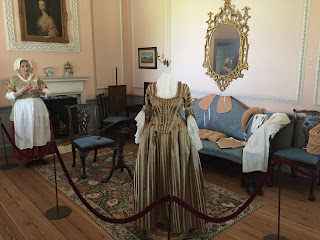 Our guide explaining all the pieces of historical dress.  The ladies of the manor would have needed help getting dressed in all the underpieces shown on the couch behind the dress. 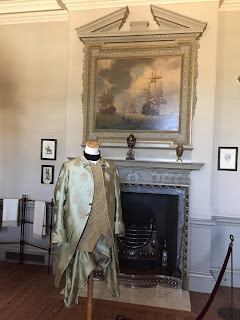 Men's clothing was simpler, but still far more fussy than what we wear today.

I'll see if I can't get another post up with the gardens and another historical house on the grounds soon.
at August 29, 2019