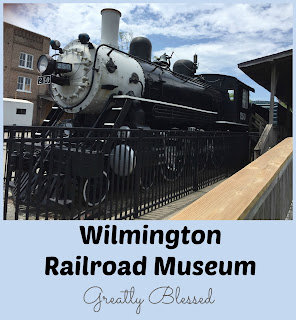 After finishing up at the Battleship, I used my phone to figure out what else was nearby, thinking I might find myself some lunch.  Instead, I found that I was only 7 minutes away from the Wilmington Railroad Museum. 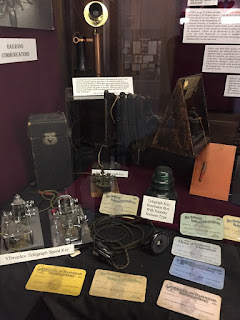 Various forms of early communication.  I'm so glad we have cell phones and FaceTime and messaging apps and email and such now.  With adult children exploring all over the world, I'm grateful we have ways of keeping in touch. 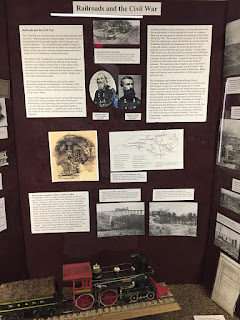 So, the first part of the museum houses a little gift shop.  I found it amusing that they sell replicas of the Golden Spike that we have in our local train museum. 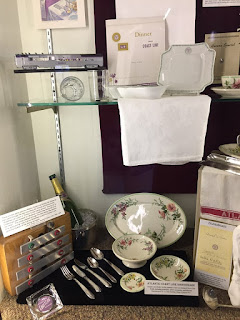 The next part of the museum has various displays to look at, including a sample of the dishes used on board.  I didn't get a picture of it, but there was an interesting exhibit about railroad police, something that I hadn't really thought about before. 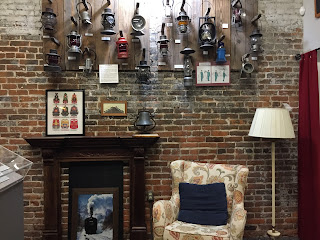 An impressive array of railway lanterns.  I'm pretty sure that chair is where the docent sits for the story time sessions. 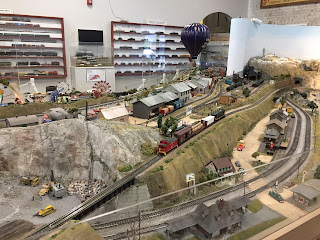 The back part of the museum houses a really large layout.  There are about 30 buttons you can push around the setup to start trains moving or hear sound effects that go with a particular part of the diorama. 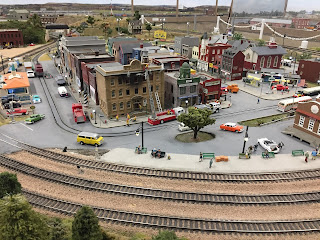 Had to get a picture of the "burning" building for my firefighter. 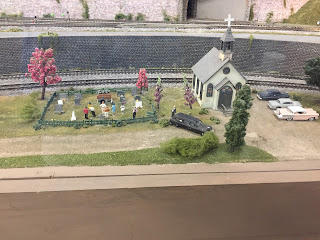 The amount of detail that went into creating the different things to see in this room was amazing. 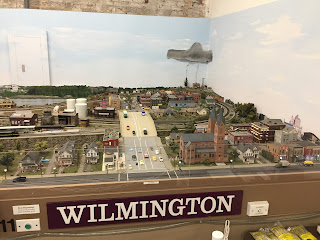 The "cloud" in the back corner had 3 jags of "lightning" coming down from it, and every once in a while, it would storm over there. 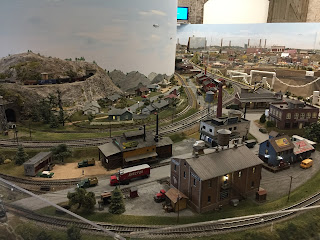 One of the neat things about this museum is that the model railroad enthusiast group affiliated with it hold a world record.  If you have a minute, click the link and watch the video of how they used the Wilmington Convention Center to build the longest model train in the world.  The former record was held by a group in Germany, and the current record set by Wilmington still stands, 8 years later. 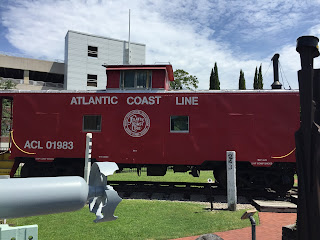 Outside the museum, they have a couple of rail cars that you can explore, including one that has "hobos" (mannequins) inside it. 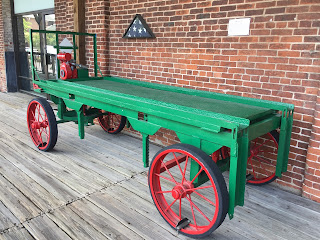 This casket car was used during WWII as our soldiers were returned home. 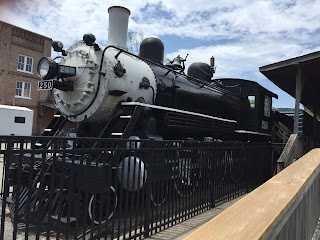 Even though this was a smaller, more modest train museum than the one we have in Old Sac, it was neat to see the similarities and differences between the west coast and the east coast.