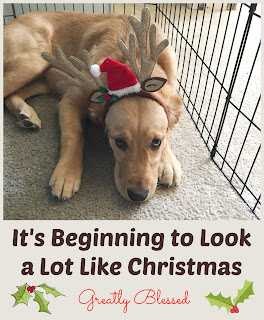 Which means it must be time to blog about November, right? 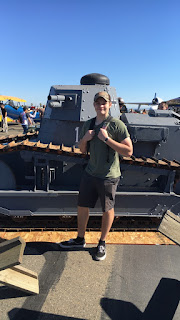 Paul took the boys to an airshow. 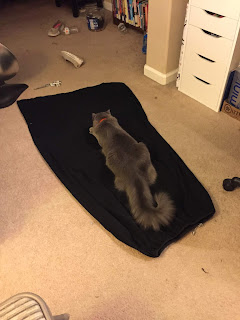 Grumman "helped" me make Eli a cape for... 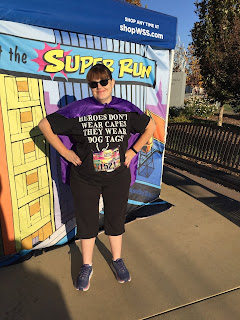 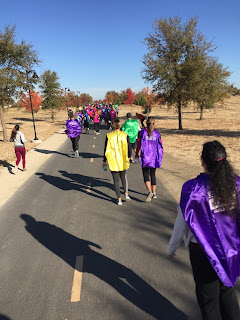 It was a disorganized race, but it was neat to see all the capes.

Zach and Brayden got to participate in a Salute to Service event, seeing the game and meeting some players. 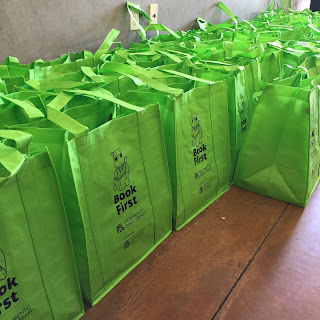 I helped with another sorting party for Book First.  We made "class packs" from stacks of books.  Each class pack will be taken to a classroom at a local school, and distributed to first graders by a librarian who explains about libraries and encourages kids to read. 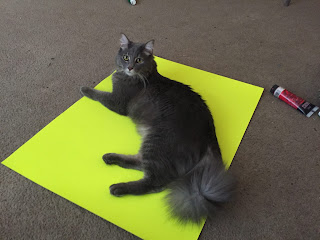 Grumman "helped" me make a poster for Mission San Jose, the mission Katie (and Eli) built. 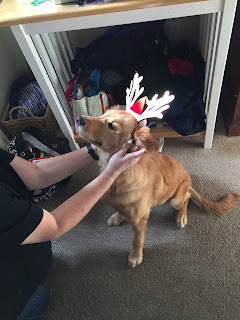 This is Kylee, the grand-puppy. 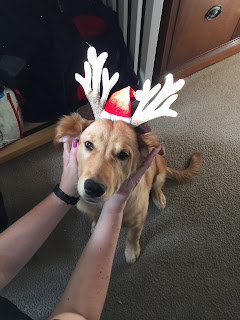 We dog-sat for Zach & Heather while they went to Disneyland. 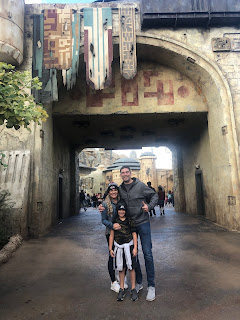 I think they enjoyed SW land more than Kylee enjoyed the antlers I found at Hobby Lobby. 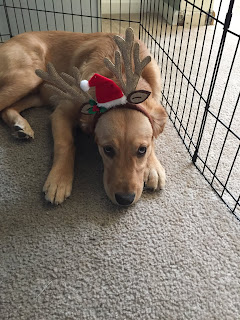 It was fun to see what having a dog would be like, without the commitment. 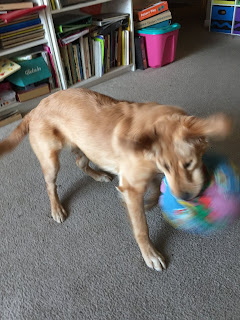 And I think the Hugg A Planet was the only casualty of her visit, and we were pretty much done with that, since we're no longer homeschooling. 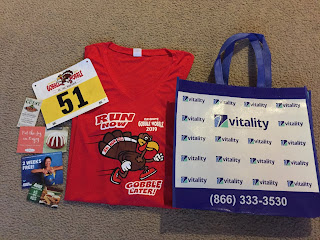 Getting ready for Gobble Wobble, the Thanksgiving Day 5K. 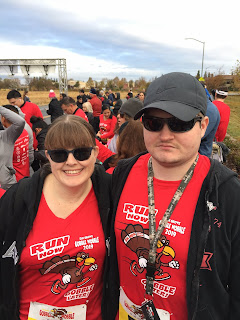 Josiah did this one with me. 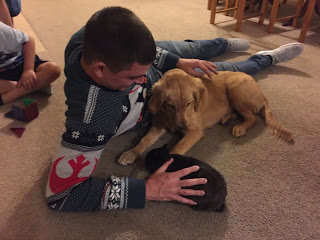 We had Thanksgiving with Zach & Heather & Brayden & Kylee.  Zach introduced Kylee to Tuzi, our bunny. 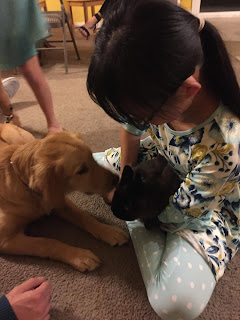 It was pretty cute.  There was a lot of sniffing, but neither one knew quite what to make of the other. 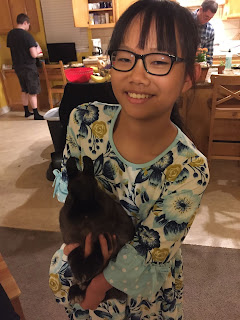 Tuzi doesn't get as much time out of the cage, since his playpen got destroyed by a foster bunny. 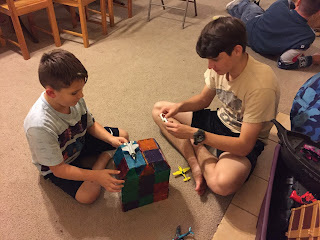 The ever popular Magni-tiles were played with. 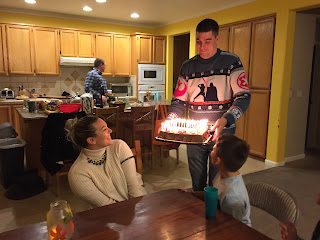 We celebrated Heather's birthday, too. 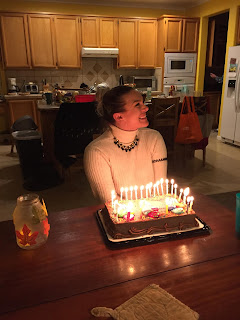 My beautiful daughter in law.

I'm mostly done with Christmas preparations.  Neither Annaliese nor Brianna will be home for Christmas this year.  Not sure yet about Sam.