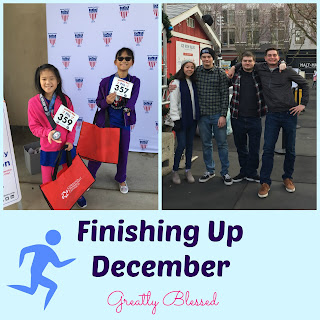 Backing up to before Christmas for a little bit...  We did a family race. 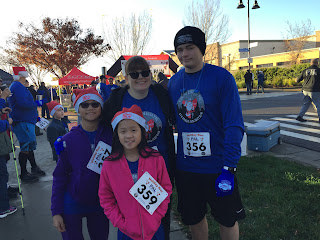 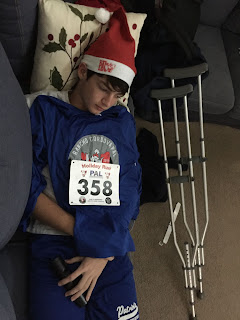 Jack was supposed to come with us, but it was 2 days after he sprained his ankle. 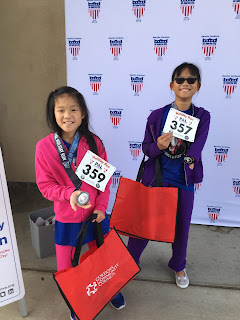 After the race, there were goodie bags! 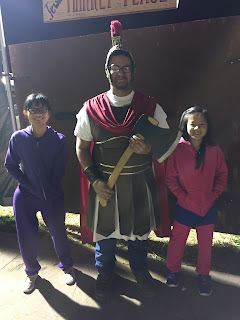 We took the girls to a local live nativity.  That's a friend's son, playing one of the Roman soldiers outside the Bethlehem town square. 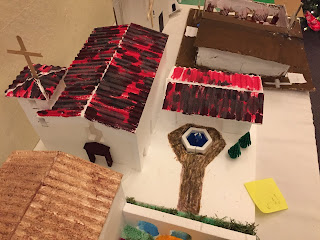 Katie's finished mission project.  90% of 4th graders in California make one of these.  We chose a mission that we've been to, Mission San Jose. 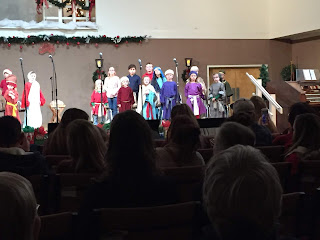 Sat through another elementary school production. 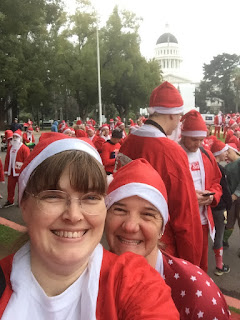 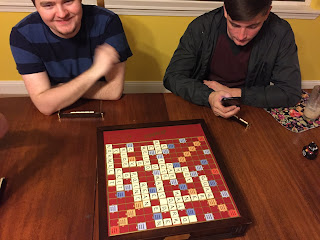 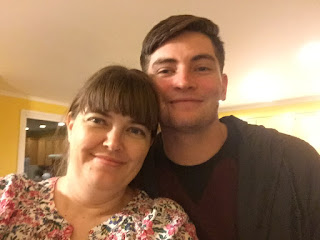 Spent time hanging out with my boy.

Took the "kids" (they're literally all grown ups, when did that happen?) ice skating.  We met Zach and Brayden there. 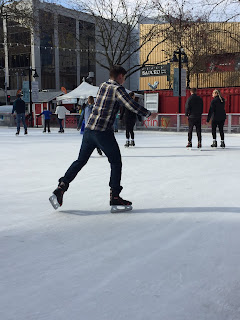 Sam had never been on ice skates, and he did great!

I love the way he just throws himself into something.

I hadn't been on the ice in a decade, but I got out there and did it.  At one point, I looked around and realized I was the oldest person skating. 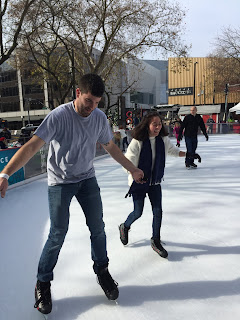 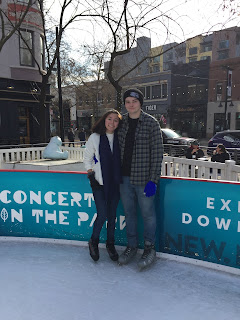 Gosh, they're cute.  Notice Eli's gloves?  Those were part of our loot from the family race.  Super handy.