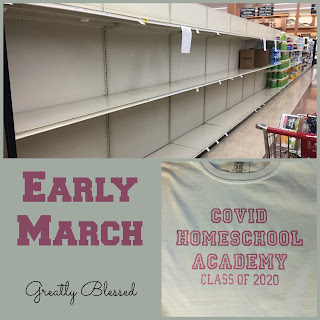 Was it really only 2 weeks ago we were allowed to go out and gather in groups? 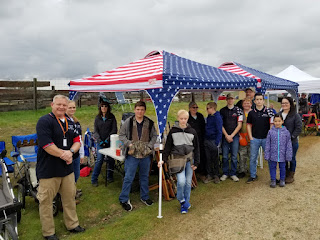 Jack's trap team.  The season is likely over for them now, but just a couple weeks back was their first shoot of the year. 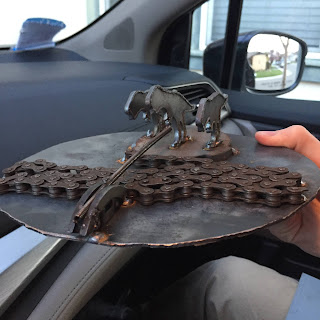 During Arts Week, the kids visited a welding place.  This is Jack's creation.  I think the bike chains represent a stream.  There are dinos on the opposite bank.  Hannah made a face for hers, but I don't know what became of it. 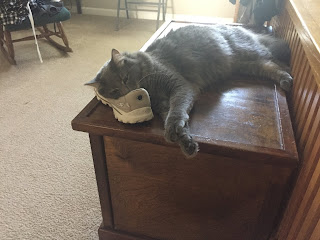 Our cat is so weird.  He loves feet and shoes. 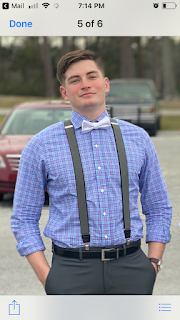 Oh, my heart.  Sam made my day by sending pictures of himself and a few other friends all gussied up.  They were headed to a "transitioning to civilian life" practice interview.  Sam has less than a year left in the Marines. 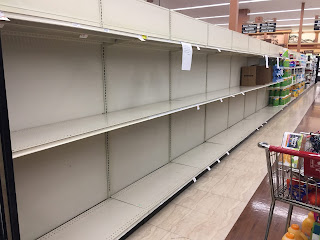 And this is when things got weird.  Suddenly all the toilet paper disappeared, and the public schools shut down.

I believe EGUSD was the first in the nation to close the whole district all at once.  My kids' school remained open much longer.  Now our whole state is shut down. 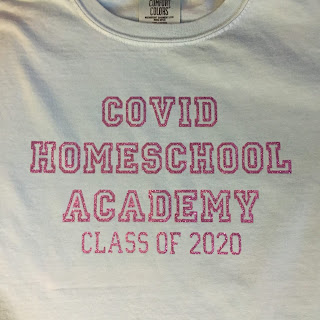 And yes, crafting is my therapy, and I have a weird sense of humor.  I made the girls t-shirts.  Gotta keep that Cricut Machine (affiliate link) going.  I actually started a Cricut post last month, and never finished it.  I want to show off all the cool stuff I've been making since Christmas.  I'll have to buckle down and get that done soon.