The Sudden Homeschool Rolls On 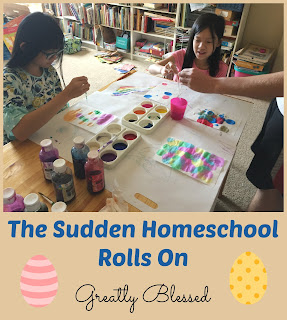 There's a big difference between homeschooling and quarantine schooling. 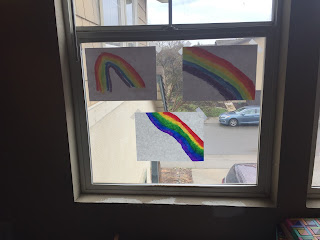 I've tried to infuse some "homeschool" components into our days, by adding art projects and playing instrumental music in the school room. 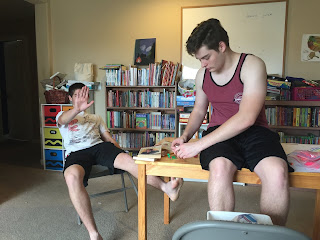 One of Jack's teachers has assigned a major video project.  I asked Eli if he could help with this, but unfortunately, he wasn't able to get the stop motion camera working. 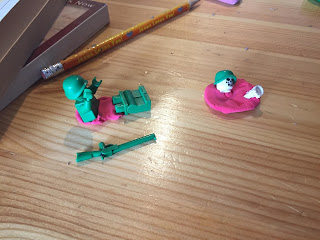 It's a bummer, because I would have liked to have seen where they were going with this.  I think. 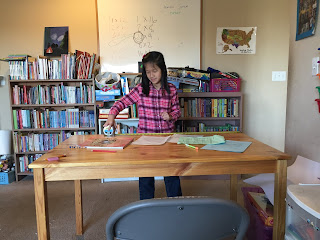 Katie, measuring a table for math one day.  That was it.  Her entire math for the day.  I have taken to finding worksheets to print for her. 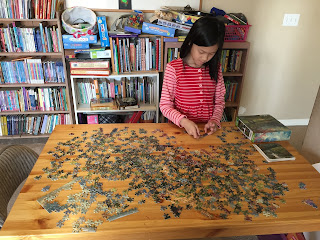 The kids worked on a puzzle over the weekend, but it didn't get finished.  We might have to set up a designated puzzle table. 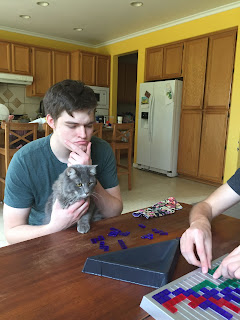 I feel like homes all across the world are playing more games these days.  Blokus is one of my favorites. 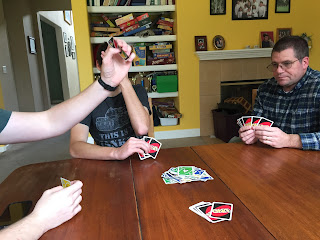 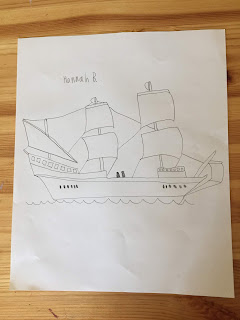 One of Hannah's teachers decided to assign a "project" for the "two weeks" the kids would be out of school, instead of giving them their regular work.  Hannah didn't understand the project, but she did draw this picture of one of Columbus' ships, thinking it would work.  It's a video project.  I don't think this picture is going to cut it.  I also don't think it's fair for the teacher to plop a "30% of your grade" nightmare on us parents right now. 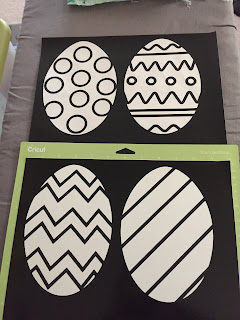 Josiah didn't appreciate the rainbows in our window, so I tried to come up with something else.  I used my Cricut (affiliate link) to make giant egg stickers. 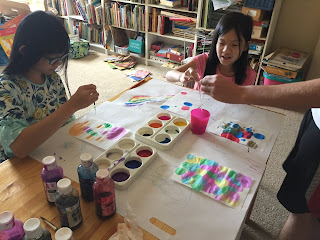 We dropped liquid watercolors on diffusing paper with pipettes. 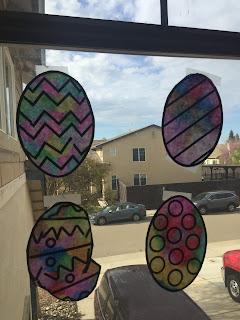 Once the paper was dry, we attempted to put the stickers on the paper.  That part didn't go so well.  But now we have wonky eggs up in the window, instead of St. Pat's rainbows. 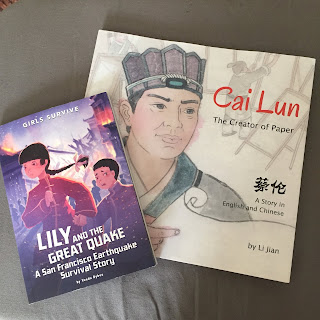 Really bummed for the kids about the library being closed, so I got them a couple of new books from Amazon.  Katie's class is learning about ancient China, and the book about paper actually turned out to be a perfect tie in for her assignment last week. 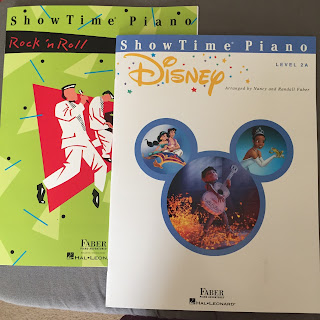 I also got the girls a couple more piano books, so they would have new things to play, even though they're not getting new assignments from their piano teacher.

The school is finally admitting that the kids are not going back the week after spring break.  They're now saying that classes will resume May 4, despite the governor saying students will likely not be returning to classrooms this school year.  This is our new normal.