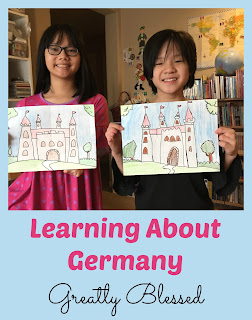 Not a whole lot of pictures this week.  My phone keeps telling me there's no room for pictures. 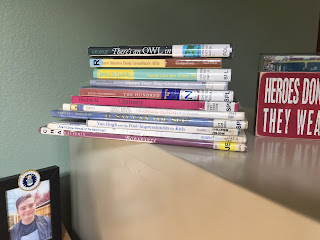 This was our first week in Germany, which meant lots of books, and travel episodes (the girls like Rick Steves on Amazon Prime), and even a Disney + documentary, the Germany episode of Europe From Above, which was really interesting. 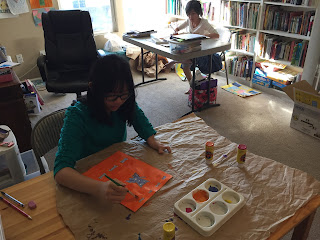 The recommended art project this week was beeswax modeling, which we did not do, since we don't have beeswax. 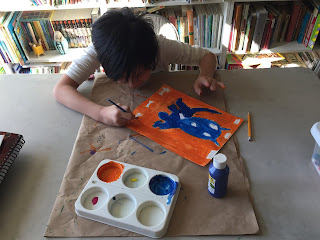 Instead, we did the next project on our Home Art Studio DVD, which was Blue Dogs. 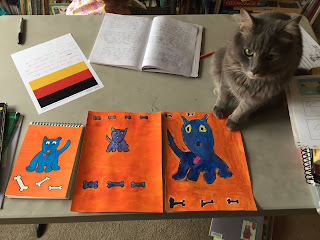 The girls painted theirs, but I did mine in marker. 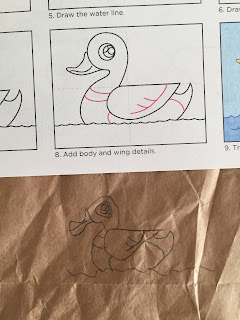 In regular science, the girls are learning about lakes and ponds, and of course, in Flying Creatures, they're learning about things with wings, so I felt the duck was a good crossover.
This is Jack's duck, drawn on Hannah's "protect the table from artwork" paper. 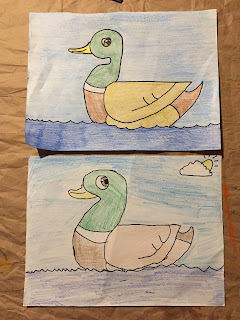 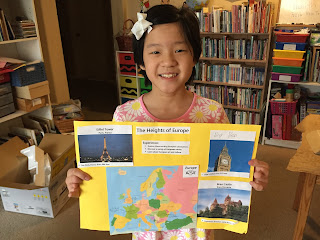 We got a new printer this week!  So Katie was able to finish up her poster with a map of Europe. 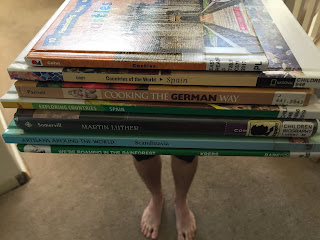 Those are Jack's feet.  He asked if I wanted him to be my table. 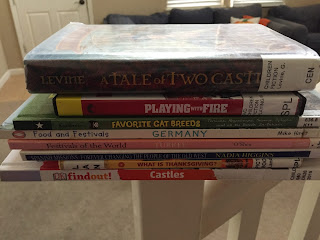 Our local libraries have opened some locations to indoor use, but I'm such a fan of the curbside pickup routine that we're sticking with that.  I feel like they're getting faster at getting the books I request, too, which is nice. 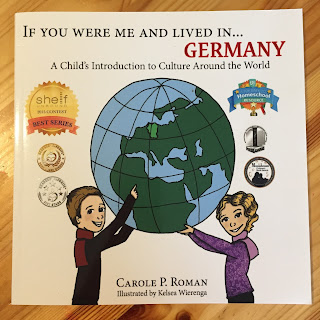 We have several books from this series, which we were introduced to way back when as a review.  It's been fun to pull them out for the various countries we've been learning about.  I even added a few new ones to our collection. 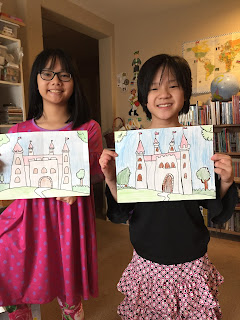 You may have noticed the castle books in the book pile pictures.  Neuschwanstein castle in Germany was the inspiration for Walt Disney's iconic castle.  We read about castles this week, and our curriculum suggested drawing a castle.  Fortunately, the Art Projects For Kids website, which I've been relying on heavily this year, had step by step castle instructions.
Although we have another week in Germany, we're pretty close to being done with the actuall stuff about Germany.  I'm planning "day trips" to 2 other countries this week, before we head off to a new continent.
at November 14, 2020