Our Week With a Scare 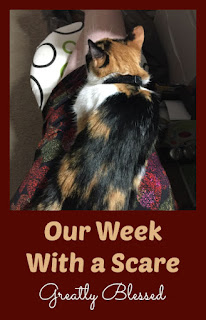 It's possible we'll get to find out what happens in our partially solar household when the electricity goes down.  Northern California is having a "wind event" right now, and PG&E has warned they may preemptively shut down power to 25,000 homes.  Lack of rain, dry vegetation, and strong winds are the scary recipe for horrific fires, so people are going to be a little on edge until the wind dies down. 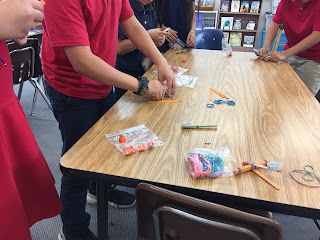 In other news... last week, I did candy pumpkin catapults with the 3rd, 4th, and 5th graders. 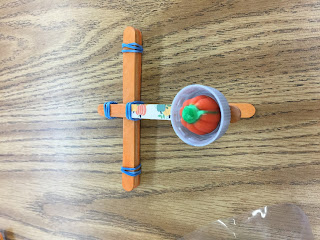 This is my example catapult, fully loaded with pumpkin candy.  I'm glad I did a test one, because I discovered that rubber cement wasn't strong enough to hold the bottle cap, so I used E6000, a glue I discovered in Cricut groups, for the rest of them.  (I did pre-glue the lids at home, but the kids did all the rest of the work on their own catapults.) 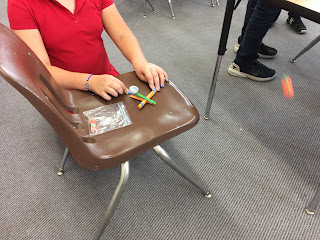 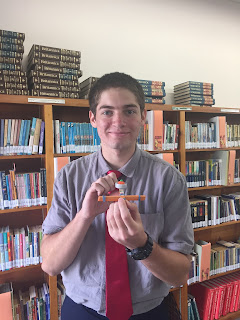 I did not do this activity with the high school students, but Jack wanted to "borrow" mine one morning before school started.  I told him he could, if I could take a picture. 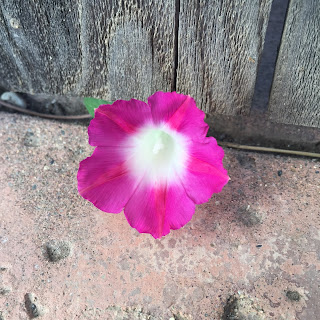 I was taking out the used Kitty Poo Club litter box, and saw that the neighbor's morning glories were growing under the fence.  This made me happy, as morning glories are one of my favorite flowers. 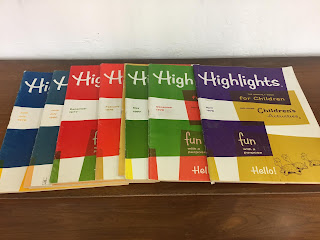 I've emptied out 2 totes in the library!  You know, the buckets and boxes I have squirreled all over the room?  I've processed 2 whole bins, and started on a third.  I'm finally hitting my stride in there.
These Highlights magazines were an interesting find from one of those totes.  They go back to 1977.  I kind of hate to toss them, as I feel like they're *so* old that someone must want them, but it's not me.  I'm going to leave them in the teachers' workroom and hope they disappear. 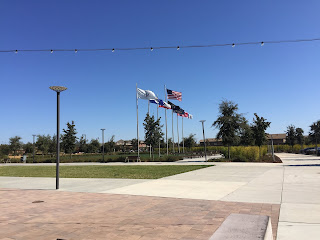 The city had a book fair!  It seemed like a very librarian-y thing to attend, so I stopped by while I was out doing errands. 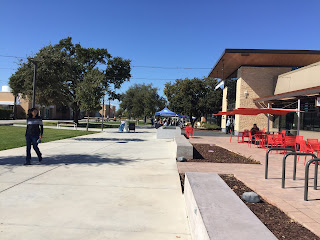 It didn't occur to me to take pictures until I was leaving, so I got a shot from the parking lot, essentially to remind me to blog about it.  See the blue tent?  There were about a dozen in a line behind that one.  Friends of the Library, a local club, local authors, the youth symphony, and the literacy foundation were there.  I picked up some bookmarks, bought a book, and brought home about half a dozen new acquisitions for the library from the Literacy Foundation's free table.
I also, finally, received my book order that shipped mid September.  It took just under 3 weeks to get to me.  I was really bummed, because I ordered October books, and had hoped to have them all processed by 10/1, which has not happened yet. 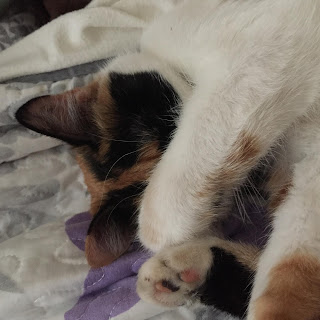 Fiona is looking contrite, and for good reason.  She gave us quite a scare!  Someone didn't latch the front door, and she went exploring.  She was gone for over 24 hours, and I'd put up posters and checked the shelter website and notified the microchip people.  I was very relieved when she reappeared. 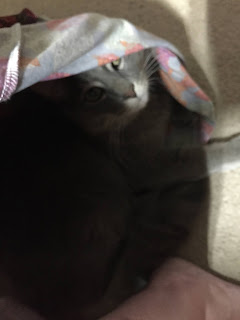 Speaking of cats, Grumman likes to hang out under long skirts and dresses. 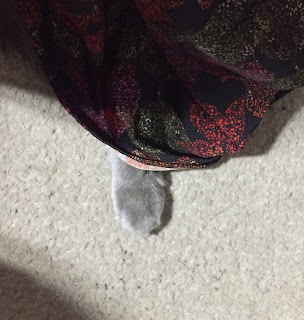 I was a little afraid to move when I took this picture.  I happen to be wearing that leaf print. 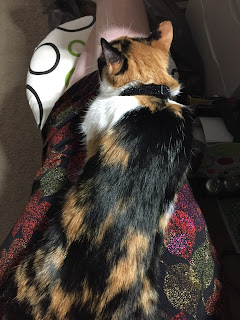