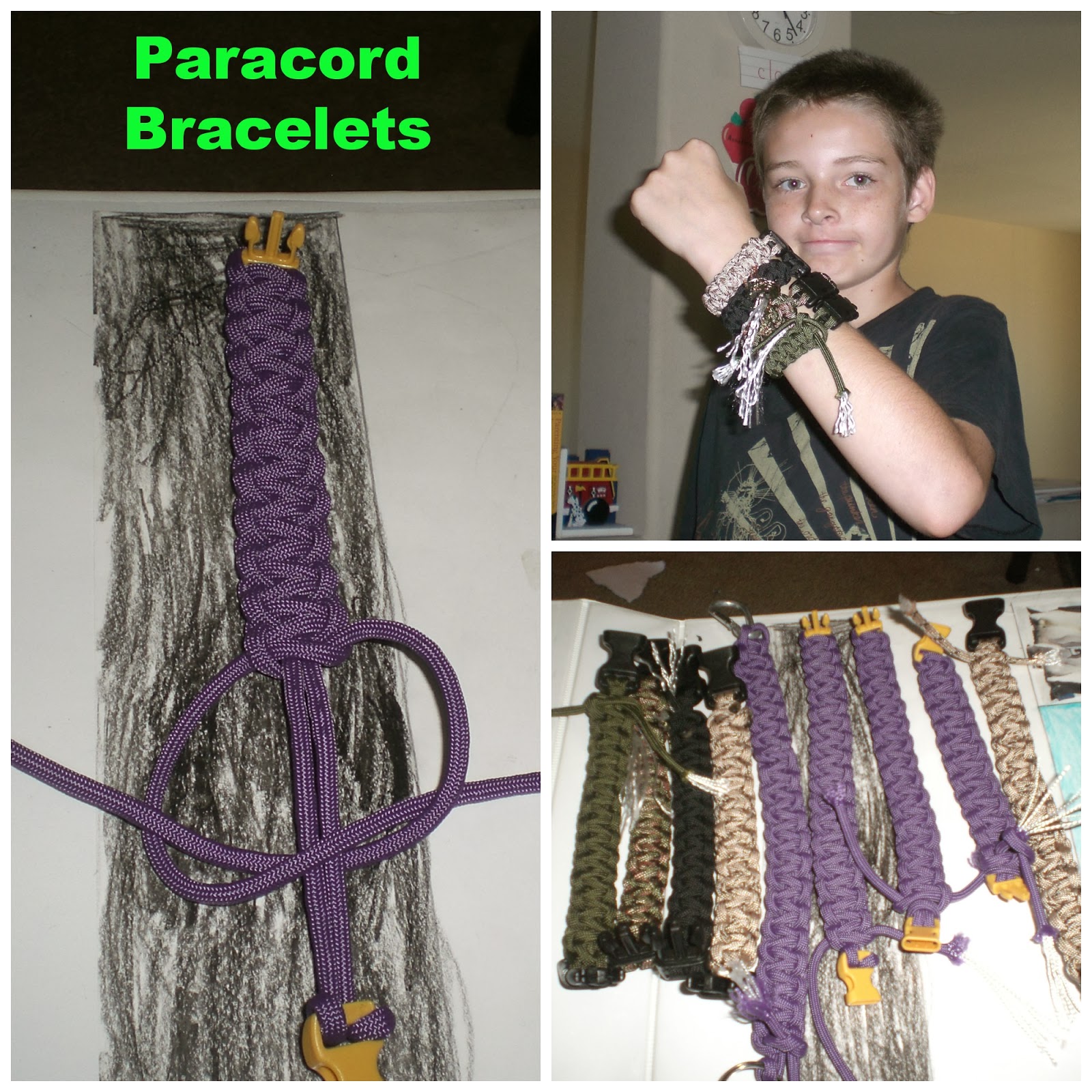 Eli has been on a paracord bracelet making kick for months now. 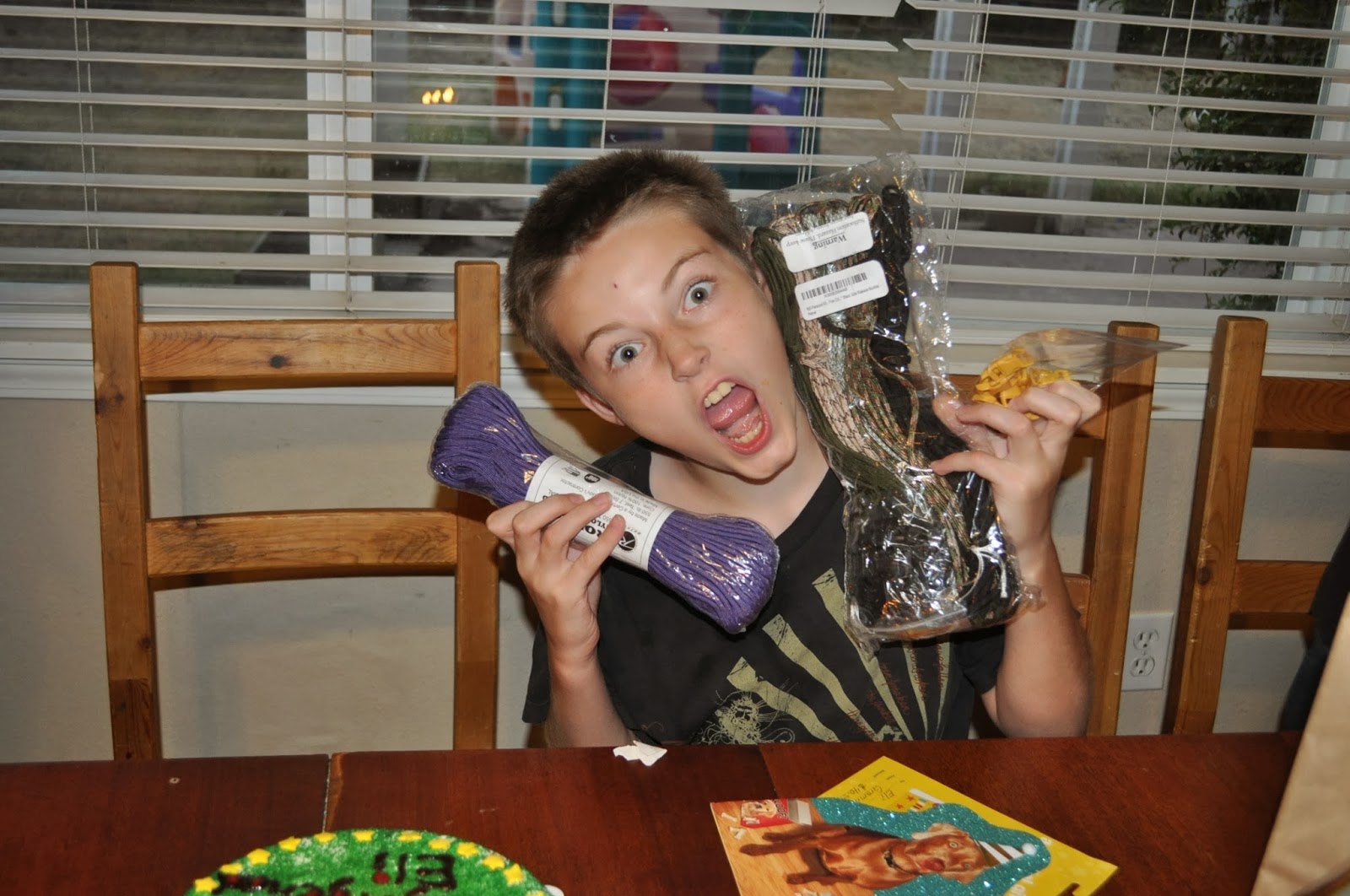 It started back in August, when he got paracord and buckles for his birthday. 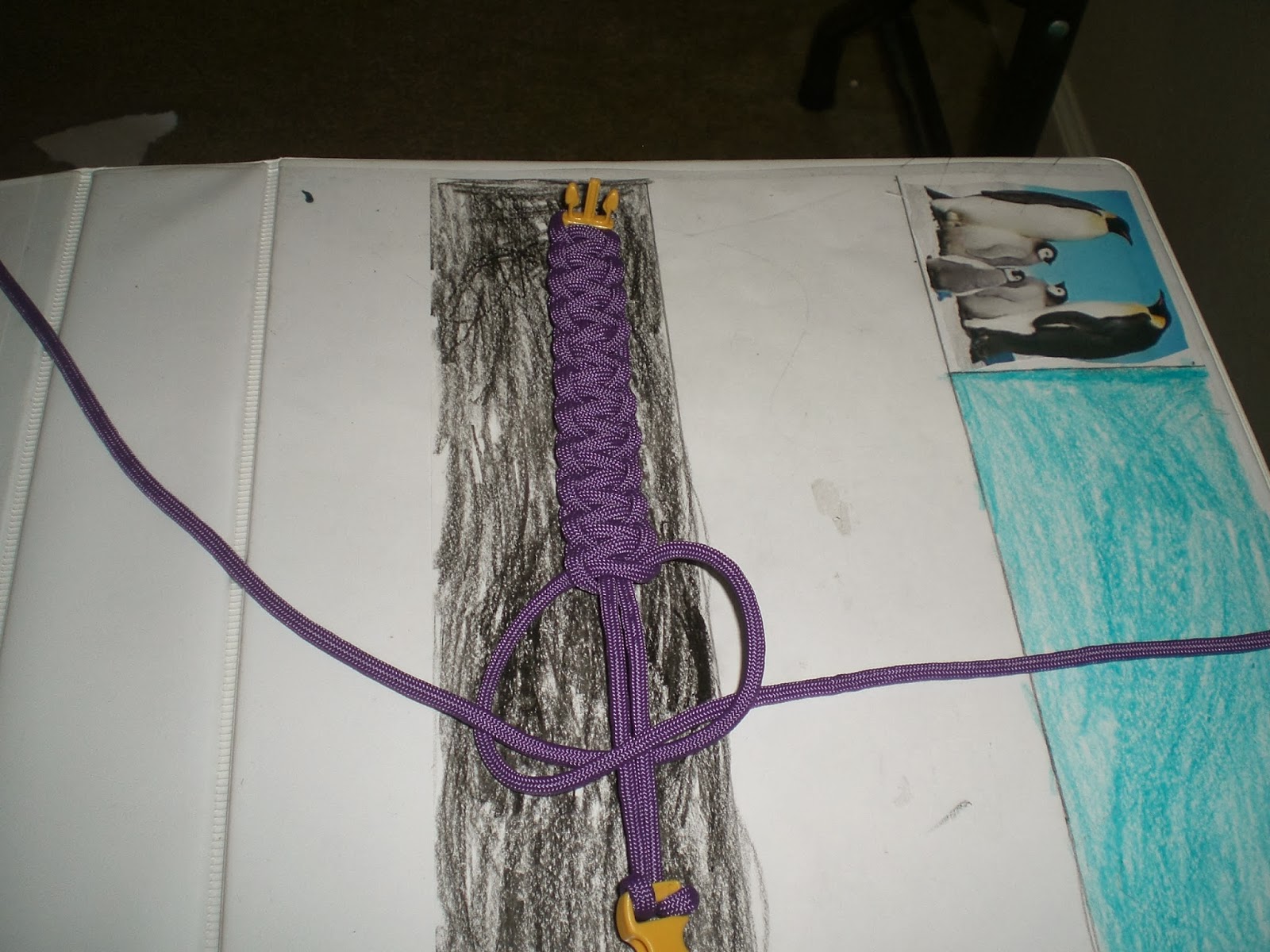 He quickly learned the "cobra weave." 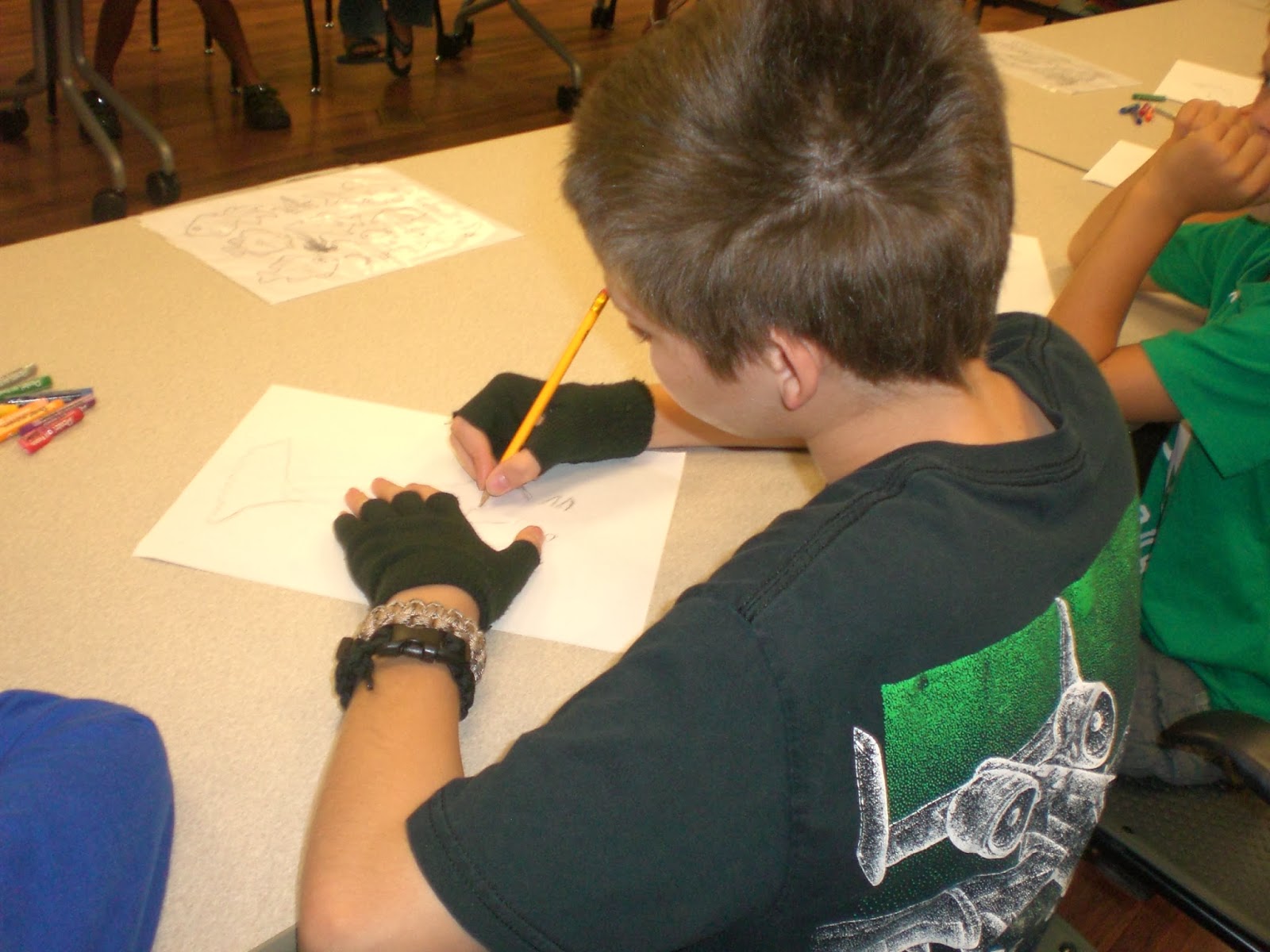 If you notice, in may of the photos I've shown of Eli since then, he's wearing one or more of his creations. 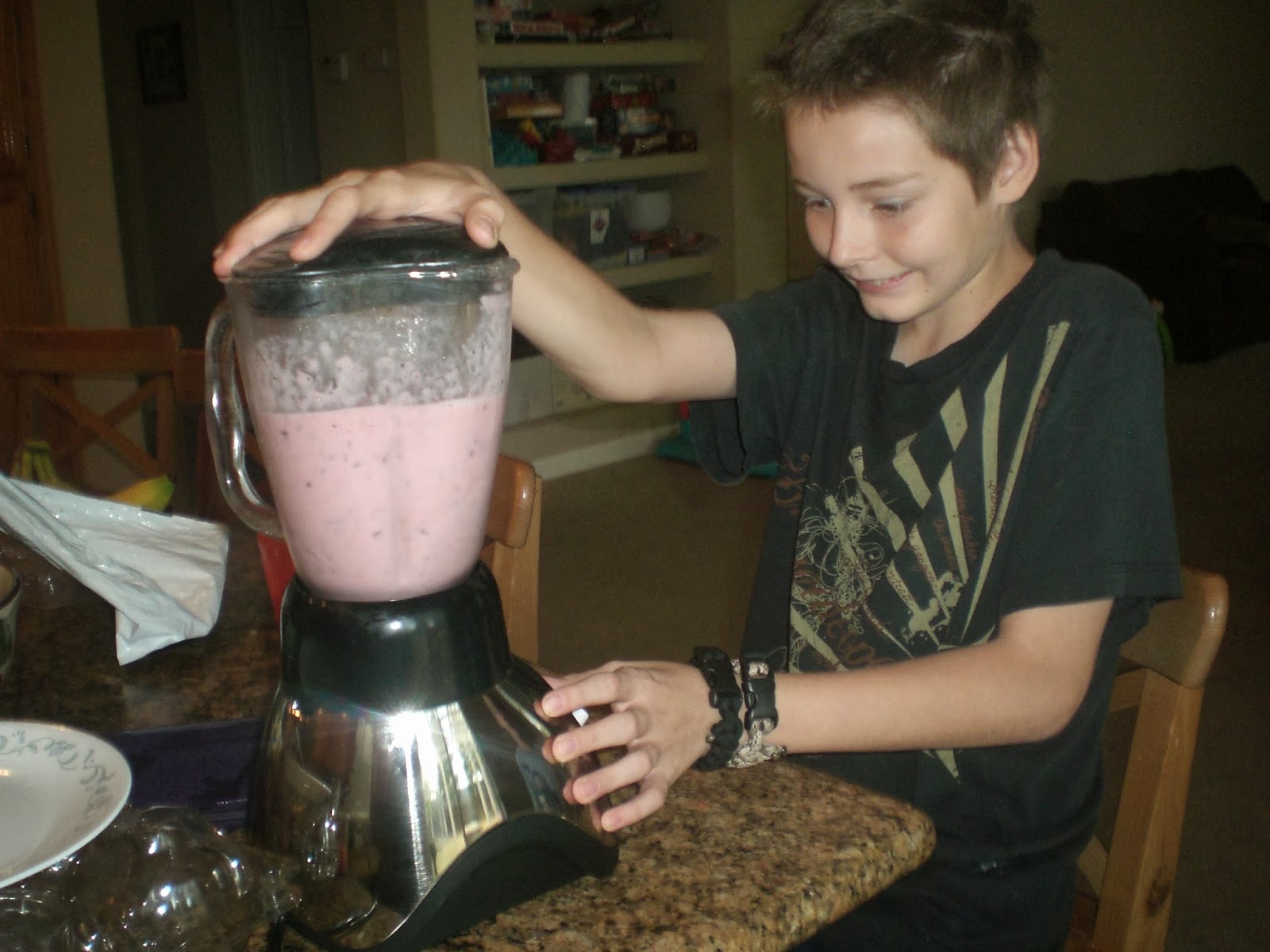 It was a little weird when I went into the drugstore to buy him lighters.  First of all, I'd never actually bought lighters before, and anything you have to ask for behind the counter feels vaguely contraband.  Secondly, um, well, buying lighters for a 12 year old seems to be one of those things most people would frown on.  Homeschoolers.  We're such rebels! 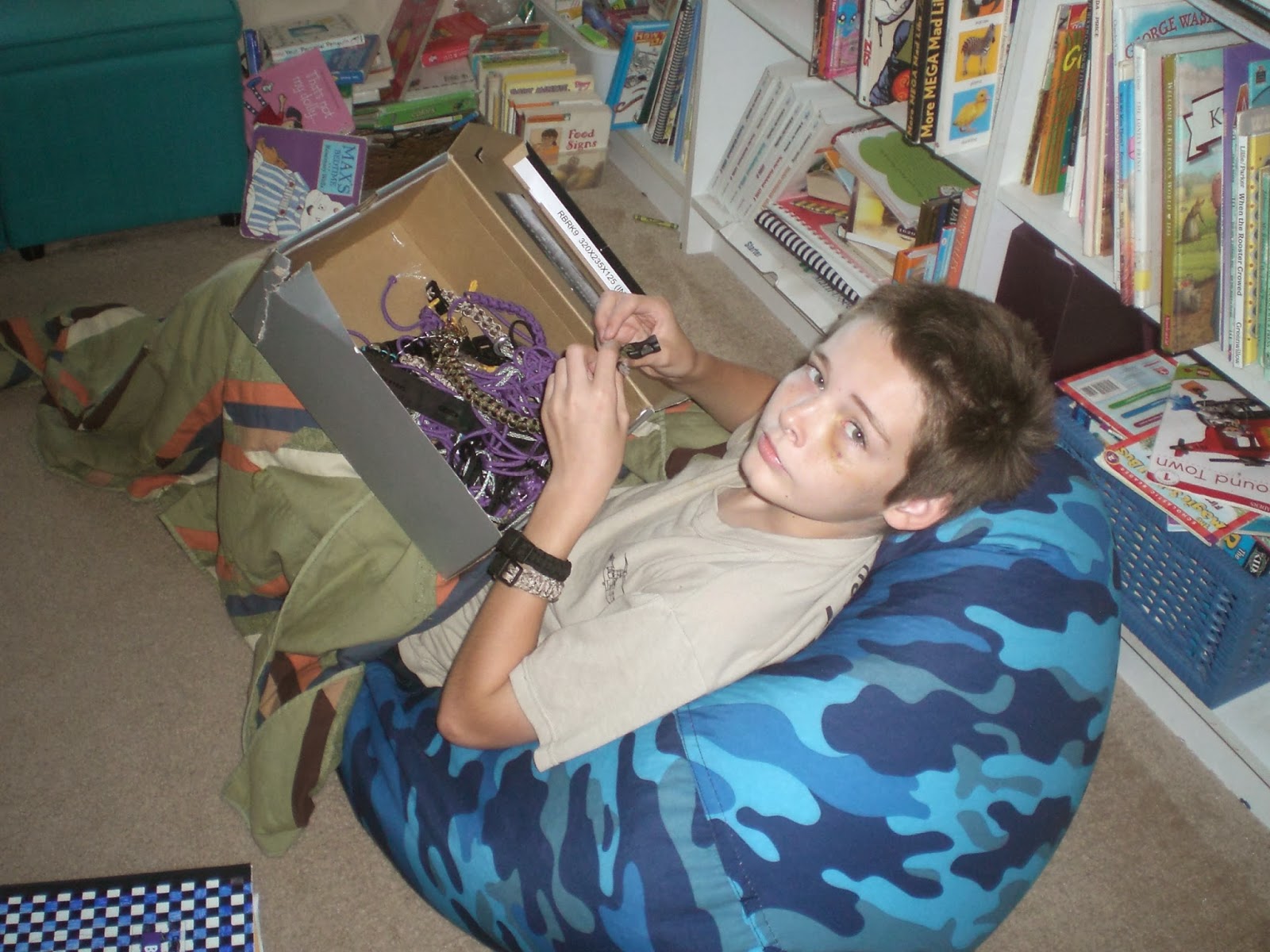 One of the great things about this new hobby of his is that it gives him something to keep his hands busy while I read aloud during school time. 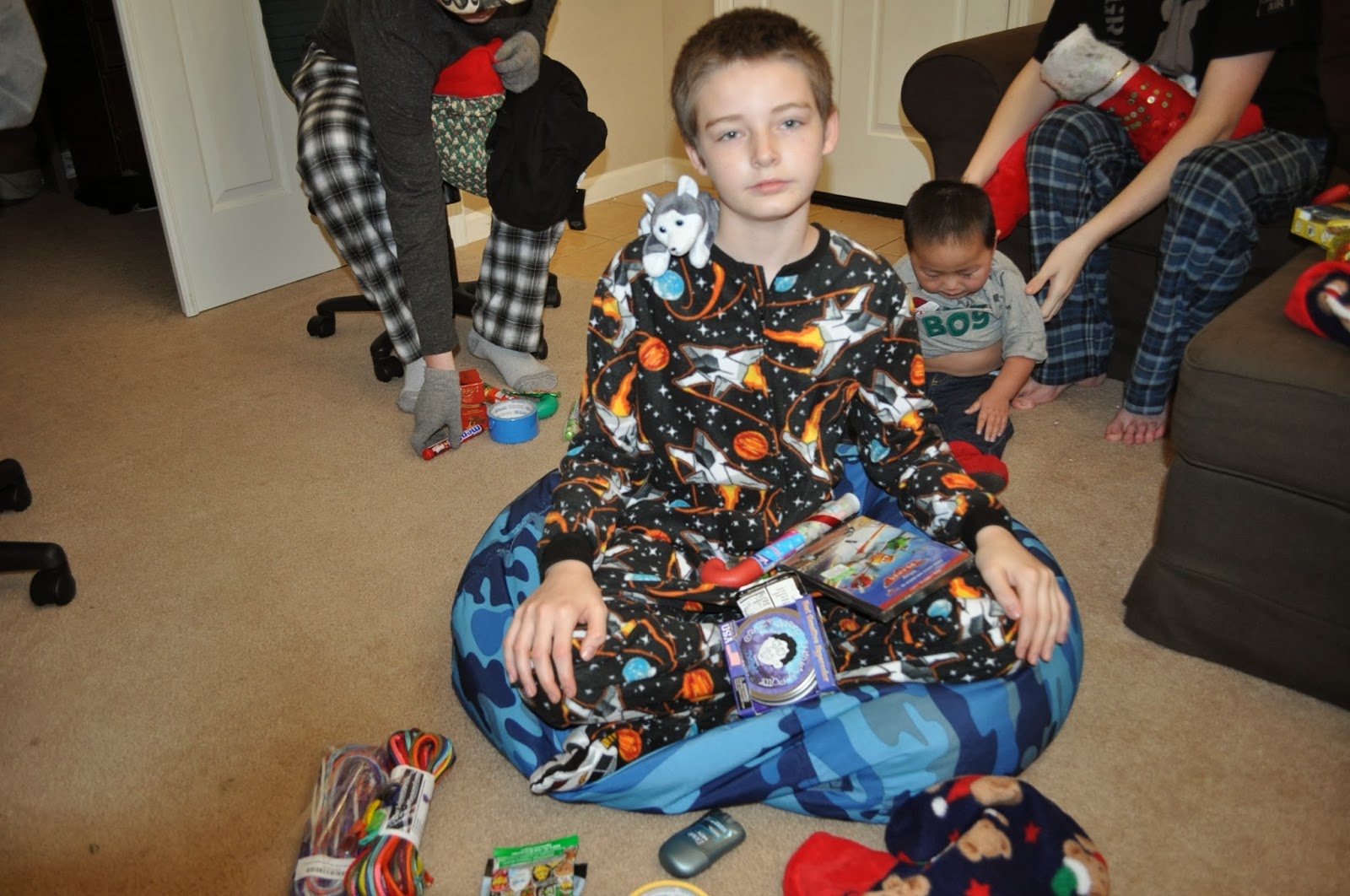 You can see in the lower left of this picture that he received more paracord in his stocking. 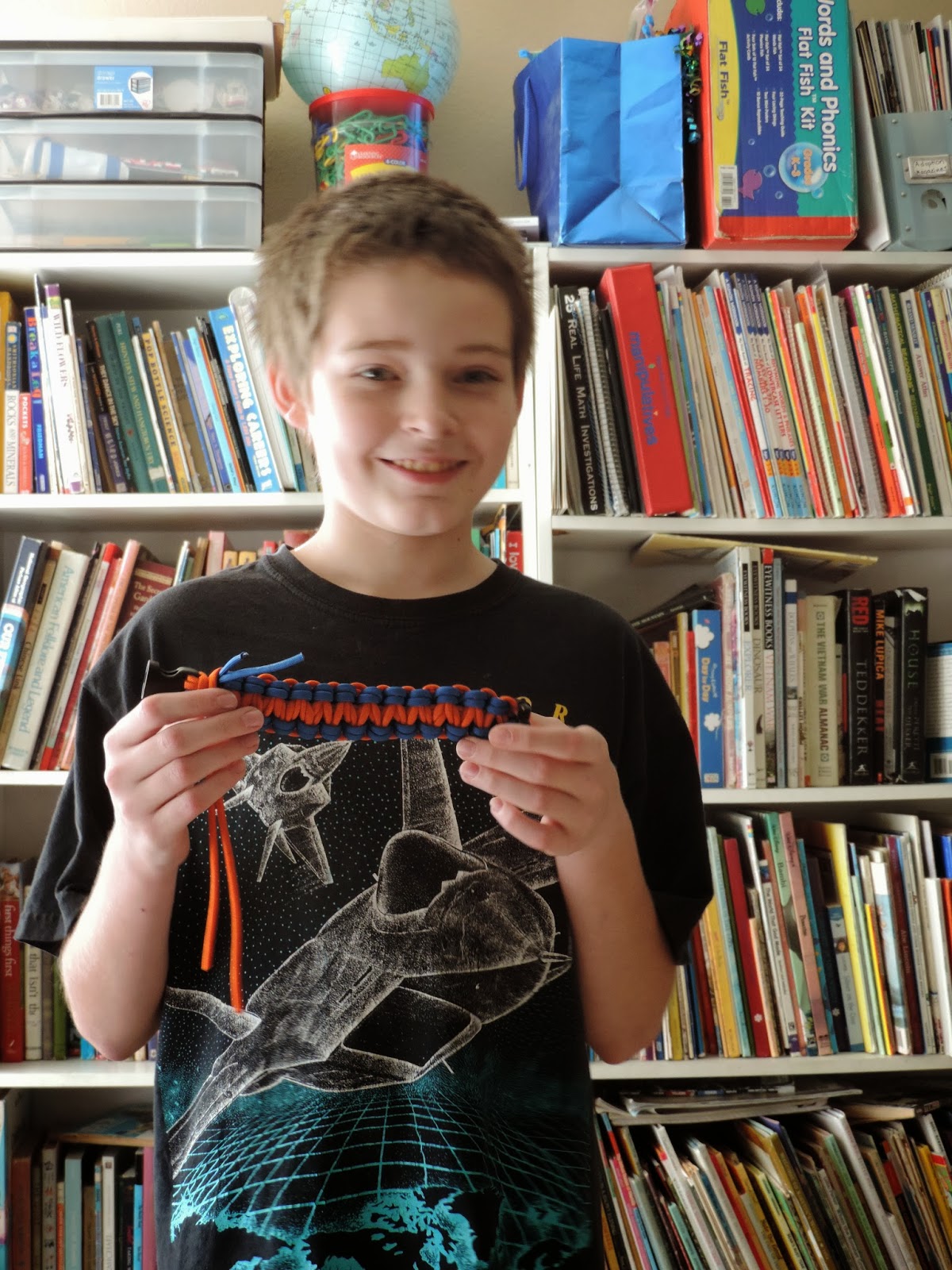 This creation is a super sized thick bracelet. 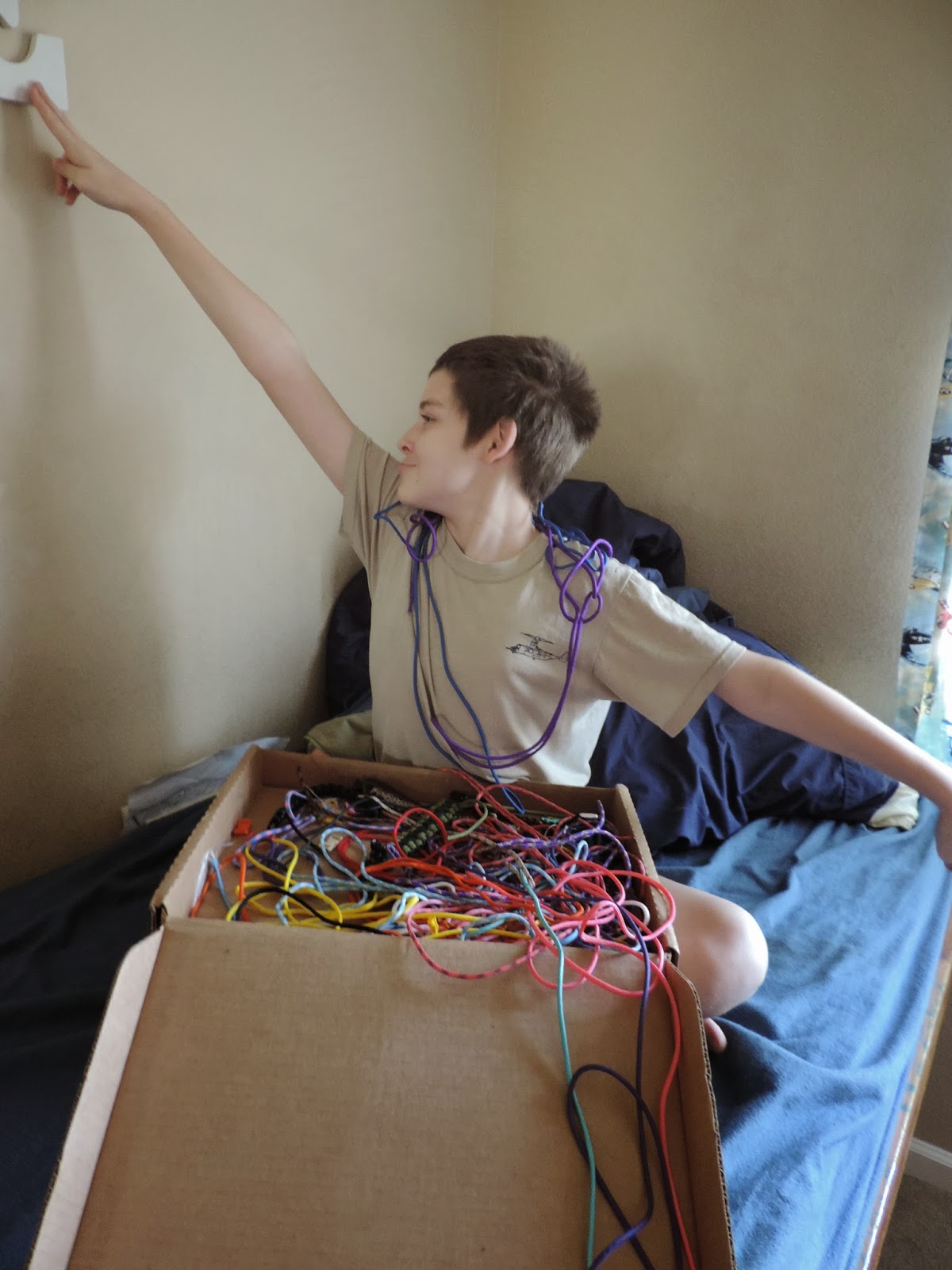 My silly boy with his exploded box of paracord making supplies. 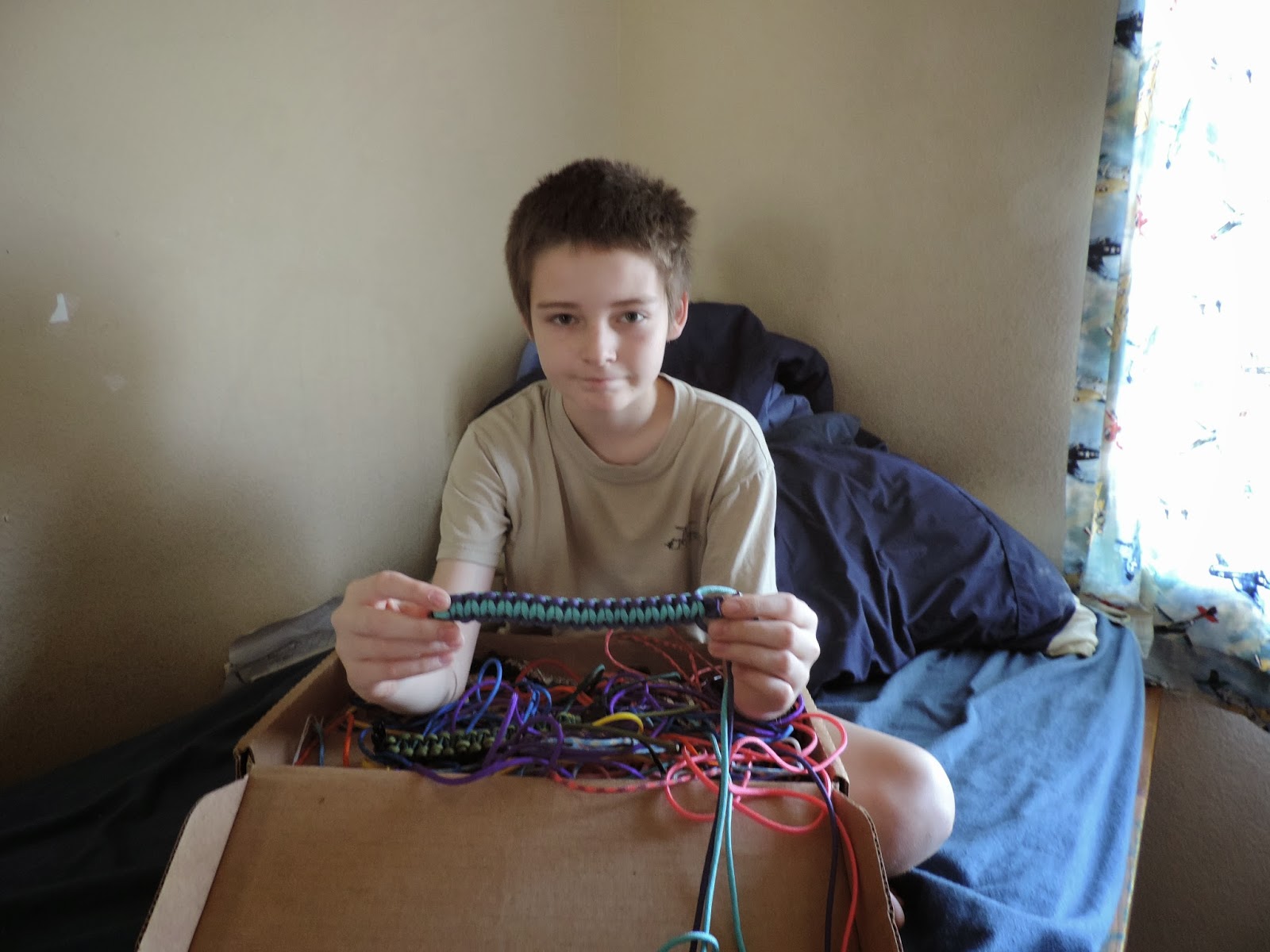 And this is one he made for me.  It's turquoise and purple. 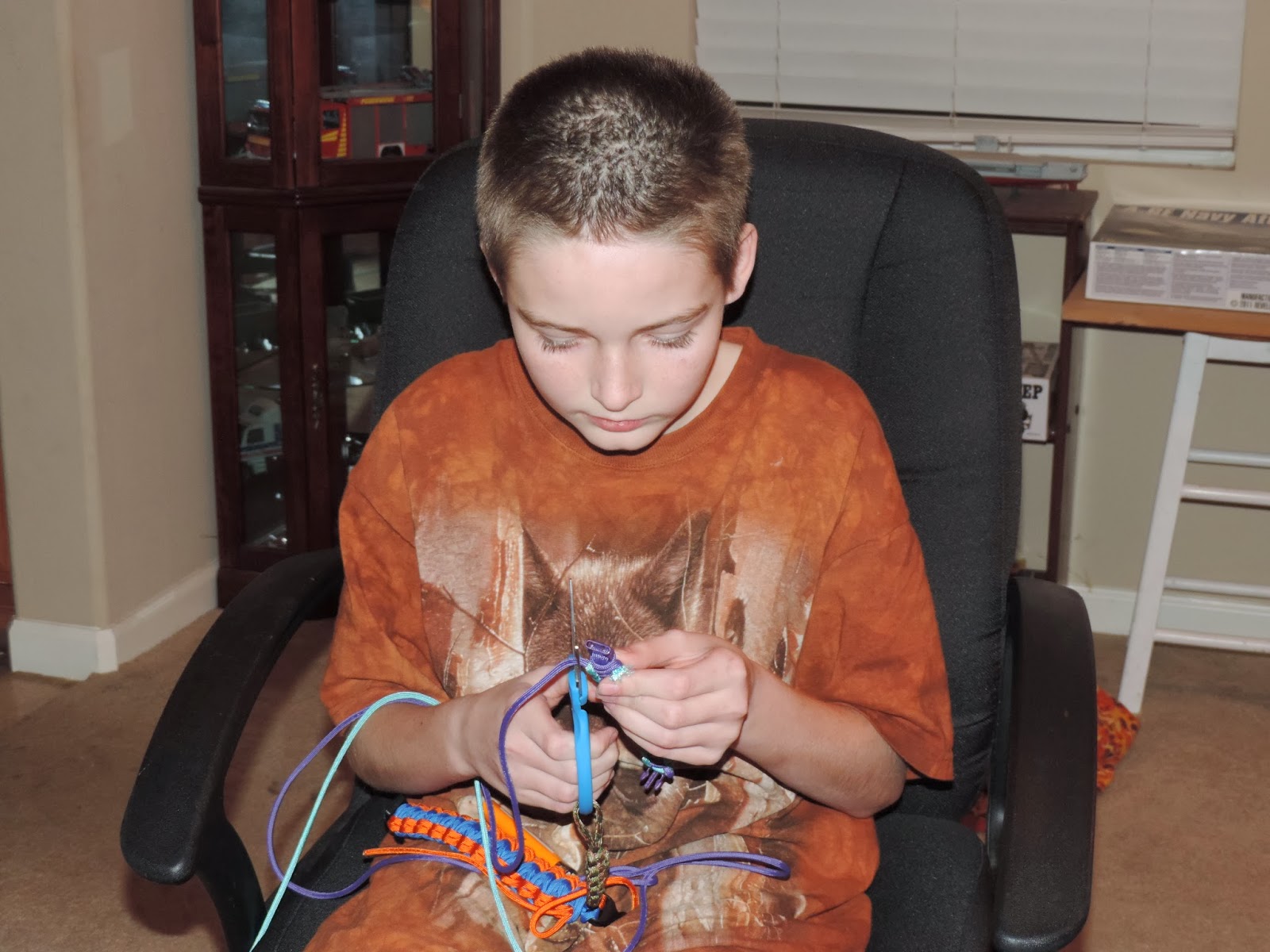 Here's he's cutting the tails off it, after test fitting it. 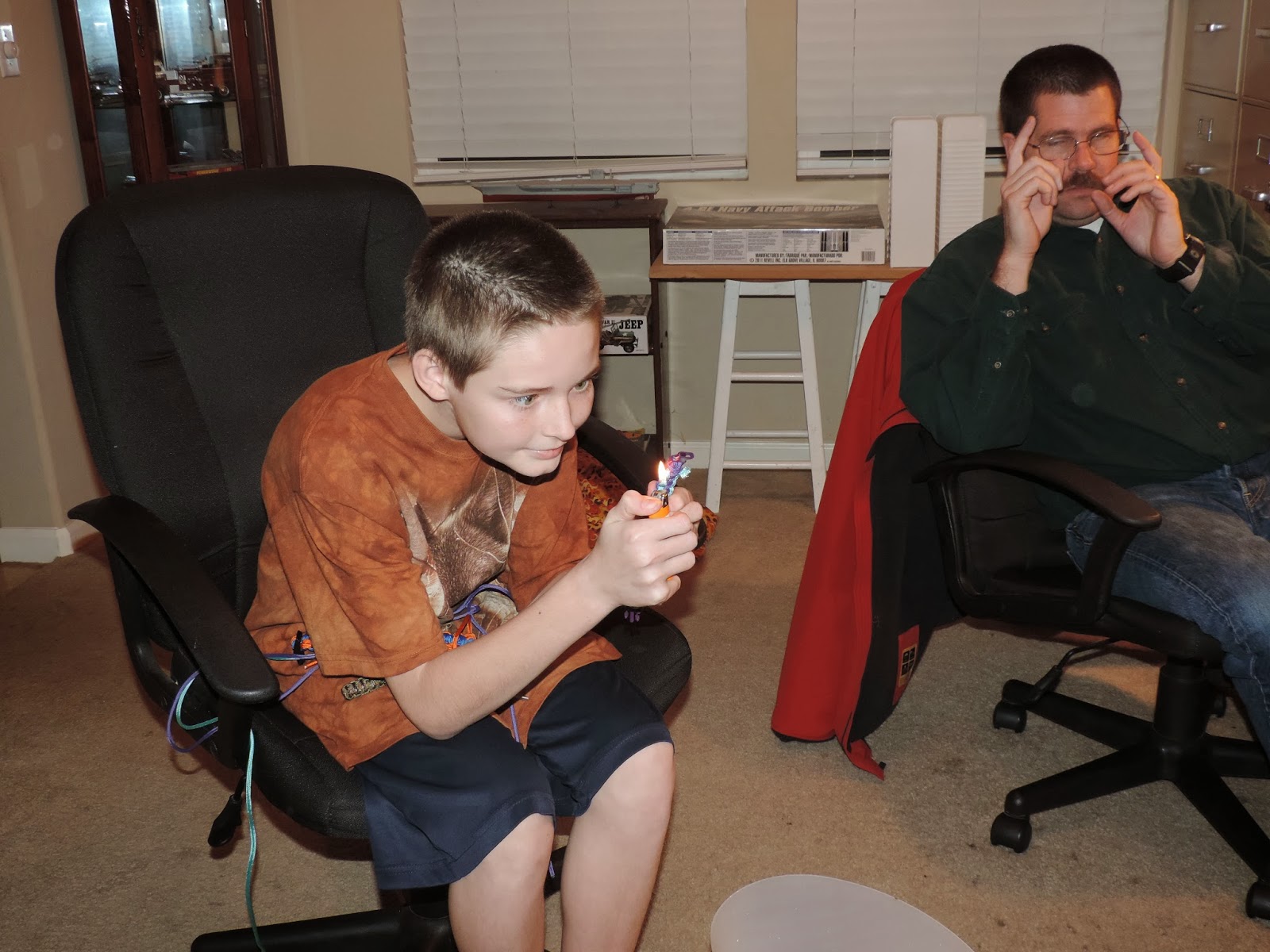 And here, he's using the lighter to melt the ends. 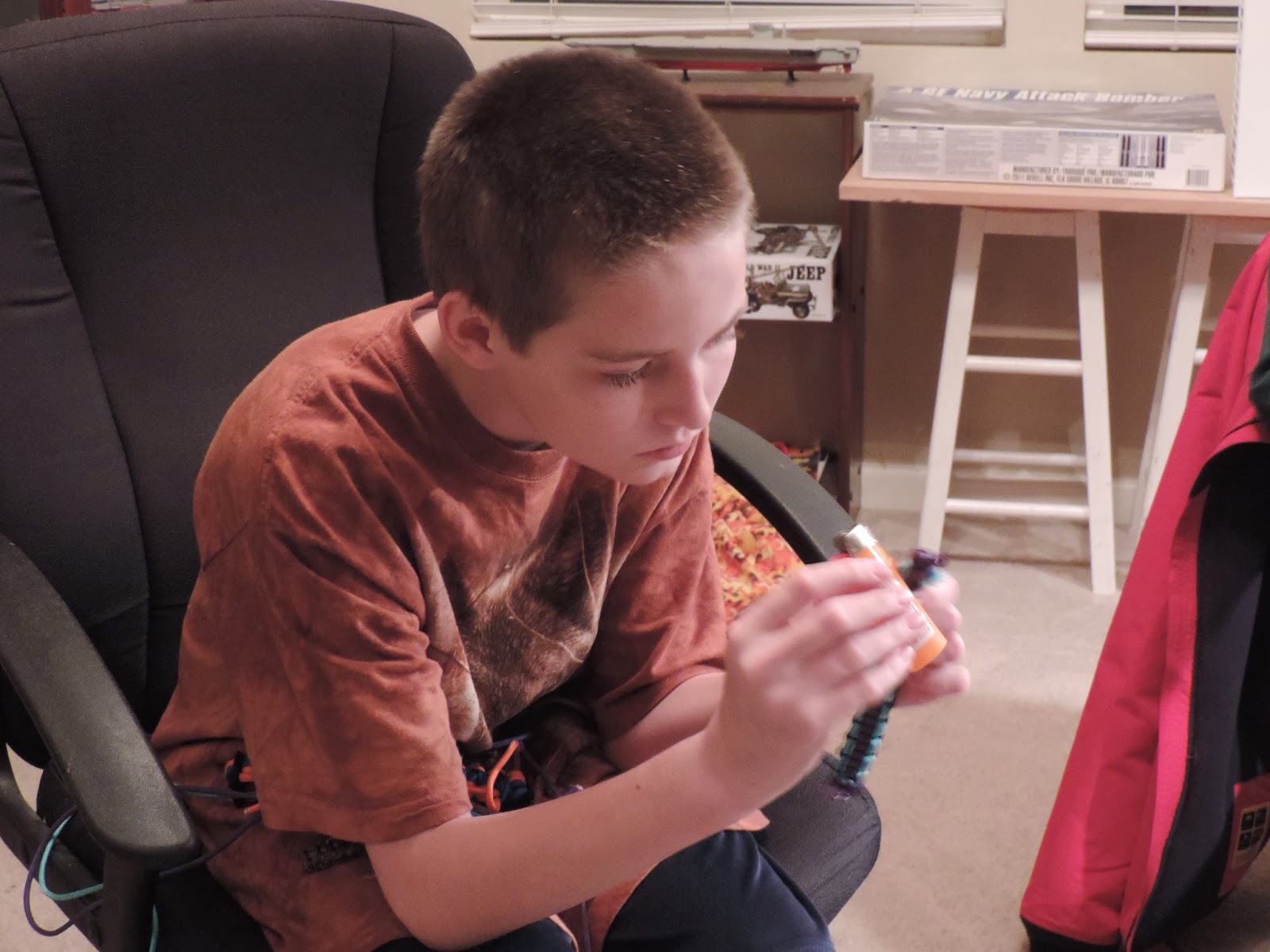 You then press the melty part against the side of the lighter to shape it while it's drying. 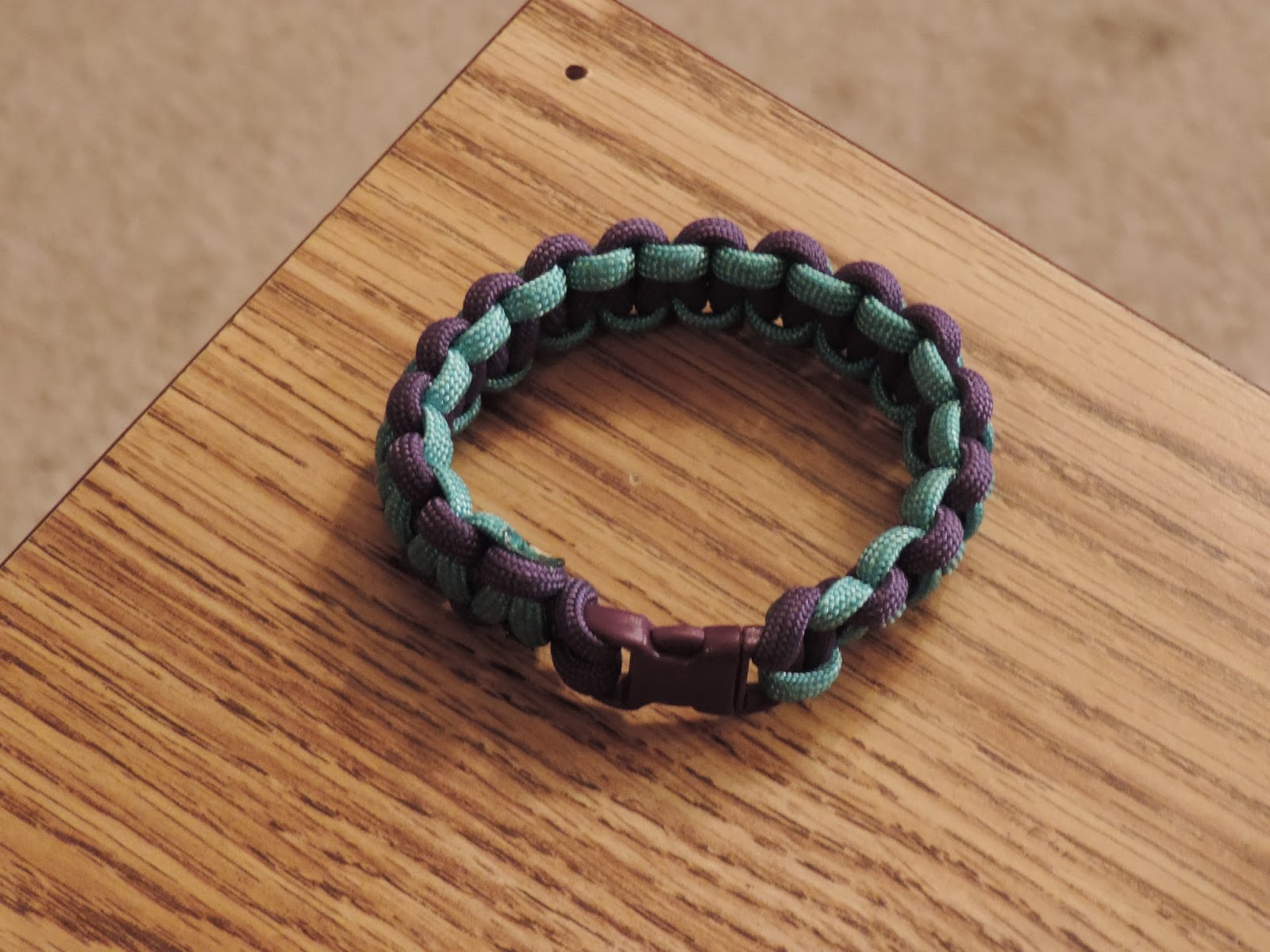 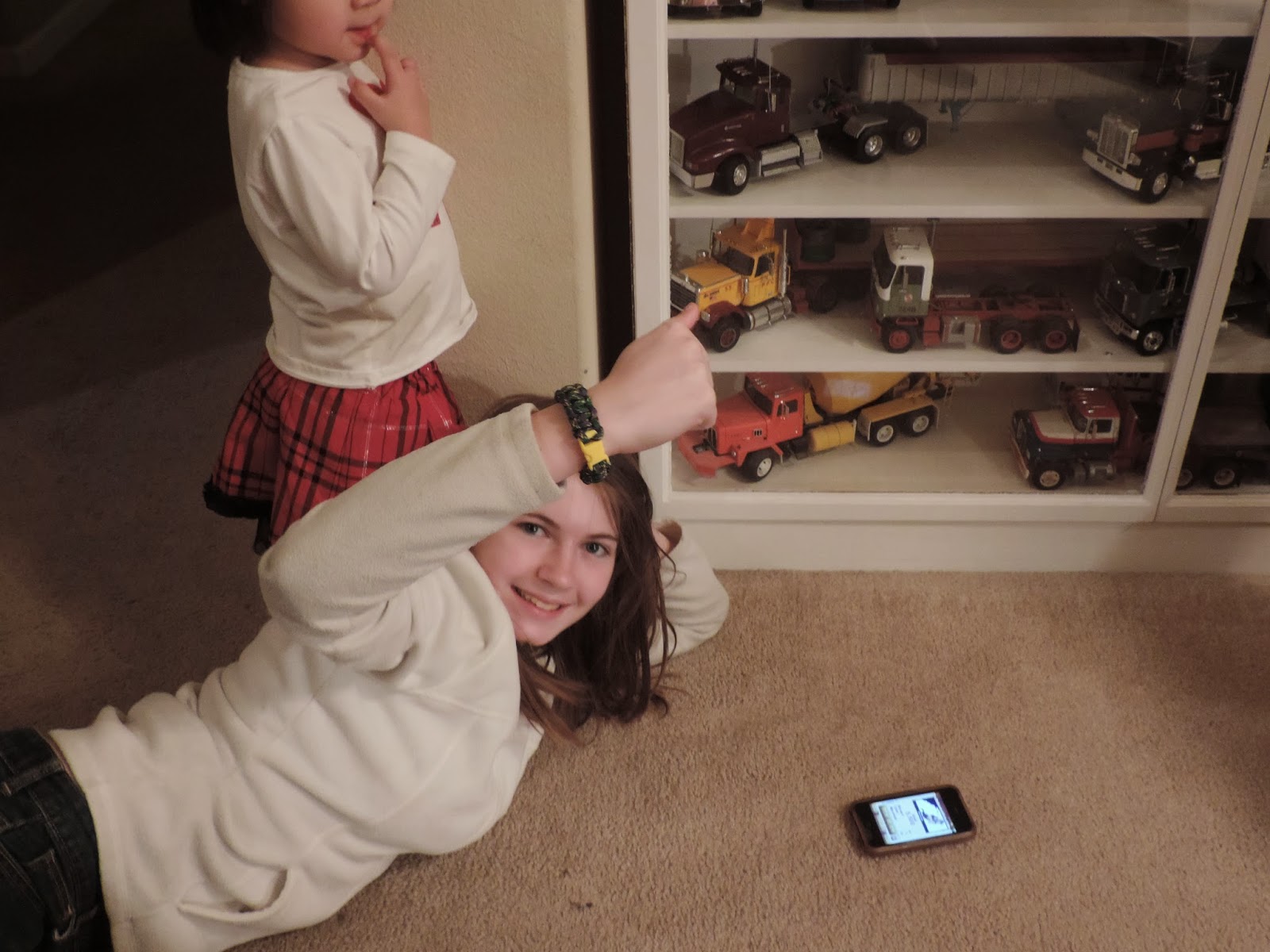 And here's one he made for Brianna. 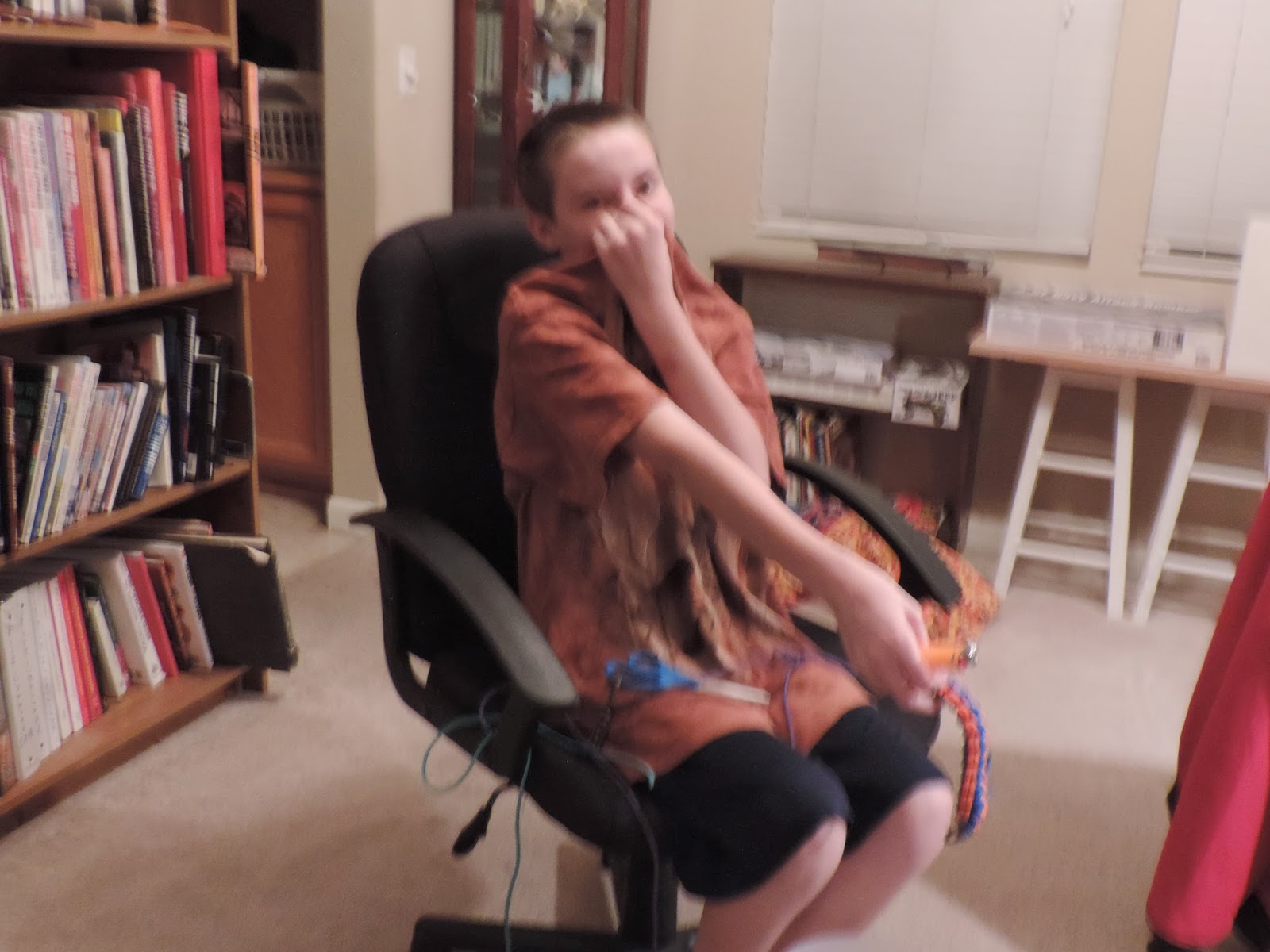 Melted paracord is kind of stinky. 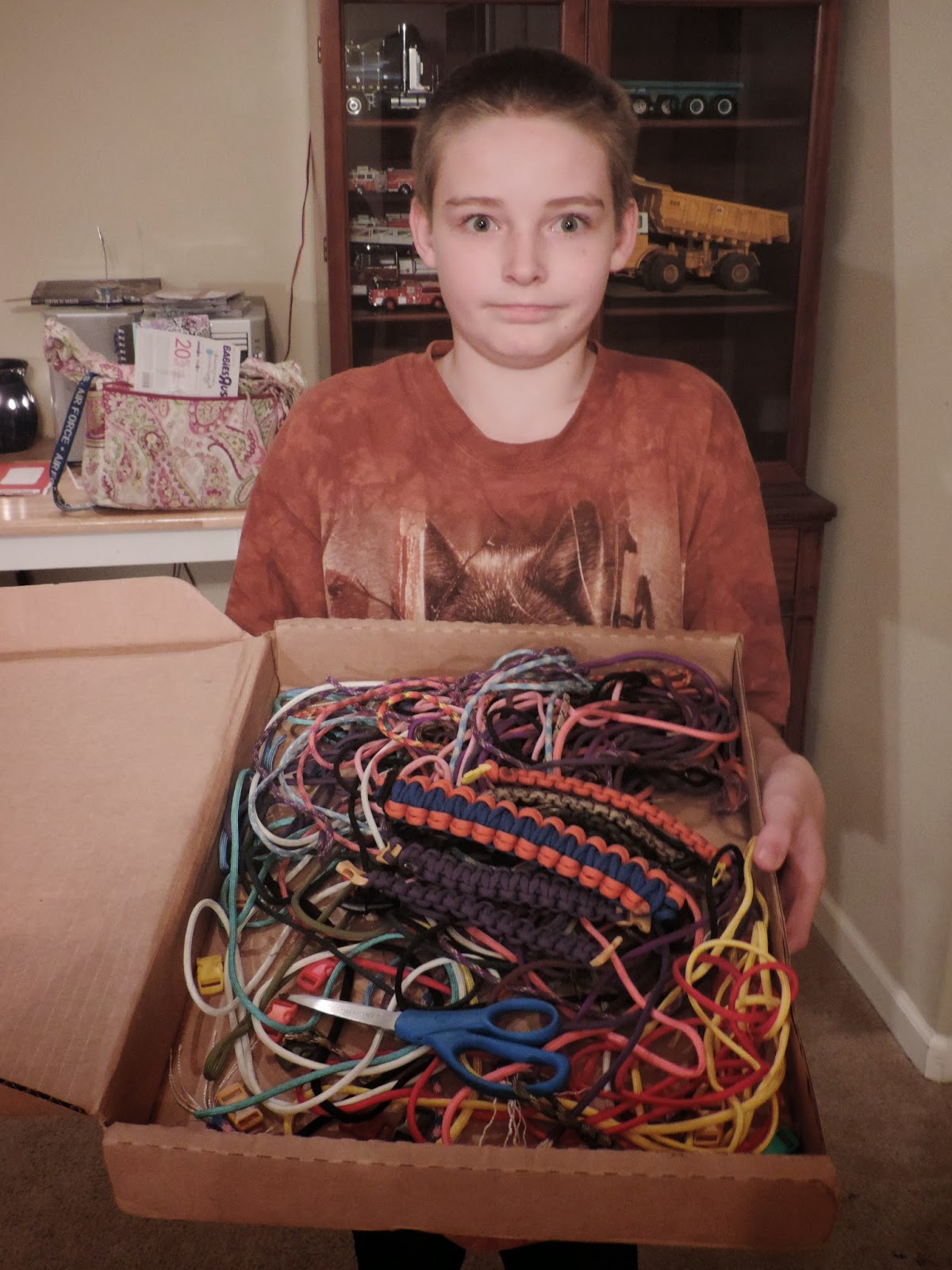 I love that he's found a craft that he enjoys and I will happily support it as long as he remains interested in it.  The variety packs of colored paracord with colored buckles, can be found here on Amazon 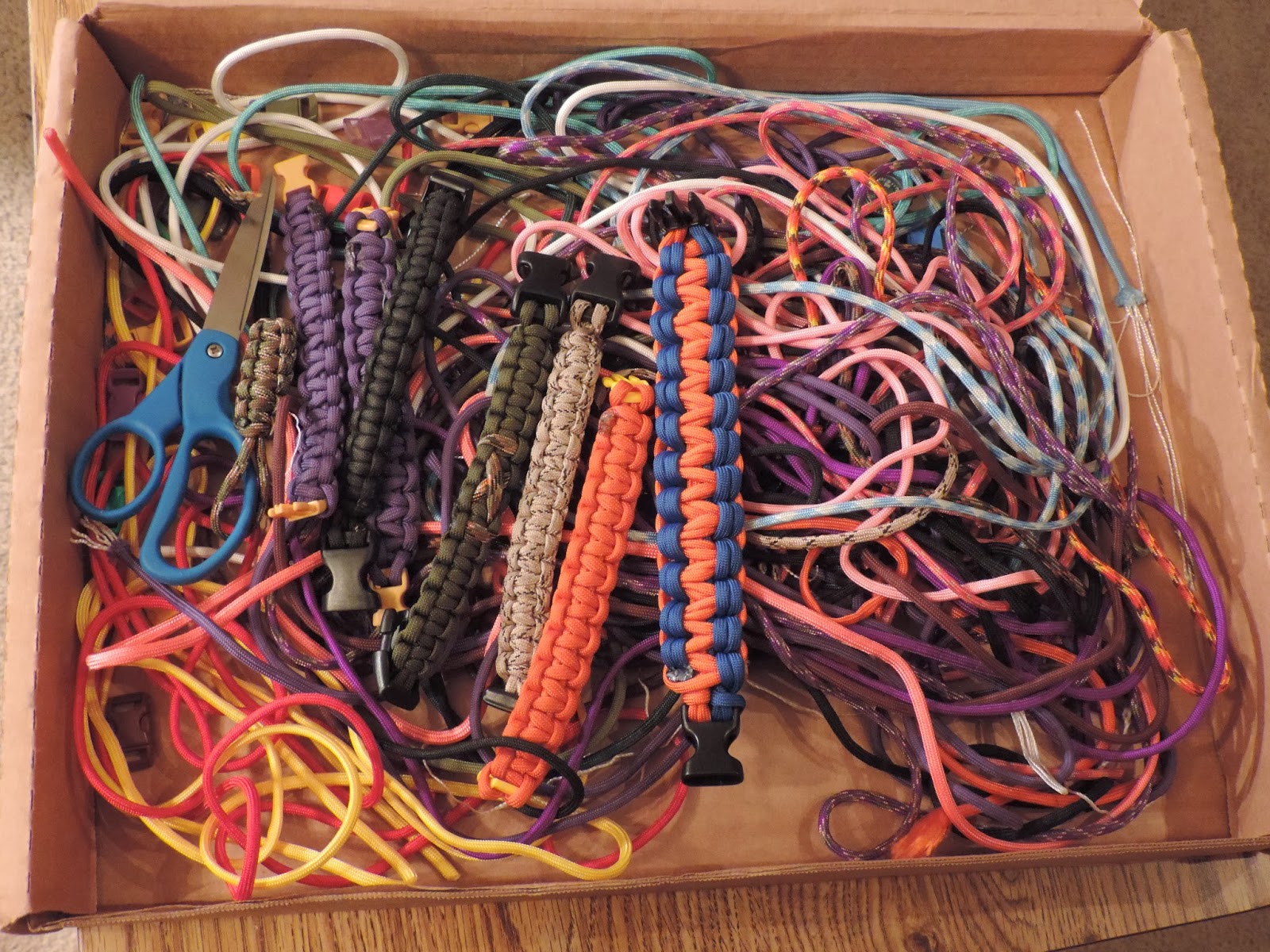