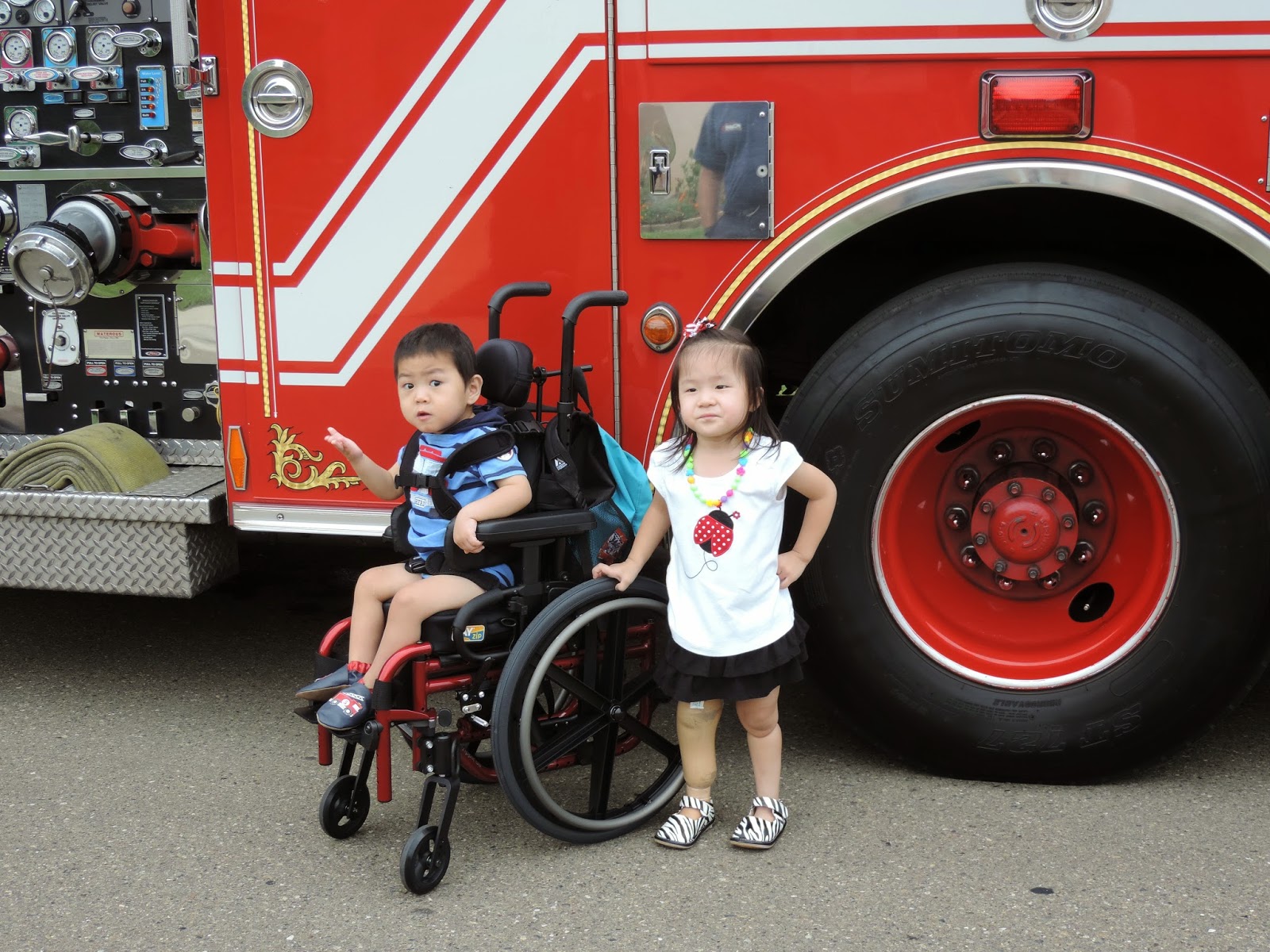 We recently had Neighborhood Night Out, and I thought I'd share some pictures.  Even though Daddy is a Fire Captain, fire engines are still pretty cool for the younger kids.  The older kids are So Over them. 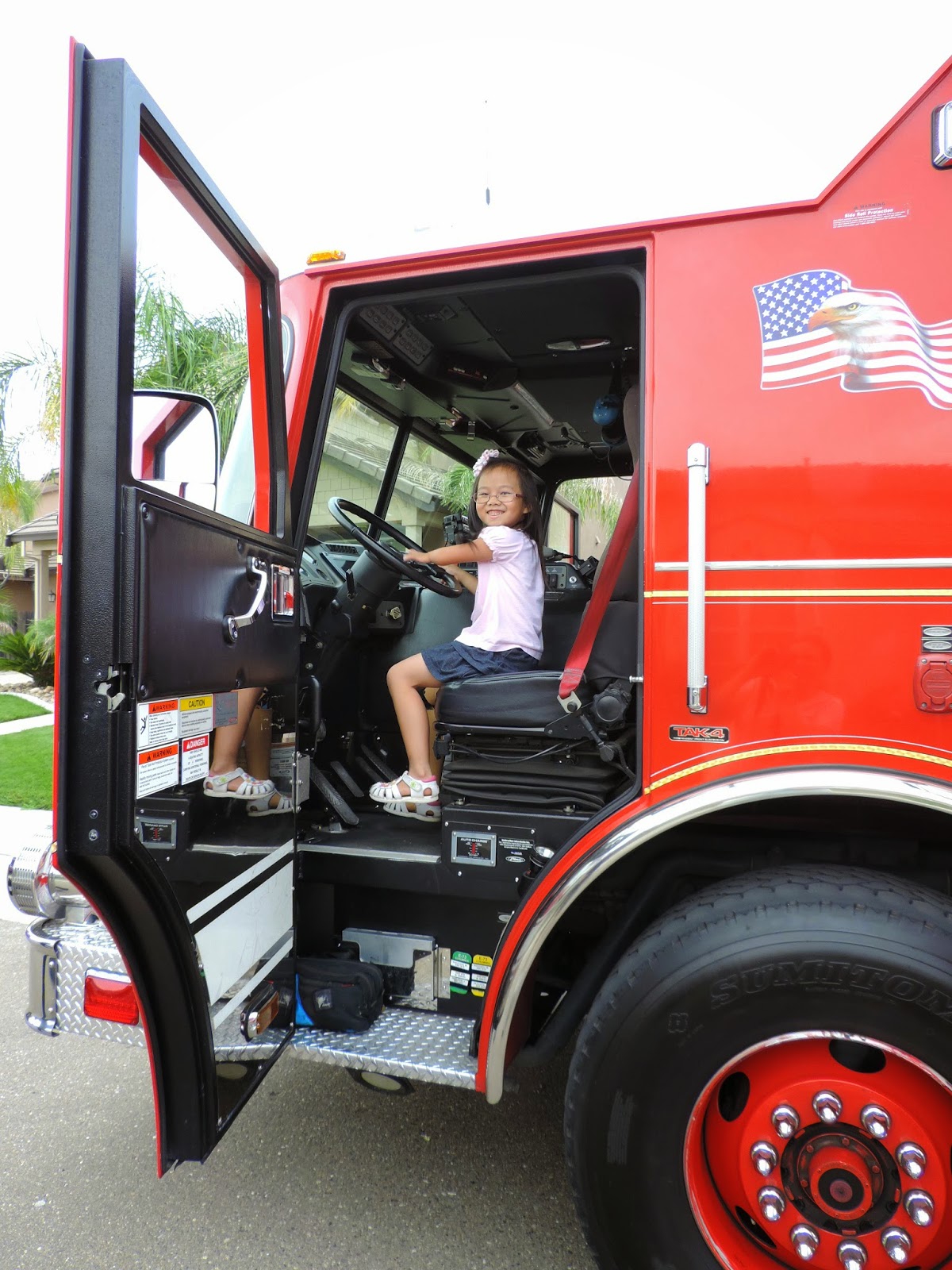 I have pictures of all our kids in this same pose in various cities' fire engines over the years.  Actually, a significant number of our family pictures have been taken with fire apparatus. 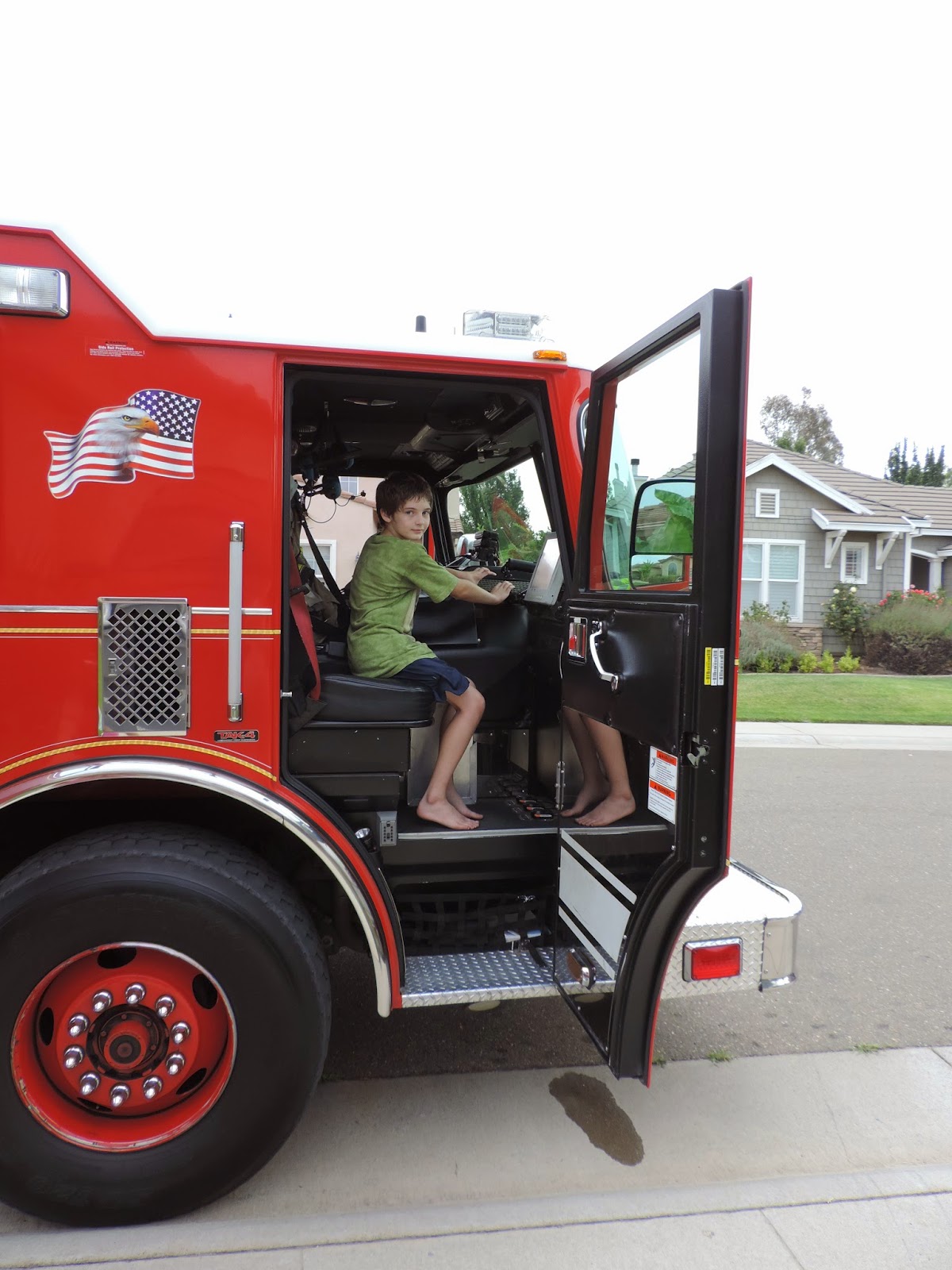 No, my son isn't wearing shoes.  This neighborhood thing was the sort of event where you open your front door and there everybody is.  I guess he skipped the shoe part. 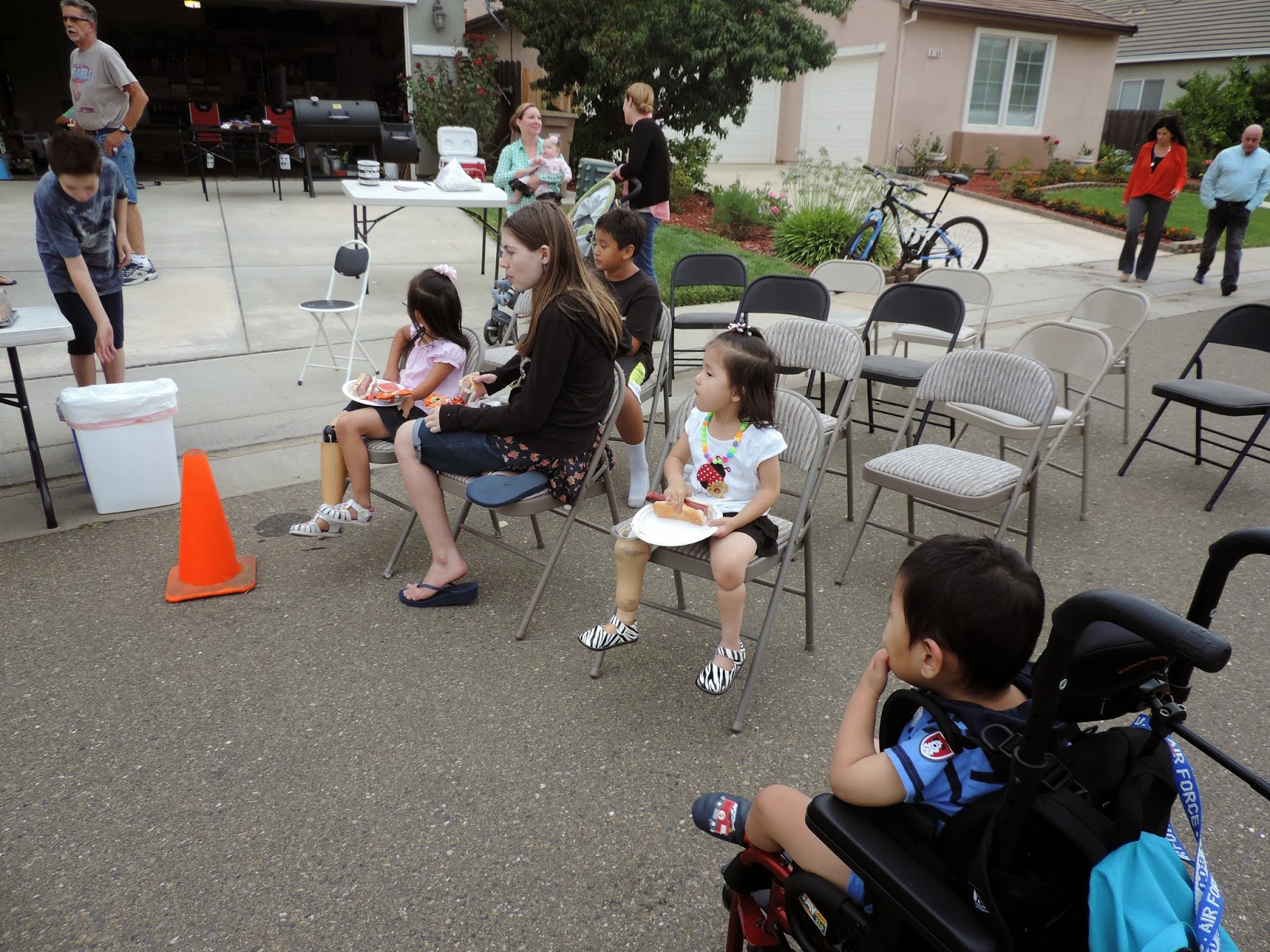 The kids enjoyed hot dogs and cookies and chips.  Paul made a vat of potato salad to share. 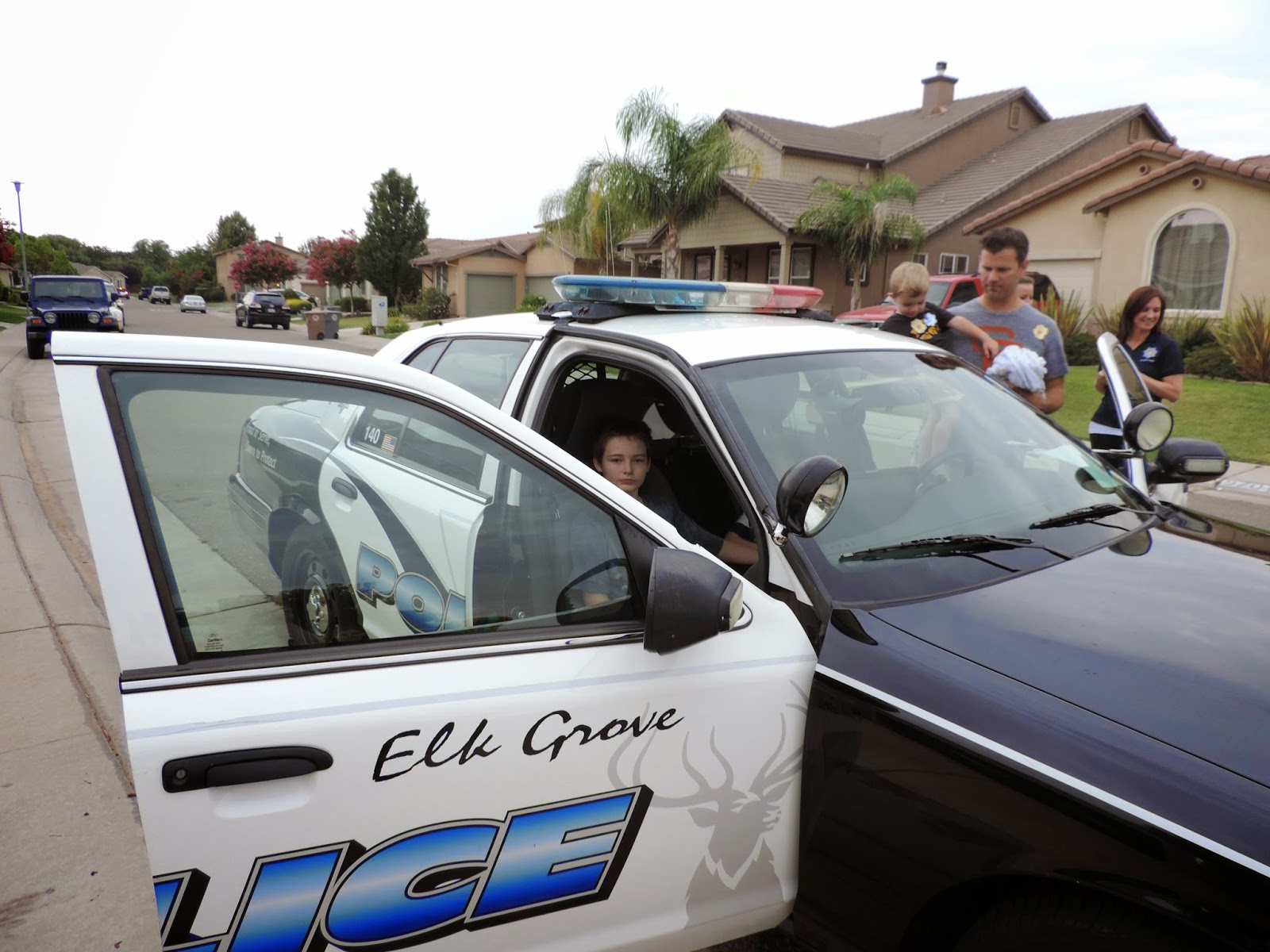 Eli in the police car.  Brianna told me, "You should have seen Jack's face!  He lit up with excitement when the cop car pulled up, and then crumpled when two GIRL cops got out."  LOL! 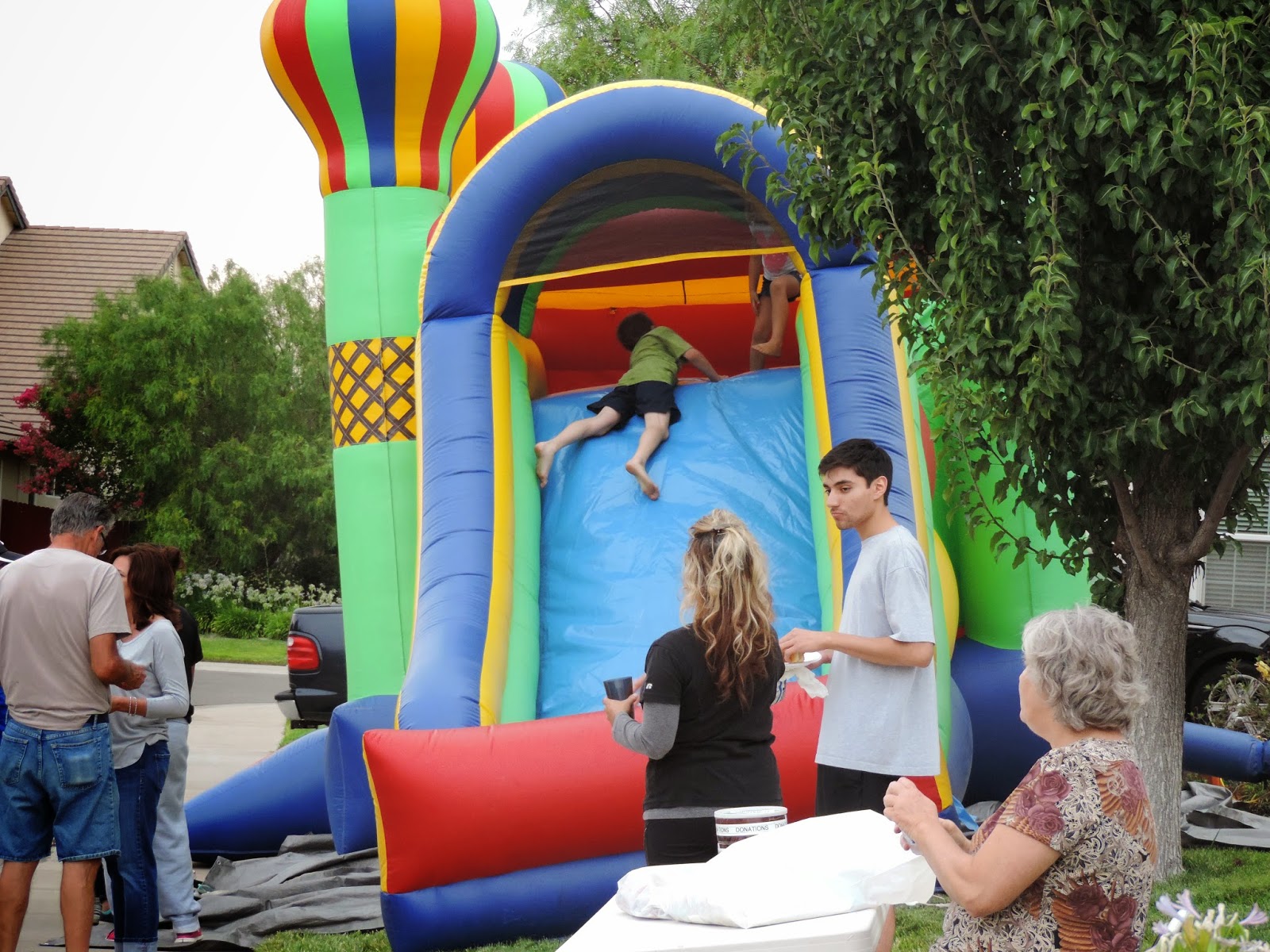 There's Jack in the jumper.  It was a lovely evening, and our first time really using Luke's wheelchair.  The neighbors were very accepting of him.  I had to walk away with him when the neighborhood captain started sharing news and such with the group, because he was losing it, and I didn't want other people to be unable to hear. 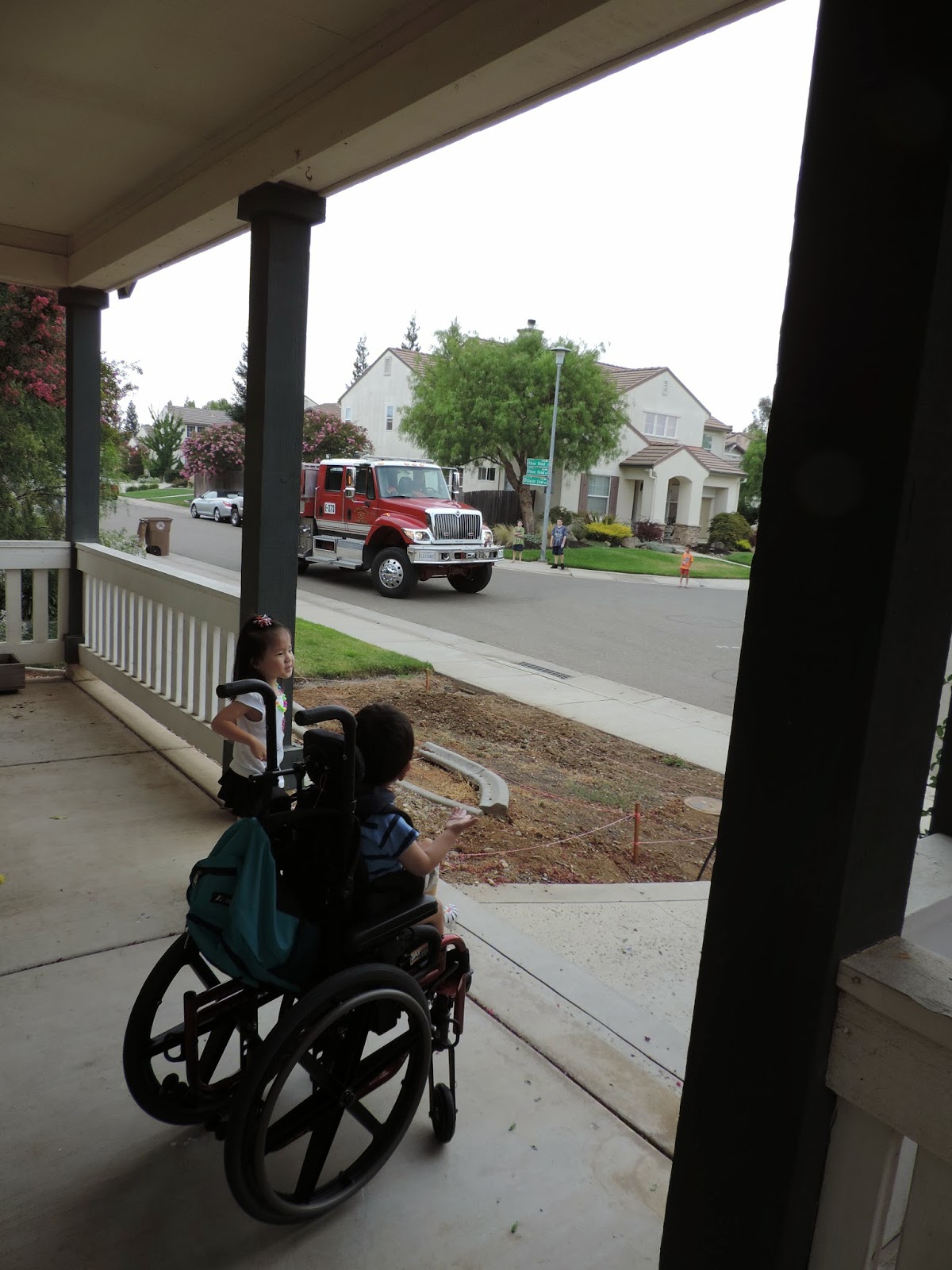 It was really nice getting to meet some of the neighbors I didn't know, and getting to chat with some of the ones I do know.  The family across the street that we car pooled with last year is expecting their exchange student back any day now.  She's from China, and I really liked getting to know her last year.

After being kind of a hermit this summer, it was a good reminder that life exists outside my 4 walls.  And I need to get out and be a part of it again.