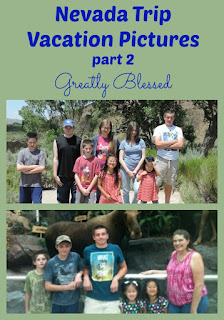 I'm back with the rest of the photos from our trip.  I took a lot less pictures this year than I did last year.  If you missed part one, you can see those pictures here. 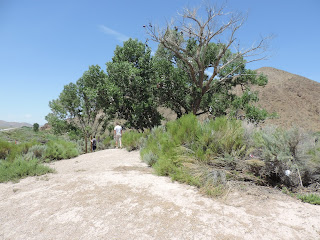 Remember Shoe Tree?  It's basically a wide spot in an otherwise uninteresting road with dozens, if not hundreds, of pairs of shoes thrown up into it. 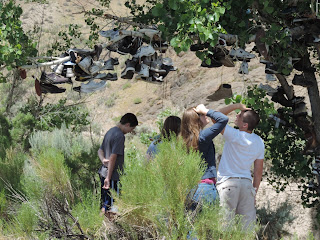 At one point it was cut down, but many of the shoes migrated to a new tree. 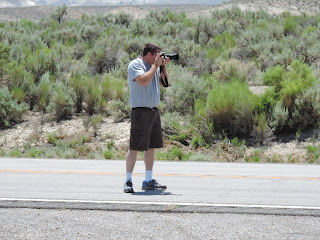 Paul took pictures of the nothingness in either direction.  Notice he's standing in the middle of the road.  You could literally lay down in the road, if you were so inclined.  I think one vehicle passed while we were there. 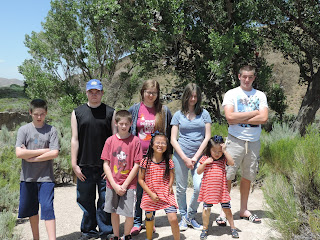 The annual, "Okay, everybody get together for a picture!" picture.  It's hot, the sun is in their eyes, and they're not feeling very cooperative.  Believe it or not, this is the better of the two shots I got before one kid walked off.

Speaking of pictures, I had planned to recreate the great family picture that Abby took for us last year when we were all in our flag shirts.  I brought flag shirts, but 1) I got a lot of attitude about wearing them (not just from the kids, either), and 2) it was raining the morning we were going to wear them.  So, no family picture.  I was a little bummed.  Last year's picture turned out so well that I blew it up and hung it on the wall.  I was hoping to make a new blog header with this year's picture. 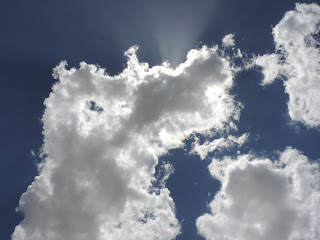 The clouds in Nevada were gorgeous.  Rorschach would have a field day with us, as the kids and I were pointing out all sorts of interesting shapes in the sky, from aircraft to dragons, to a squirrel tea party, to an alligator. 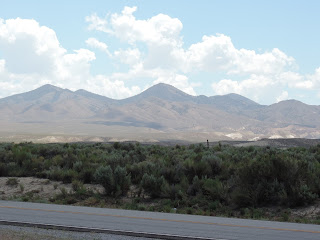 You can see how amazing the cloud shapes are. 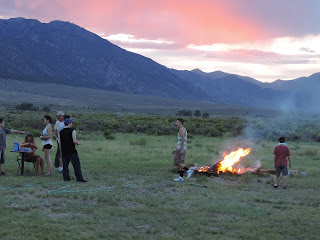 And in the evening, those clouds brought us the most beautiful sunsets! 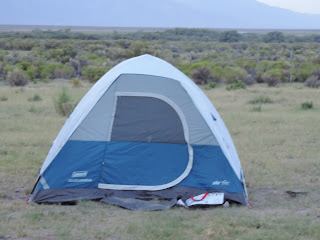 This tent was Jack & Eli's. 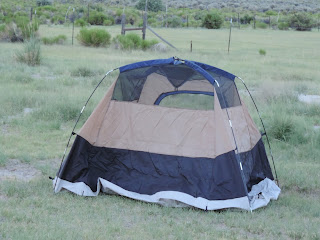 This tent was Sam's. 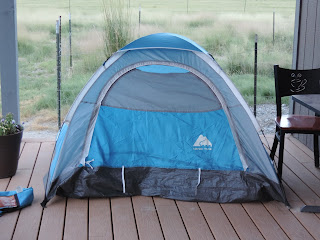 And this tent was Brianna & Abby's, or "Abbianna" as they're known as a unit. 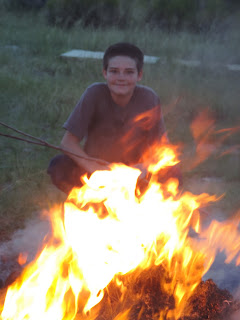 I was curious to see what the camera would think of fire. 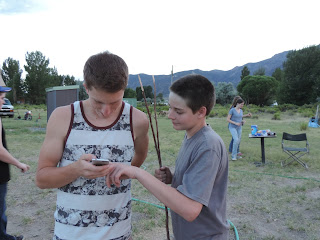 This is Eli checking out something on my brother Joel's phone. 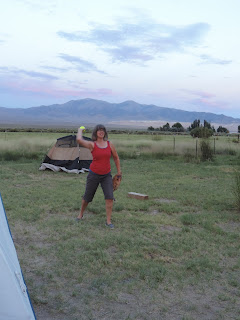 And Buddy, my step mom, pitching... 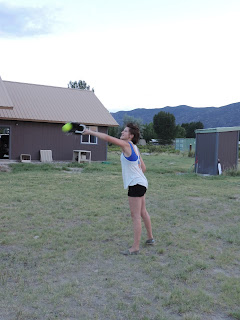 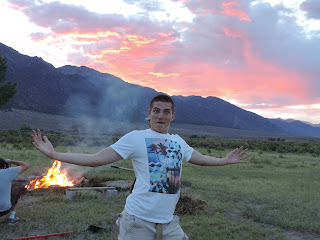 Amy is 4 months younger than my Sam (who is her nephew).  They have a great time together. 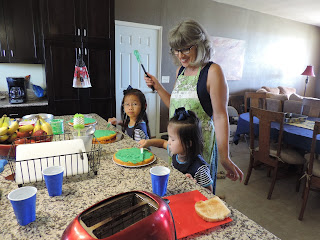 Hannah and Katie got to help Buddy bake and frost a cake.  We laughed about the yellow cake with green frosting not being the most typical color scheme for Independence Day weekend. 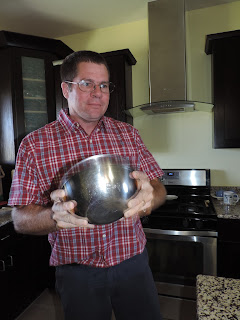 Paul made his super yummy enchiladas while we were there.  It's a family recipe he grew up eating, and they're fabulous.  He's a great cook. 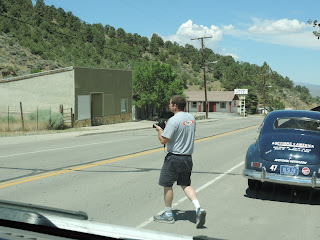 On the way home, we stopped briefly in Austin so Paul could take a picture.  Austin, NV is not the thriving metropolis that Austin, TX is.  It would be a "blink and miss it" town if it were on straight road.  But it's actually in the middle of quite a twisty, mountainous part of the trip. 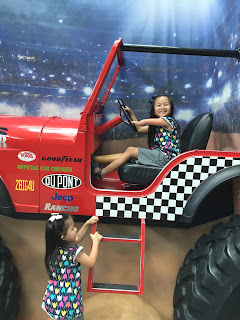 In Reno, we stopped at Scheels for a break from the long car ride.  I had never been to Scheels before, but some of the kids had.  It's basically a department store, but with a strong outdoorsy focus, and a lot of interactive features.  Katie and Hannah took turns climbing up into the monster truck. 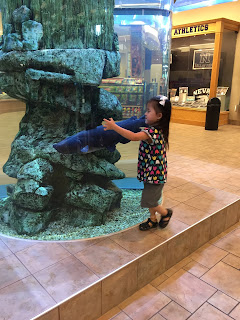 We loved the giant fishtanks!  There were 4 of these big columns, with two overhead arches full of fish. 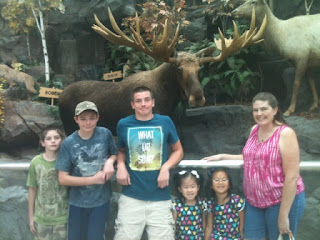 I just realized this is the only picture of me from the entire trip.

There was also a shooting game, an impressive taxidermy exhibit, a climbing wall, a slide, and a Ferris wheel.  And that's just what I saw on our brief stop.  I hear they have ice cream, too. 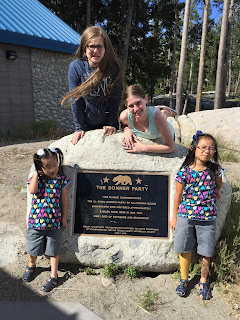 Last potty stop on the way home.  6 miles from where the Donner Party wintered.  The kids ran around a little bit, and we looked at the fish.

It was a fun trip, but it's also good to be home.