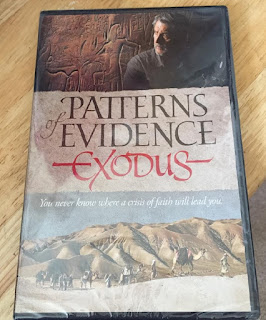 I just watched the most fascinating, affirming documentary!  Patterns of Evidence - Exodus is a film maker's look at what archaeology has to say about Biblical history regarding the events leading up to and following the exodus of the Israelites from Egypt.

It seems that in the last 7 decades or so, scientists and archaeologists have begun to doubt that the Exodus as described in the Bible ever actually took place.  The reason hinges on a verse that talks about the Jewish slaves working on building projects in the city of Ramses.  But there's no evidence to support this.

There is, however, all sorts of evidence for the progression of events outlined in the Bible happening earlier than the time of Ramses.

Self proclaimed skeptic Timothy Mahoney takes us along as he travels throughout the Middle East, and even to Europe, in search of answers.  Along the way, he talks with many interesting people, soliciting their opinions in a respectful manner, even when they do not support his hopes.

You'll want to see this DVD, I'm sure, so here's the opportunity to win a copy:

So what about that Ramses timeline dilemma?  Well, like many parts of the Bible, the book of Exodus wasn't written down as it was happening, but instead, was written down much later.  The reference to Ramses may have referred to a location rather than the Pharaoh.  Also, there is some doubt about the validity of the timeline of Egyptian history that has generally been accepted up to this point.

The long and the short of it is, I walked away from this movie reassured in my faith that the events which the Jewish people have been celebrating at Passover really did happen in the way the Bible documents.

This movie would be a great addition to a study of ancient history or modern archaeology or even apologetics. 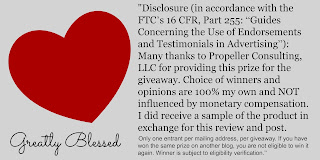