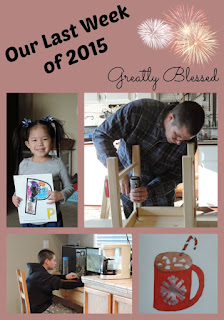 Without doing school, I didn't think I'd be taking very many pictures, but I surprised myself.  Mostly the kids are playing with new toys from Christmas, and I'm in the sewing room.  It's been nice to have a break. 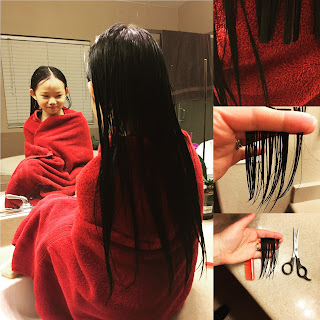 Hannah's hair had gotten super long, so I gave it a big trim.  It's much more manageable now. 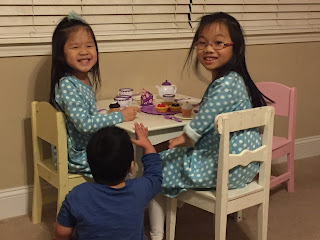 The girls were having a tea party with their new tea set, and Lukey came over to check it out.  (You can see in this picture that Hannah's still got plenty of hair.) 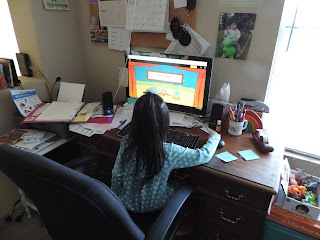 All 3 students have gotten in some computer time this week.  I like that Reading Kingdom and XtraMath are so short that they don't quibble about "doing schoolwork" over Christmas break. 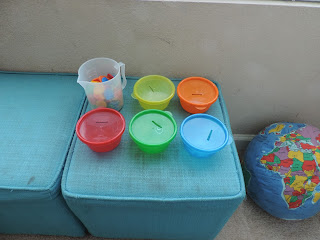 I've been doing some rearranging in the school room, and I left the button sorting activity out for Katie, knowing that she would enjoy it.  In the war on clutter, we said goodbye to the basket of board books that used to live in this corner where the globe is sitting now.  I kept about a dozen favorites, and the rest got donated.  Now that Katie is learning to read, I figured it was time. 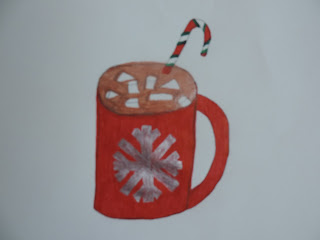 Zach and Heather gave all the kids mugs with cocoa and candy canes for Christmas.  Brianna was feeling artsy as she enjoyed hers, and drew this. 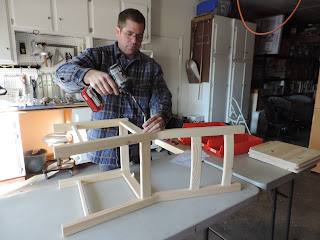 Paul gave me a new table and chairs for the school room for Christmas. 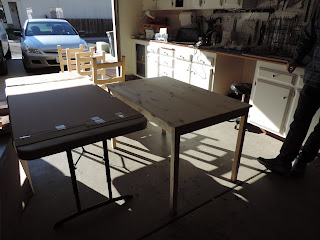 The folding tables have worked, but this will be nicer.  Now the kids won't have to put something under their work when they color, to keep the table texture from showing through!  I never realized I took smooth tabletops for granted until we were working on a table that wasn't smooth. 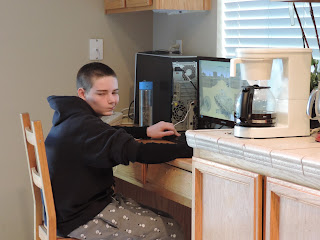 And what have the teens been up to their last week off?  Eli has been getting in time on a favorite computer game.  Sam has had wrestling practice every day.  And Brianna is off at Winter Camp with friends. 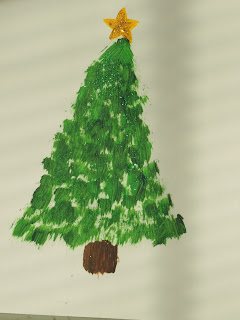 I set out to do a "top ten posts of 2015" blog post to wrap up the year, but quickly realized most of my top 10 read posts were about Luke.  This has been a wild and crazy year for our family, starting the year with 8 kids at home, then 7, then 9, then 10, then 8 again.  Zach was deployed overseas for 6 months, and then he, Heather, and Brayden moved from the town we live in to an air base over an hour away.  The kids miss seeing Brayden regularly.  With Josiah and Sam both making plans to leave the nest in 2016, this year will also bring changes to our household dynamic. 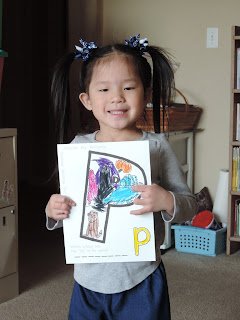 Katie did one of her ABC book pages. 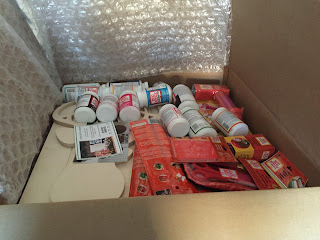 A huge box arrived this week, that I had no memory of ordering.  Turns out, it was a prize pack that I won from Mod Podge Rocks and Unfinished Wood Co. 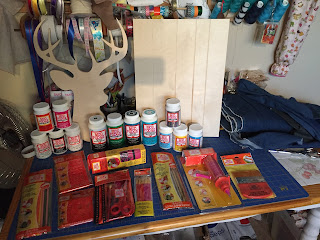 What a huge haul of crafty goodness!  I have no idea what I'm going to make first!  I ended up using one of my Thirty One bags to hold all the Mod Podge stuff.  And I filled up the box that it all came in with things to get rid of, to offset new stuff coming in. 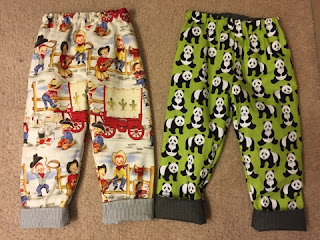 I finished the other two pairs of pants for Luke.  The inside of the cowboys is thin stripes, and the inside of the pandas is black Chinese characters on a charcoal background.  If the panda fabric looks familiar, it's because it's left over from Katie and Luke's nursery. 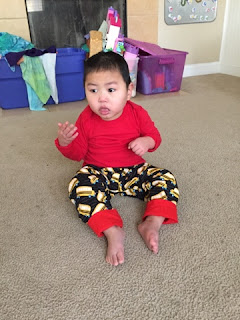 The size 4-5 fits him well, with plenty of growing room.  We actually met the mama behind the reversible pants pattern that I use when we were in China adopting Katie and Luke.  She has 4 Chinese daughters.  I'm a little sad that this is the last size of this pattern.  I used to use it for Eli and Jack when they were little. 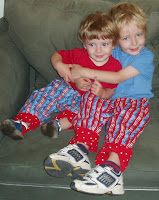 I even made a couple pairs for Hannah's first winter with us.  Looking at old photos, I've used this pattern in every size to make literally dozens of pairs of pants, both for my kids and for others. 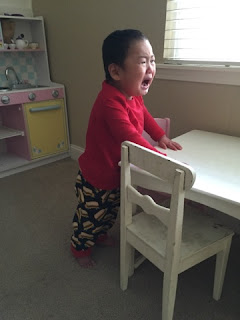 Luke is not crazy about modeling, or standing in general.  He spends most of his time sitting, and cannot change positions on his own.  I have him stand holding onto his crib rails after I change his diaper, so I can pull up his pants.

We'll be back to our school routine starting Monday, but with appointments on Tuesday and Wednesday, I doubt we'll manage a full week's worth of school.  We'll be learning about King George the Third and then zooming over to Russia to learn about Catherine the Great.  It will be nice to get back to our normal schedule.