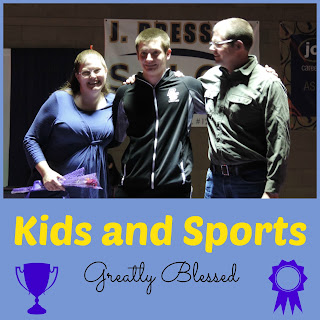 I recently posted on Facebook about having to get up at 4:40 to take Sam to school for an away wrestling tournament.  One of the replies I got surprised me.  I obviously hit a nerve with her, and I thought I'd share my feelings and perspective.

"If I had kids, I would NOT put them in sports.  Let them enjoy their childhood without worrying about competition or having them live their parents dreams."

She goes on to say, "It's all about winning or popularity.  Thank God for the Miracle League or sports for kids who have special needs; they didn't have that when I was little.  The kids who weren't popular (or athletic enough) were mercilessly teased or ostracized; I was one who was.  Years later the pain remains; it still hurts deep to the bone.  That's why I'm against organized sports."

I can sympathize with her.  As a child, I was a bookworm.  I was always last or second to be last to be chosen for teams in PE.  Aside from cheerleading at a very small school in 7th grade, I never did anything even remotely sporty.

As a young mom, I let Zach, Annaliese, and Josiah do little kids soccer.  None of them excelled at it, but it was a fun way to burn off some energy and learn how to be a team player.  Over the years, various kids tried several sport "camps" through local parks and recreation departments.  Basketball, baseball, tennis, flag football, etc.  None of these were taken very seriously.  It was a way to expose the kids to the rules of the game, and to give them something new to look forward to for a couple weeks.  Annaliese and Brianna both took ballet/dance at a local studio for a year or two. 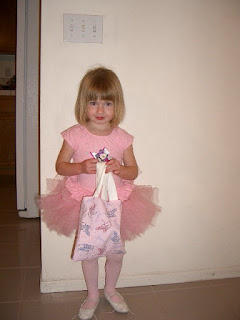 It was never "my dream" or my husband's dream that any of our children should become professional athletes, nor would we be committed enough to handle traveling sports teams, although I have friends who do, and do it well.  Neither of us possess the drive to push our children in the realm of sports (nor are we the high pressure academia parents).  It's simply not our nature, or the culture of our family.

When my eldest got into high school, he wanted to do sports.  Specifically, he wanted to play football.  And I refused to allow him, for a very petty and selfish reason.  I'm ashamed of myself.  I eventually consented to baseball, and he enjoyed both the game and the camaraderie of the team. 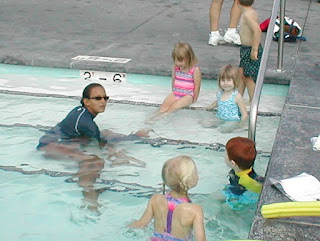 Let them enjoy their childhood? 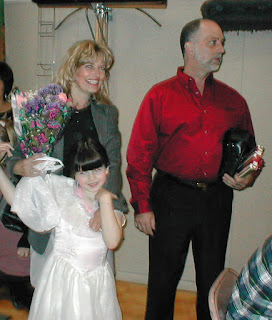 When I went digging for old sports photos, I passed dozens of pictures from field trips and outings. 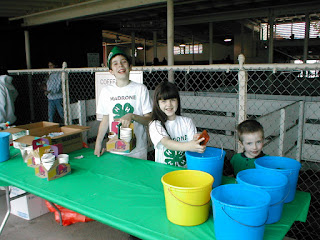 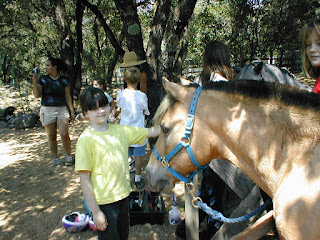 My kids were involved in 4H and drama (again, through parks & rec), in Civil Air Patrol and homeschool co ops. 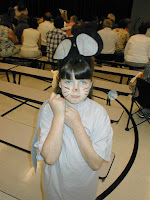 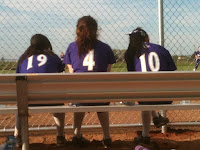 I hardly think that allowing her to play high school softball--something she chose to do--negates the myriad of opportunities she had to enjoy her childhood.

Our life has been different the last few years, but when the big kids were small, we lived on 5 acres and they roamed free and explored to their heart's content.  They spent countless hours out in nature, making up their own games, eating wild blackberries, and getting tree sap in their hair.  As homeschoolers, recreational sports were one of the ways my kids could connect with other children their age. 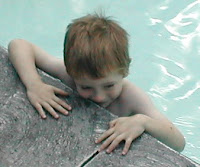 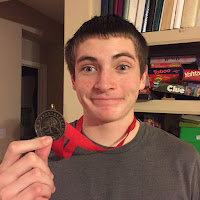 Rather than damaging my children, I think that exposing them to a variety of ways to be physically active as children has allowed them to build the confidence to want to pursue high school sports.  Trust me, I would never force my child to do something that would cost extra money, require extra driving, more volunteer hours, and be inconvenient to me.  The son who wrestled this morning, the same child clinging to the side of the pool in the photo above, is begging to be allowed to join the swim team after wrestling season ends.

While I'm sorry for the commenter's bad experiences in her own childhood, I think she's unfairly allowed them to color her perceptions.  My getting up early this morning to get Sam off to wrestling was *interrupting* my dreams, not living vicariously through my child.  It was about dying to self in the name of giving my child the opportunity to pursue his interests.  Sam wants to be a Marine.  He's passionate about getting his body into good physical shape to prepare for basic training--which could be a mere 5 months away.

I will never be the psychotic parent screaming at the coach or ref from the sidelines, and I agree that there are some parents who take things too far.  But I will support those of my kids who choose to participate in sports.  As I will support those of my kids who do not.  One of the bonuses of having a large family is not having to put all my eggs in one basket, so to speak.  I get an artist, an athlete, a linguist, a comedian, a historian, a cuddle bug, and more.  But what's more, I feel that we're raising well rounded kids who have dabbled in a wide variety of experiences.