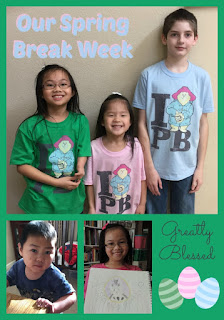 Spring break has been nice.  I like having my teenagers home.  I enjoy hanging out with them. 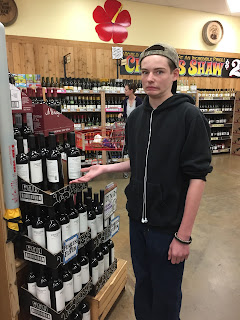 Brianna and Eli and I went to Trader Joe's one day.  Eli asked me if I needed any "whiiiiiine."  No thank you!  We have plenty of whining around our house. 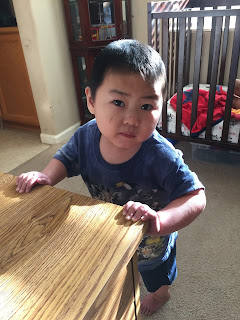 I realized after I posted last week that I forgot to update after Luke's doctor's appointment.  His pediatrician agreed to run some tests and make a referral to cardiology.  So Paul took Luke in for bloodwork, and those results are all close enough to normal to not be a cause for his purple extremities. 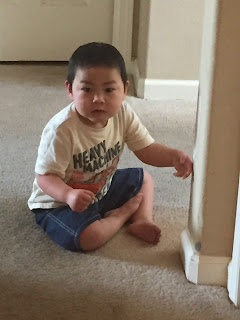 Yes, he's rubbing the wall with the back of his hand.

He has an appointment with the cardiologist in April and a new neurologist in May.  With only about 50 patients currently diagnosed with Luke's condition worldwide, it's hard to know if turning purple is "normal" for this disorder, or if something else is going on. 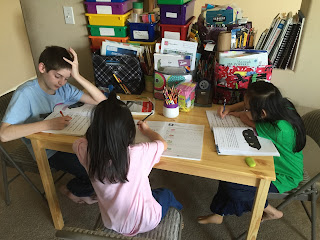 I saw a post on Dear Homeschooler about Spring Break Evaluations, and thought that was a brilliant idea.  So I printed a form, did some research, and realized that we're going to have to boogie if we're going to finish our spelling books this year.  Even though it was spring break, my little scholars have done spelling a couple times this week.  On the plus side, it's super encouraging to realize we only have 10 weeks of school left. 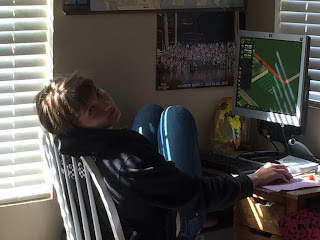 One of Brianna's friends gave her an old computer.  It's not connected to the internet, so she and Josiah have dug up some of the old CD ROM games we have around here like Lego Island and Zoo Tycoon.  It's a little weird hearing animal noises when I walk past her room, but she's having fun with it.  We might even put Jump Start 3rd grade on it for Hannah to play with during quiet time. 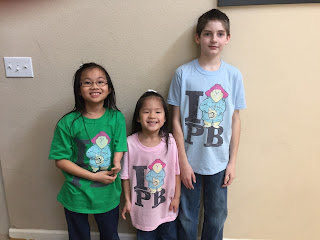 We had a Paddington party this week!  We recently finished reading A Bear Called Paddington in Literature, and as a treat, I got the kids Paddington t-shirts and we watched the Paddington movie! 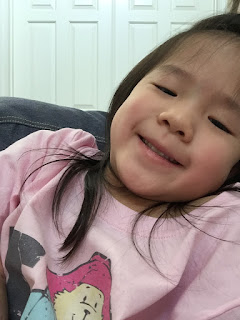 This one watched the movie from my lap.  She's a cuddle bug. 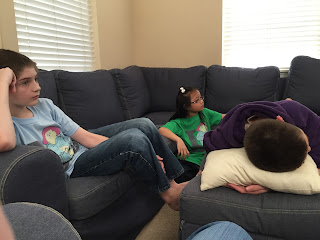 The kids were quick to point out the differences between the book and the movie, which made for good discussion.  We're actually reading another Lit book now that has been made into a movie, but I'm not sure I'm ready for the little girls to see that movie yet.  I'd love any feedback from parents who've seen it. 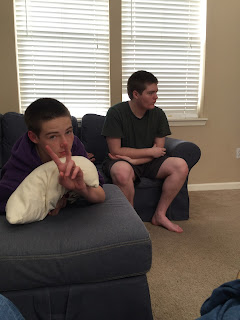 Even though the movie was "for the little kids" a couple of the not-so-little ones ended up watching it with us. 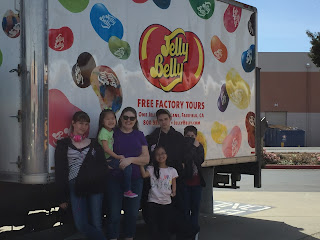 We had a field trip this week!  More about that later. 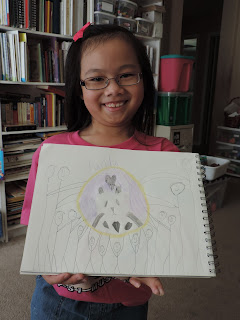 One of the best things about spring break is plenty of unstructured time for the kids to do their own thing.  Hannah tells me that the panda picture is painted on a huge rock, and it takes a lot of people to hold it up. 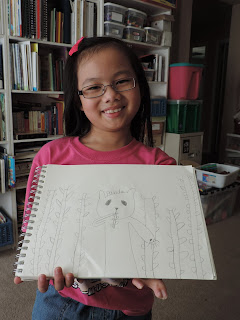 And this panda is snarfing on some bamboo.  I actually really like it when my kids say, "My sketch pad is full.  Can I have another one?"  I didn't give my older kids enough opportunities to draw/paint/color when they were little. 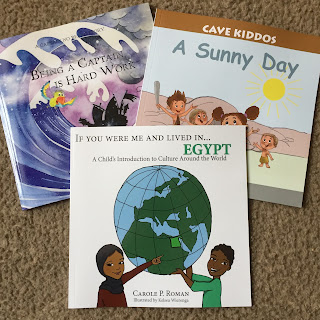 This was a nice little surprise!  We got a package of books in the mail for no reason!  You may remember that we've been able to review a bunch of Carole P. Roman's If You Were Me... books.  I'm happy to add Egypt to our collection.  I thought that was very sweet. 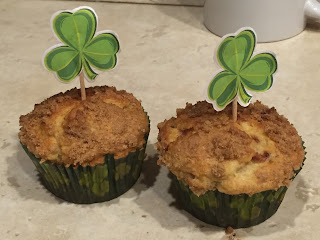 I so dearly love having teenagers in the house who can bake.  Yummy muffins with cinnamon crumbles on the top.

Next week should be interesting.  The teens are off Monday (the school gave everybody a "travel day"??) then we have appointments Wednesday and Thursday, so it probably won't end up being as full a week, school wise, as I would like.  I have a couple art project ideas I want to try out, though.  We also have a new book to start.  Can't believe we're already to the end of March!