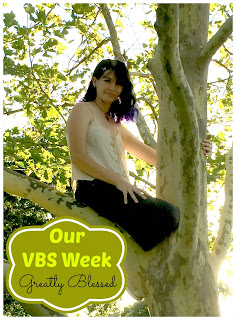 We're enjoying our relaxed summertime schedule.  Eli has morning football practice 3 days a week and afternoon practice 2 days per week.  Sam works out with the other Marine recruits 2 mornings per week.  And then there's just life stuff, like this week's dentist appointment.  But it still feels "relaxed" because we're not homeschooling full time on top of it all. 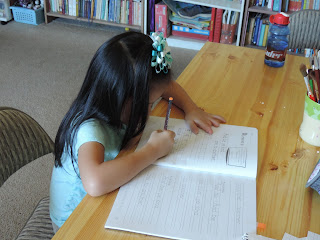 That's not to say that we're not getting anything done in the school room.  Katie is still doing some math, handwriting, and spelling.  Not as much as I had hoped we'd get to, but some. 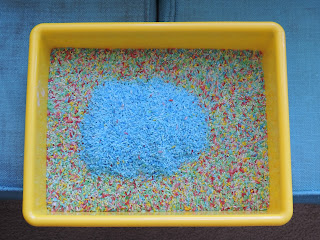 Our rice tray was getting low, so I added a batch of blue to it this week.  Every time I vacuum the school room, I suck up about half a cup of rice.  Surprisingly, it's not just the little kids that play in it.  A certain teenager spills quite a bit of it on my desk and chair while watching Netflix. 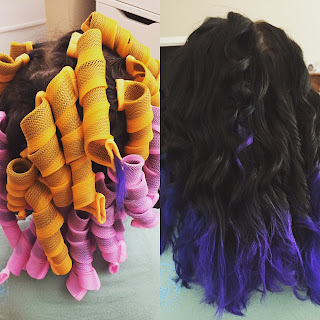 We tried Curlformers (affiliate link) in Brianna's hair this week!  We learned some things for next time, but overall, I'm pretty impressed with them.  I can't wait to try them on Hannah. 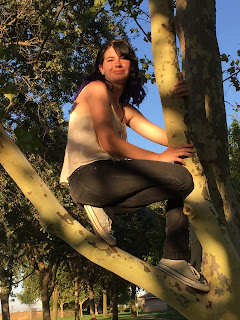 Next month, there's a "safety camp" put on by a local police department.  It's a 2 week, mornings only, experience, designed for incoming kindergartners (which Katie would be, if she were going to public school, as she misses the cutoff to have gone to K last school years by mere days).

Not only did I sign Katie up to attend, but I signed Brianna up as one of the teen helpers.  She had her interview on Thursday.  She'll be getting 40 hours of community service for participating. 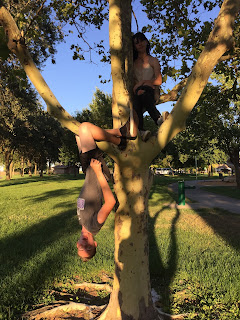 After dropping the younger kids off at VBS in the evening, I was left with just teenagers.  Stir crazy, cabin fever, let's get out of the house, teenagers.  So we went to the park for a while. 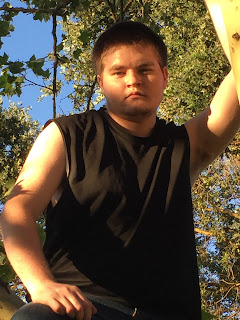 Josiah got some major driving practice this week when we picked Zachary up from the airport.  Freeways, airport craziness, and accident induced stop and roll traffic on the way home. 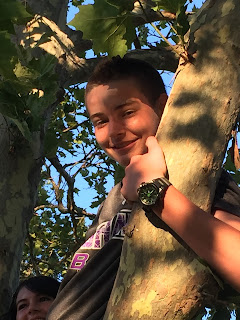 Eli is learning a lot at football practice, as he hasn't done any organized sports since 2009. 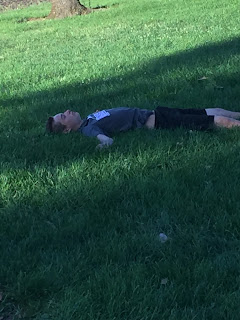 He comes home nice and tired. 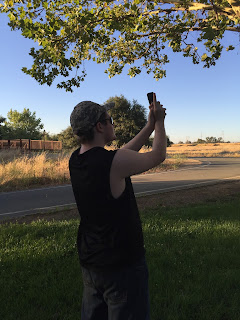 What a good brother!  He's taking pictures of Brianna in the tree with her phone. 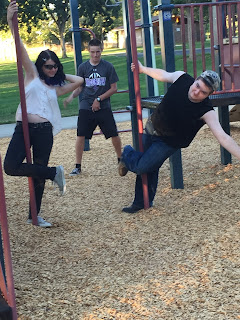 I seriously adore my teenagers.  Yeah, every kid has their moments, and I'm often exhausted at the end of the day from the volume and energy level around here, but these guys (and Sam) are great.  It's so fascinating to watch them slowly bloom into who they'll be as grown ups. 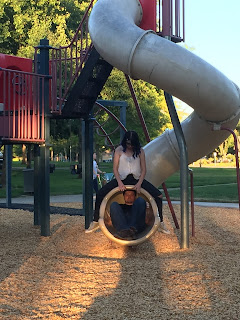 And they've proven they're not too old for the park yet. 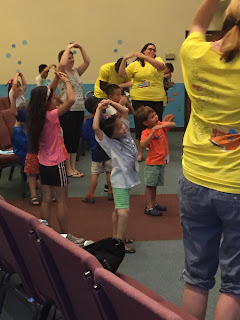 Jack, Hannah, and Katie went to VBS this week.  That's Katie, in the green shorts.  She was wearing a dress when she got there, and the painted VBS shirt when I picked her up.  I guess I should be glad the girls always wear shorts under their dresses?  The shirts they made were spray painted with RIT dye, so now half my bras are blue from them going through the laundry together.  Probably TMI.  Sorry. 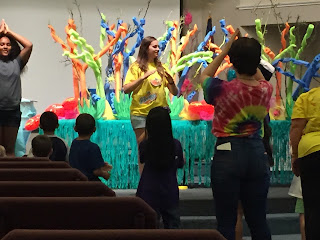 Terrible shot of Hannah, to the left of Tie Dye. 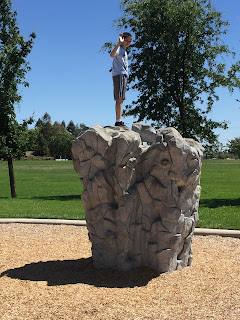 Another family that we met in China when we were adopting Katie and Luke was nearby (at Shriners) so we met up at the park to play for a bit.  I could have chatted on for hours. 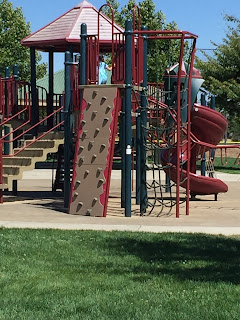 I meant to take more pictures, but once they arrived, I was too busy talking.

Still plugging away at the family tree project.  I need to spend some time in the sewing room, though.  My family has requested various things that I need to work on.