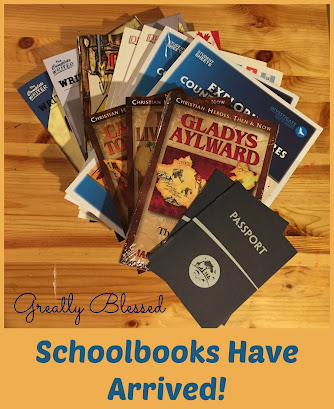 The Timberdoodle catalog said it best:  "Homeschool curriculum has become the new toilet paper."  Meaning it's the latest thing for which there is a shortage because more people than usual are buying it. 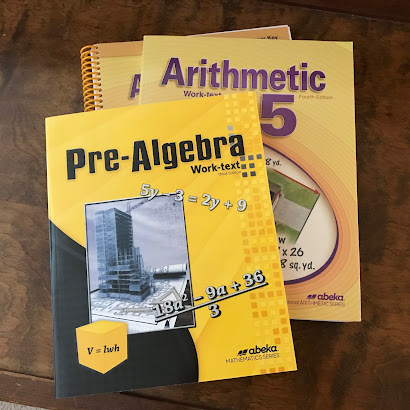 Fortunately, we must have picked unpopular options, because we didn't run into any back orders. 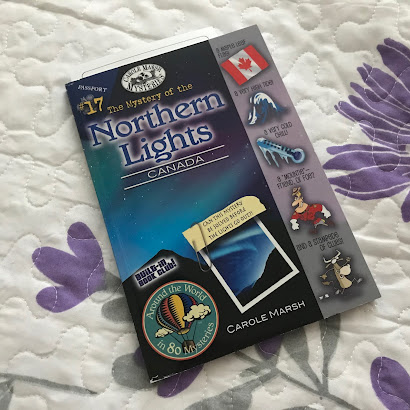 Canada will be the third country we learn about, but I've already started setting aside things for later in the year. 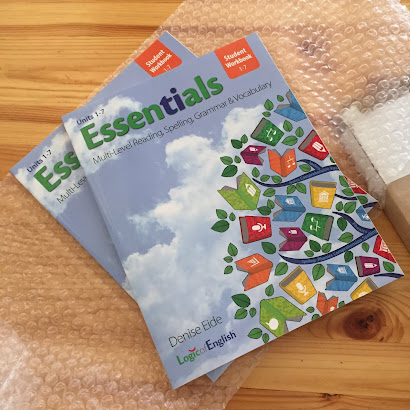 Everything has arrived now, and since we have nowhere else to be, we've started up a little early.  We haven't managed a "full day" in one sitting yet, but we're getting close.  It's nice to kind of ease into things instead of being overwhelmed with having to do everything on Day 1. 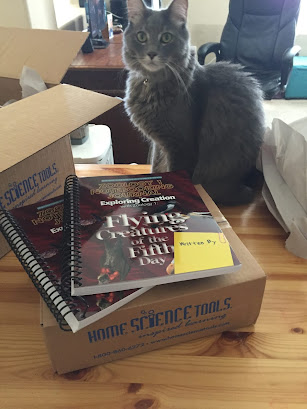 Grumman is fascinated with the bird science books.  I know he can't read, but he was all over it when I opened these up, and, well... 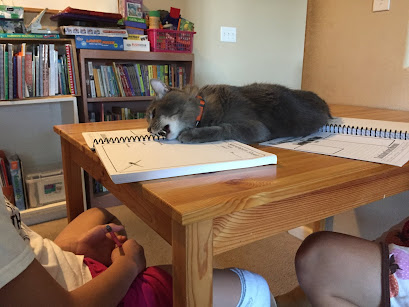 The first time we used our Flying Creatures of the Fifth Day science notebooks, he tried to eat them. 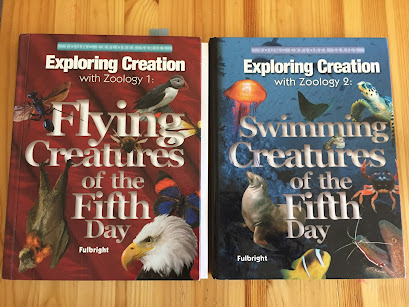 Blessing alert!  I was able to trade masks that I sewed for both these used books from other homeschooling mamas in the area.
Depending on how quickly we fly through Flying Creatures (zoology 1), we may start up Swimming Creatures (zoology 2).  We'll see how it goes.  I'm not going to stress about it. 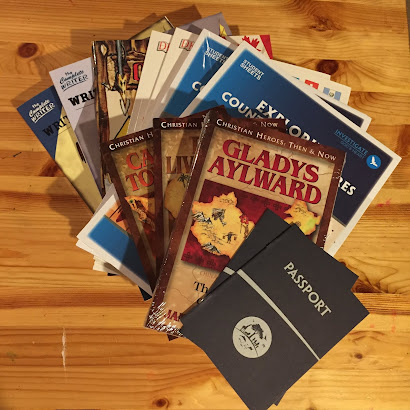 This was our biggest order.  We had most of our stuff from My Father's World, since I used it with Brianna, Eli, and Jack several years ago, but there were a few things we needed to replace, and a new writing course for Hannah. 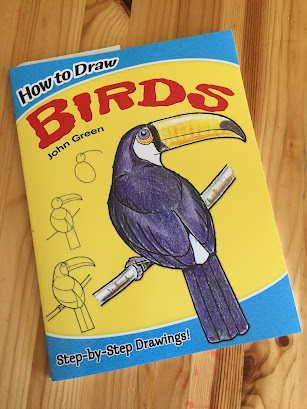 We're working more on drawing this year.  I just ordered some Prismacolor pencils, which are really nice to work with. 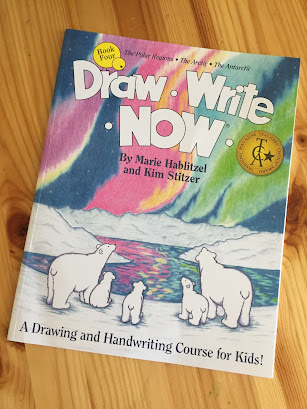 At the end of the year, we'll learn about Antarctica, so I'll put this one away until then. 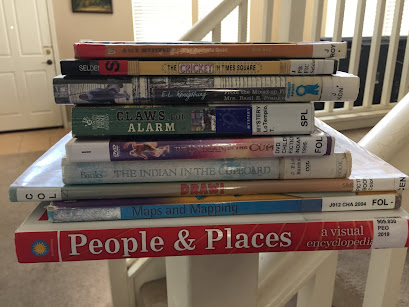 Speaking of books, we're still greatly enjoying curbside pickup at the library, which has expanded hours, and streamlined the process, which is awesome.  This week, they just started doing inter-library loans again, so I have requested some books from outside our area's collection. 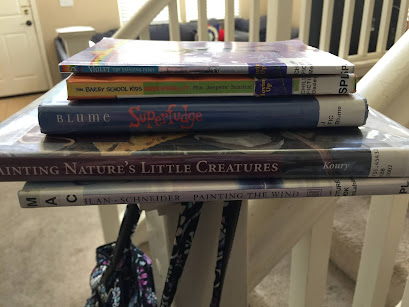 I've been keeping lots of books on hold, so we're picking up about twice a week.  MFW has an extensive reading list in the back of the book, as optional suggested reading.  Since we have a "quiet time" every afternoon, my girls go through a lot of books.  Books from that list, books I see in curriculum catalogs that look interesting, books I'm reminded of by discussion in homeschool Facebook groups.  Books, books, books!  Just this week, we were learning about maps and globes, and Katie asked a question about Magellan.  We'll be getting a couple of books about him soon.  The same thing blossomed out of a discussion of Father Junipero Serra and the missions. 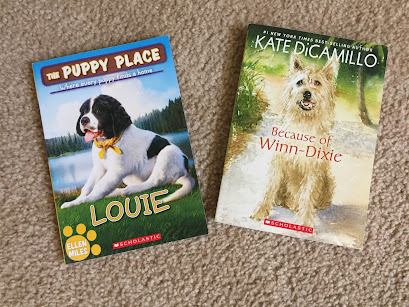 The last time we picked up books, we got a text asking if we wanted Summer Reading Program prize books.  Um, yes, please!  The librarians taped up pictures of the options for each age group inside the library windows so people can look and choose which they want.  Katie has been obsessed with Nintendogs lately, so I got her a puppy book, and Hannah got Because of Winn-Dixie.
I feel slightly guilty that I haven't been reading as much as I should lately.  I've spent a lot of time zoned out in front of the iPad.  But I've been enjoying Jennifer Chiaverini's books.  I read a couple of the "modern day setting" ones #beforecovid so when I finished Hidden Figures (which I checked out back in February!) I reached for another of her books.  Only this one was set during the Civil War.  Wow.  It was good.  And, so were the next two books in that story line.  I first stumbled across her books volunteering at Book Den, and brought one home because of the quilt angle.  Even though I'm not really a quilter, I like to sew, so I speak the language.  And most quilty books have, er, "mature" heroines.  So they're more relatable for me.
I'd love to hear what you're reading!
at August 14, 2020