Not too much excitement this week.  We finished up the George Muller biography we've been reading aloud.  Really inspiring.  A couple of times, I teared up and had to have Brianna read for me for a little while.

This week, we read about Christmas in Austria, ate Austrian cookies, and listened to Silent Night, which was written by an Austrian, in it's original German language. 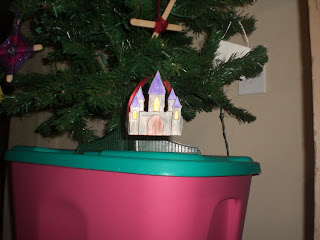 I decided our Germany ornaments should be castles. 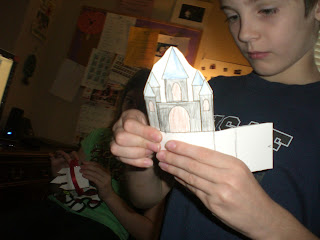 So we printed some fold up castle boxes on cardstock, colored them, added a ribbon, and voila! castle ornaments!  (They also have a pre-colored version if you have a child who hates to color.) 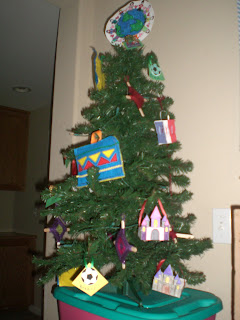 Our Around The World tree is filling up nicely.  :)
Next week, we start Kenya.
Any ornament suggestions?  Maybe something with coffee beans, lol. 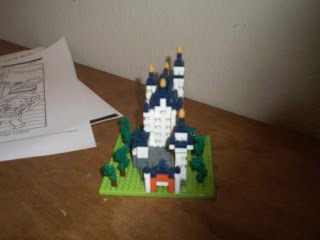 Eli was thrilled to have another Nanoblock Castle Neuschwanstein

building project.
Sorry for the lack of detail, he took the pictures himself.
We learned that this was the castle that inspired Walt Disney's castle for Sleeping Beauty. 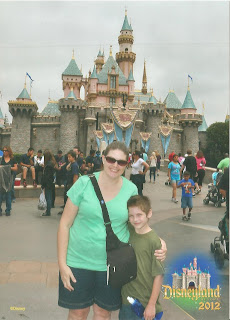 So every time you see this famous castle, think, "Hey, that's patterned after that castle I can't pronounce in Germany!"  You learn something new every day, eh? 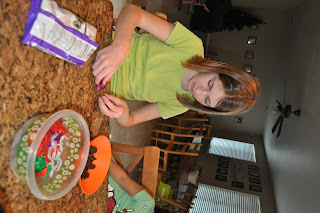 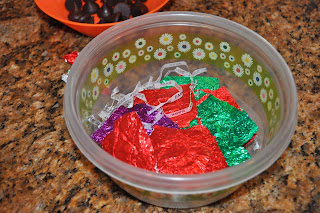 She decided to save the wrappers from the kisses she unwrapped for a baking project, and will be making a collage with them.  "Found Art" is a nice, cheap motif, right?

I contemplated waiting to start Kenya (which is set up to take 3 weeks) until after Christmas break, and even went so far as to print some activites for us to do on other countries for a gap this next 2 weeks before school is out for the teens and the kindergartener, but eventually decided I'm okay with starting Kenya now, stopping for Christmas, and picking up again afterwards.

We will, however be adding something special this week. 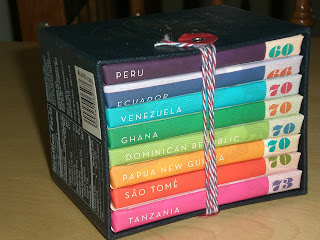 I found this "chocolate passport" at Trader Joe's recently.  I'm thinking these little, single-origin bars will be the perfect motivator to learn about some additional countries we're not specifically covering this year.  I'll break each one into 4 pieces and we can sample chocolates that range from "chocolate chip" to "tastes like dirt" (which Paul happens to like, so I may save my piece for him!).
Hopefully the kids will gain both geographic knowledge and culinary knowledge in this fun rabbit trail.