Guess What We Got?

The same day that our agency (Madison Adoption Associates, love them) called to tell us we got the update on Luke, they also shared the exciting news that Katie's LOA had arrived!

Our caseworker sent a message to their staff in China to check in and see if Luke's LOA was in the works.  The idea being that we would file the next paperwork for both kids at the same time after we got both letters.

And now they're both here!! The next step is to file the I800 (immigration) paperwork with USCIS. 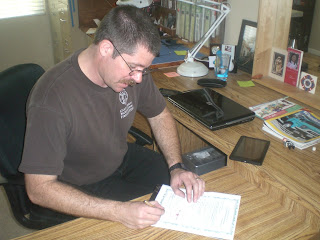 From here until TA (travel approval, permission to come to China) is about 2 months, so we're expecting to travel in June. 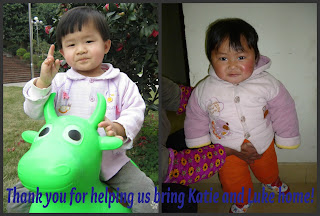 Hang on, babies!  Mama is coming!