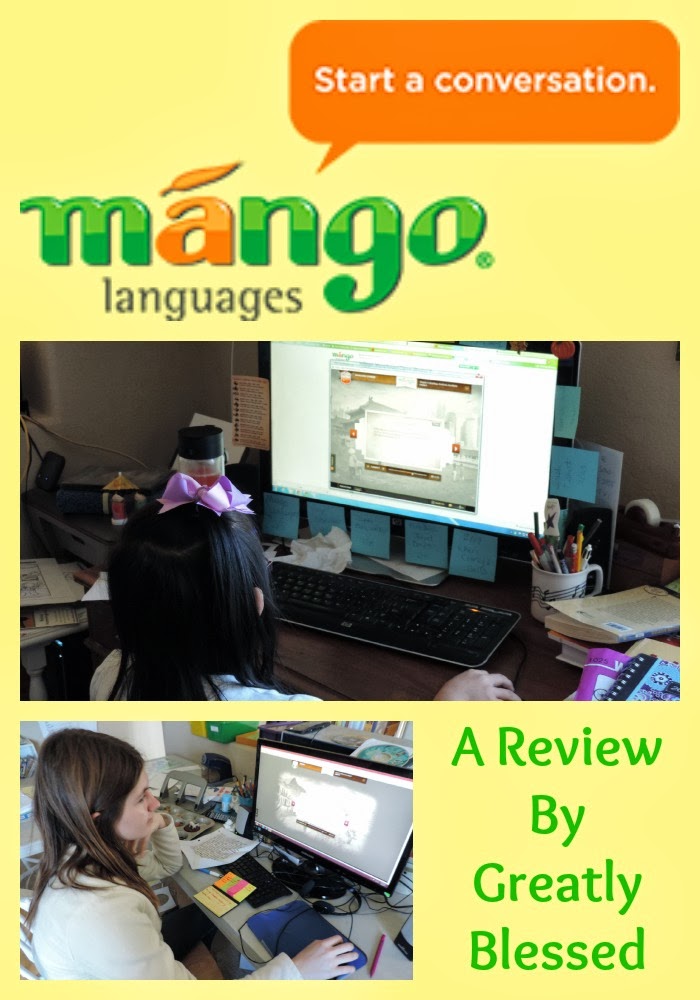 One of the things that weighs heavily on my mama heart is the fact that I took my little girls away from their first language.  I know I can never compensate fully for that, but I can help them retain a familiarity with the tones in spoken Chinese (both main dialects) and hopefully, when they are older, it will be easier for them to relearn it, if they choose to do so. 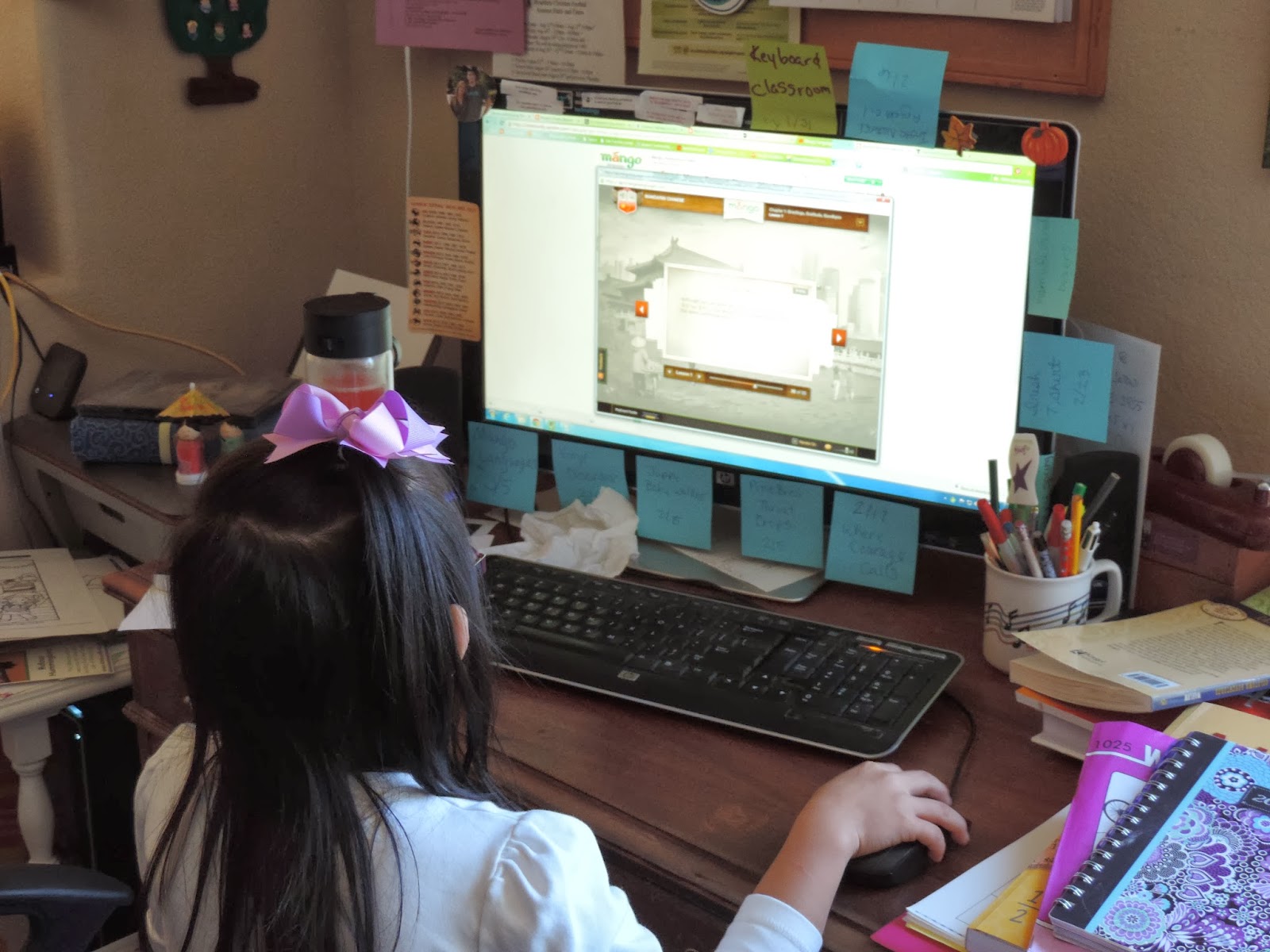 This was the reason I was so anxious to review a language program this year, and why I was so glad to have been chosen to be part of the team reviewing Mango Languages. 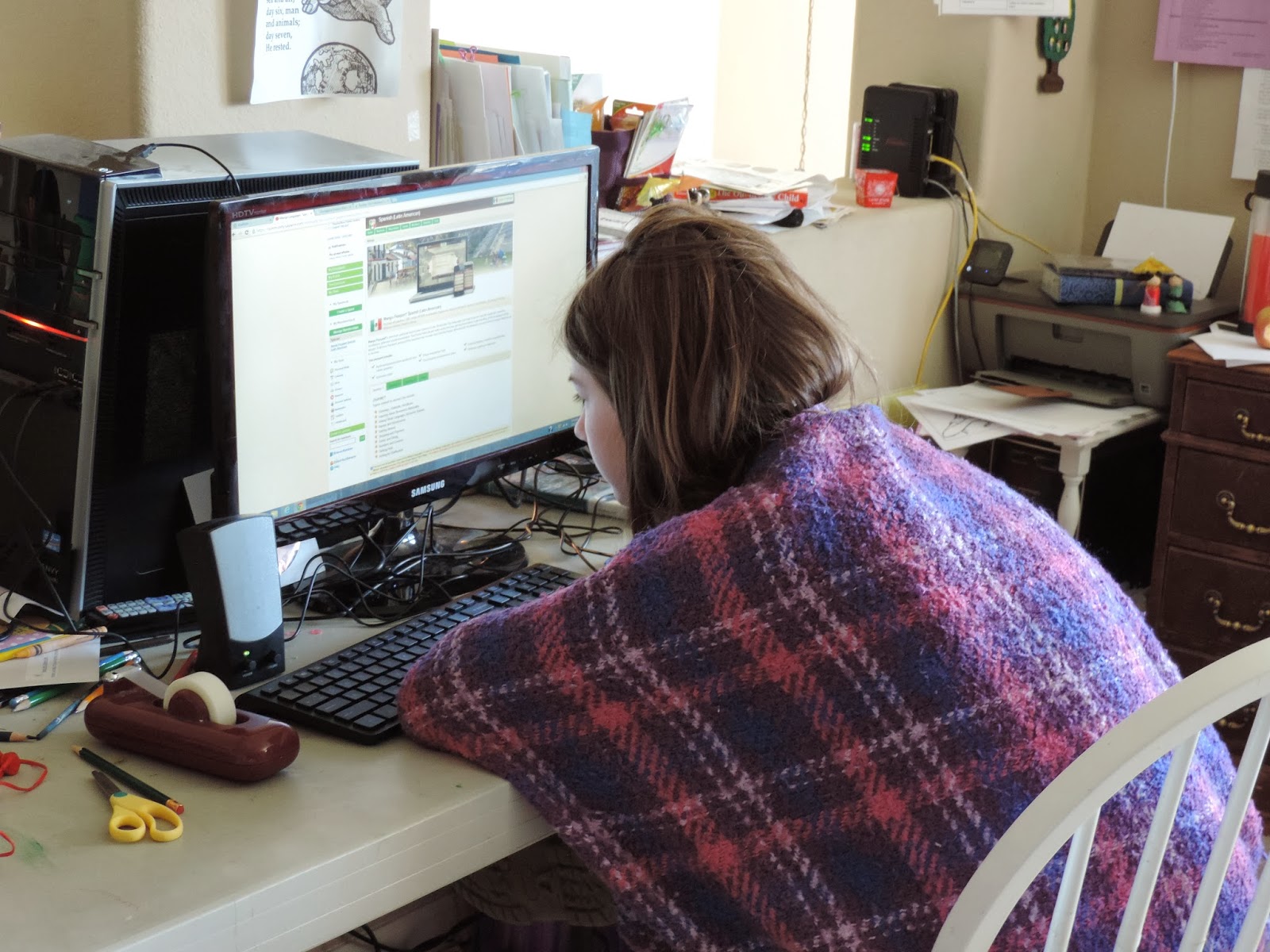 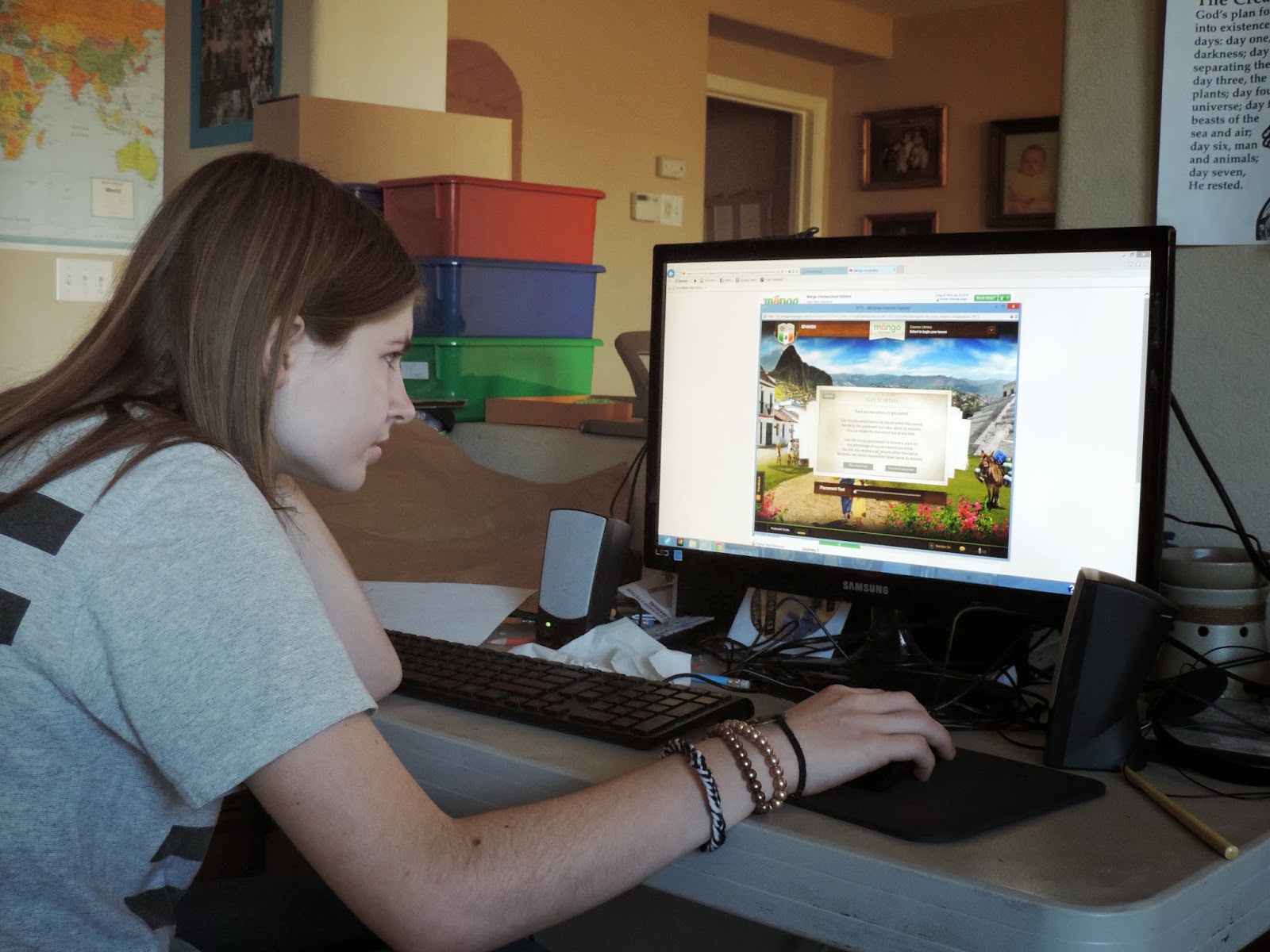 Yes, SIXTY languages!  I was really impressed with the variety offered.  Mango is super flexible, and allows you to learn more than one language at a time, if you're feeling exceptionally bright! 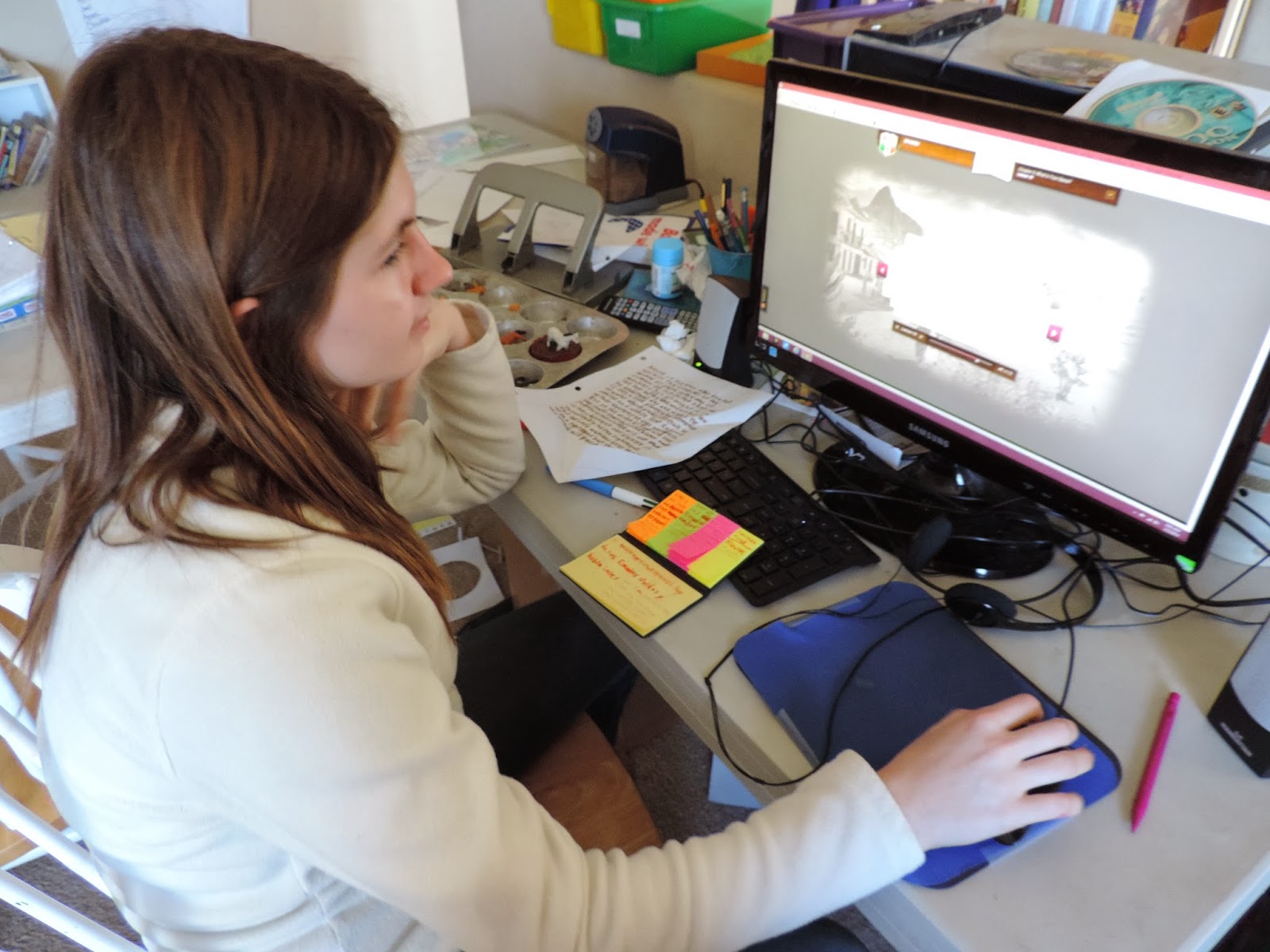 Brianna chose to take Spanish.  She's planning to take Spanish in high school next year at a campus school, so she figured this would give her a leg up. 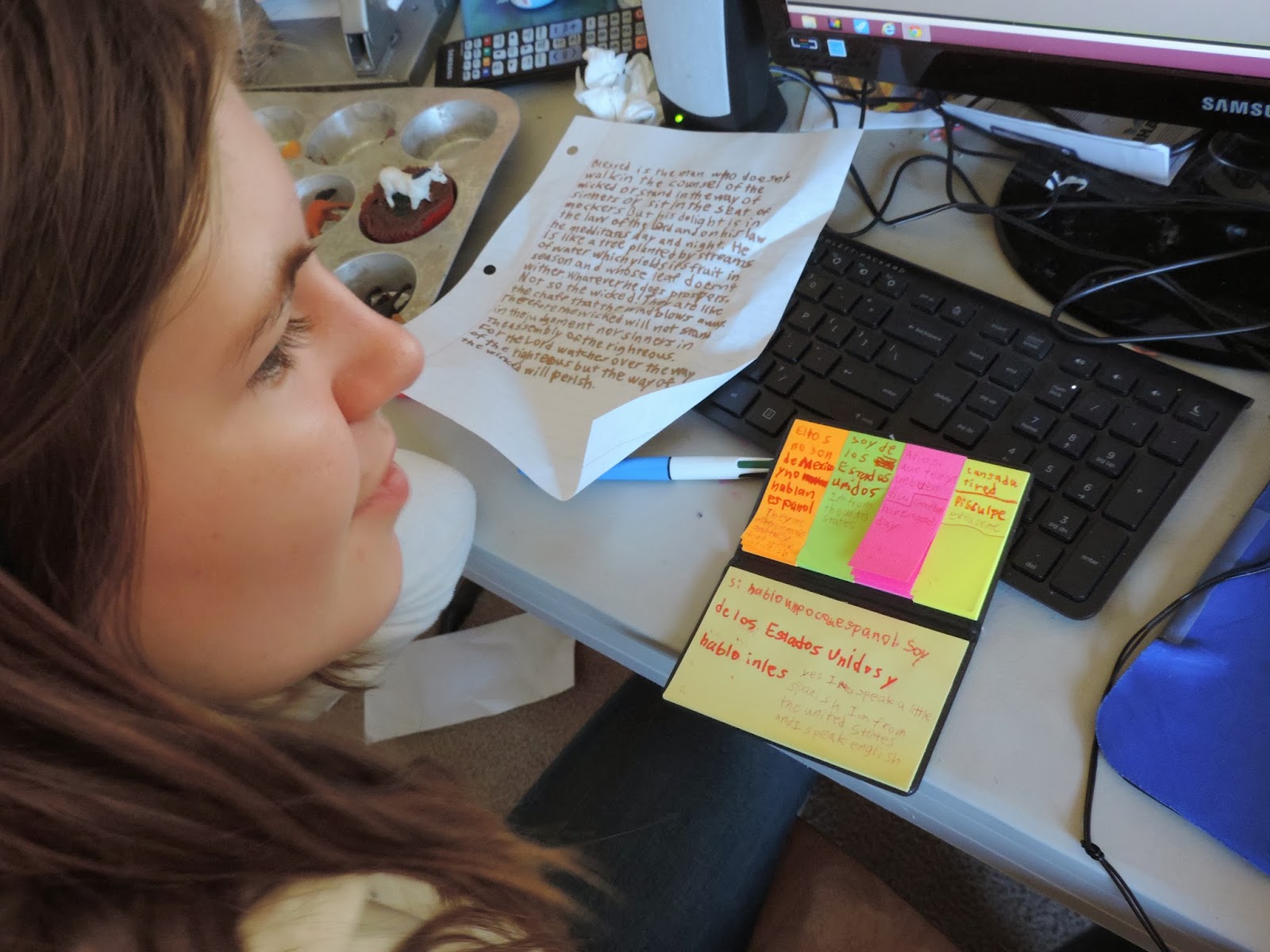 She is even taking some notes so she can communicate with international players of one of the games she likes online!  This was before we realized that there were files with the conversations written out for us.  The files are available for most languages, and would be very helpful for travelers.  I printed out the first 20 pages in the German file for Eli, on his request, so he could study offline, instead of just on the computer. 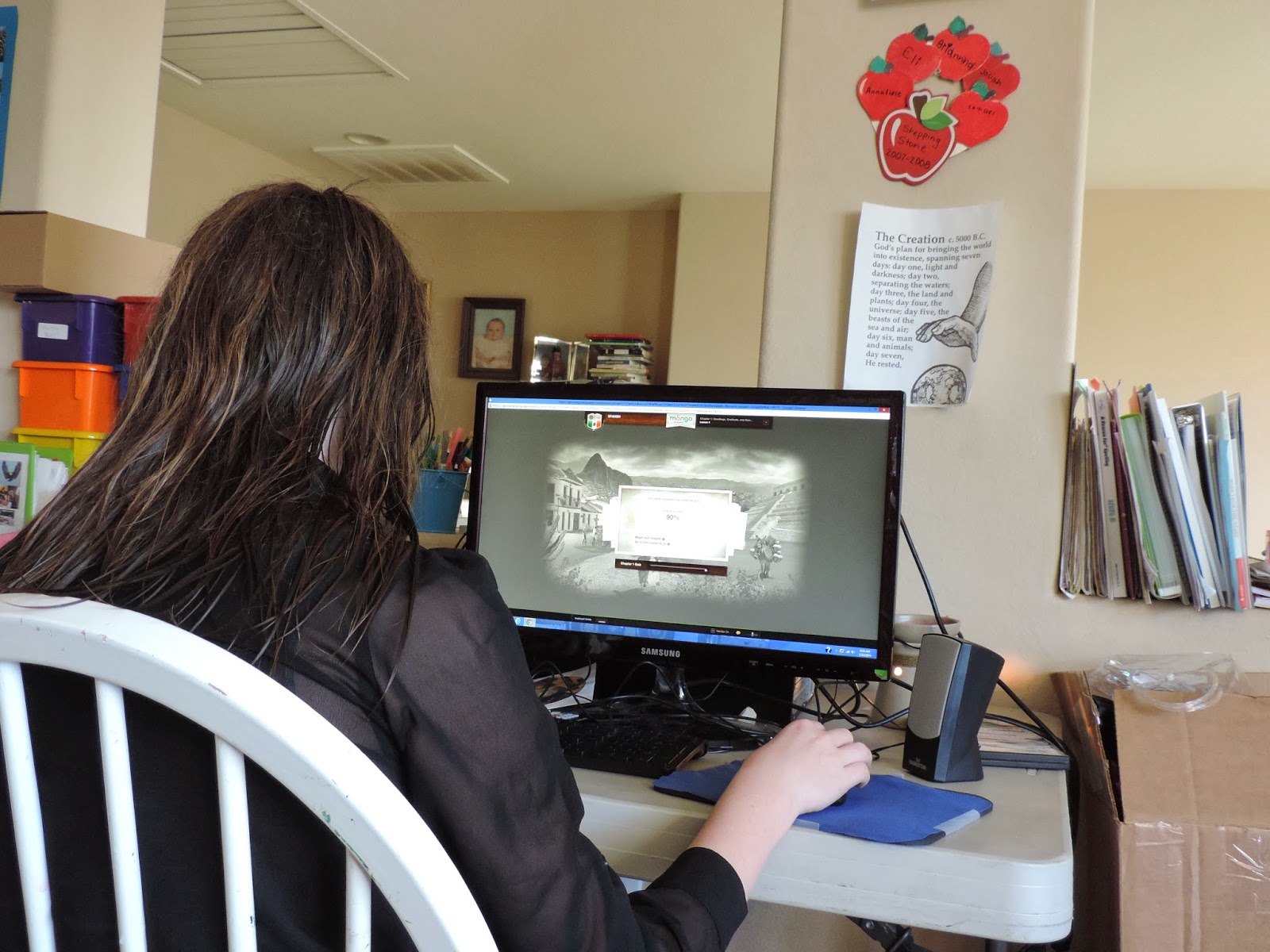 Mango is suggested for ages 6 and up.  Hannah is 6, so I had high hopes for her and Mango. 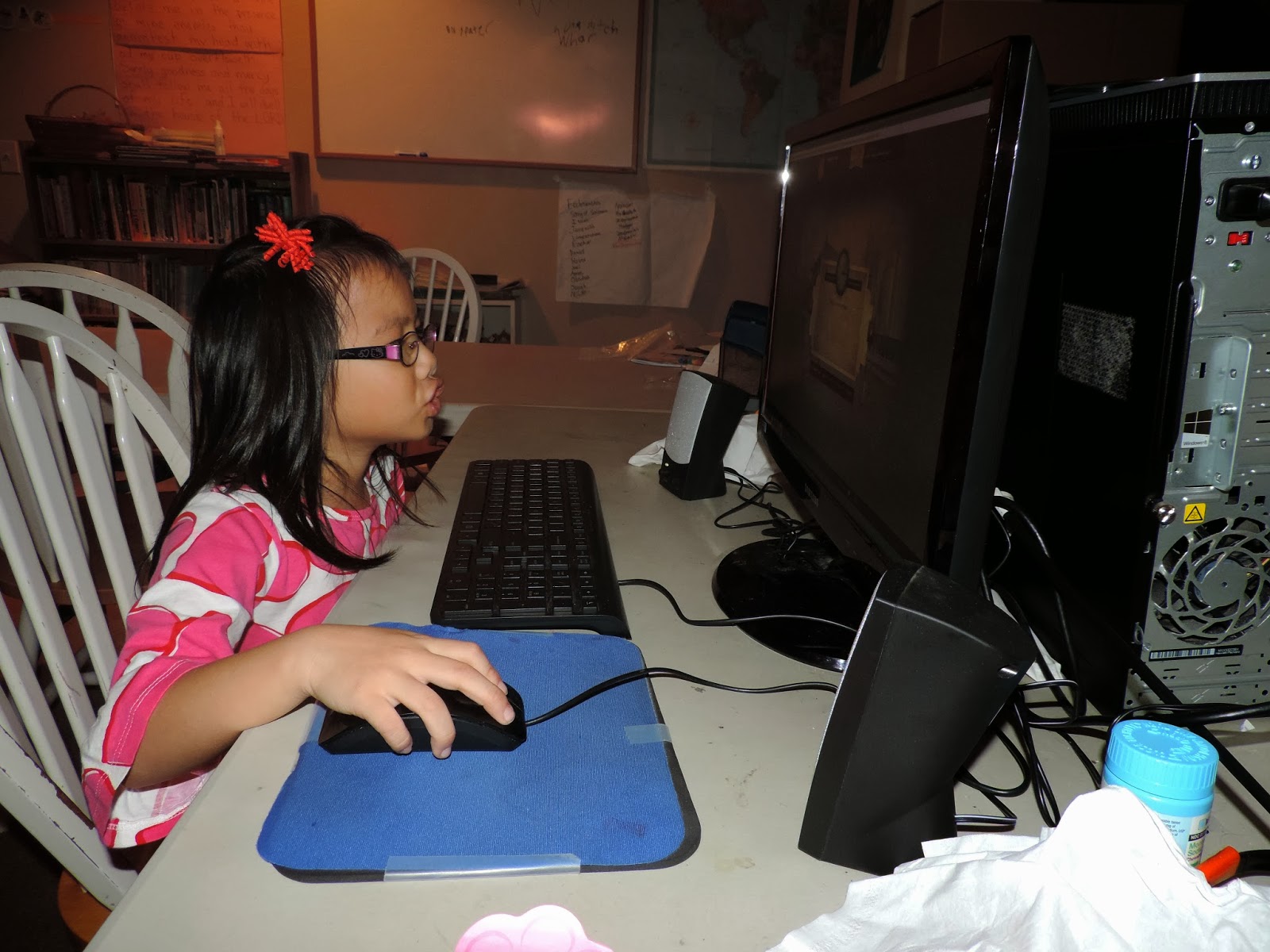 Unfortunately, it turned out to be too advanced for her.  Having had a front seat to foreign language acquisition through immersion with Hannah and Katie, I have witnessed what we call, "The Noun Phase," twice now.  This involves a lot of pointing and labeling things.  Come to think of it, that's pretty much how toddlers learn to speak any language.

Mango doesn't offer a lot of nouns.  Mango is conversational in nature.  "Hello, my name is," and "Do you speak English?" 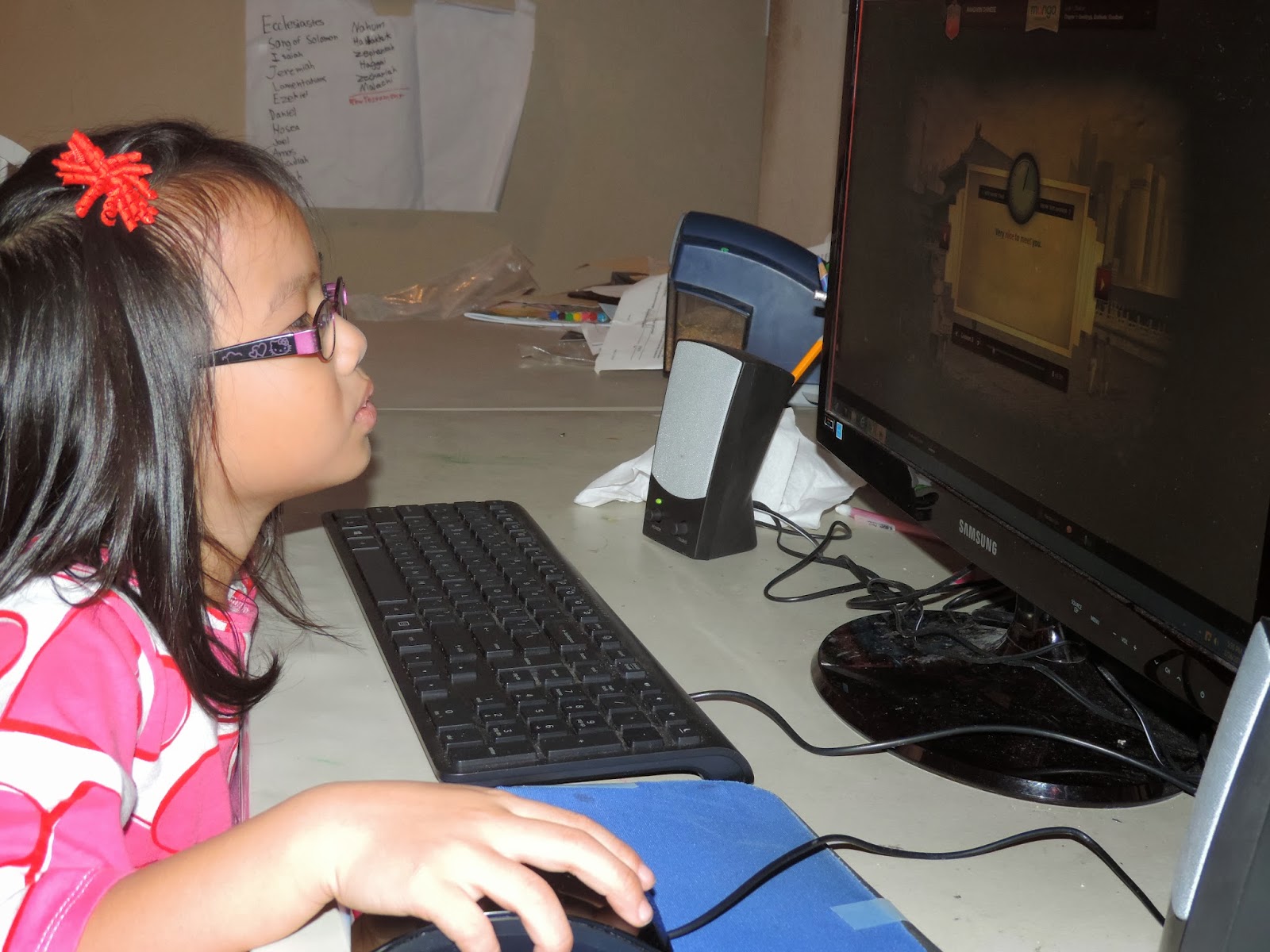 Hannah really struggled with repeating the conversational phrases, and seemed to have almost zero retention after several lessons.  I had her go back to the beginning and start over, thinking she'd just been clicking through too quickly, but eventually, I was forced to admit this program was not working for her.  I was disappointed, because I really wanted it to.  I think she's too young for it right now. 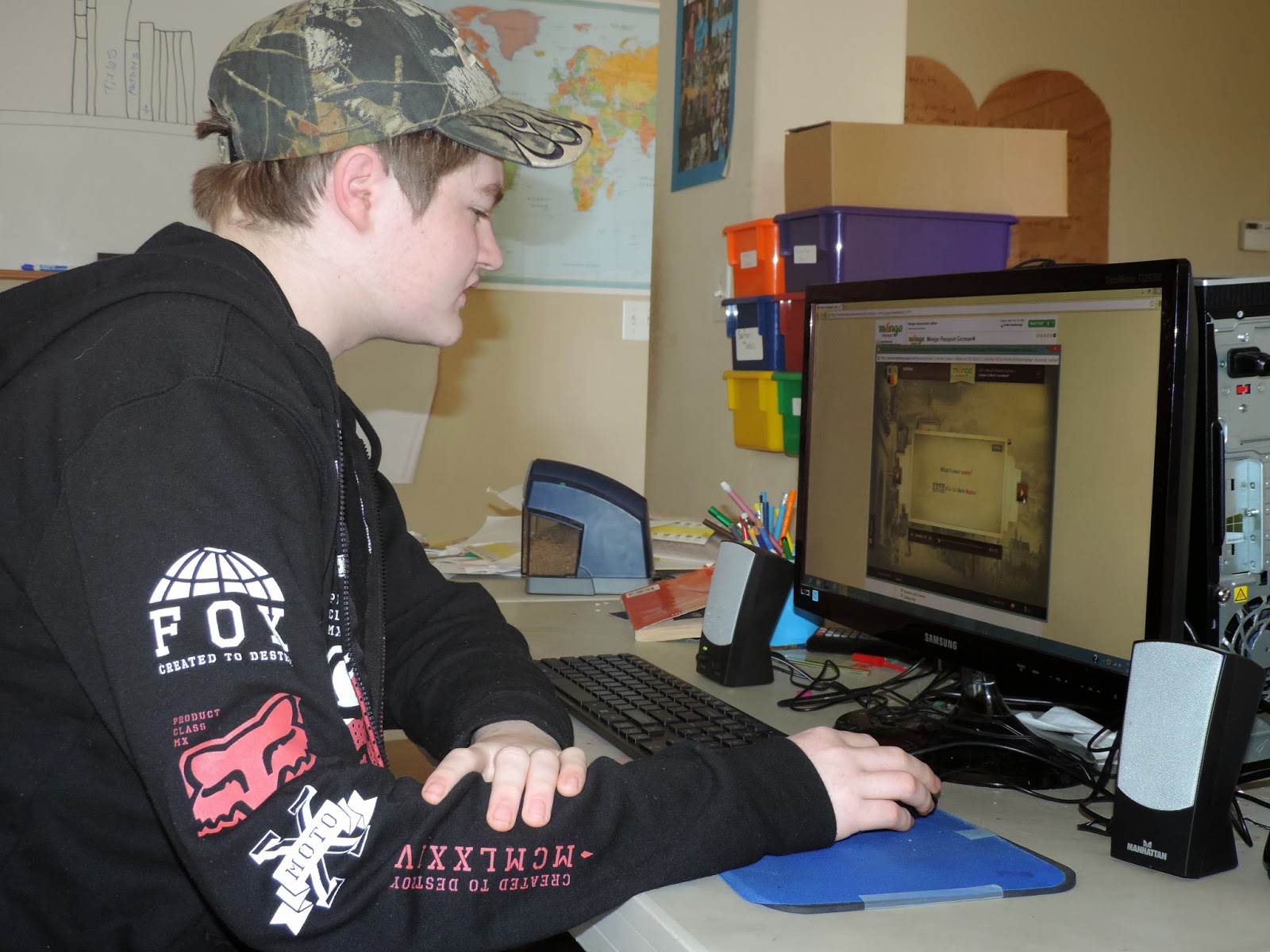 Eli and Josiah both chose to learn German.  My maternal grandmother grew up speaking German in the home, so I learned a tiny bit from her, and it was fun to have them commenting on the weather in German.

Josiah liked the program.  My DIY kids have German heritage on both sides of the family, and he liked getting the chance to learn the language of his ancestors from the comfort of our own home.  Josiah is a homebody, so this online program is a really good fit for him. 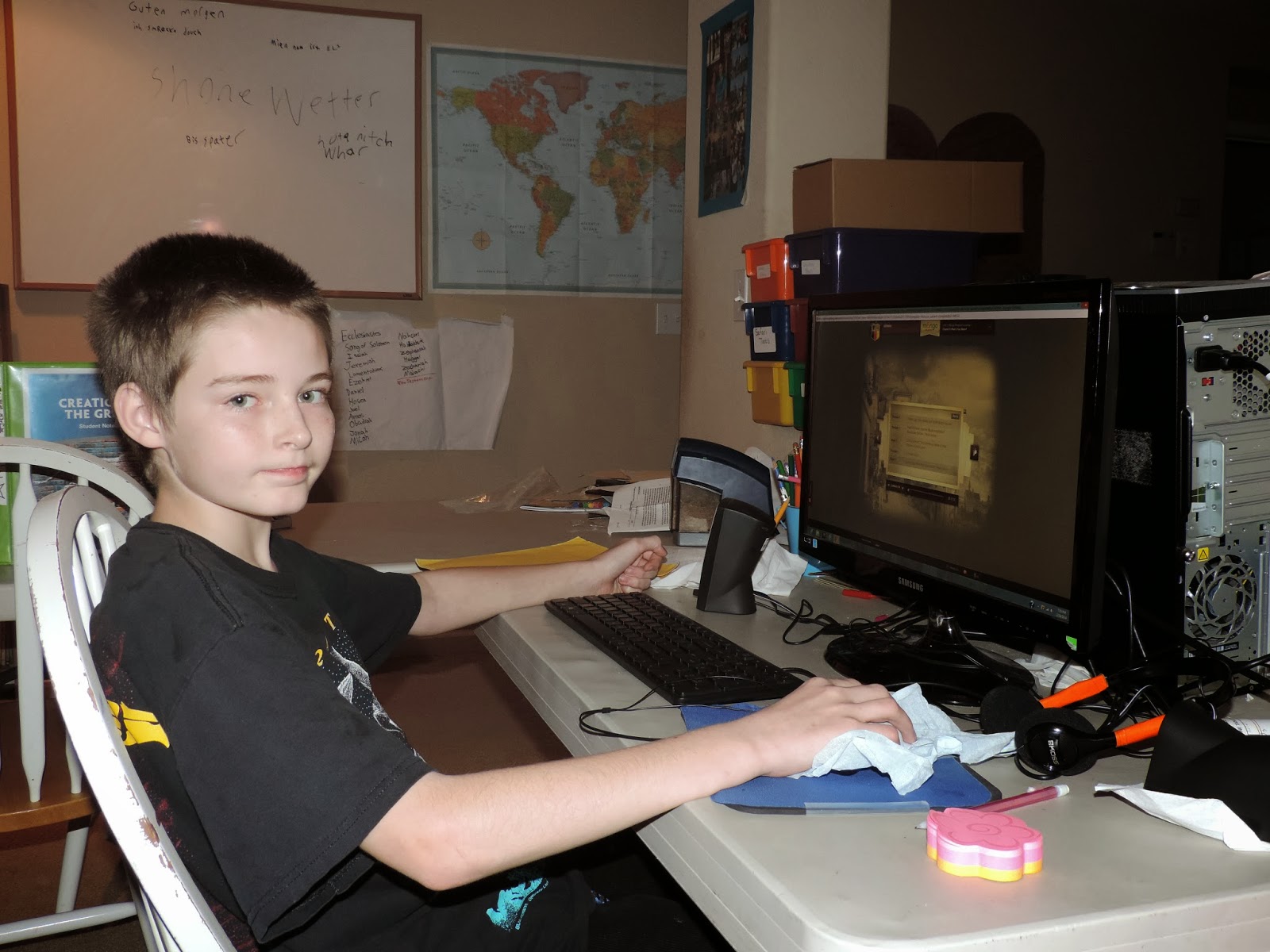 Eli was initially excited about learning a new language.  Then he realized it takes work. 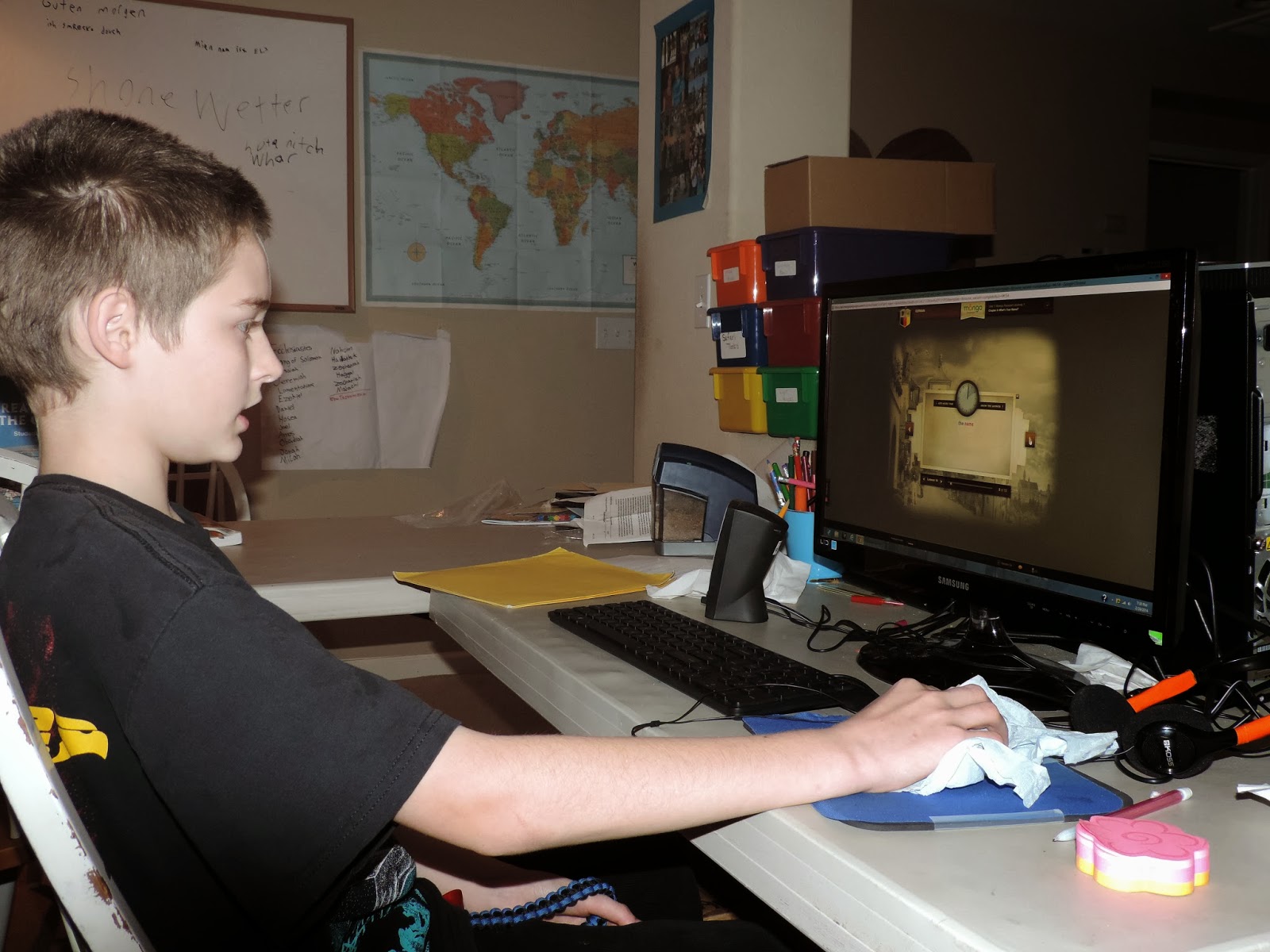 Fortunately, he was a good sport about it and soldiered on, even after the novelty wore off.  At the end of each chapter is a quiz.  When I found out he got a 10% on one of his chapter quizzes, I had him go back and repeat the chapter.  He scored much better the second time around.

One of the features I like is that it knows where you left off, and it automatically starts you there.  But the best part for me was that I don't have to know a language well (or at all) in order for my kids to be able to learn it.  Since it's all on the computer, Mango Languages is a great way for your children to learn the correct pronunciations of a language that you may not be proficient in.  I enjoyed hearing the native speakers say the lines and listening to my students repeat them.

Their subscription prices are reasonable:

Although I didn't get have time to focus on furthering my own interest in foreign languages during this review period, I hope to at least take the pretest for a couple languages and maybe get the chance to brush up a little while we have the subscription.