This was a bit of a weird week for us, as Hannah tracked off, so Wednesday was her last day of school for a month, and we went to the library and park day, and then I started a new review with the little girls and caught a cold, leaving me unable to read aloud, and I took the girls to Shriners on Friday, and and...!  School was different this week. 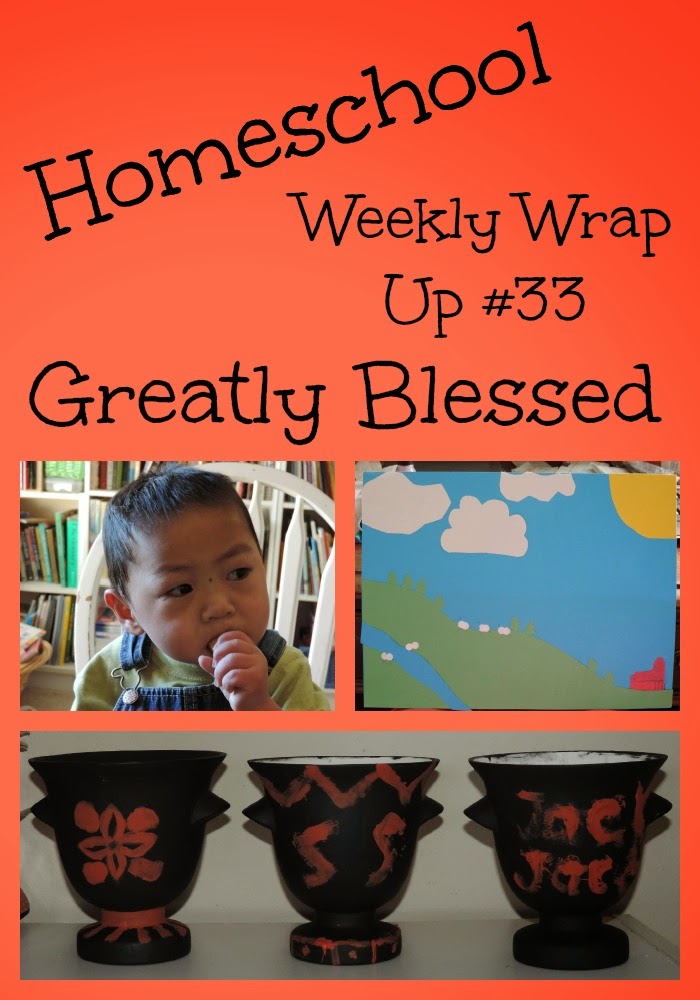 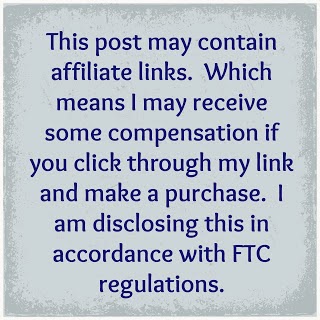 I printed an art notebooking page and asked the kids to write about their favorite art project from this year.  Jack chose the penguins.  Eli wrote about the Greek kraters we made this week. 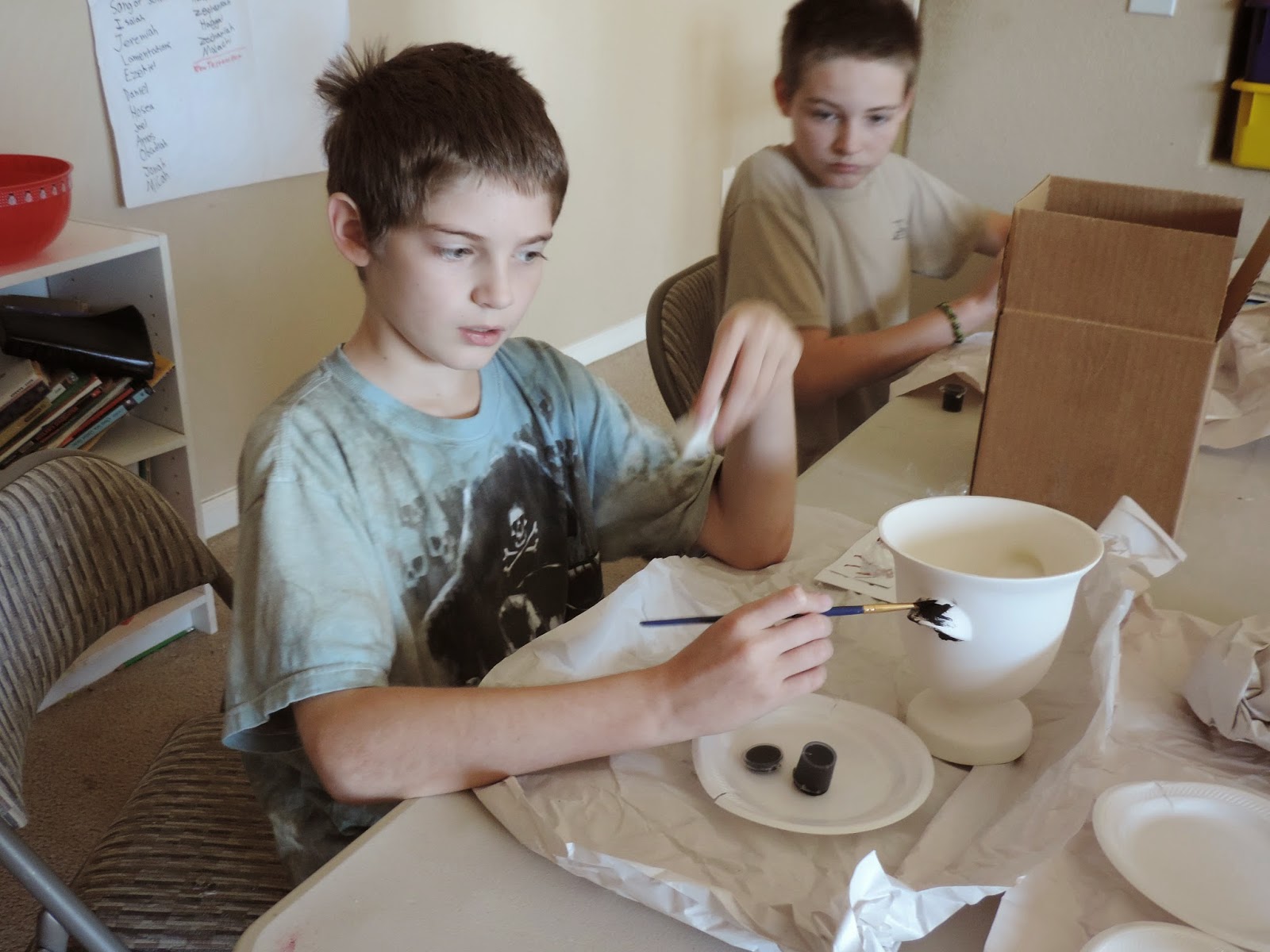 Sadly this was our last Art In History project for this school year. 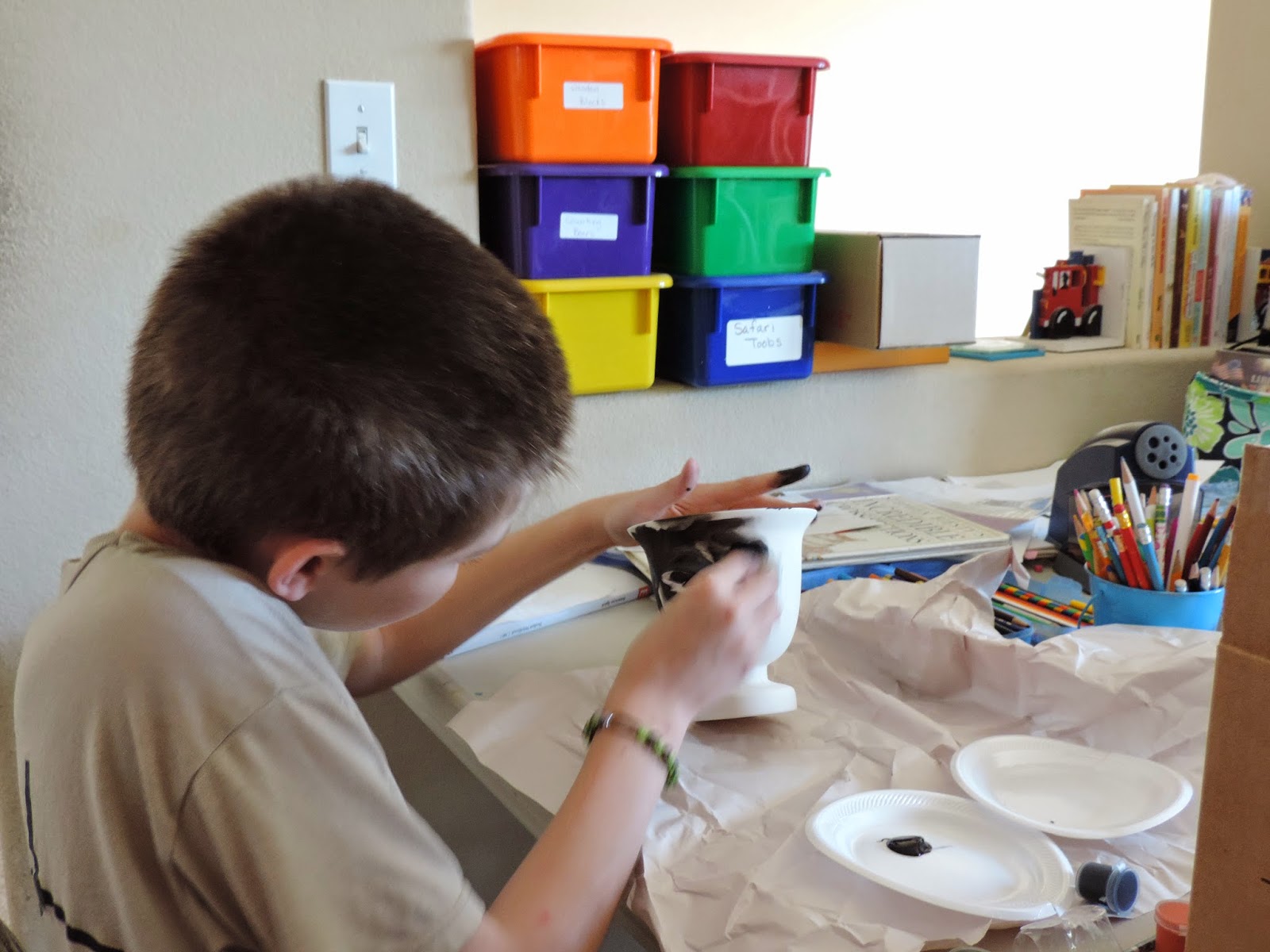 Suddenly the end of school is looming closer and closer. 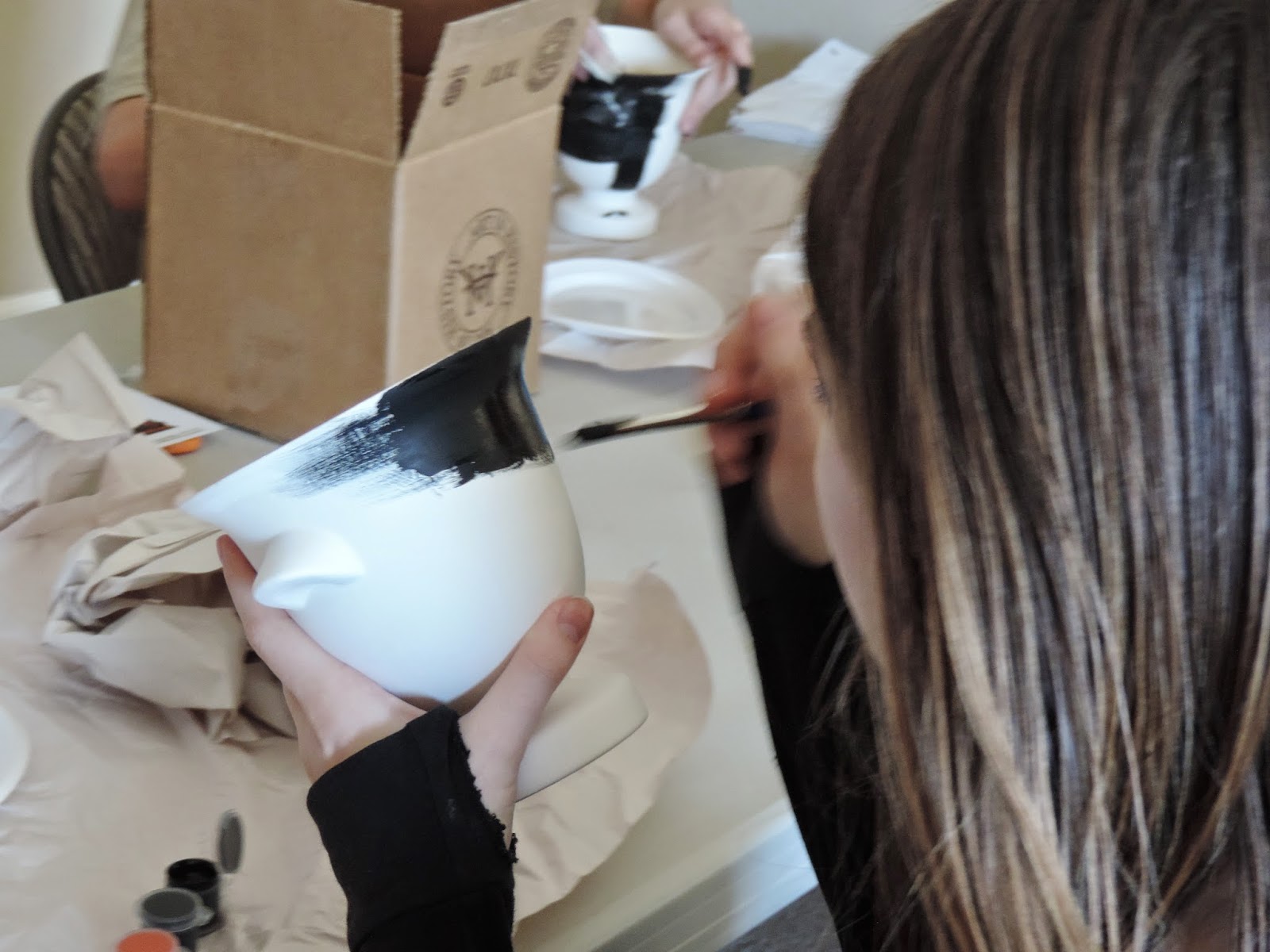 The lesson on the Greek Kraters was interesting.  I like how they give a download of information about each project before the directions. 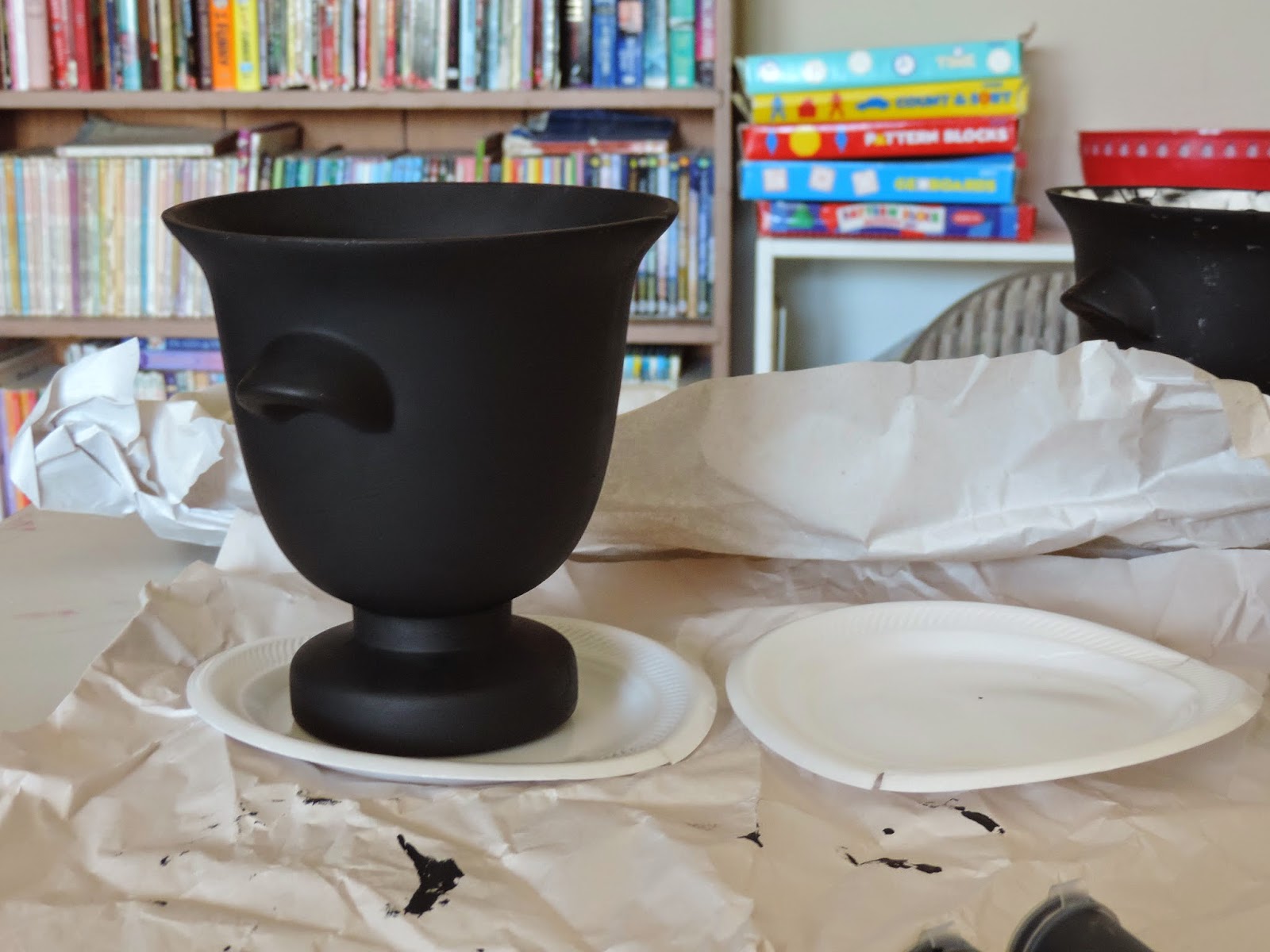 Brianna painted the inside of hers, as well as the outside. 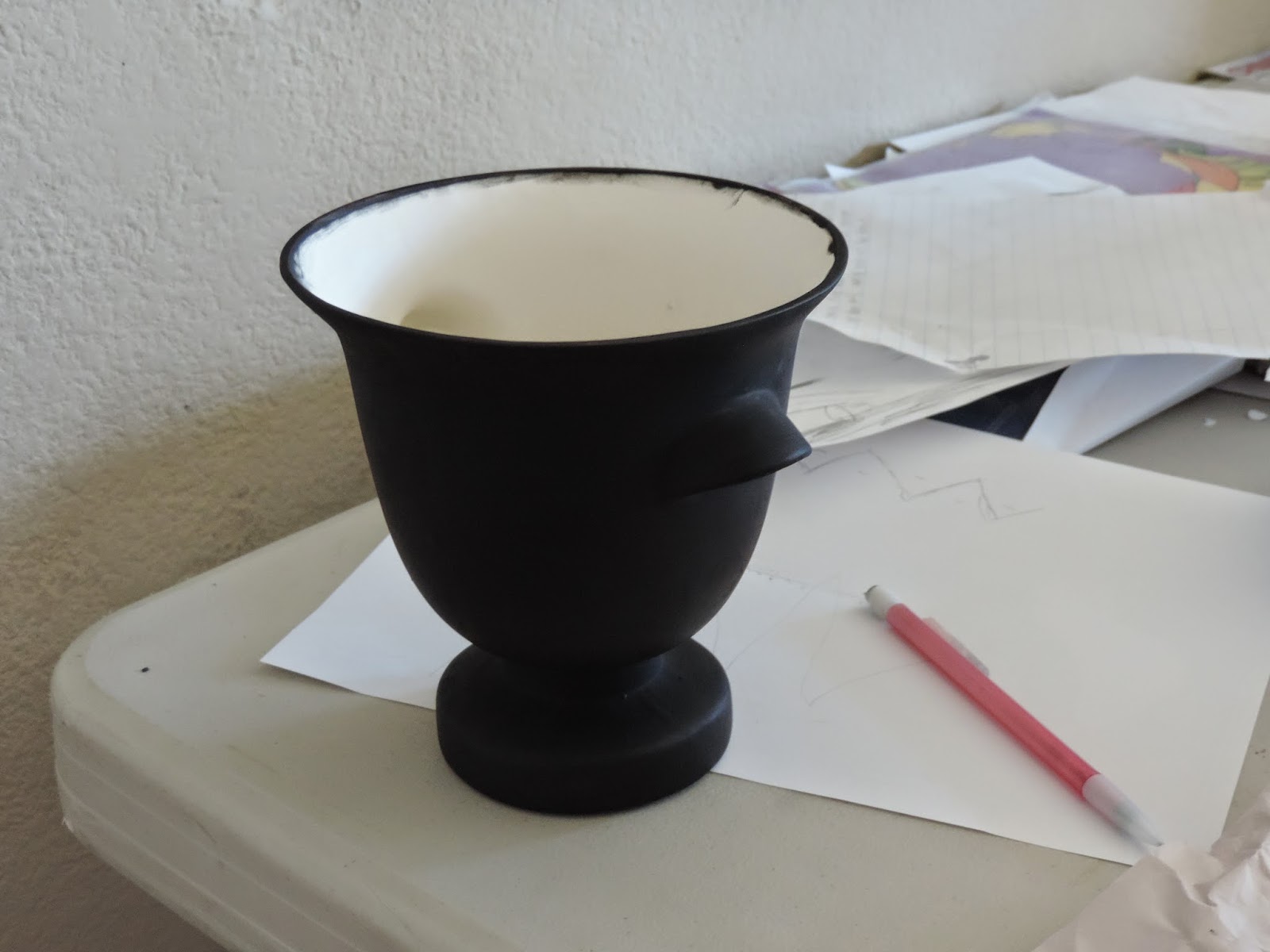 Eli chose not to paint the inside. 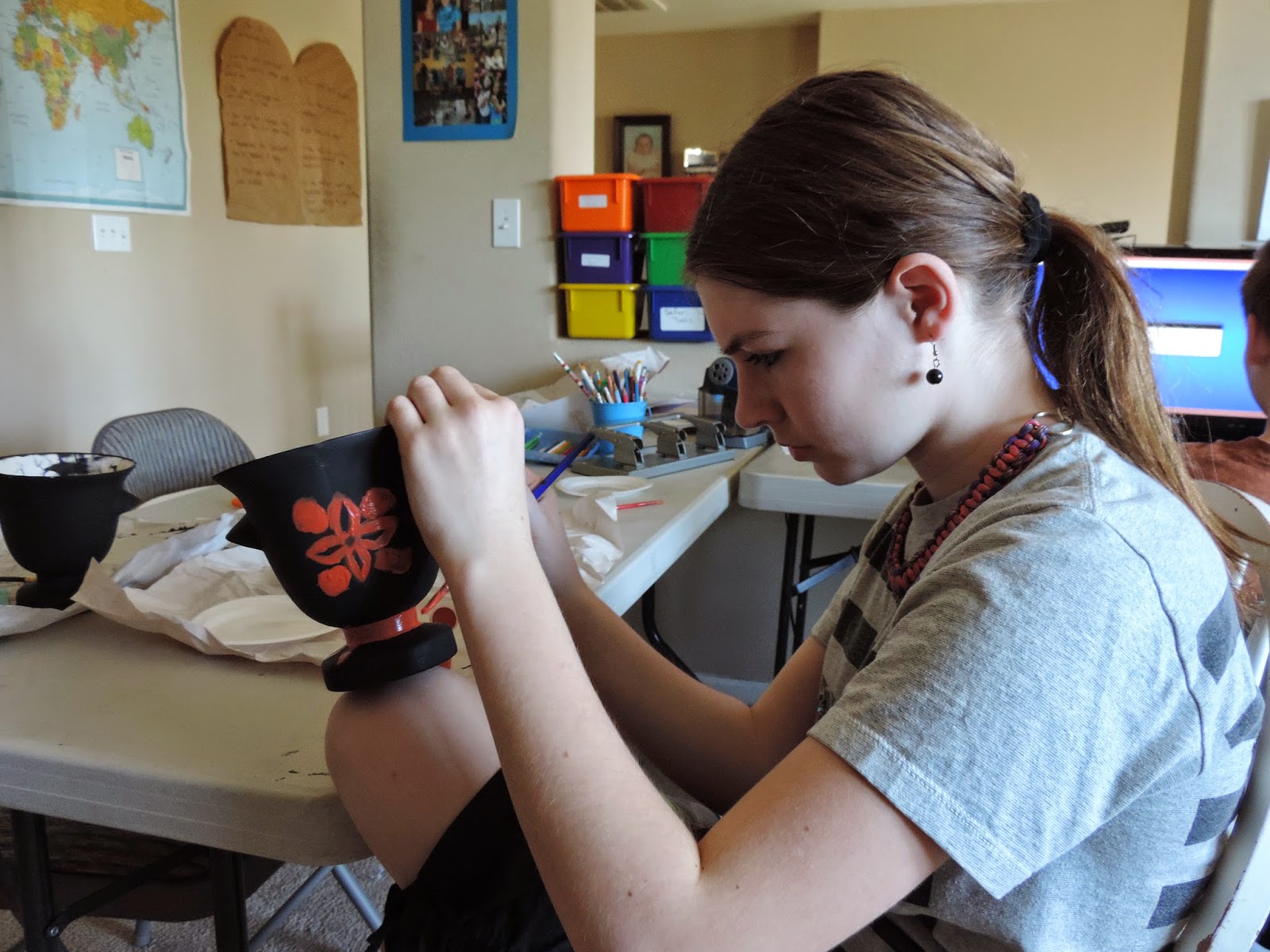 Although the suggested motifs involved people, none of my students were brave enough to attempt the human figure on their pots. 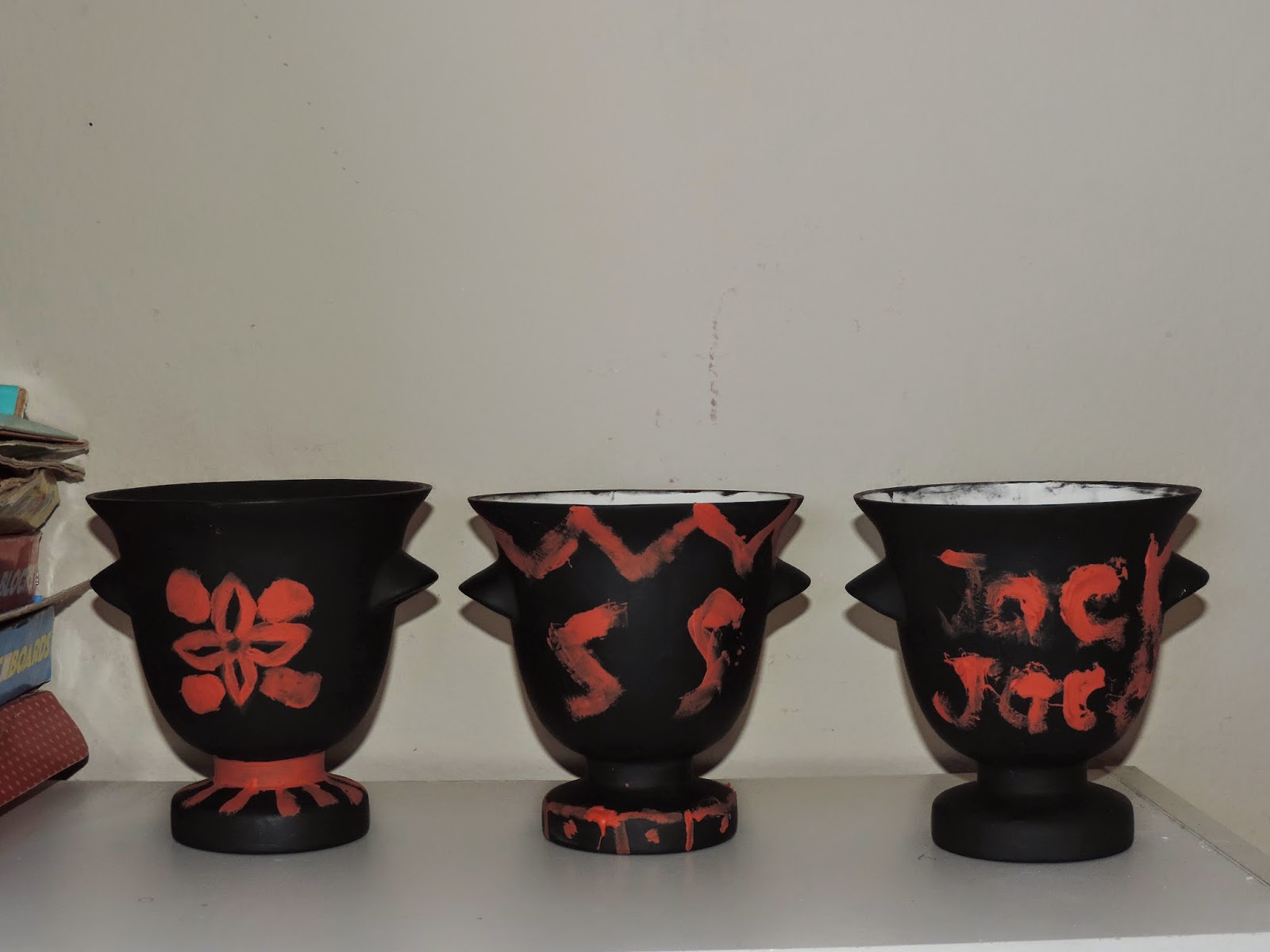 And the finished trio.

Remember my review of The Queen's Handmaid?  Well, after I finished it, Brianna read it, and she liked it so much that she picked up more from the library.  She's already finished Garden of Madness

and Pompeii: City on Fire 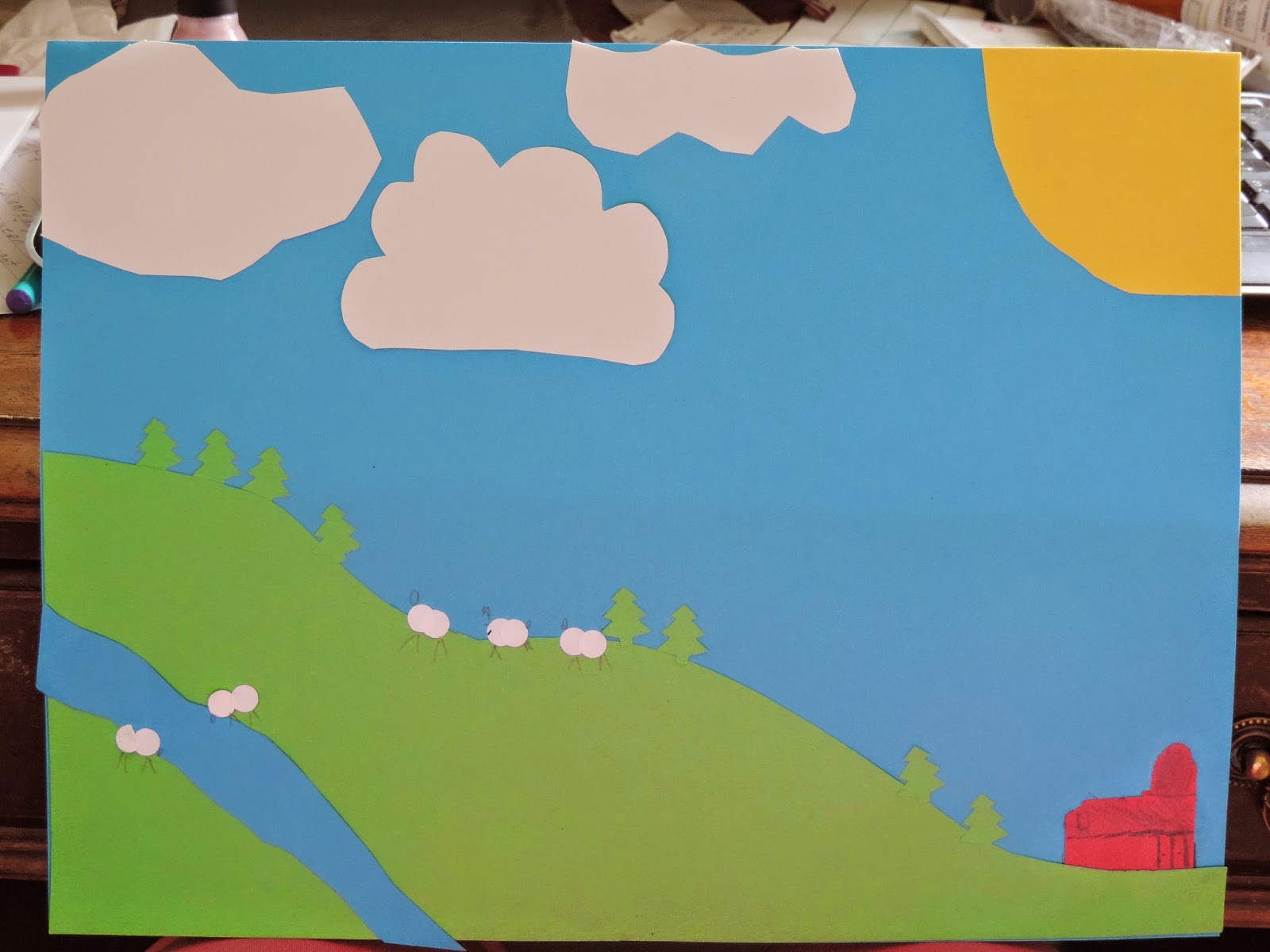 This really should have gone into the ARTistic Pursuits review, but the photo was still on my camera.  It's Eli's cutout farm.  He used hole punches for the sheep and the trees. 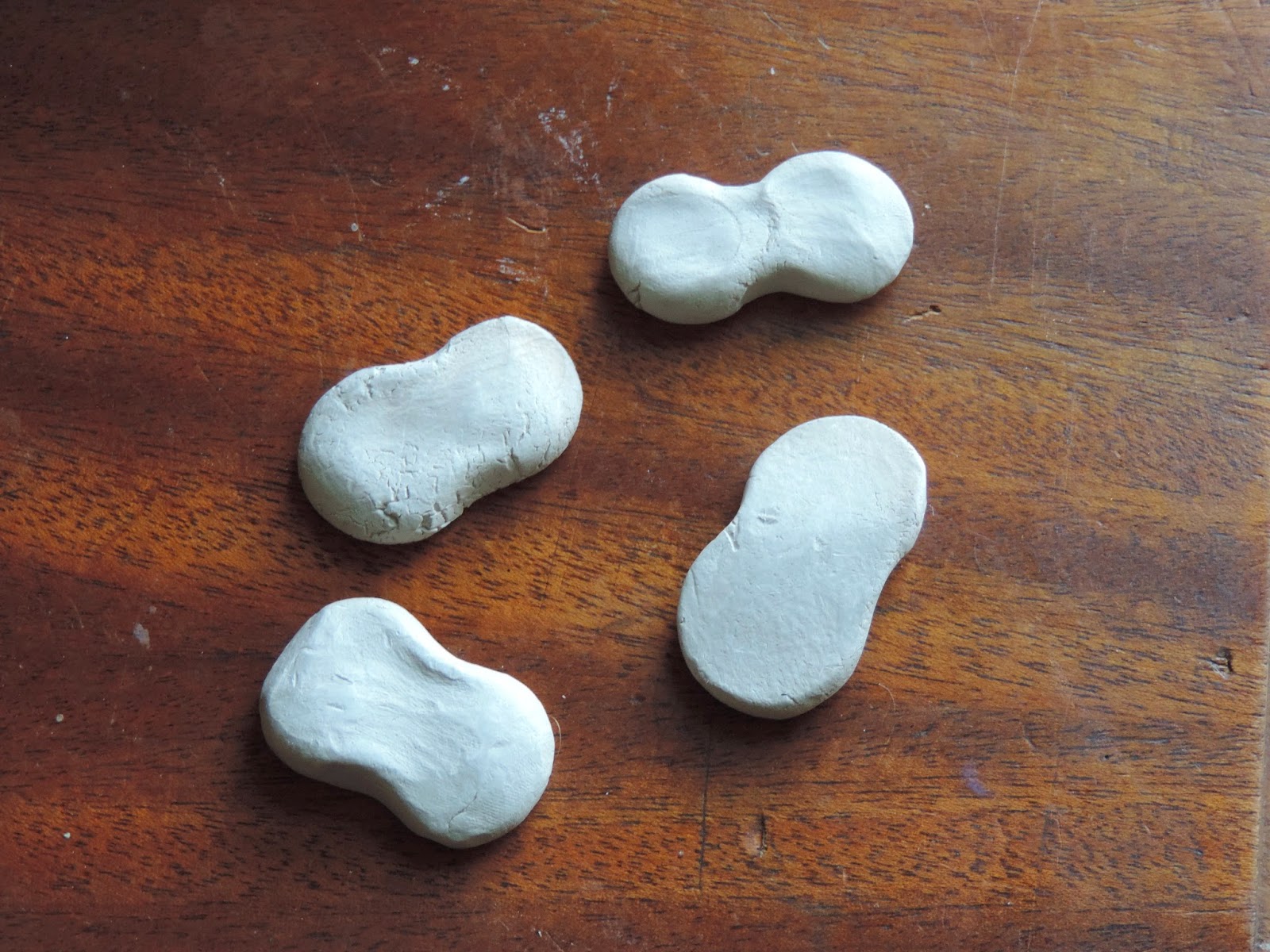 We made knucklebones, an ancient Greek game that was played with the ankle bones of small animals.  That was sort of a flop, actually.  Now I keep finding broken bits of clay around the schoolroom. 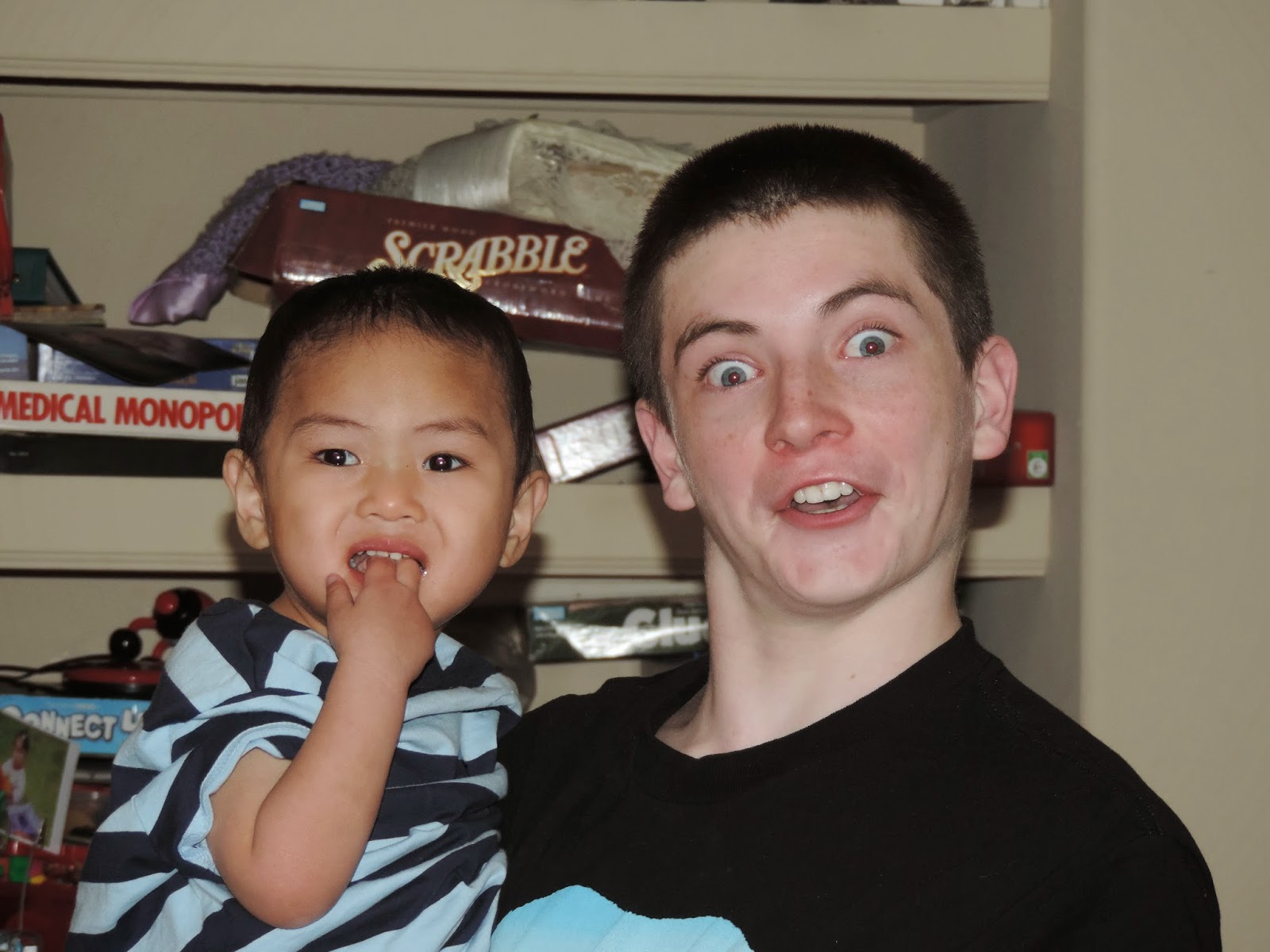 These next two photos are for the people who ask, "Where's Luke?" in our weekly photos.  His wheelchair should be finished by his birthday (July).  His physical therapist suggested that perhaps we should have him seen by a GI doc, as she thinks he may have reflux, but his feeding therapist said he doesn't present like a kid with reflux, so I guess we'll bring it up with the neurologist next week and see what says. 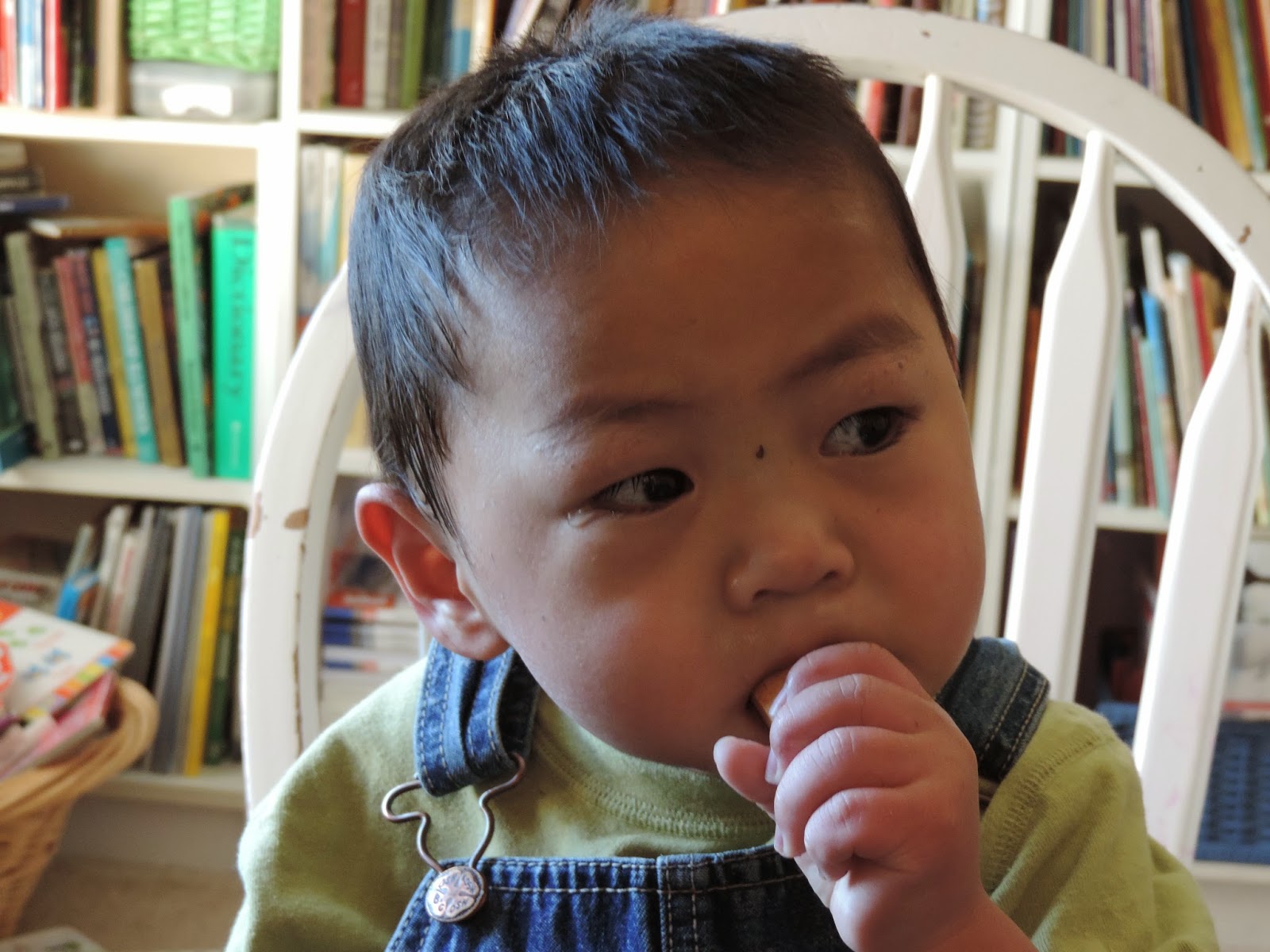 I gave him the "bone" (crust) of my pizza and while he managed to eat the part that stuck out, he couldn't figure out how to open his fist and consume the rest.  He got mad because he wanted more, and I think he even understood that he had more, but he couldn't access it.  It's very frustrating.  Sometimes he can drink from a straw cup, and sometimes he can't.  There's no rhyme or reason to it, that we can figure out. 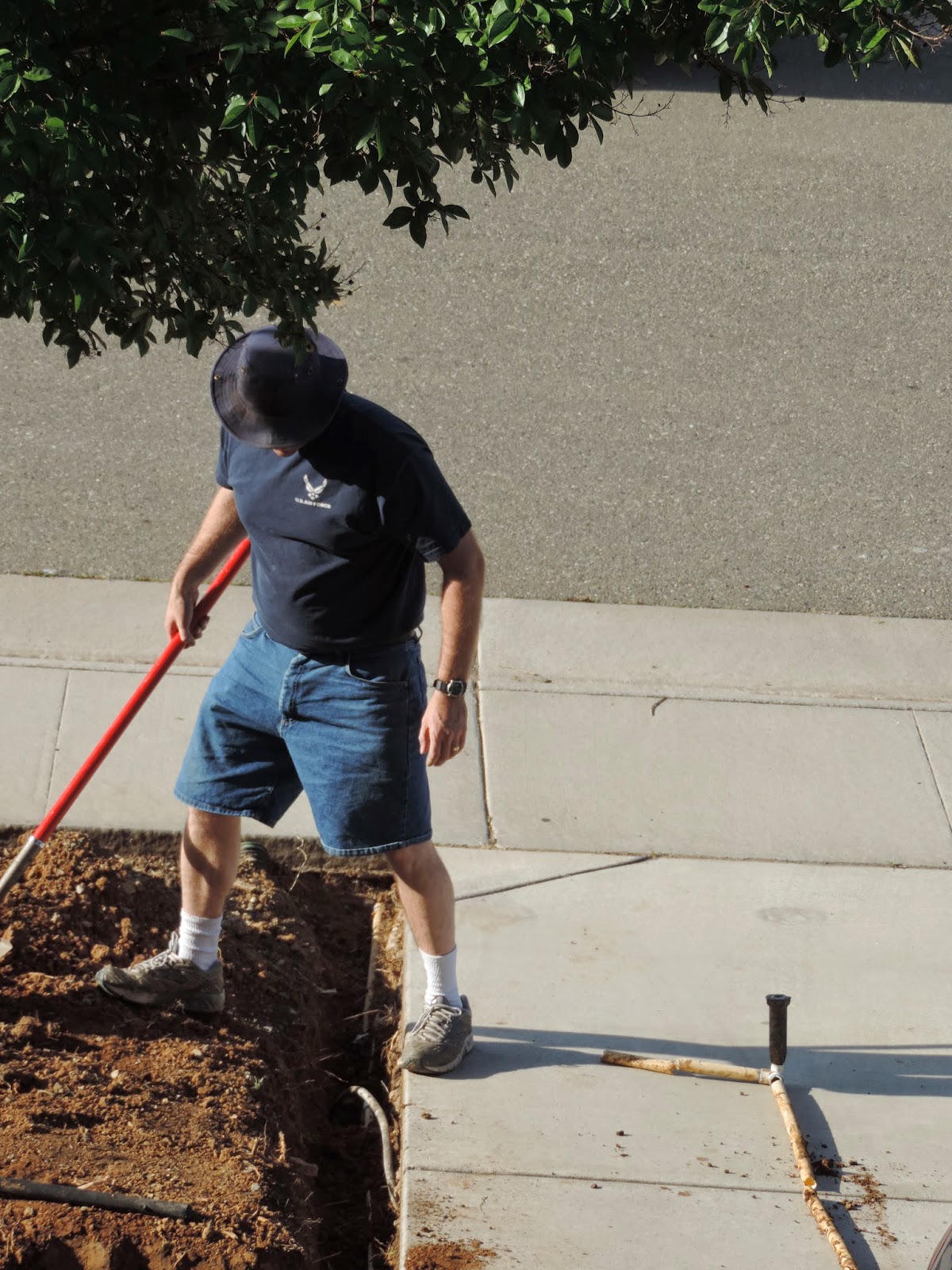 Paul's got the front yard torn up, working on the sprinkler system. 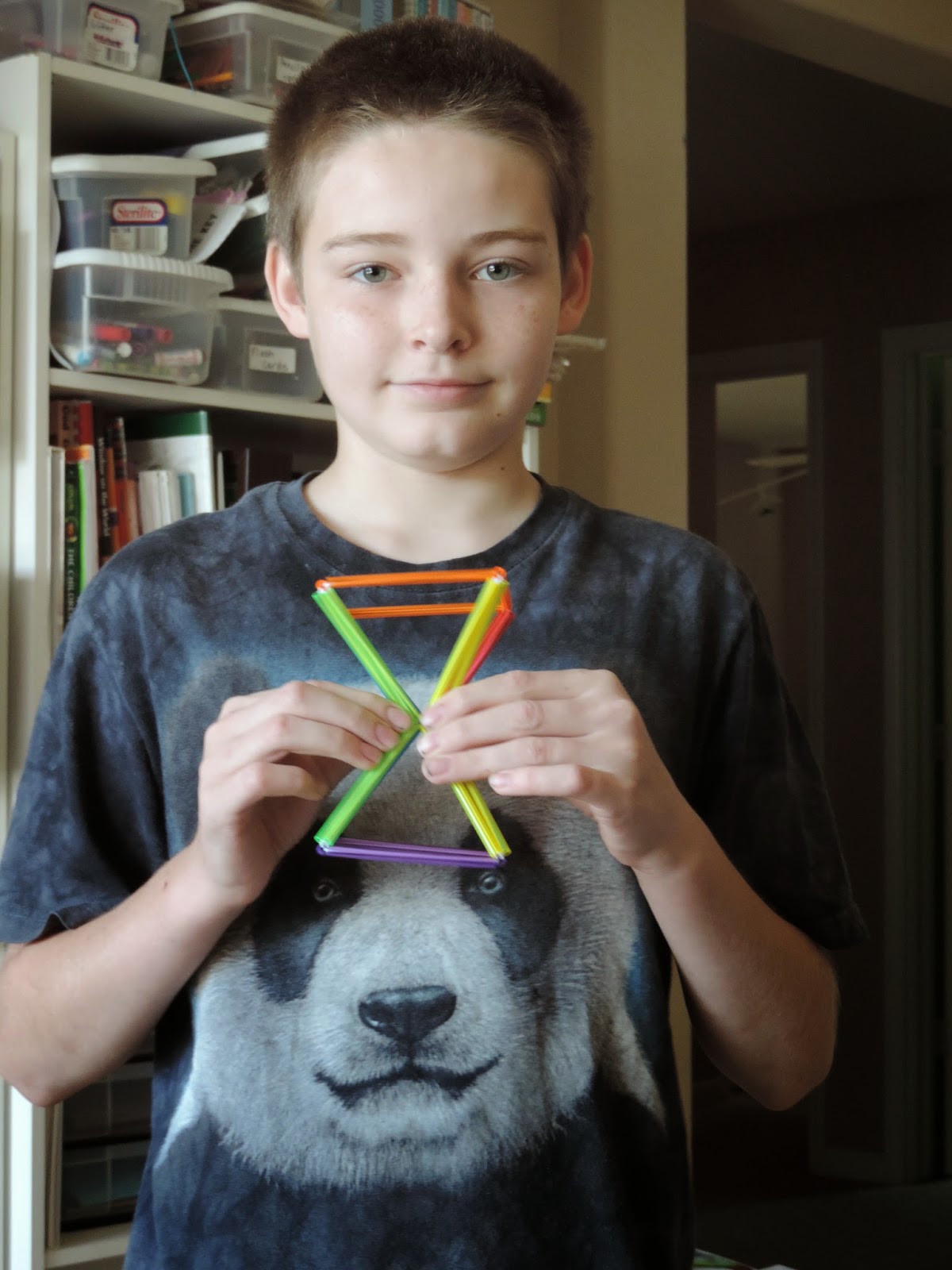 ."  Eli is showing the latest in the collection. 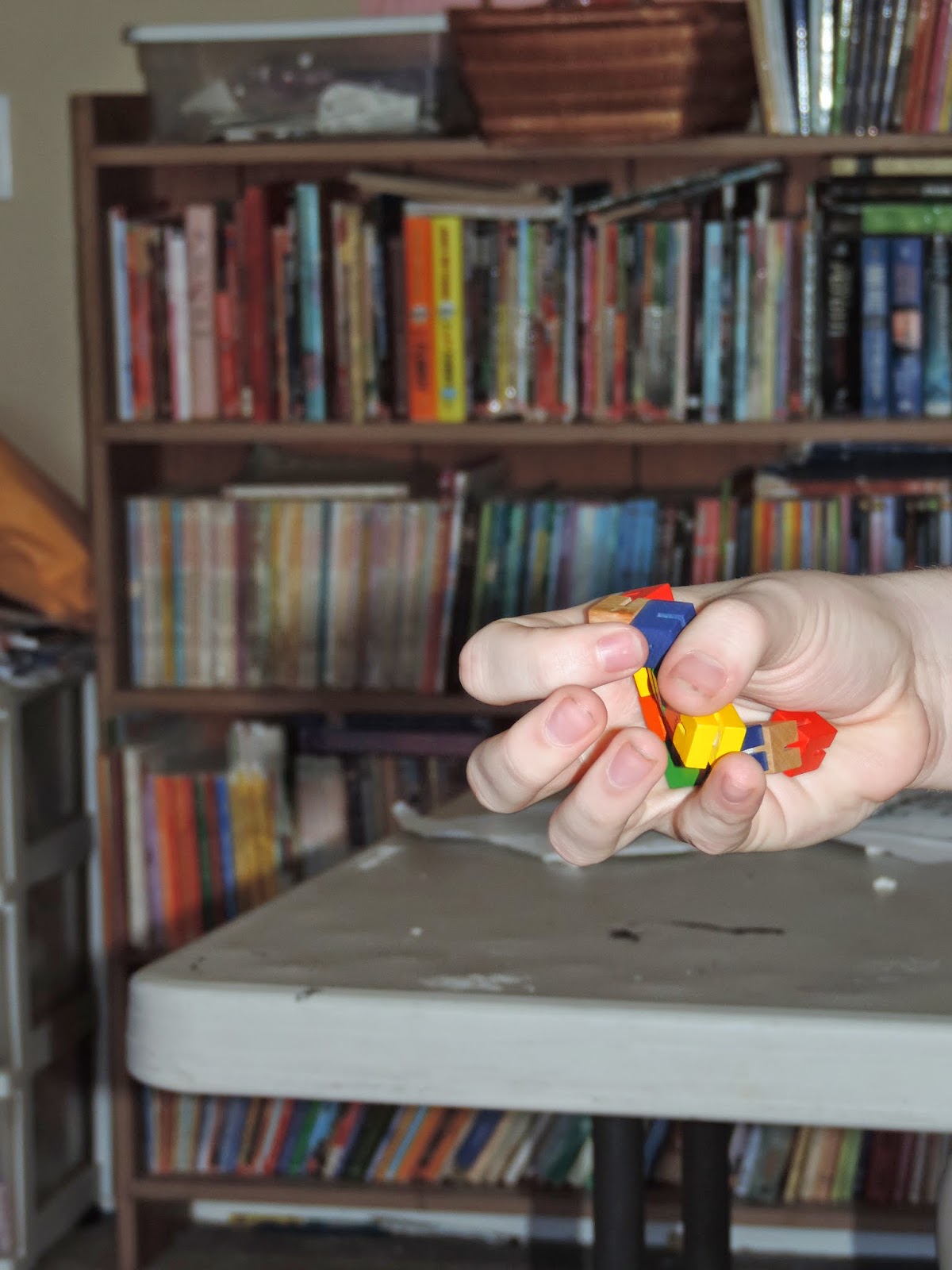 I actually got this one for the changing table, hoping Luke would take an interest in it, but Sam plays with it far more than Luke ever has.  Luke won't even hold it. 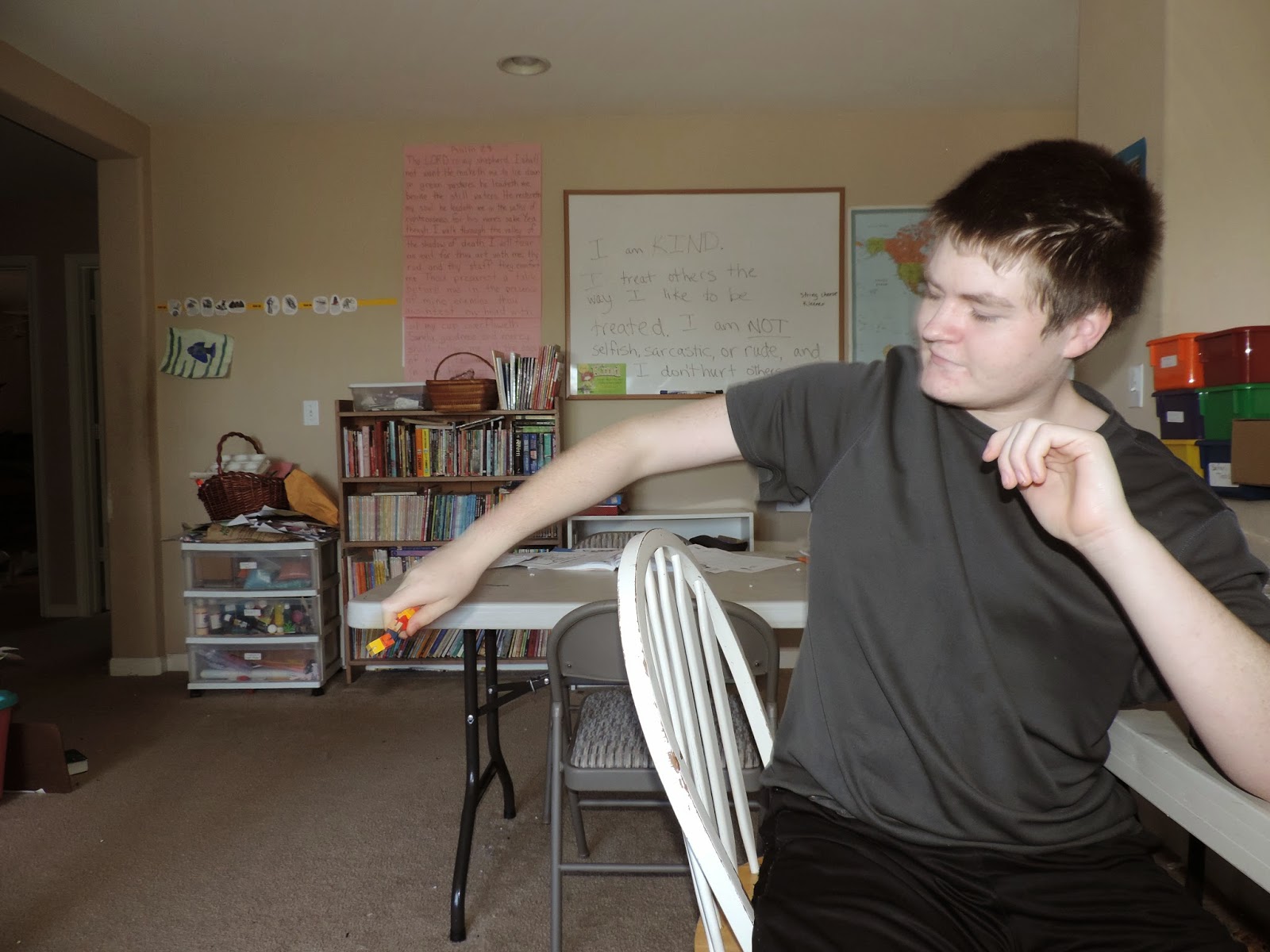 And this is stealth mom, sneaking a picture of Josiah, while he thinks I'm focusing on the fidget he's holding. 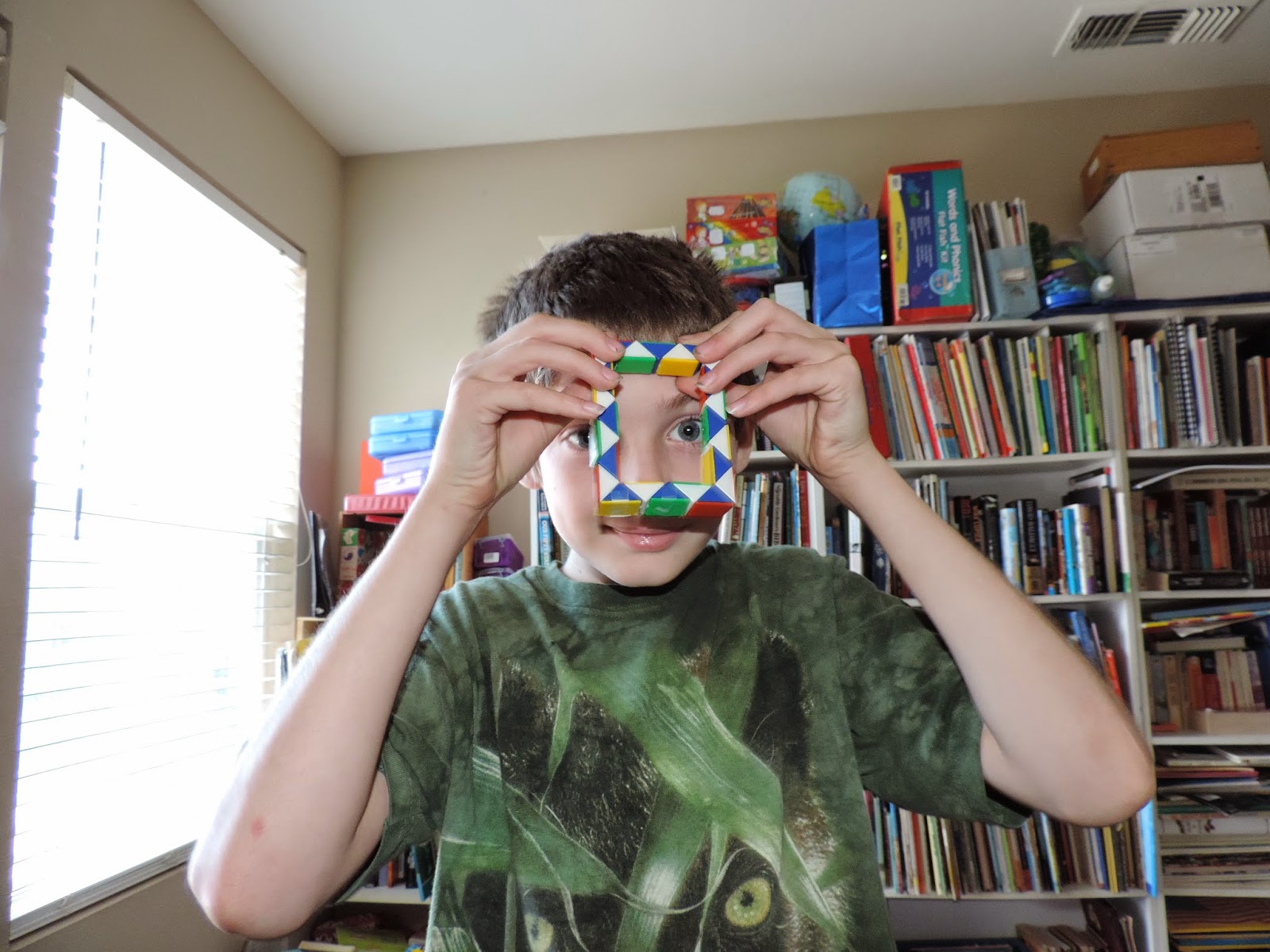 Jack has a classic fidget, a smaller version of one I played with as a kid. 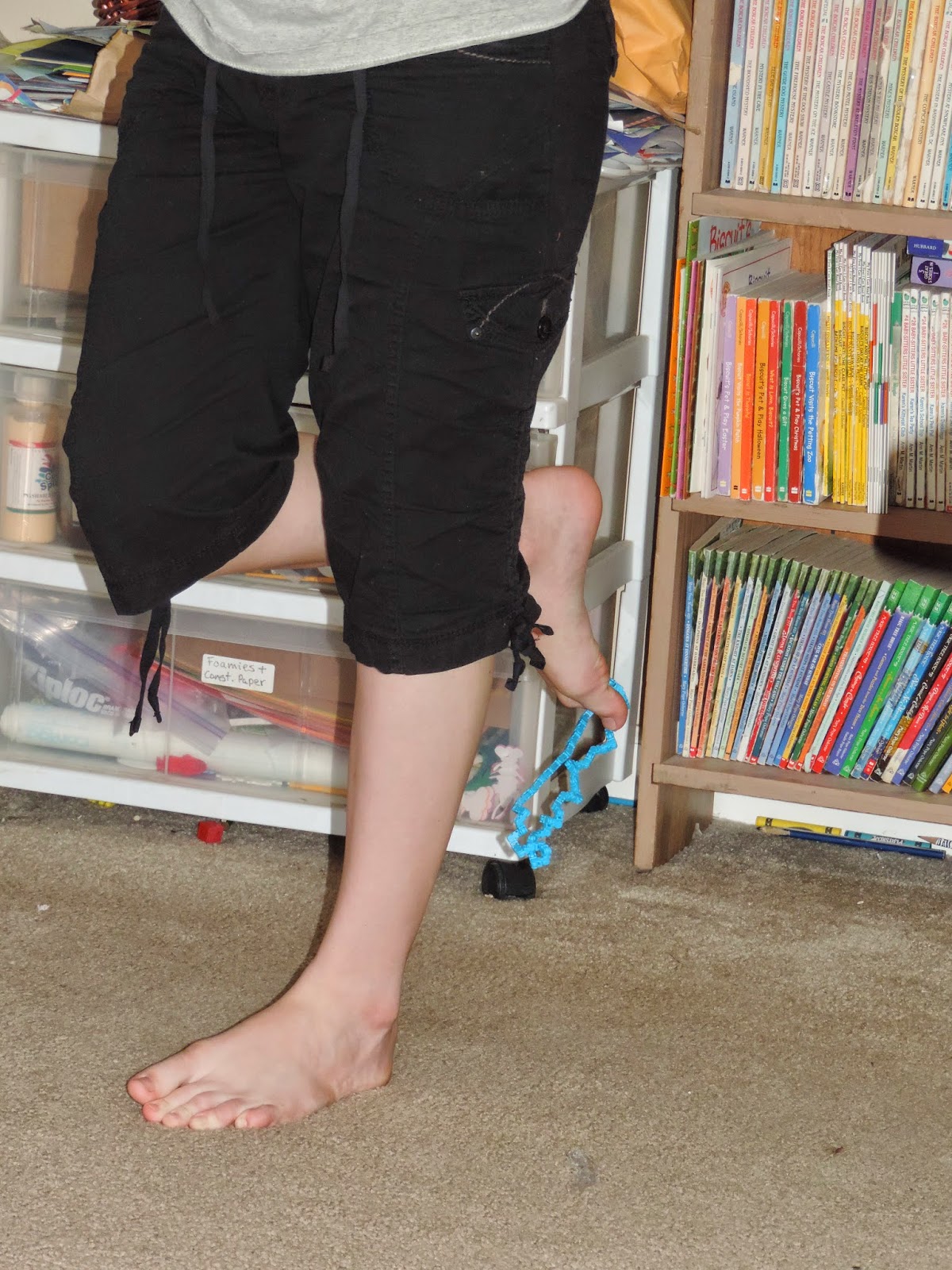 I tossed this one to Brianna, who didn't want to touch it with her hands because Sam had played with it.  :eyeroll:  Sam is the one who gets the most out of these.  I keep them handy so he doesn't mess with the stuff on my desk when we watch Netflix together.  He destroys my pens! Oh look!  We do homeschool!  Here's Eli working on his CTC Math.

Looking forward, I hope to get another science kit out while Hannah's home so she can get in on some of the fun we have around here.  She got another Zoobean book, The Pet Dragon

, which I look forward to reading to the girls next week. Looks like a good one!