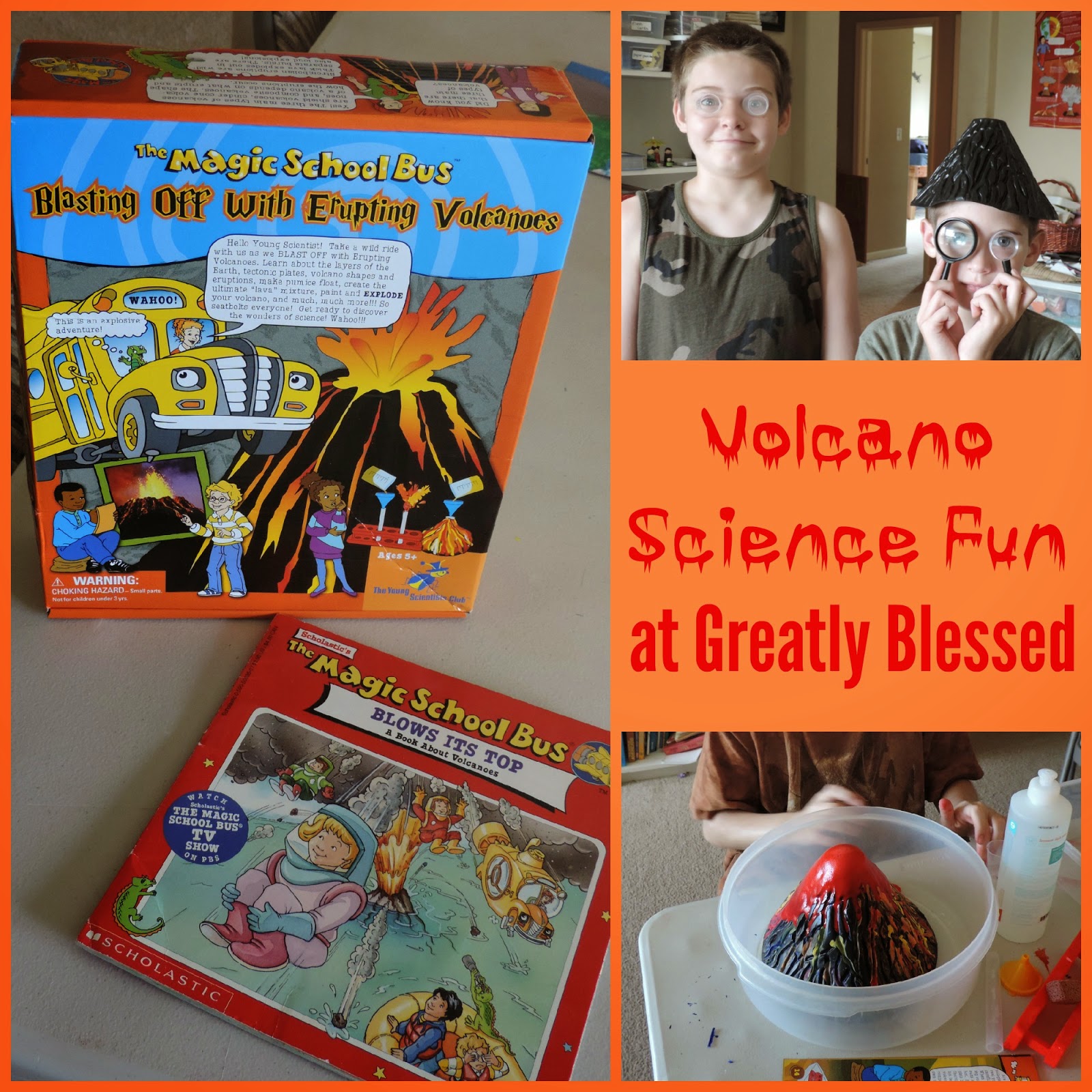 Now that we've started "summer school" we're doing some of the fun stuff that we don't get to during the regular school year. 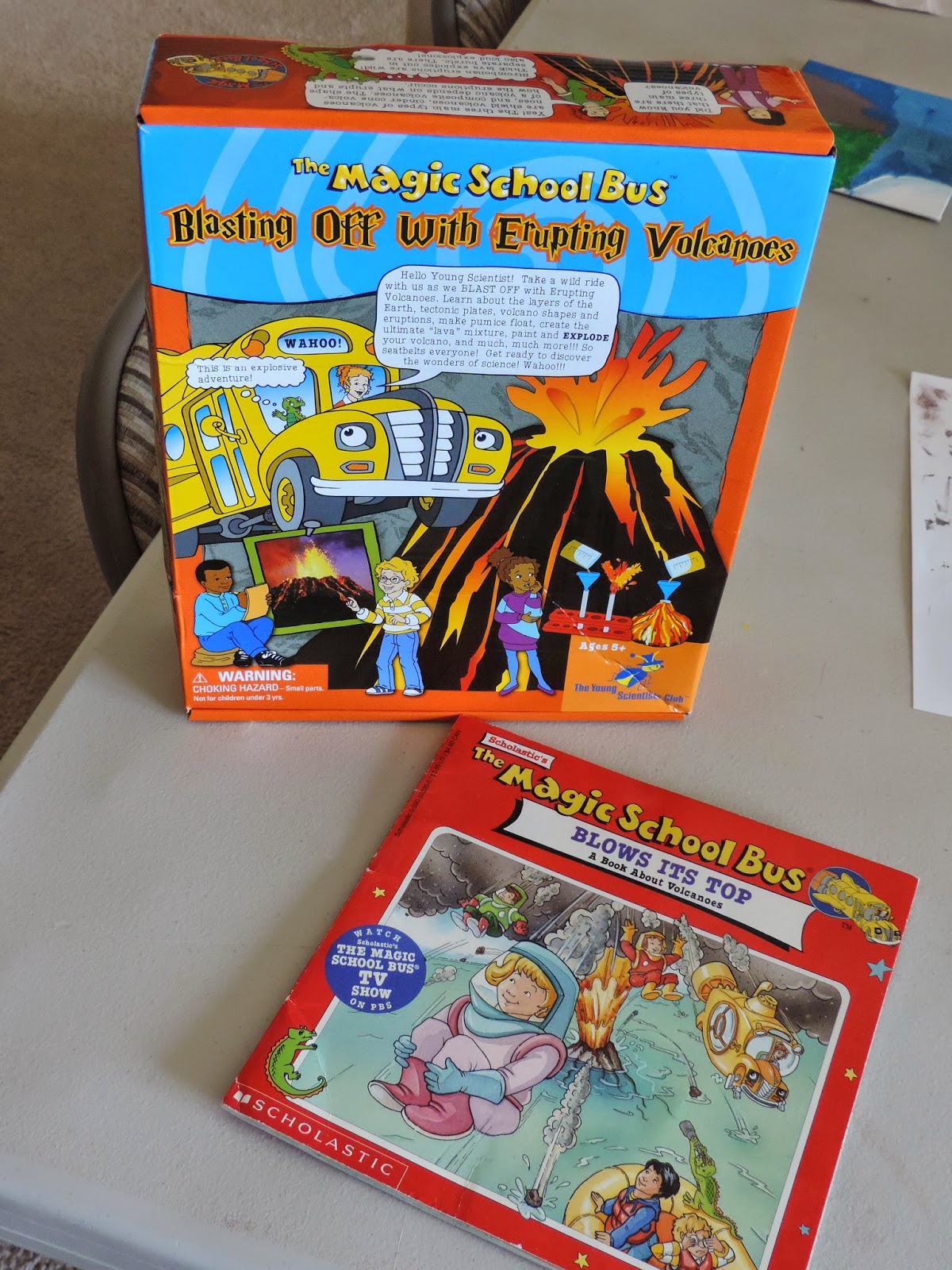 I got a set 5 of these Magic School Bus science kits over at Educents a while back, and since we read about the Greek island of Thera erupting violently arount 1450BC this week, it seemed like a good time to get the volcano kit out. 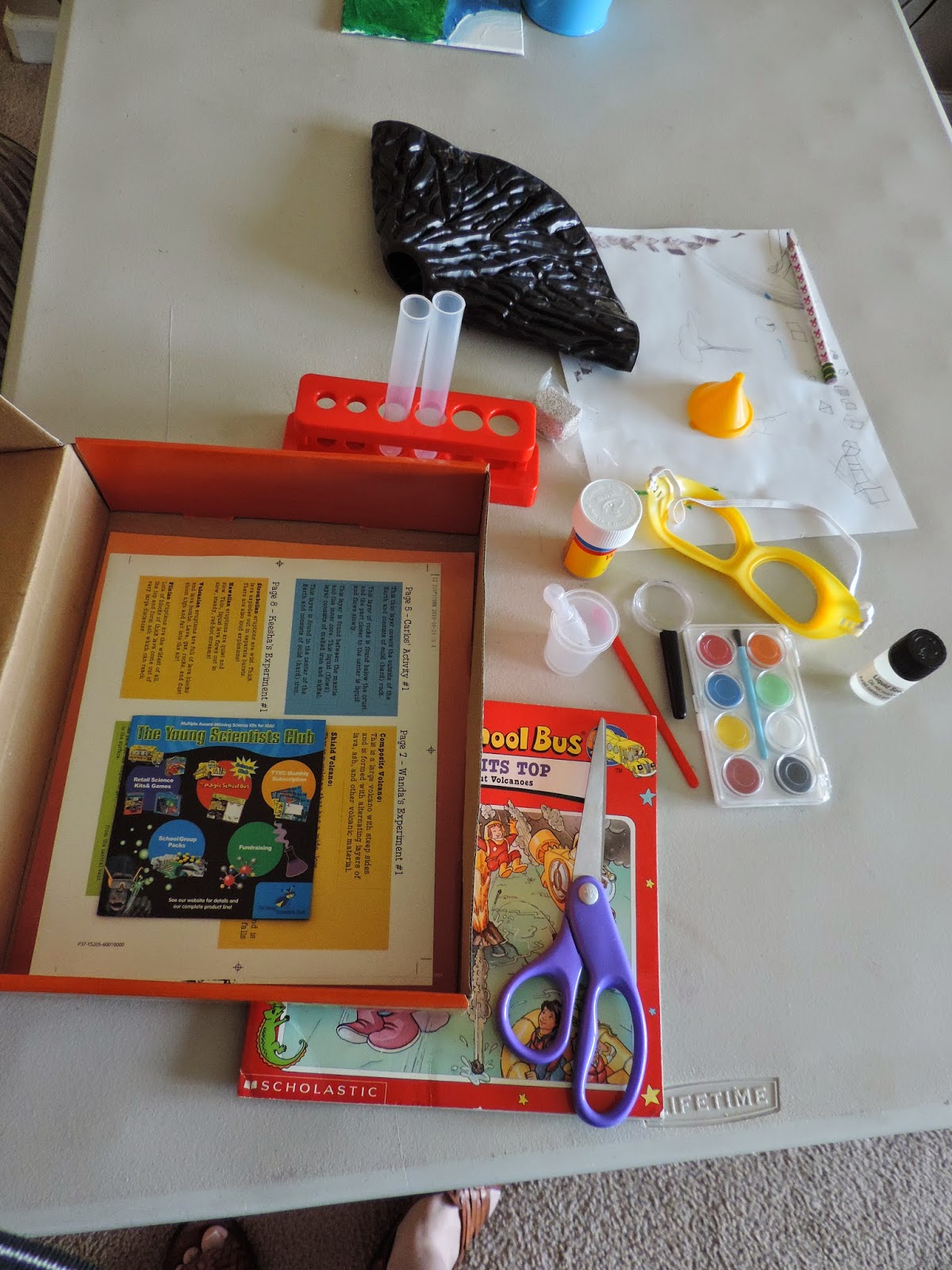 Opening the kit, which has everything except the baking soda and vinegar. 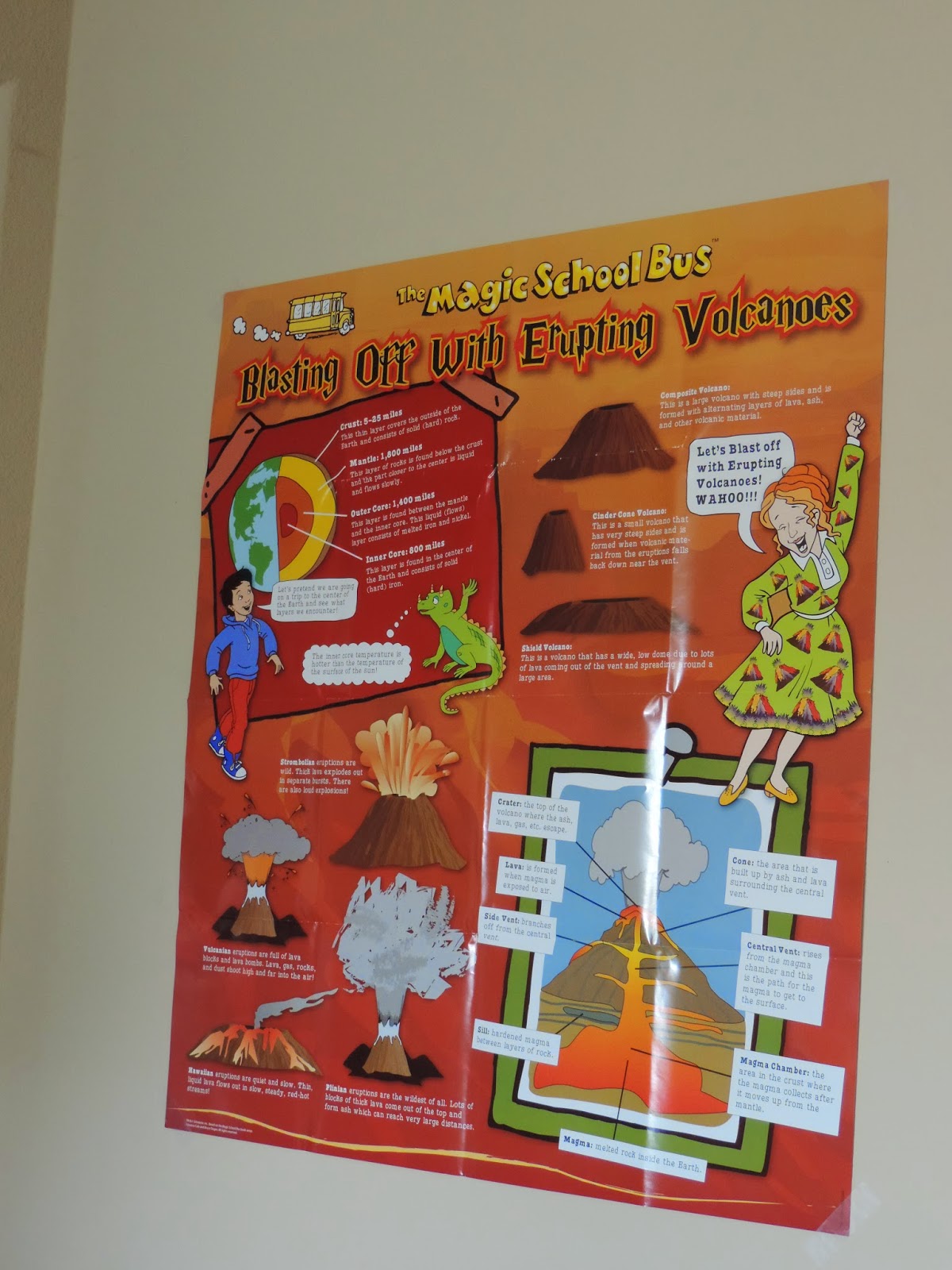 We have the volcano poster up on our school room wall. 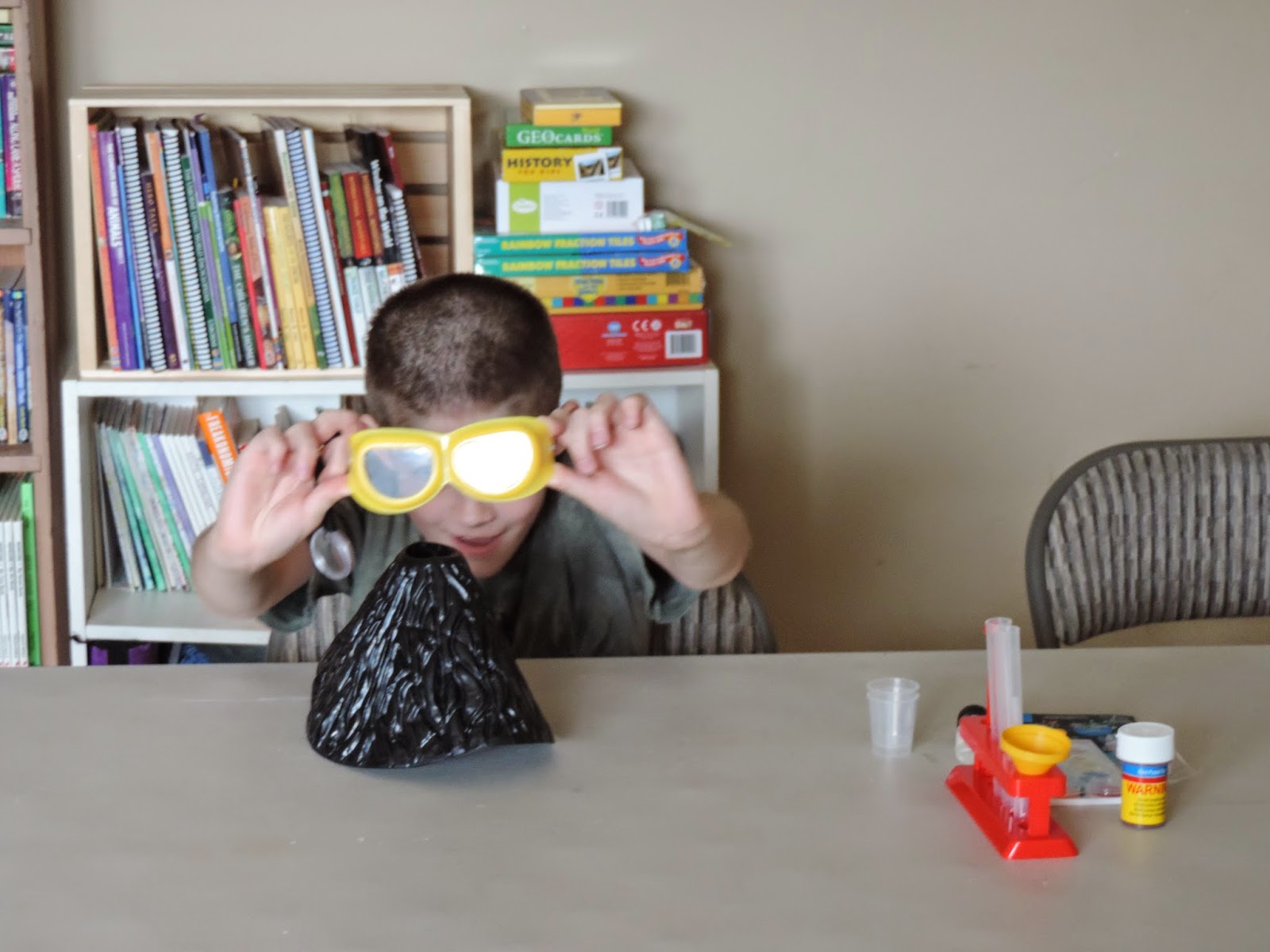 What is it about new science supplies that makes everybody want to play with them? 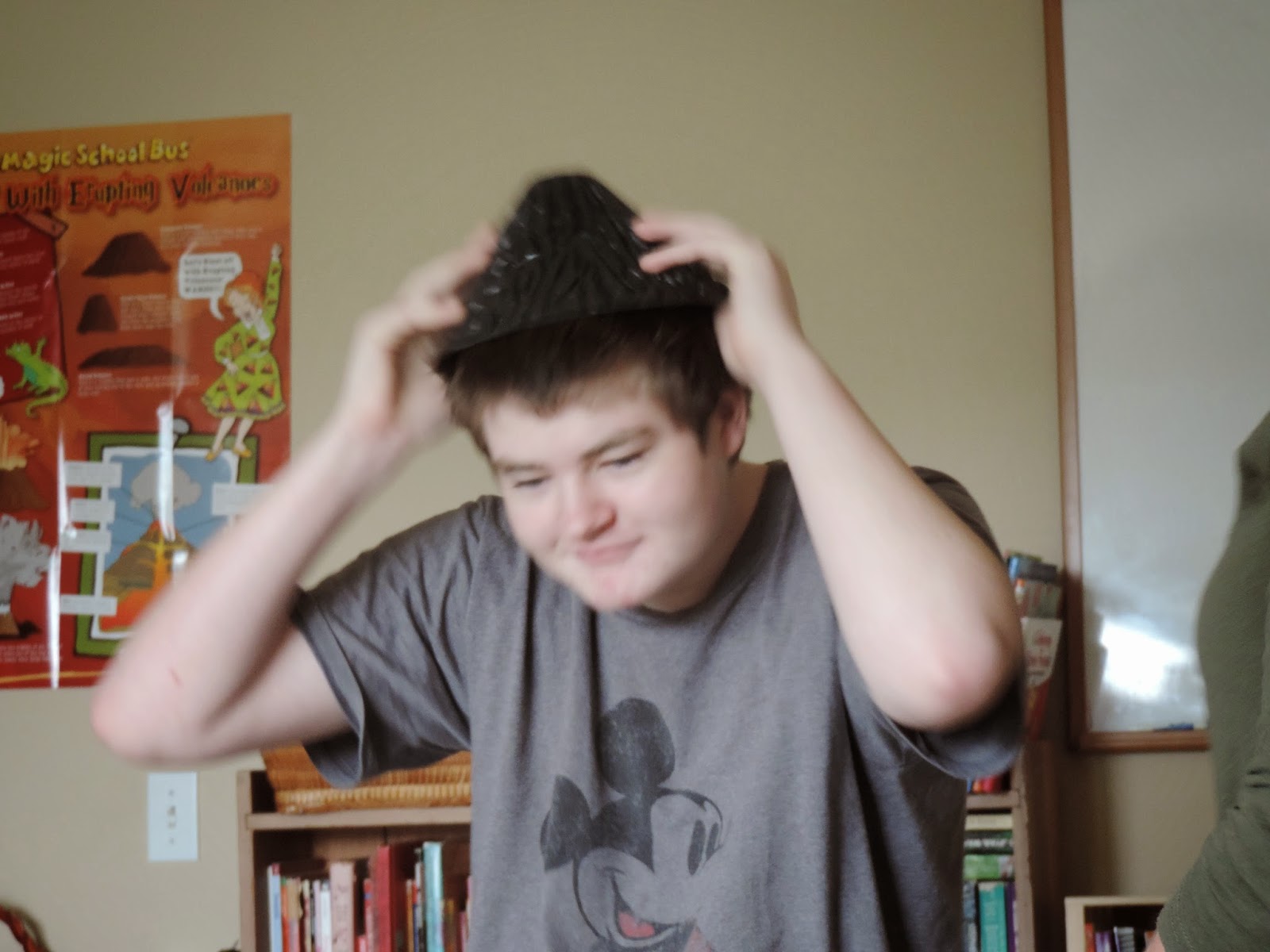 And I do mean everybody!  (This is rare footage--he doesn't like to be caught on camera.) 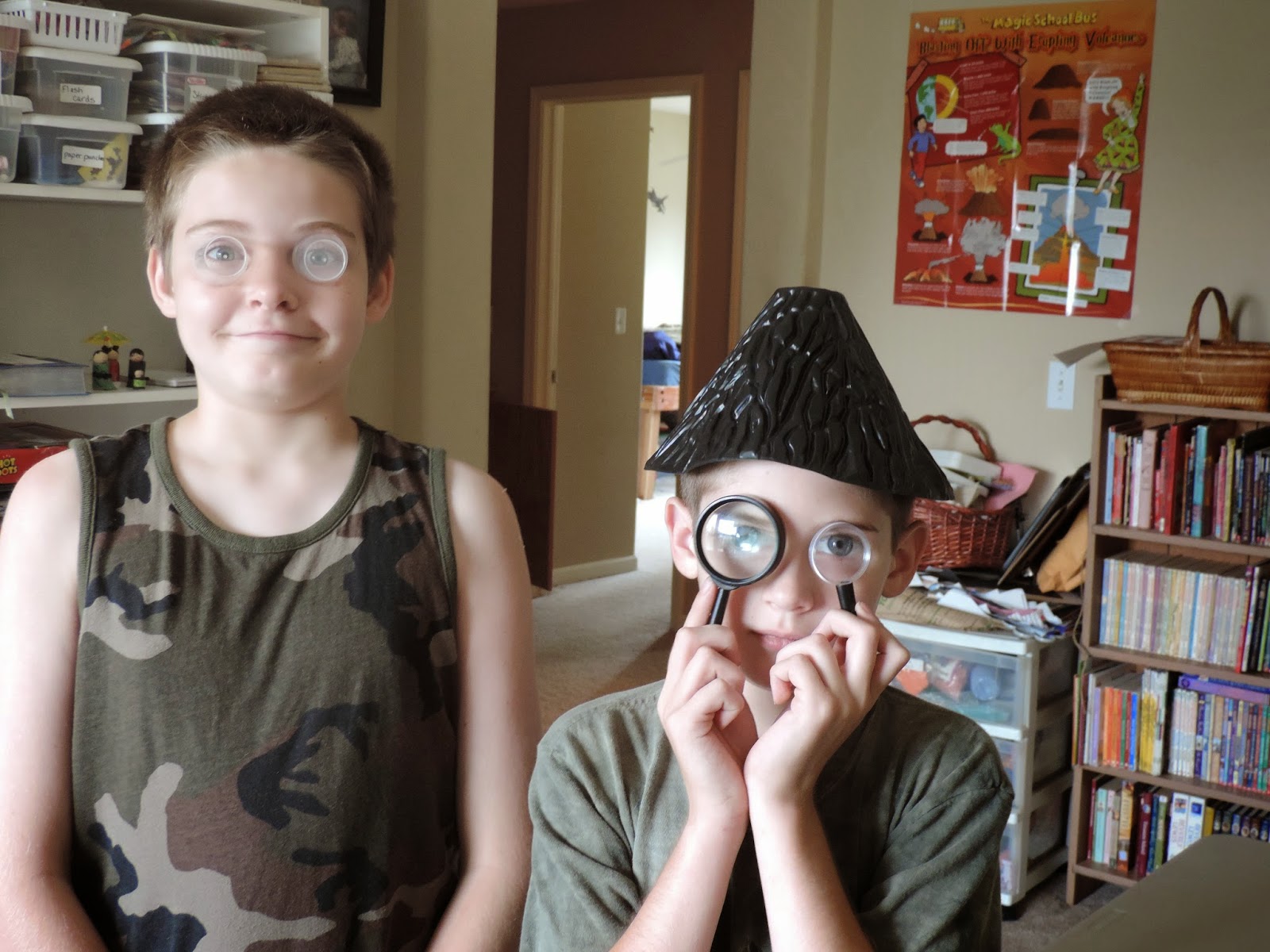 They look ready to learn, right? 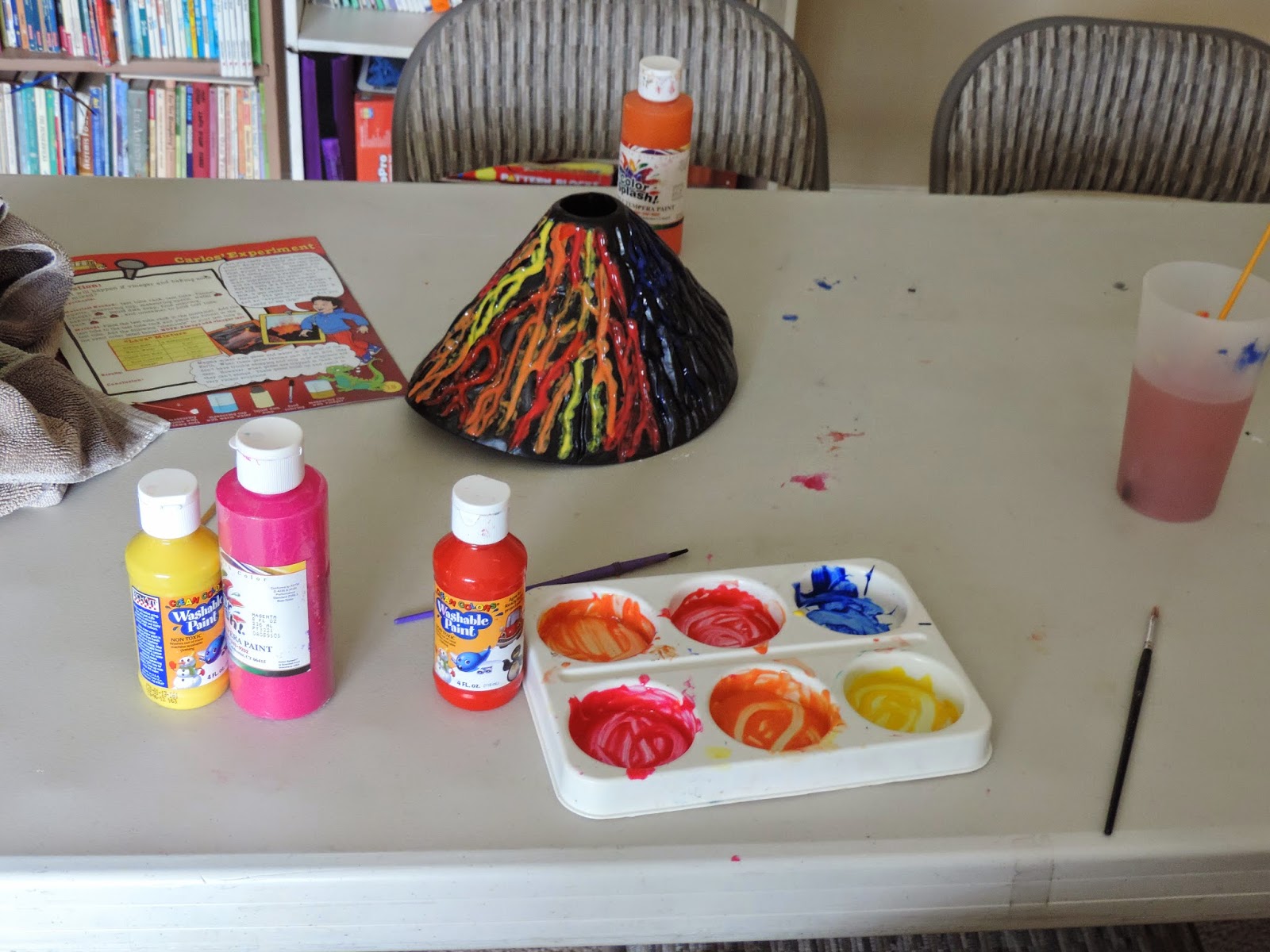 The kit came with watercolors for painting the volcano, but we quickly switched to tempera paints, because the watercolors weren't effective.  For some reason, Eli thought his part of the volcano needed to be blue. 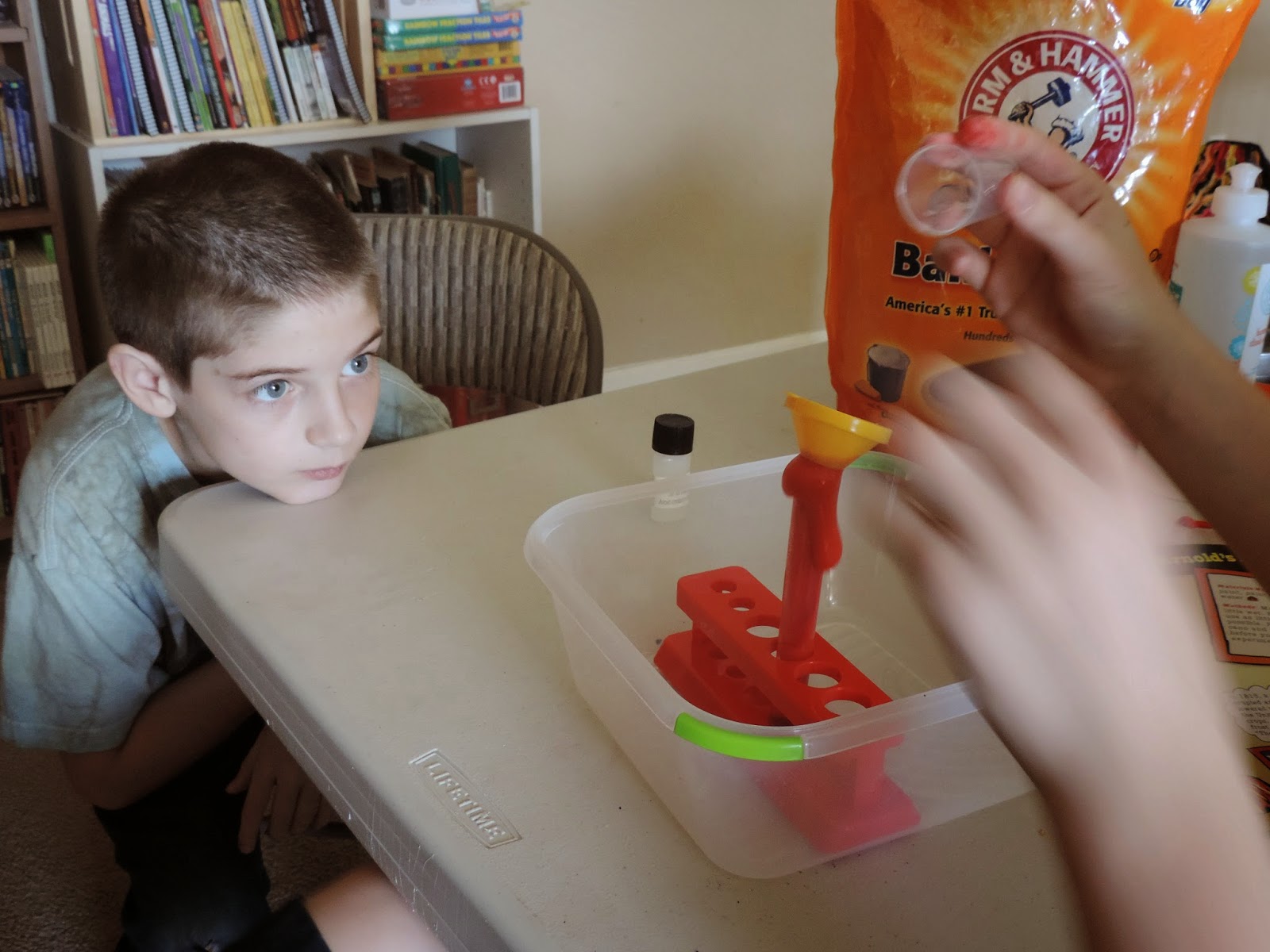 After reading our volcano book

(purchased separately) and going through the kit notebook, it was finally time to start experimenting with different "lava" recipes. 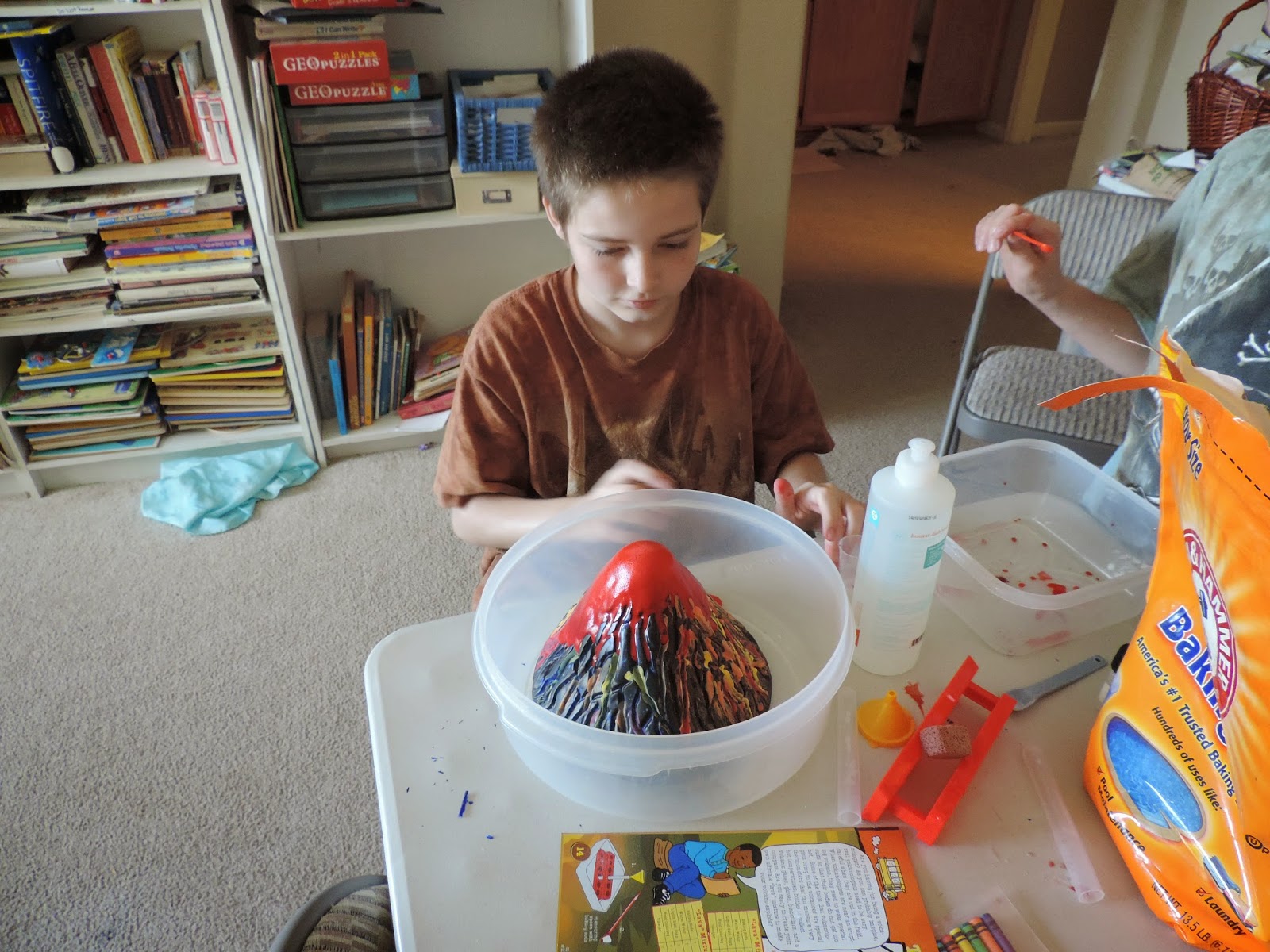 And then it was time to make the volcano erupt!  The kids had a lot of fun with this part, setting it off over and over until all their hands looked like this: 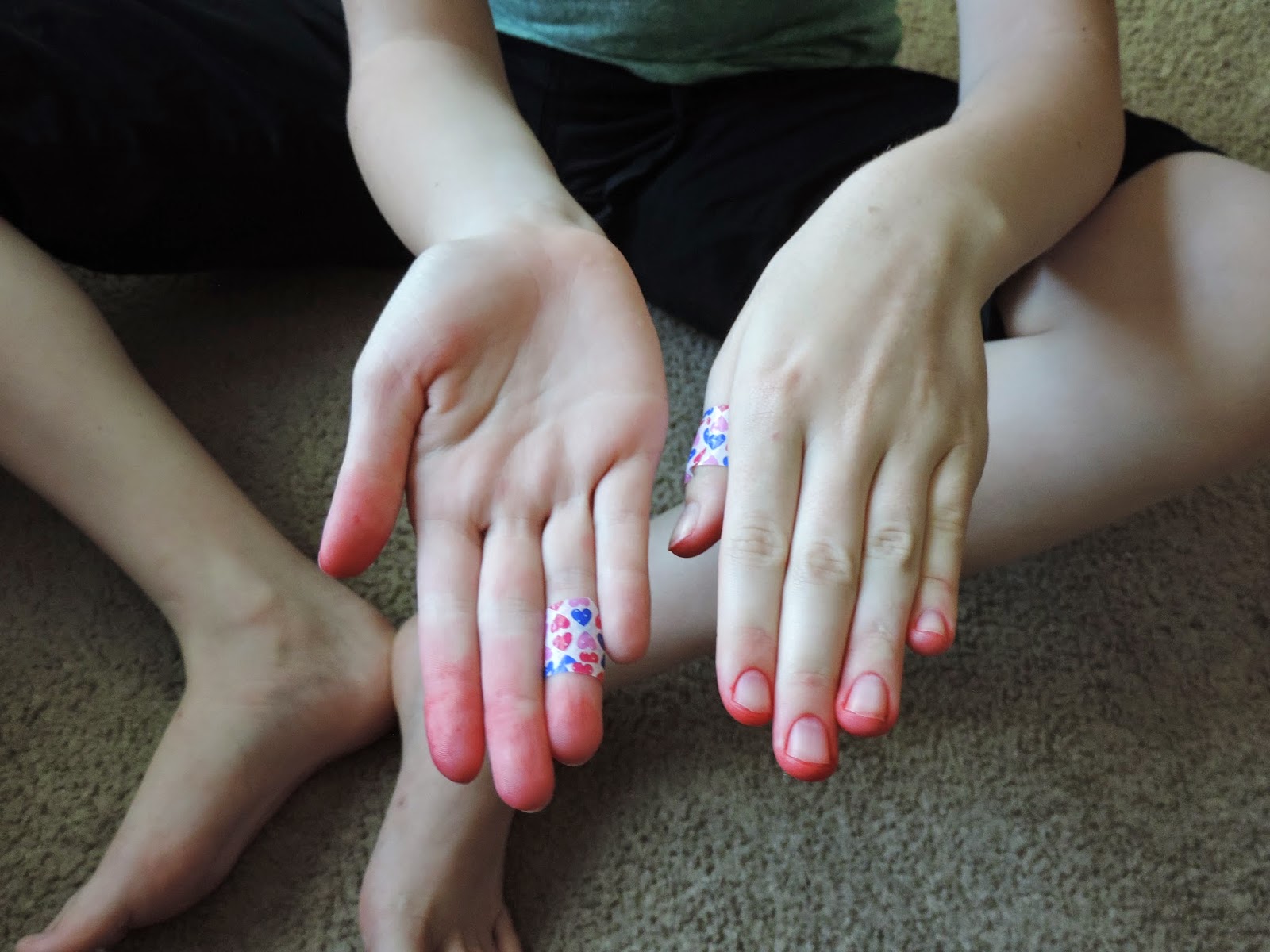 And that's AFTER washing with soap.  I used to dye fabric with my friends, so to me, dyed hands mean fun was had.

So, what did we learn?  Well, we learned the 3 types of volcanos and how they form.  We learned about chemical reactions.  And we learned how pumice stone (which was included in the kit) is created, and that it FLOATS!  Floating rock just sounds like an oxymoron, doesn't it??

We've still got a couple of these kits left.  Hopefully we'll get a chance to work on them this summer.  Oh, and if you're curious, we did Rainbow Science a while back.