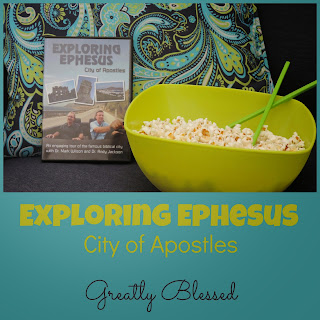 I just love it when we get to review something that ties in with what we're currently learning, or reviews something we've studied in the past.  Exploring Ephesus - City of Apostles from FishFlix.com was one of these products.  We received a physical DVD, which I watched with my boys.  It was a nice review of the Roman era we learned about at the beginning of the school year.

This DVD takes you along as the two narrators explore not just Ephesus, but also the surrounding region, including the Isle of Patmos, which belongs to Greece now.

It was amazing to see some of the sights that we read about earlier this year, including the Temple of Artemis, one of the Seven Wonders of the Ancient World.  I did not know prior to watching this movie that Turkey is considered "the other Holy Land" as much of the New Testament is either written as letters from or to cities within Turkey. 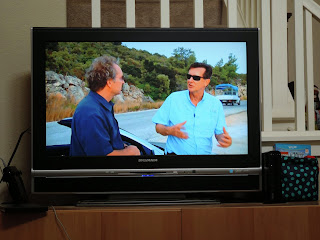 The two narrators talked to each other as they explained what we were seeing, and the significant events that took place at various locations. 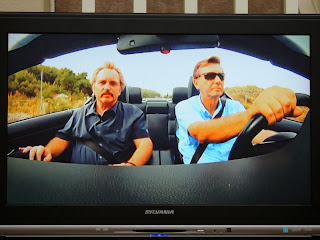 My kids pointed out that the guy on the left is not wearing his seat belt correctly as they're zipping along in a convertible BMW, which looked like a lot of fun!  I had noticed that already, and simply explained that we don't know what the seat belt laws in Turkey are. 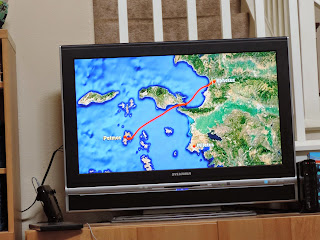 Between the incredible scenery, and the back and forth dialog between the narrators, there were lots of map shots to make sure viewers knew the location of what was being discussed. 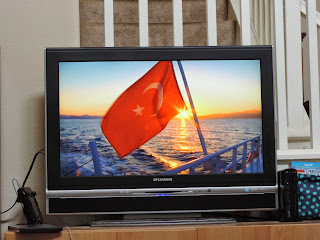 I particularly appreciated that there were several shots of Turkey's flag in the film.  I felt it really help to cement the idea that Biblical Ephesus is located in modern day Turkey.

This DVD made me want to add Turkey to my personal travel wish list.  I can't imagine how amazing it would be to walk in the places the apostles walked.  "Oh, here I am at Priscilla and Aquila's house, you know, where the Early Church met?"  Mind blowing. 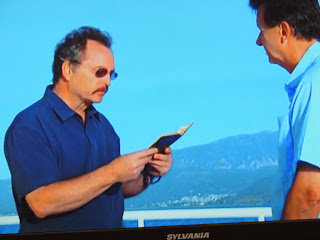 Several times during the movie, the narrators read from the scriptures, passages that were relevant to the locations being viewed.  Mostly, they talked about Paul, and his journeys, but John and his Revelation were mentioned, as well.  The artwork below is from the church built over the site where the Revelation is said to have occurred. 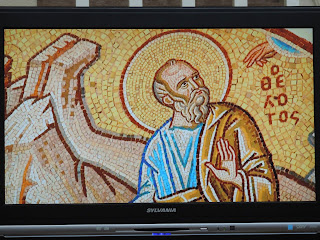 Having studied Byzantine art this year, my boys could recognize mosaics, and the style of the artwork was familiar to them.  Another bit of art that interested us were the crumbling frescoes, which included the oldest known portrait of the apostle Paul.

Exploring Ephesus takes you into caves, on the Aegean Sea, and to gorgeous ruins.  The scenery really is breathtaking.  It would be a lovely addition to a study of New Testament history, and would be a great movie to have in a church library.  This DVD is currently selling for $11.99, and is appropriate for the whole family.

To read what other Crew families have to say about not only this movie, but also 5 other films from FishFlix.com, please click the box below: