Our Week - with an Aztec Sculpture craft 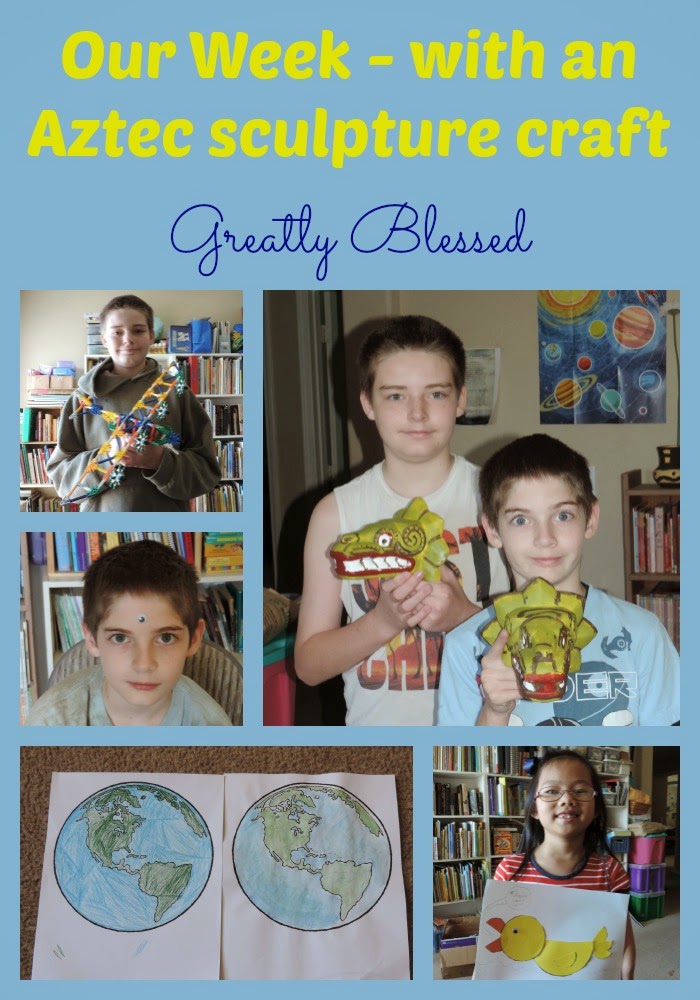 We are enjoying having Hannah home with us, since her class at school is "off track" for the entire month of May.  Crazy track system.  I'm so glad she'll be homeschooling with us next year, and we'll only have ONE outside school schedule!  3 different schools plus homeschooling got to be a bit crazy. 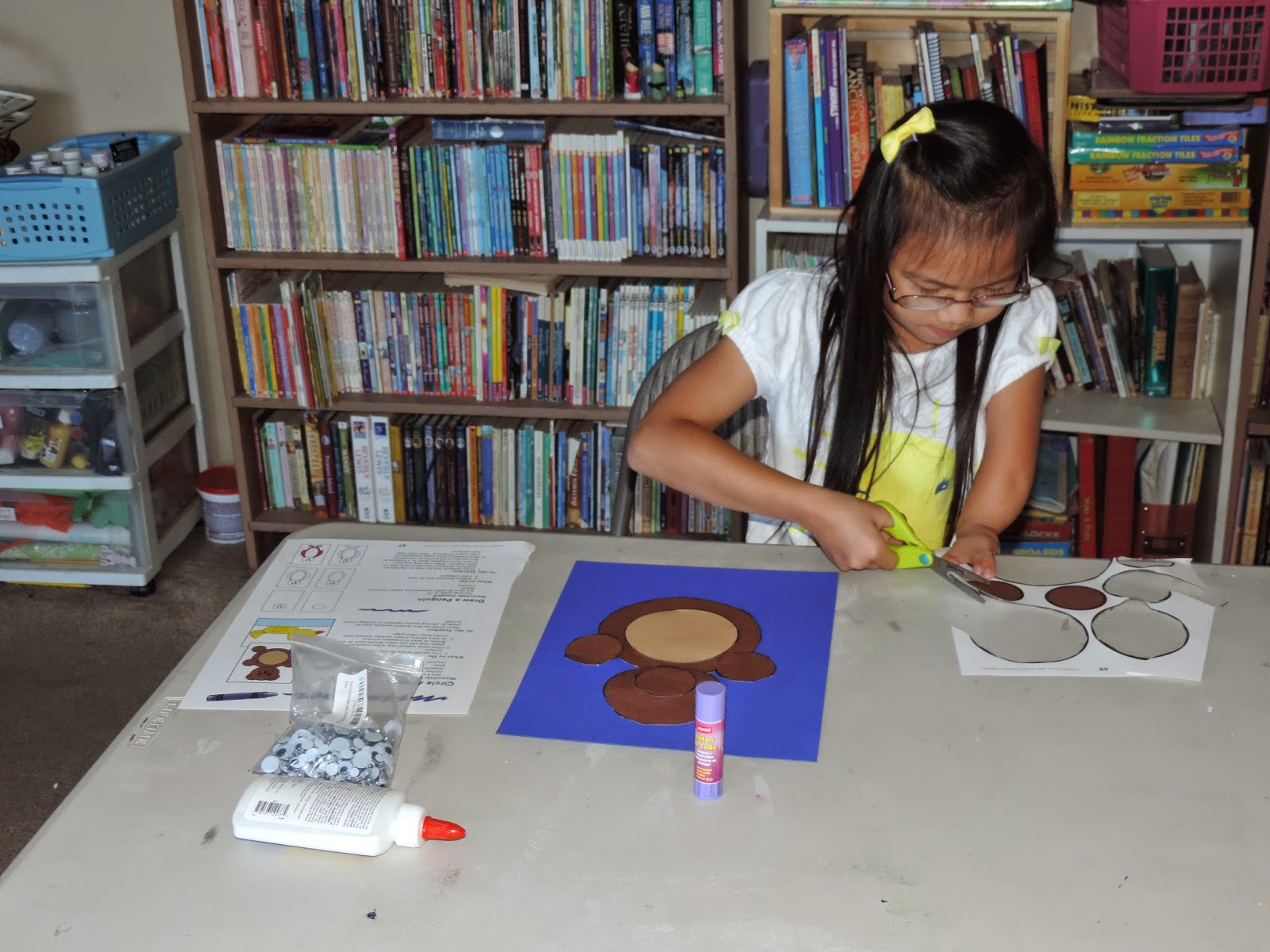 which has been a good way to practice cutting and gluing projects. 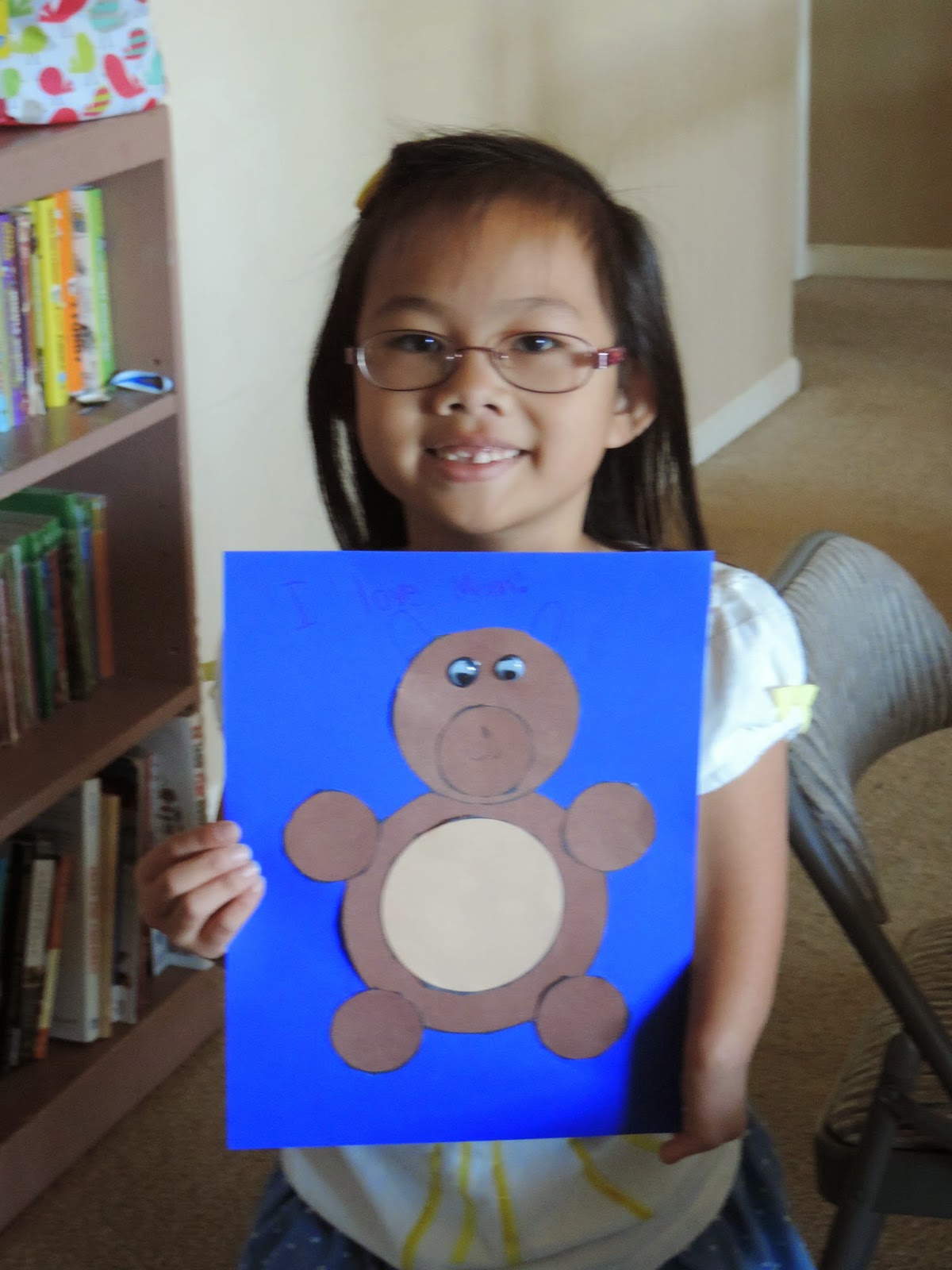 We had a little oopsie on the bear.  The "muzzle" circle was supposed to be cut in half and used for ears.  She ended up drawing on ears, instead. 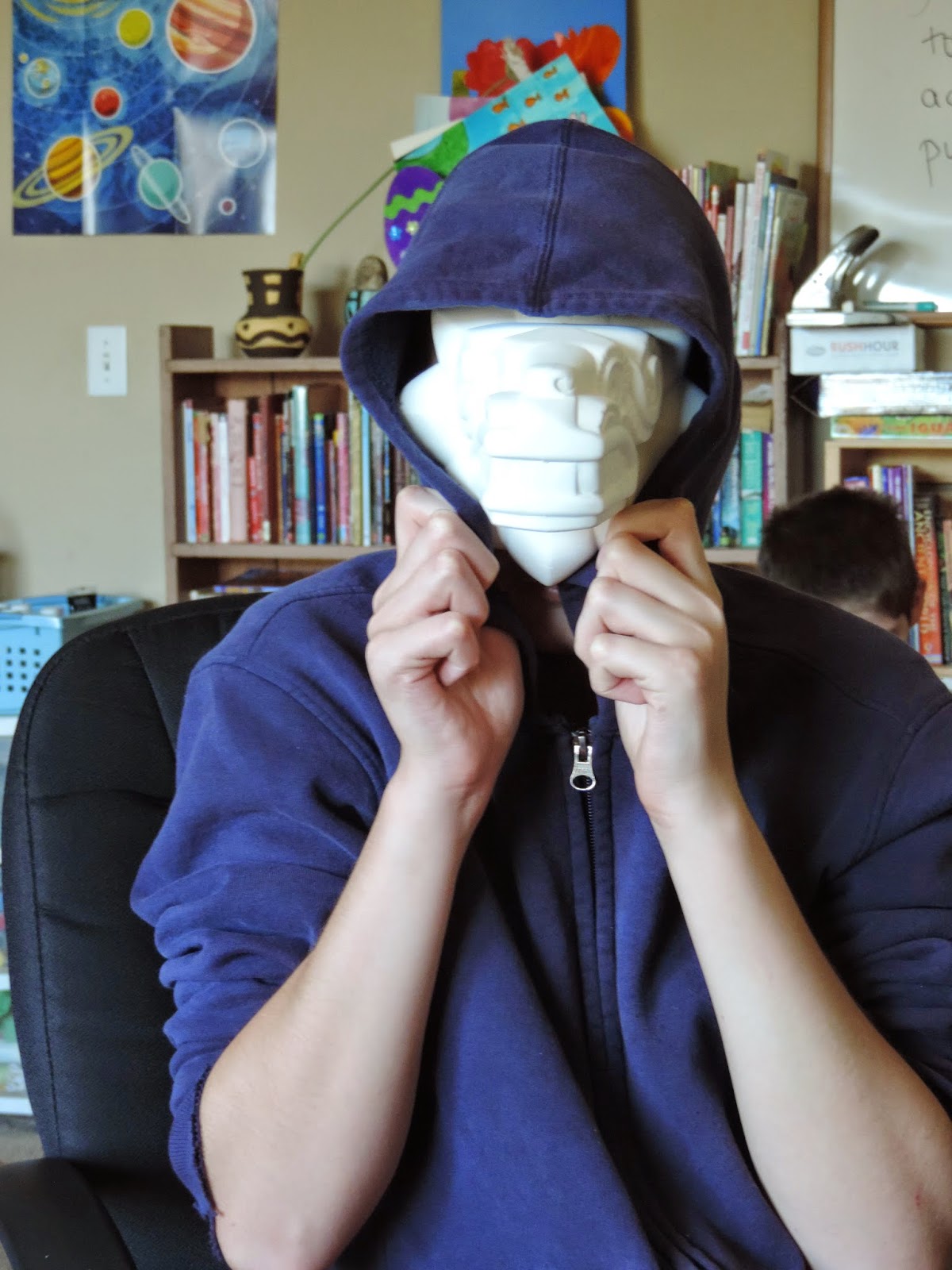 Our final Art In History project for the year was Quetzalcoatl, from the Aztec Empire. I'm a little disappointed that MFW only spends about a week on Inca, Aztec and Mayan civilizations.  After allllll the time we spent on Egypt, I would think such interesting cultures would get more than a passing glance.  Maybe next time around I'll plan a longer unit. 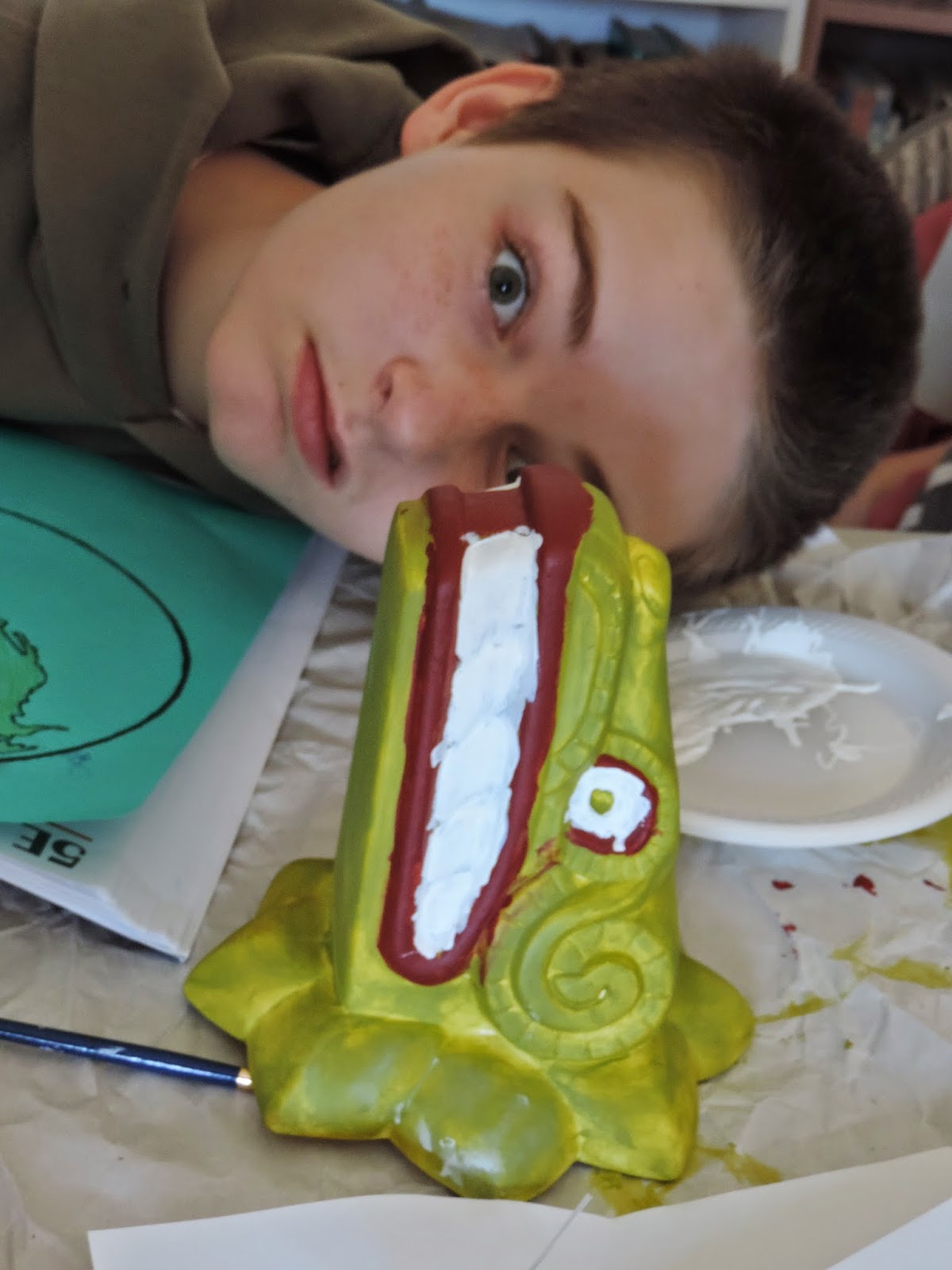 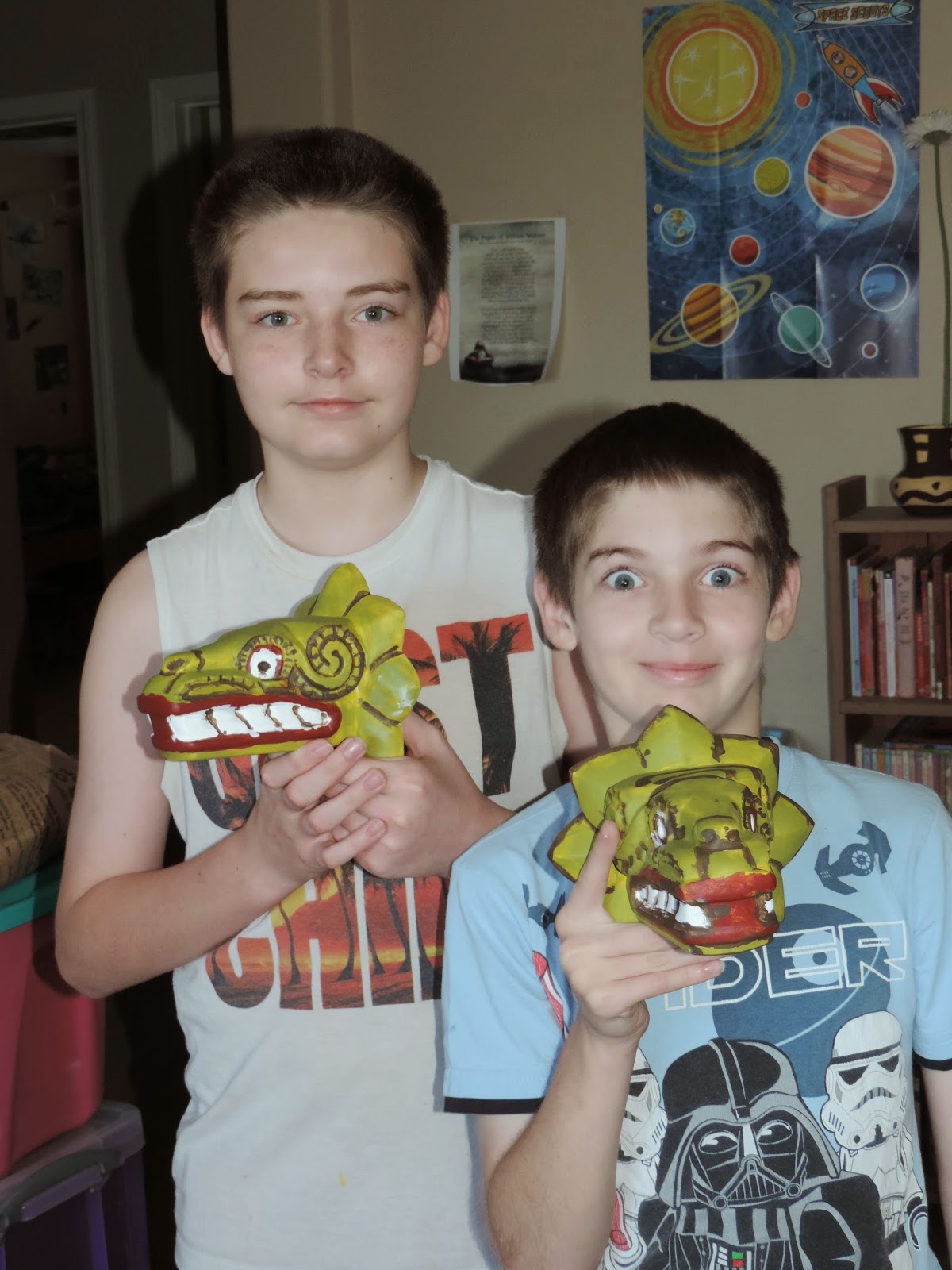 And both boys' finished sculptures.  I have to say, I really love these kits.  We have quite a collection of finished pieces now, since this was our second year using them.  Next year, we'll be studying US History.  I haven't decided which pieces we'll make from this line yet, but there are some interesting choices. 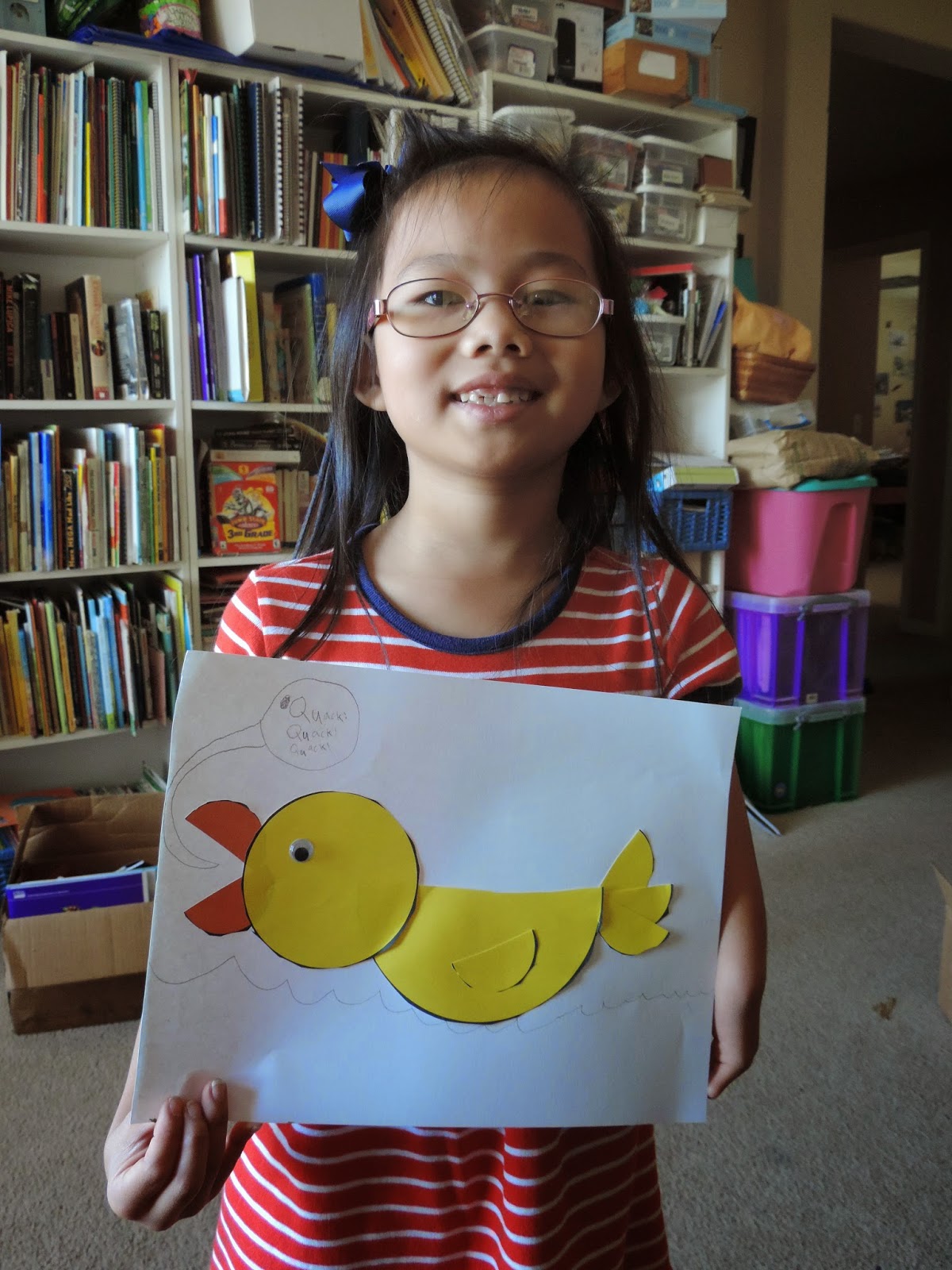 Another art project from Hannah! 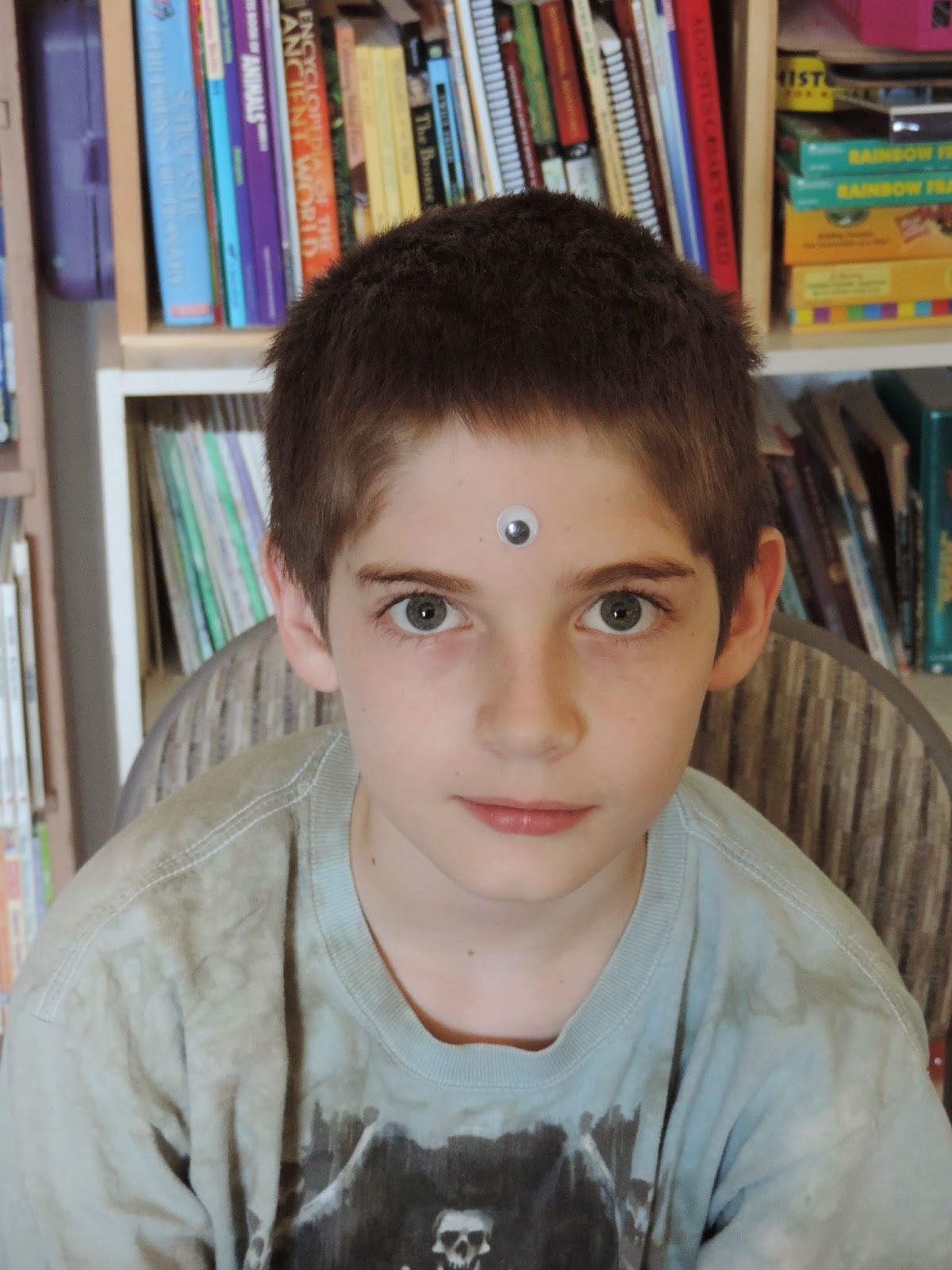 Who seems to have left the googly eyes out.  Never a dull moment around here, I tell you. 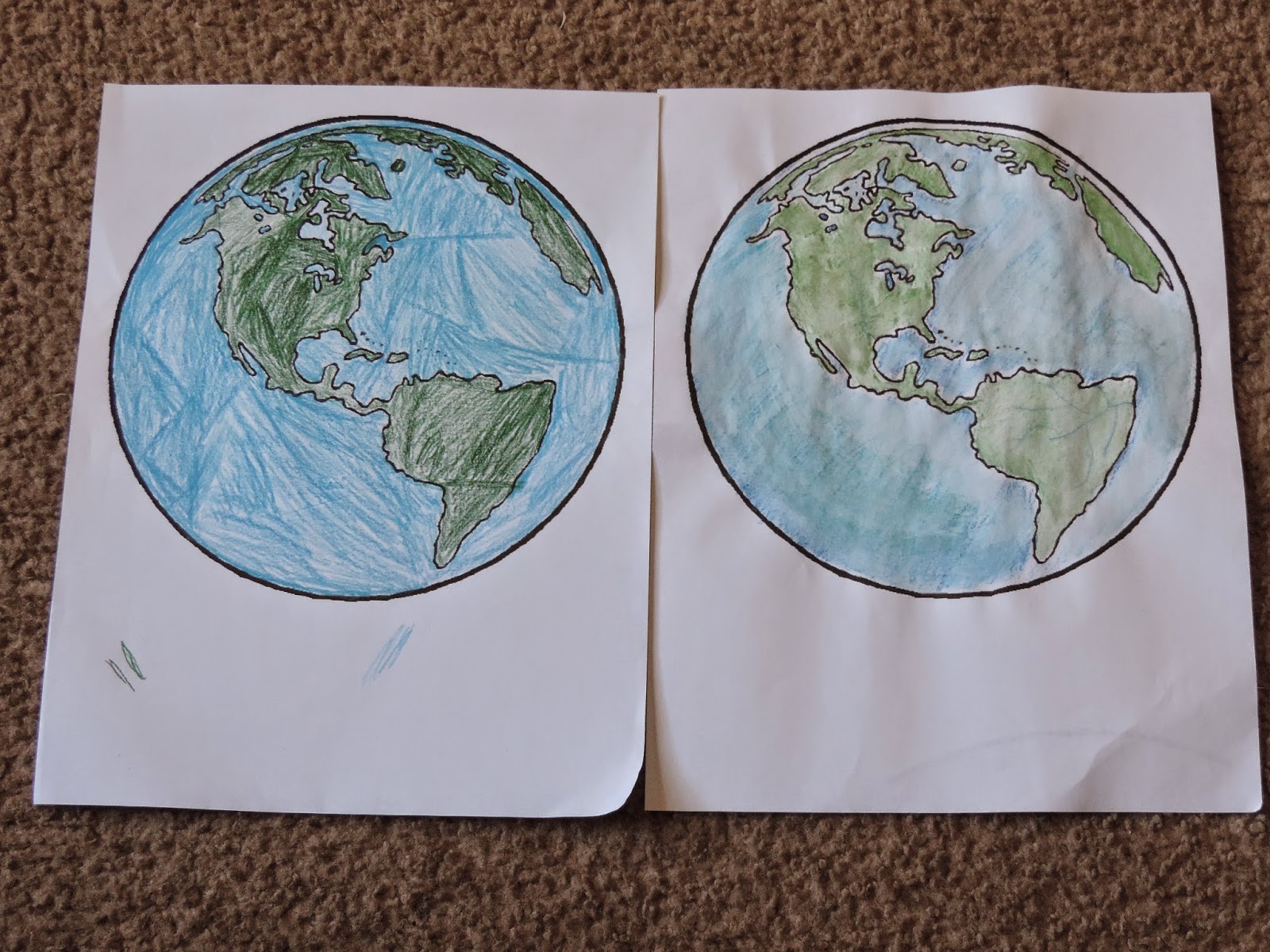 So, this is actually from last week.  You know, in honor of Earth Day?  We colored globes with our new Watercolor Pencils

.  These were a big splurge for us, but I had earned a $50 Staples gift card from MyPoints, and I had a $10 coupon, so we picked out a treat to go with our paper and other essentials.

Jack's is on the left, mine (after being brushed with water) is on the right, and Eli's sat in my stupid printer for more than a week, because it's not scanning.  Grr!  I don't know what's wrong with it.  I've tried all the usual fixes, and it's just being ornery.

Anyway, after all my excitement over the watercolor pencils, the boys decided they liked their globes the way they were without water, so neither brushed theirs.  I like the look of the watercolor effect, and I'm looking forward to using them again. 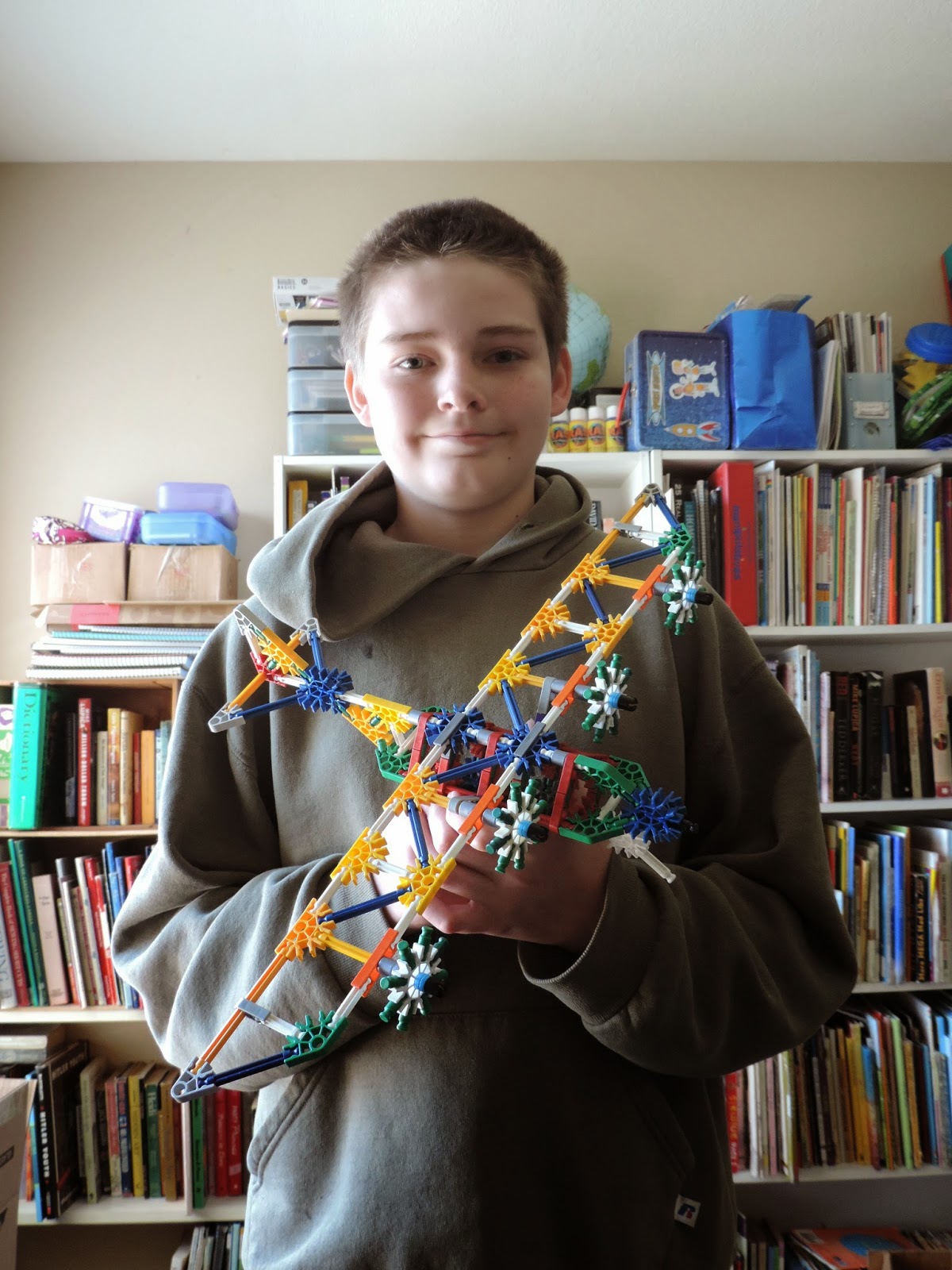 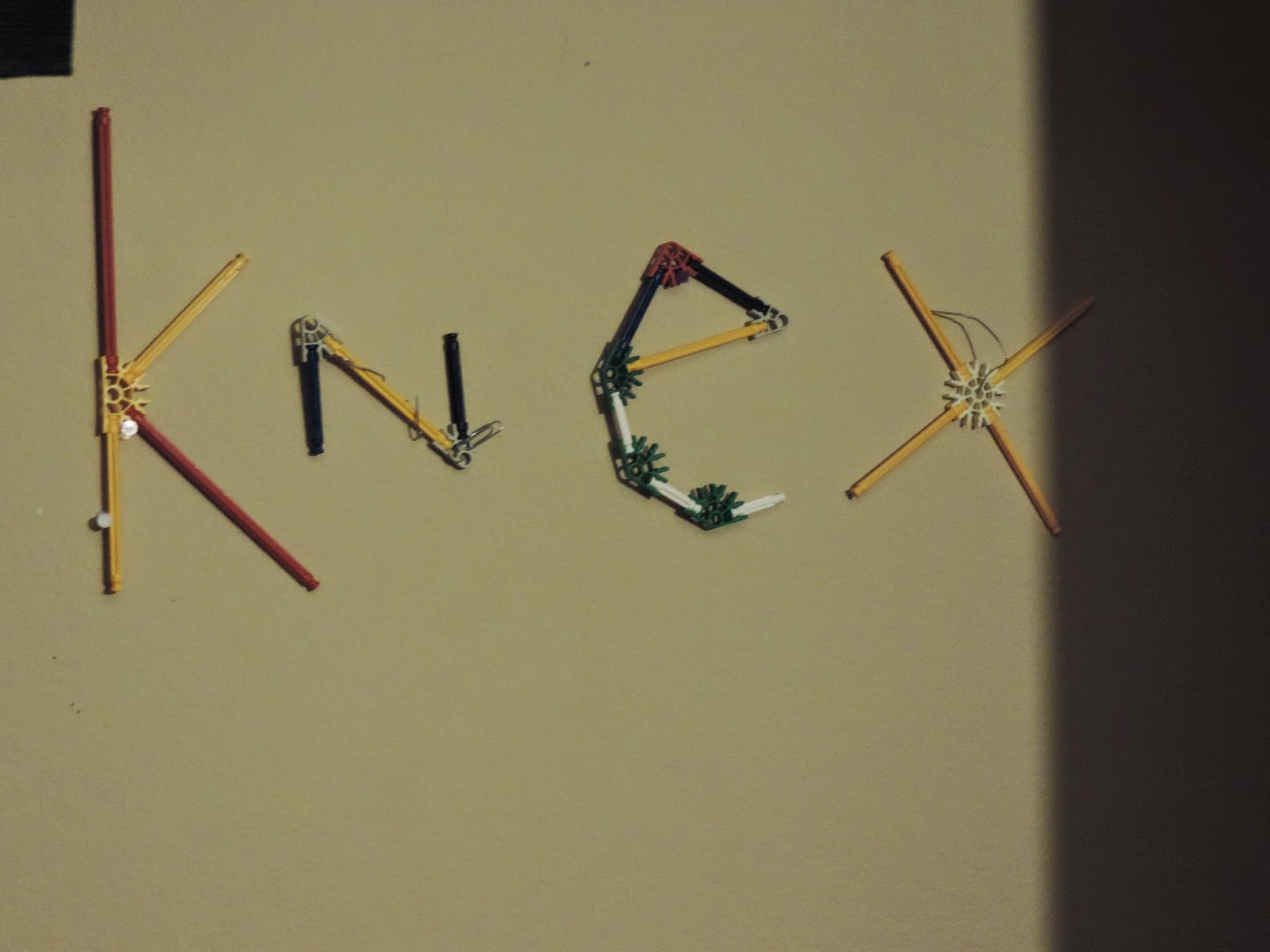 He's set up a K'nex station in his closet with some old drawers from the garage that Paul didn't need any more after he installed cabinets out there recently.  The sign above is hanging in his closet. 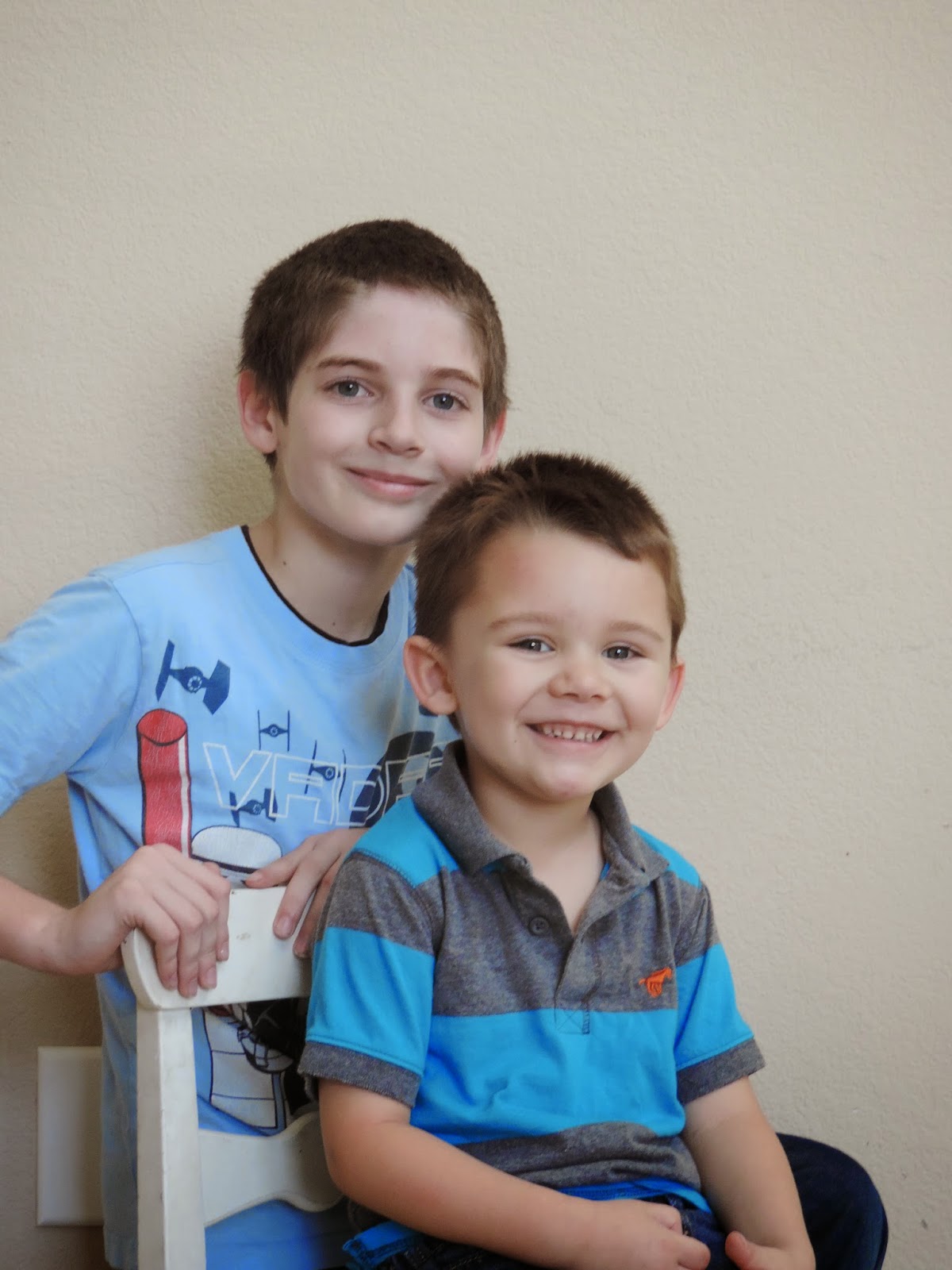 With Zach in the Middle East for 6 months, Brayden has been at our house a few times this week.  The kids love having him here!  Brayden plays well with pretty much everybody, but these two have a great time together.  Brayden doesn't like it when Uncle Jack has to do schoolwork while he's here. 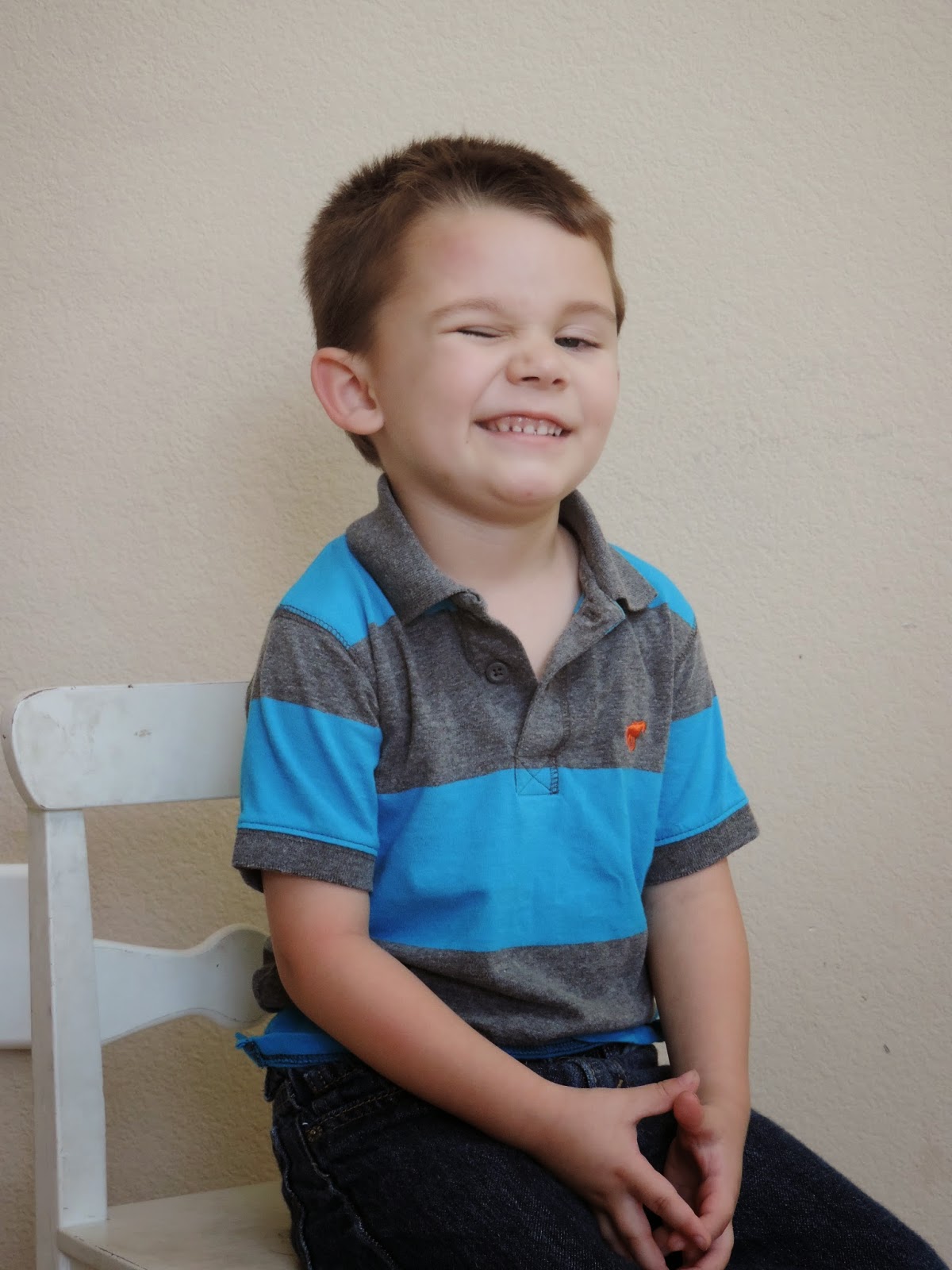 I thought it would be fun to take a couple pictures of him while he was here and make a Mother's Day card for Heather. 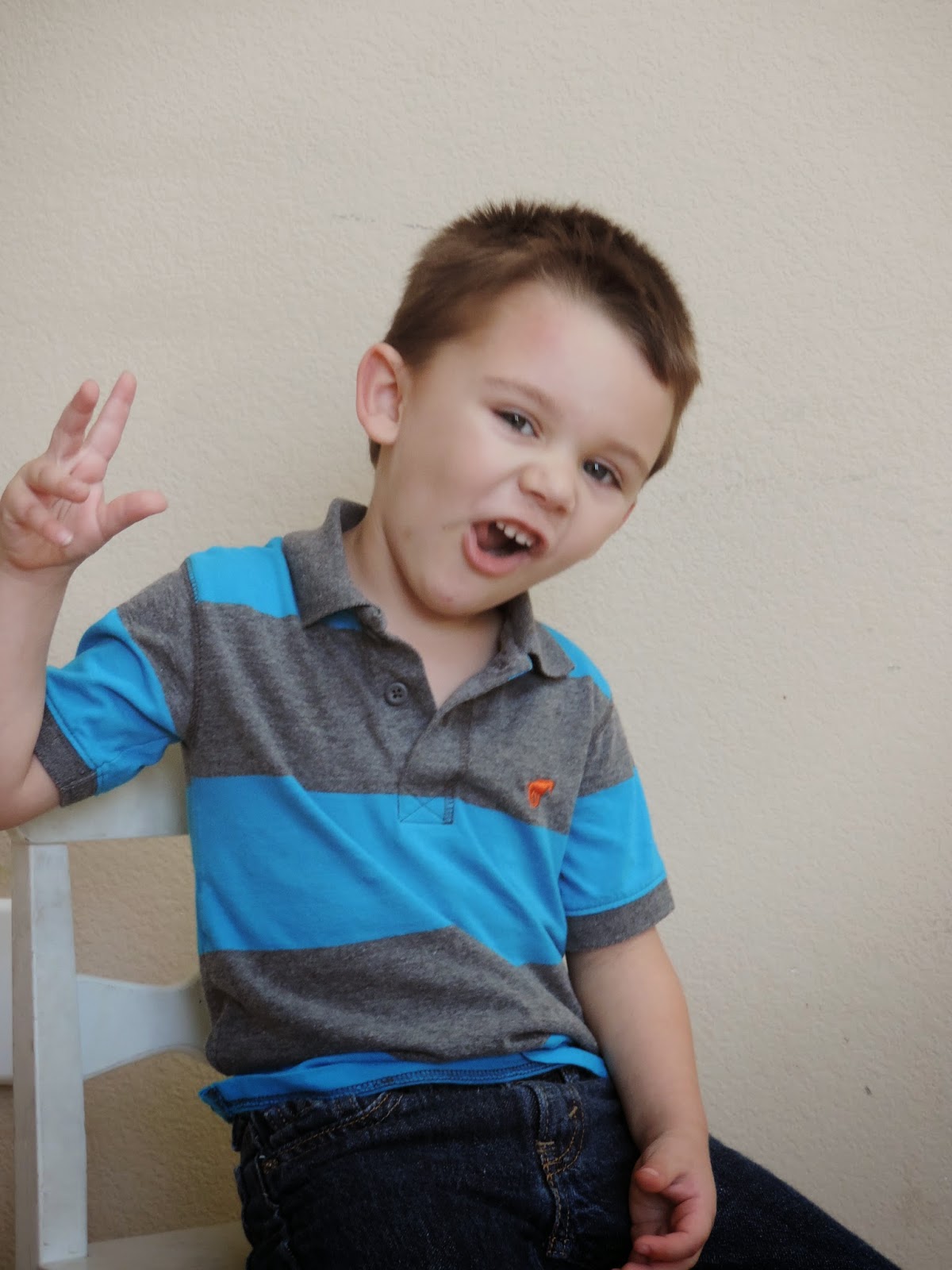 For such a cutie, he can sure make some goofy faces.  I did manage to get a couple nice ones, but there were a lot of "out takes."

We've been learning about the Renaissance and the Reformation this week.  With only a hair over 3 weeks worth of curriculum left in the book, Rome to the Reformation, we're slowing down a little, lightening the load a bit.  Jack finished his Spelling You See book this week, and will be doing Word Building I happened to have on hand to bridge the gap between now and the end of the school year.  We just started a new review product that will hopefully be the last "heavy" curriculum review until fall, although I'm looking forward to a couple more "fun" review items coming soon. 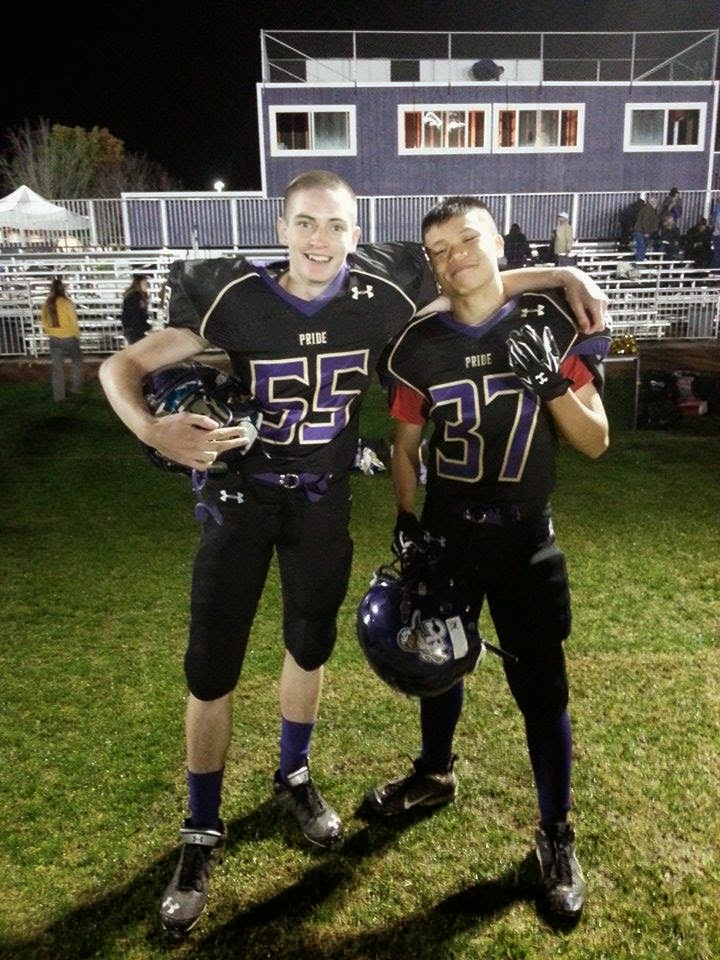 The parent meeting for football at Sam's school happened this week, and our calendar suddenly got a lot fuller.  Practice starts Monday, and the potential last game date of the season is the week before Christmas.  Football is a bigger commitment than it first appears to be.

Sam has also started working out with the Marine recruits at the local recruiting station.  He's wanted to be a Marine for the last 4 years, so he's pretty excited about getting closer to that goal.  This mama's heart, however, had a huge reality check picking him up from his first time.  I could hear the guys doing cadence as they jogged back, and it reminded me of seeing Zach graduate from boot camp 5 years ago.  I suddenly realized that this is the beginning of the end.  If all goes according to plan, I only have a little over a year left with him. 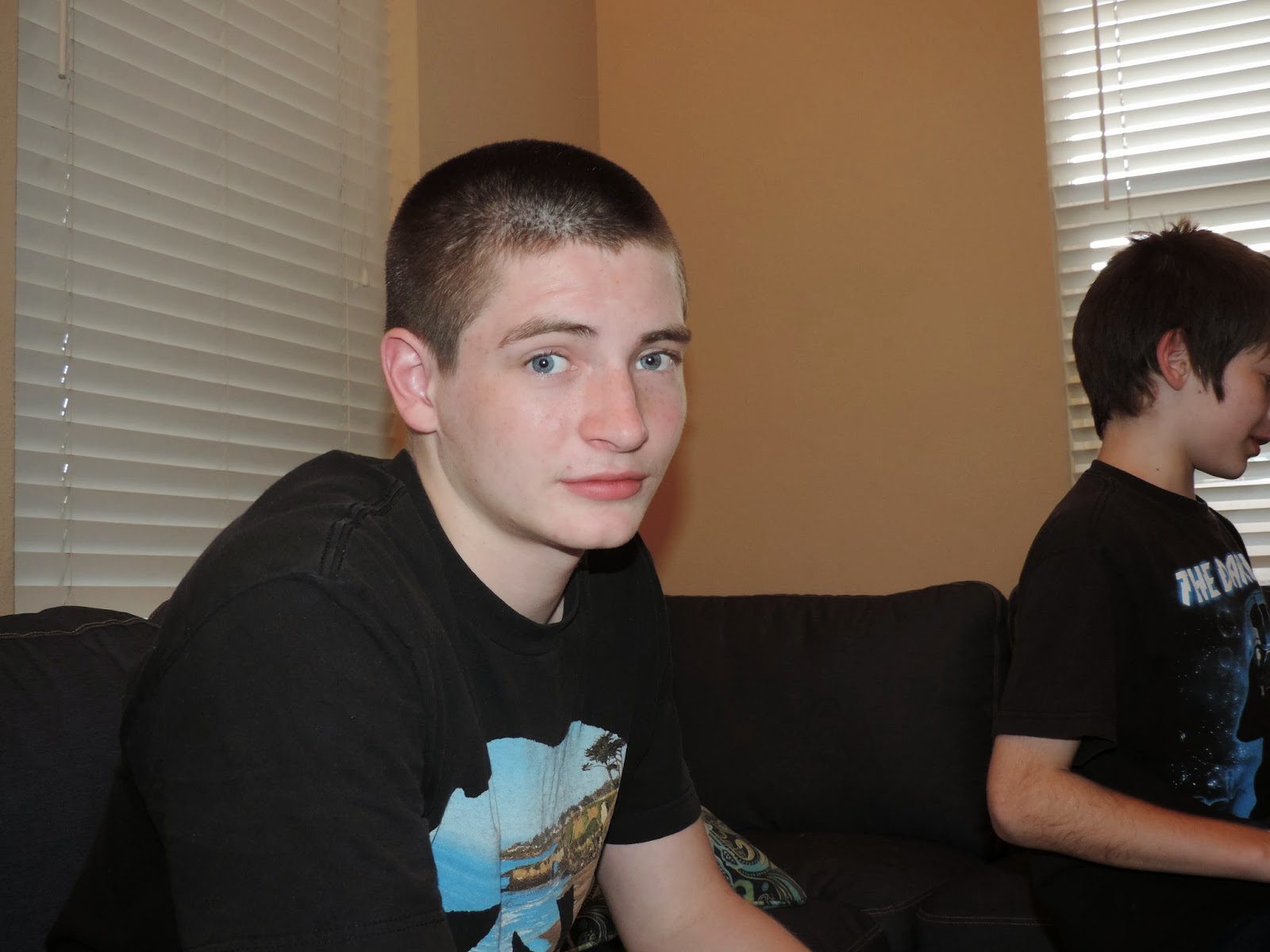 I'm gonna miss the lil bugger.  He and I went shopping for new running shoes for him this week, and we had such a great time together.  Don't blink, mamas.  I swear he was just this kid a few weeks ago: It goes so fast.


Linking up with Home to 4 Kiddos and: